Mobile phones are essentially a hub of important and personal information. Because of how important it is to people’s lives, all kinds of data can be accessed through a smartphone, which makes it a target for data leakage and data threats to privacy. With how common scams and privacy threats are, it is fair for people to ask: is it safe to store your personal data on your phone?

This is why it is important to have a good security app on your phone to protect your information. These apps will help prevent hackers from accessing any, and even all, information in your phone. Here are the 8 Best Anti-Hacking Apps for Android phones. 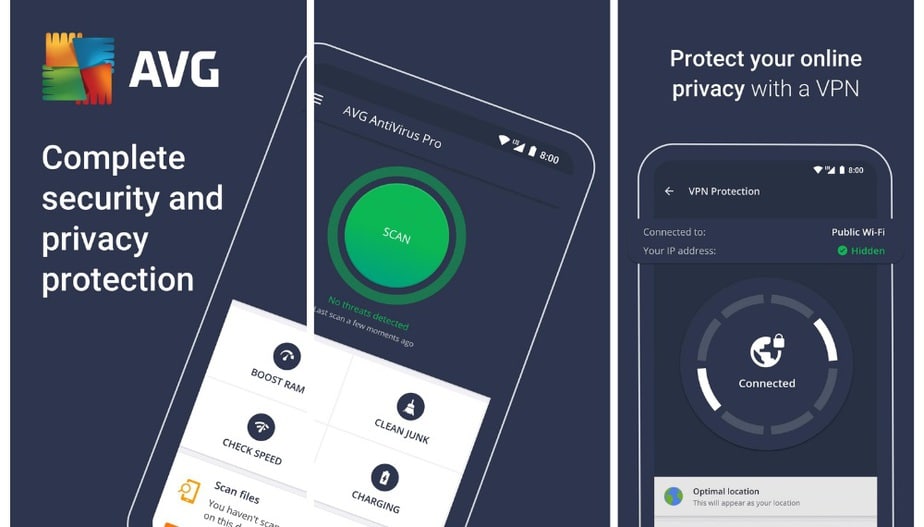 The first security app on our list is AVG AntiVirus, which was developed by AVG Technologies under Avast Software. This is one of the best antivirus software that you can install on your phone because it includes everything you need to keep you generally protected. It has features such as a virus scanner, anti-malware programs such as periodic scanning, Wi-Fi security, junk cleaner, ram booster, call blocker, power saver, and many more.

AVG Antivirus is a premium software. You can download it for free and purchase its trial period for 14 days, but after the trial period expires, you will have to subscribe to a plan if you want to keep using its features. There are other apps under AVG that you can add to your phone to complement your antivirus software, such as AVG Cleaner, AVG Secure VPN, Alarm Clock Xtreme, and Gallery App. 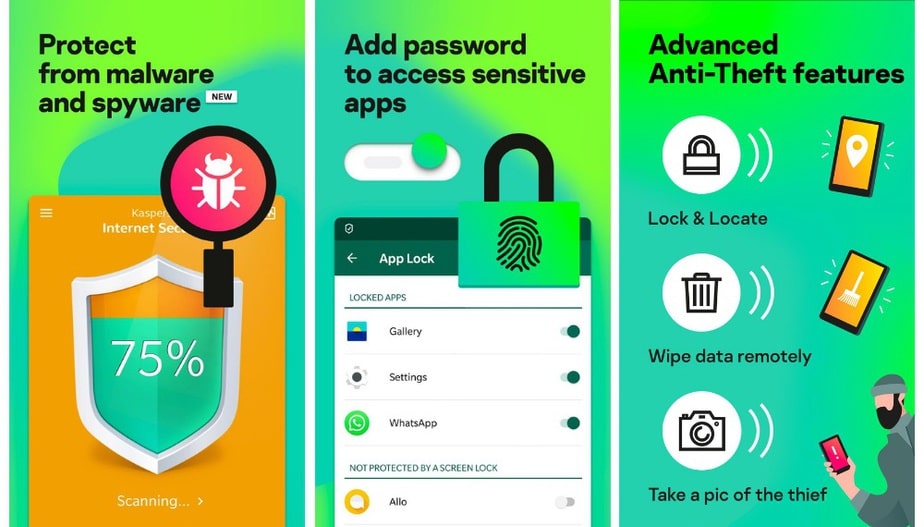 Another free security app available on the PlayStore is called Kaspersky. You can use Kaspersky for free, but you can also purchase the paid version to use all of its features. Under the gree version, you can scan for general threats to your application, such as malware and viruses. The premium version is more thorough and includes real-time protection, anti-theft, anti-phishing, and app lockers to provide extra protection. Kaspersky features a 30-day free trial for the premium version if you want to try it out. 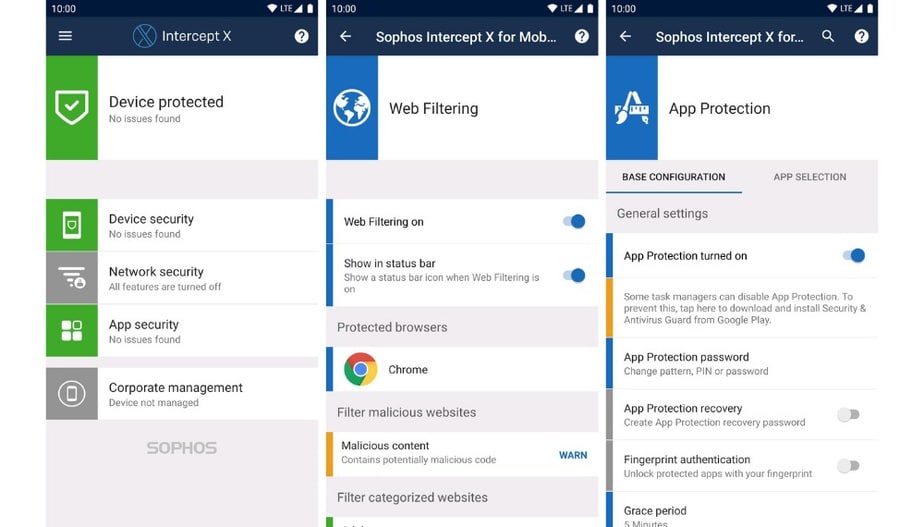 If you’re looking for a high-quality, free antivirus app for your smartphone, look no further than Sophos Intercept X. This app does not have any ads that can mess up your scanning and cleaning process, and it has all kinds of in-depth features to ensure your protection. You can also opt for additional features such as loss and theft protection, app locker, security advisor to make you better device security, call blocker, and authenticator among others. 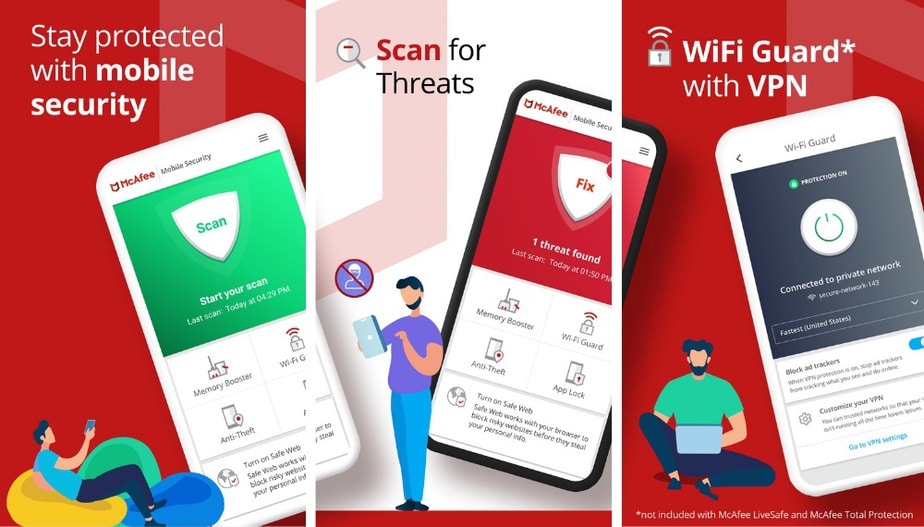 McAfee Mobile Security is another popular antivirus software that can also be downloaded on Android smartphones. What makes this app unique is the inclusion of a Theft Cam tool. This app makes it possible for your phone to take a picture of anyone who tries to access your phone without your permission. If someone gets a hold of your phone and cannot bypass the password set in the antivirus software, it will automatically lock the device down after three failed attempts. Besides the Thief Cam, McAfee Security also has a VPN proxy feature that protects your online activity by encrypting your data so that you can’t be tracked by any potential hackers or threats. 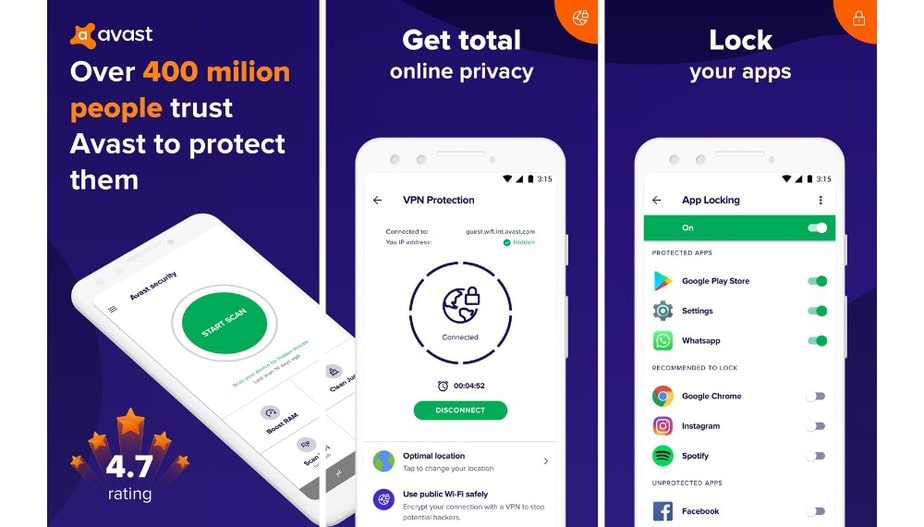 The Avast Antivirus and Security app protects your online activity, such as what you browse and search online, and your conversations with people. It features a VPN that you can enable whenever you want to, as well as a password manager to help you keep track of your login information, while also securing it from other people. Its other features include a data shield to secure personal data such as photos, contact information, or other similar files from being erased. It also does its best to keep itself ad-free and has other options to help clean junk off your mobile phone. There are other features that you can explore after downloading Avast on your Android phone. 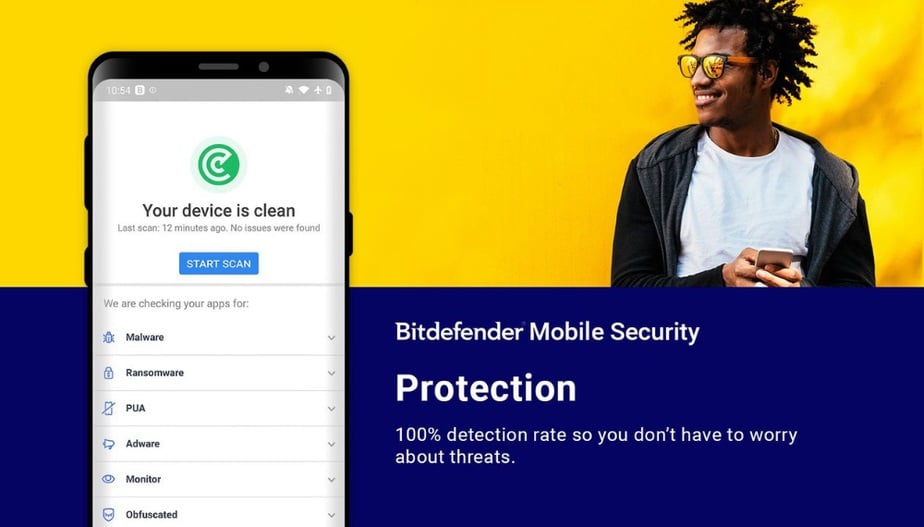 Bitdefender is an antivirus software that has everything you may need and want from an antivirus software. It protects you against potential malware and virus attacks by warning you of harmful websites. It also features power managers to optimize your phone’s battery usage, which helps in making it perform faster. You can also use Bitdefender to monitor your phone and linking it to your other devices, like an Android smartwatch, to let you know what activity is happening on it and where it is at all times. 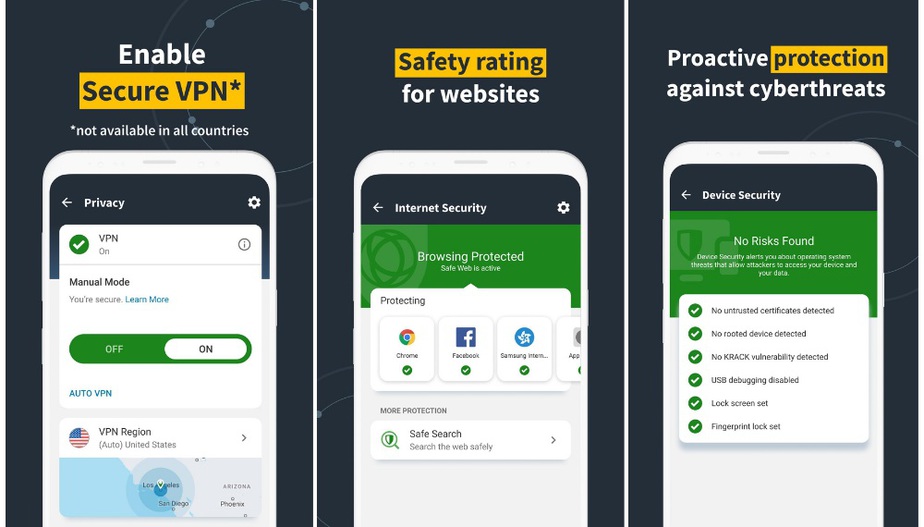 Norton is another company well known for its antivirus software, and its features can now also be shared on the mobile space. The Norton 360 app is generally used to prevent malware and potential threats from infiltrating your phone. It does this by tracking your Wi-Fi network and monitoring it to make sure that scammers can’t access it. It also provides different solutions to help you better protect your phone, depending on what kind of fixes it needs. Norton also has a VPN feature that can protect your IP location so that no one can see where you’re using your device from. 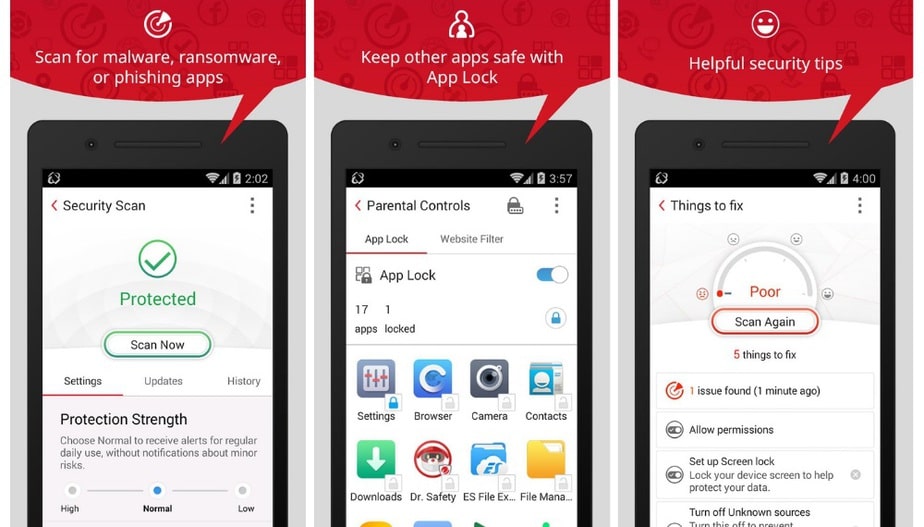 The final antivirus software app for Android on our list is called Trend Micro Mobile Security, and it is one of the newer antivirus apps available to Android users today. This app can protect you from all kinds of hacking attempts, as well as spam or crypto-mining threats. It is one of the most comprehensive software that aims to prevent even bank theft and fraud–issues that people have when it comes to their online information. Besides these, there are other tools that you can use such as a privacy scanner for added protection.