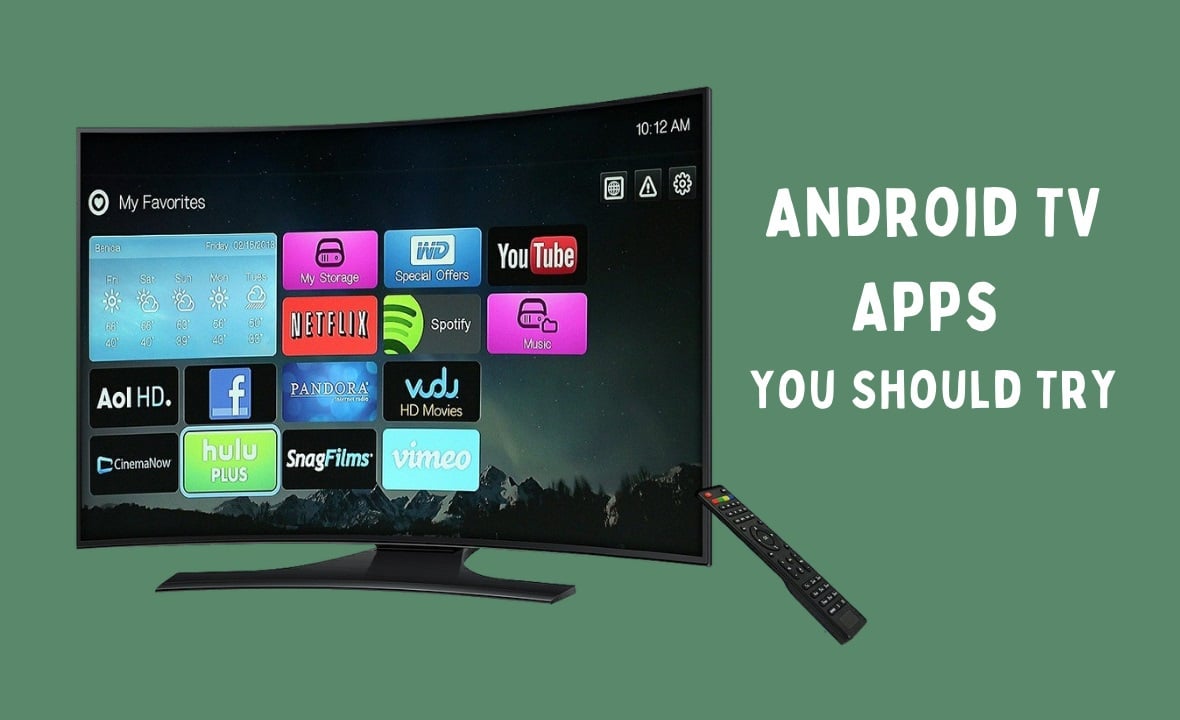 Modern technology is not just a groundbreaking improvement in the case of computers and smartphones only. Smart TV is another blessing. Much like making our life easier with an Android smartphone, Android has started offering us Android TV and a lot of its features. You will run hundreds of useful Android apps from the Play Store on Android TV. But not all of the Play Store apps are useful and beneficial. Even figuring out some very helpful apps is really difficult.

With Android’s high compatibility rate, there are several TV apps that you can download to keep you amused while you’re locked inside. I have looked through many TV apps to get the best ones you can download right away. 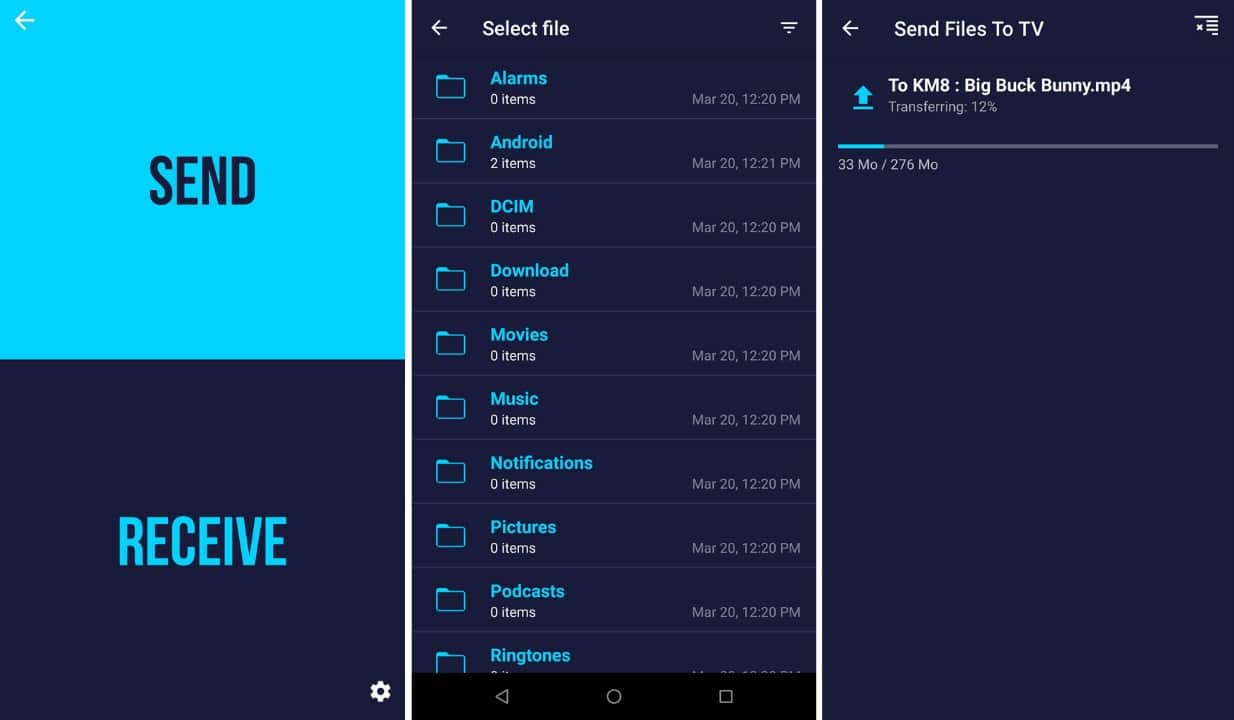 Send Files to TV is one of my favorite Android TV apps. There are times when you want to upload videos, photos, or music files to your TV, and that’s when you know you need a thumb drive to upload the files. However, sending files to the TV app makes it seamless via wireless transmission. You just need to install the app on both your TV and smartphone, and you’ll be able to transfer the files as though you’re sending the WhatsApp forward.

Remember that you have to be on the same WiFi network for this to operate. Talking about the performance of the app, the transfer speed is pretty good, and I’ve rarely seen any failed transfers. Simply put, if you’re looking for the best app to upload files to Android TV, SFTV is the one you should choose. 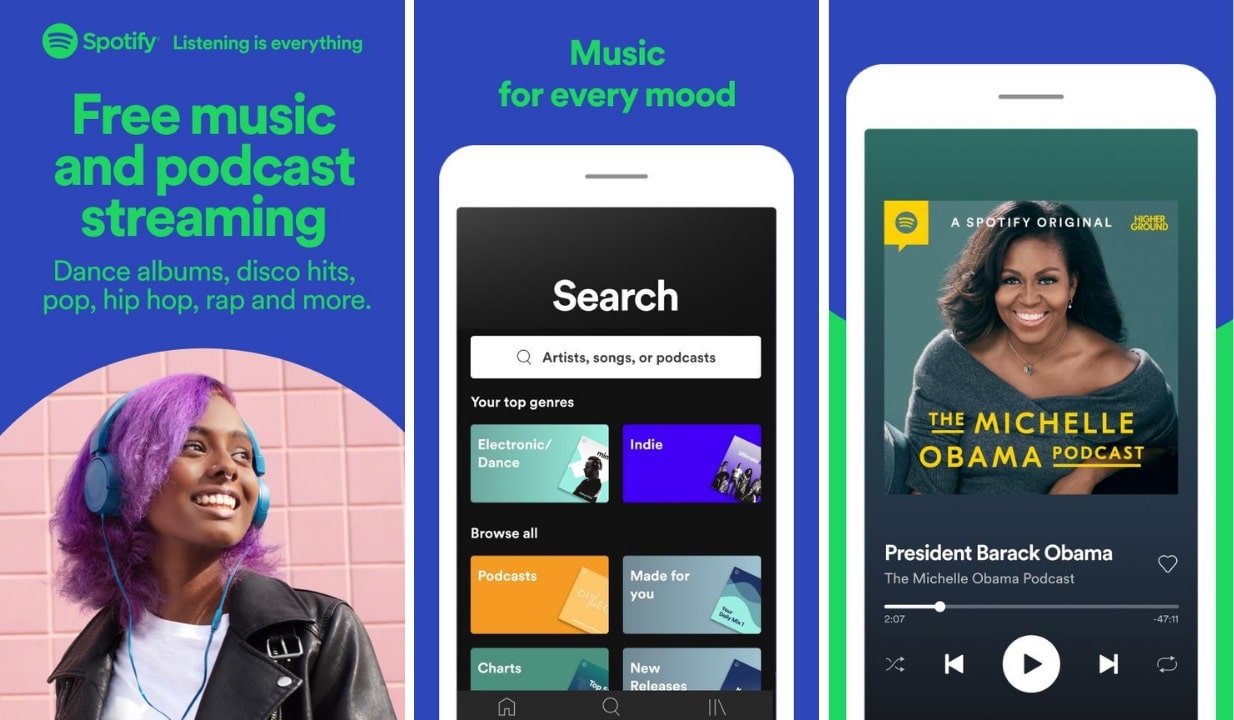 Most people stream music these days, and a lot of common services are available on Android TV. The list is much shorter than video (for obvious reasons, TV is a video platform), but it does include some big hitters like Spotify, Pandora, Vevo, and iHeartRadio. These features are almost the same as video streaming sites. You download one, get a subscription (if you want to), and use your TV to blow up some songs. Each app has its ups and downs, but generally speaking, it comes down to what you want rather than some objective comparison. They each play tens of millions of songs. Spotify is the heaviest hitter, and you can still use Google Play Music until Google shuts down the service at the end of 2020.

Also Read: How to use Spotify Connect 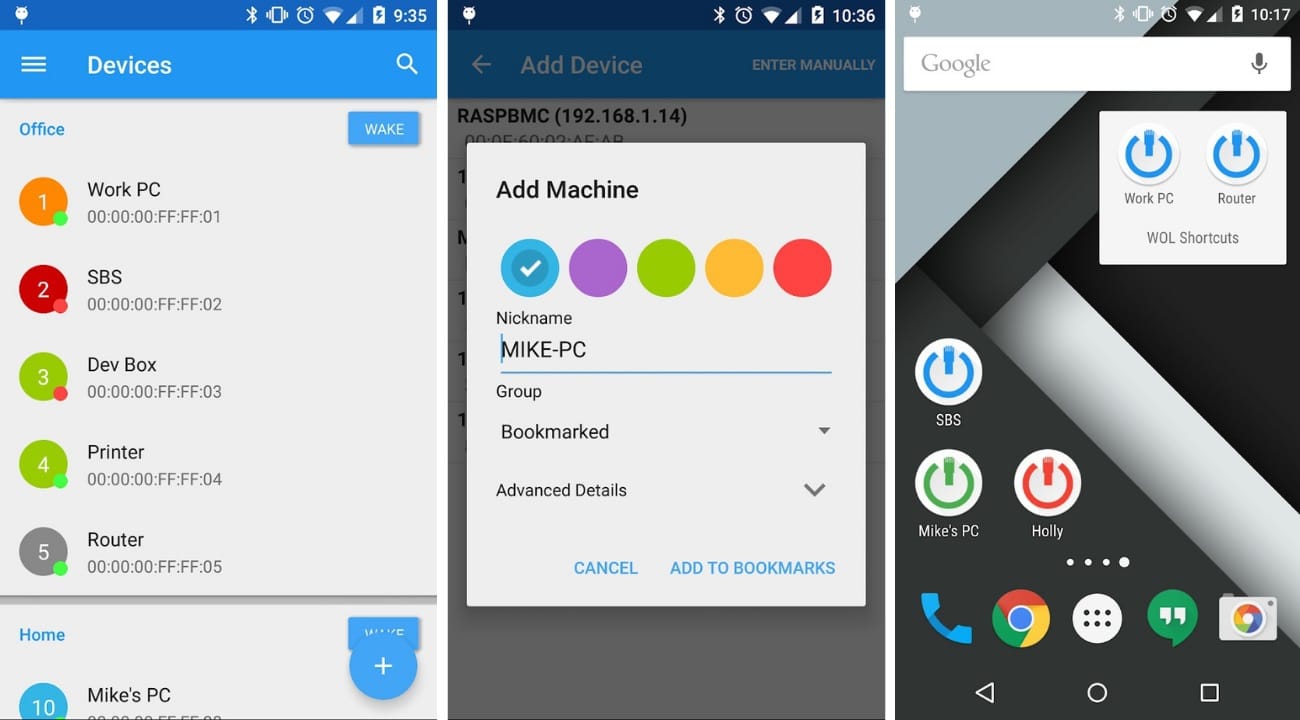 Some of the apps included in this list use in-home or DLNA streaming in one way or another. By default, you need to have your media server, app, or whatever streaming data you store on, but you won’t need to think about it anymore, thanks to Wake On LAN.

That’s because this app lets you wake up remote devices on your network, creates a list of devices, and then wake them up with a click of your remote TV. (You may need to make sure that the system in question supports Wake on LAN, which most modern devices do.) 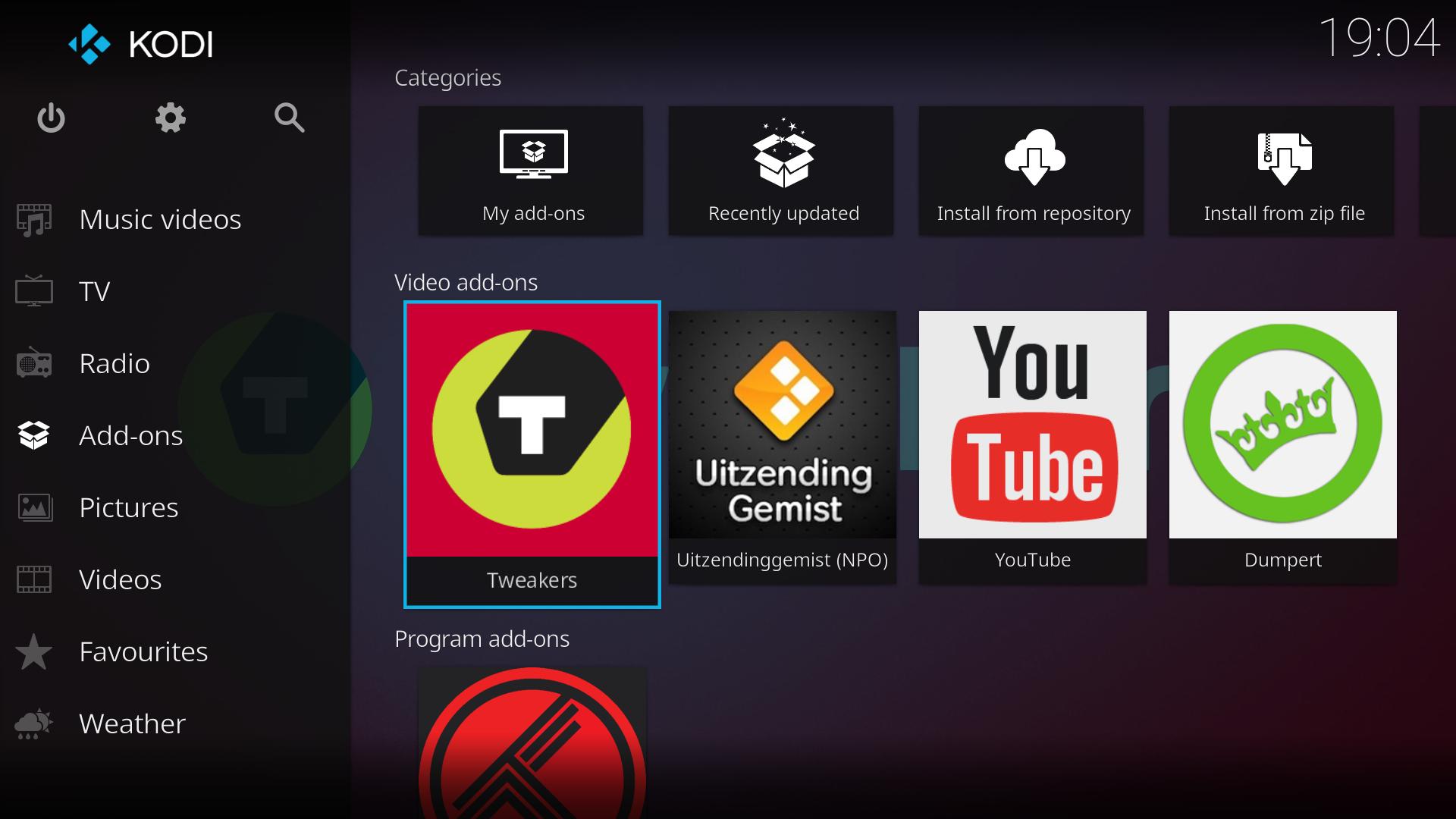 Kodi, a super media platform that doesn’t require much introduction, is one of the best ways of streaming from different home devices on your home network – from Wi-Fi media centers to PCs. But for many people, the real selling point here is the infinite wealth of add-ons that offer you access to streaming services from around the world. Some of these are famous sites like Fox Sports and BBC iPlayer.

Other Kodi add-ons are a little more underhanded, offering streams set up by Kodi users all over the world that let you watch free international TV, cable, and movies. It’s up to you to decide what’s legal and what’s not, but the point is that there’s a massive amount of stuff that Kodi can use for.

Also Read: How to mirror Android screen on PC 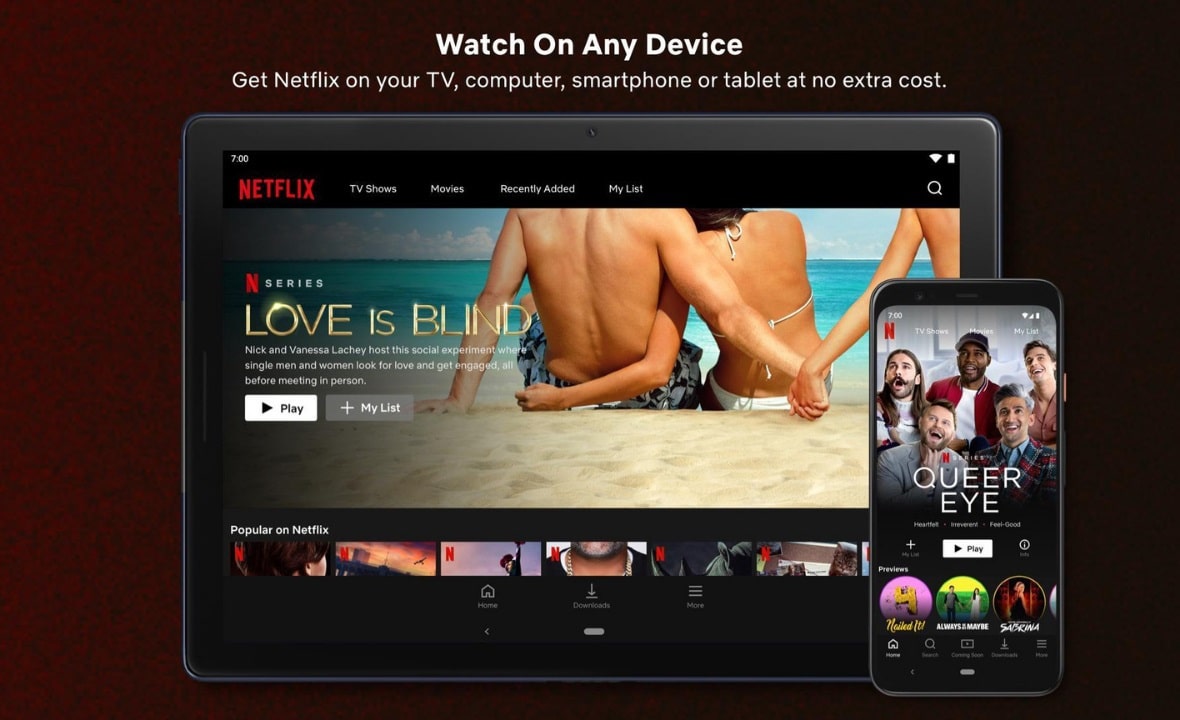 Most of the streaming services have Android TV apps. The services available include Netflix, Disney+, Hulu, Amazon Prime Video, HBO GO, and several more. Each of these apps is running well on Android TV most of the time. You subscribe to them, you get all sorts of original and old stuff, and you can watch anything you want. The list is growing almost constantly, but the most popular ones are still the most popular, at least for now. A quick search on the Android TV version of the Play Store should send you essentially any streaming service you know, and maybe a few that you didn’t know about. 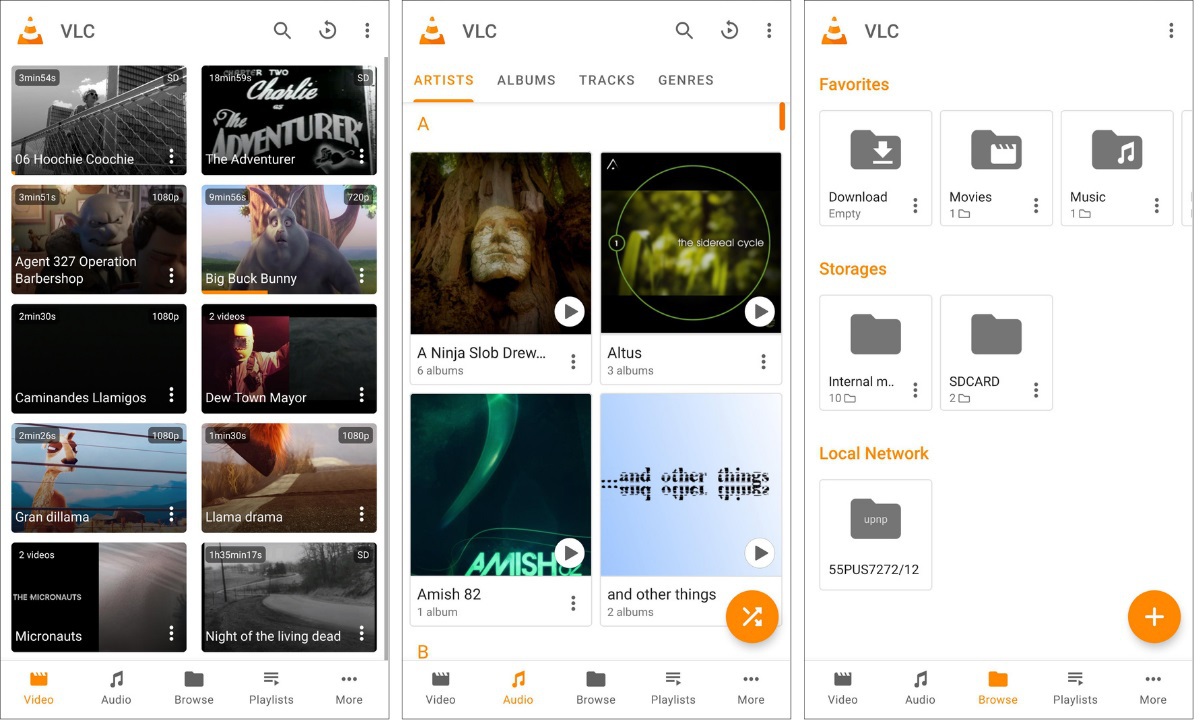 VLC Media Player is a top-rated video play app. The app supports almost any file format and can play videos encoded in a wide range of codecs. VLC can also quickly decode videos that use the HEVC codec H.265. Add to that the intuitive interface and the reliability that VLC provides, and you’ll know why VLC is so commonly used. The VLC app automatically categorizes your media to Video, Audio, and more. Plus, with the app’s settings, you can monitor stuff like hardware acceleration and more. On Android TV boxes such as the Mi Unit, VLC comes pre-installed but can be easily installed as available on the Android TV Play Store. 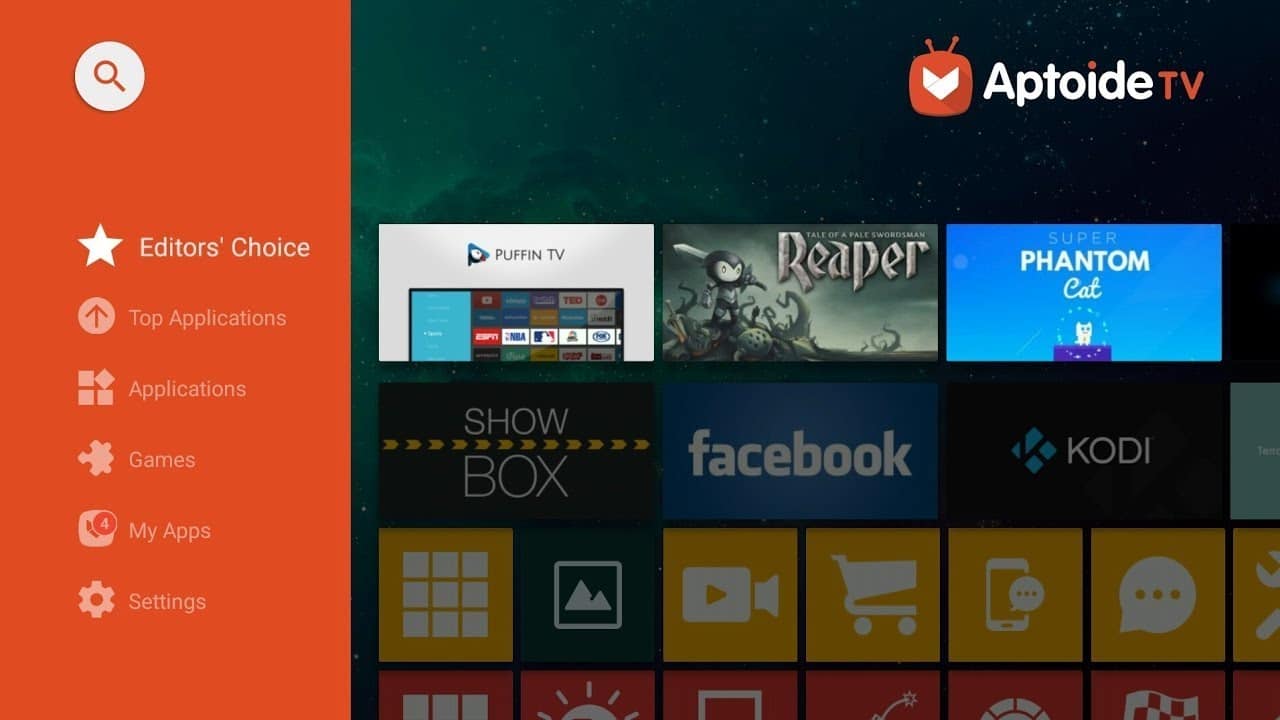 Aptoide is simply one of the best Android TV apps because, without any geo-restriction or Android TV compatibility issues, it enables you to access thousands of Android apps. If you don’t remember, Aptoide is a third-party app store much like the Google Play Store. You can discover and install applications that are not otherwise available in the Play Store. If you’re concerned about the reliability of the app, well, Aptoide is directly funded by developers, so no middlemen are repackaging the apps.

In addition to its powerful streaming capabilities, Android TV can play emulators, run apps, act as a media player for your digital files, and connect to a TV tuner. I’ve enlisted the best Android TV apps that appeal to various tastes. While there are bound to be more options on the web, I’ve tried to be flexible in terms of knowledge and entertainment.