Most of us are fascinated with things relating to Space. From kids to adults, people have been inclined to patronize space-themed stuff. Maybe because space is depicted as a sparkly and vast environment and it’s up to us to imagine what else is there.

When it comes to mobile games, Space-themed games are also popular games. It is so popular that so many developers created games with space as the main idea. We’ve listed some of the best space games available in Android for you to check out, and together let’s explore the universe.

You may also like: 10 Best Space Combat Simulation Games 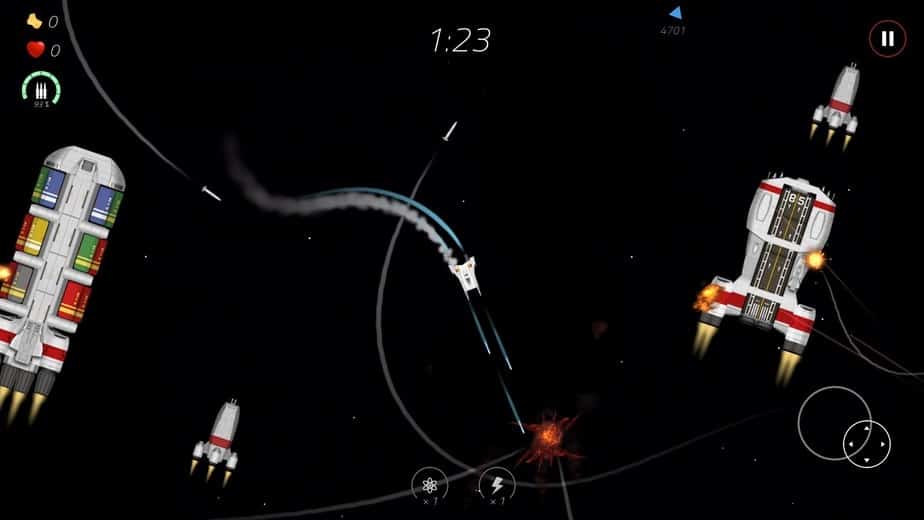 2 Minutes in Space is a stimulating space game. It is great for players who want to be challenged. The gameplay revolves around flying your spaceship along the big universe. The challenge is to get away from gravity fields, asteroids, and missiles flying your way to survive the game. The game features 14 distinctive spaceships. You will get the upgraded ones when you conquer levels.

2 Minutes in Space has striking graphics with easy controls. It also features outstanding audio. This game is small but has a powerful effect. It looks easy to grasp at first sight but then really becomes difficult to master. It is a fun little way to challenge yourself in a galactic way. Probably, one of the best space games for Android. 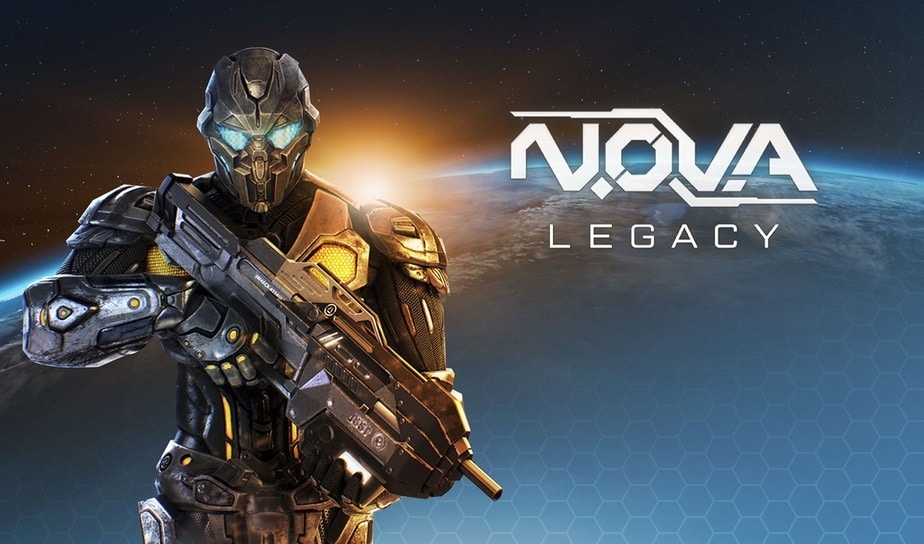 If you love shooting games like Modern Combat,  then NOVA Legacy is the best one for you. You take the role of a retired veteran summoned into space to kill enemies. It sounds like a usual shooting game, but with Space as your environment, everything would appear striking.

The game has different modes including playing a single-player deathmatch and Team Deathmatch. It also features mini-games and challenges like the Shadow Missions and Special Ops where you can win special rewards.

The most outstanding feature of NOVA Legacy is its high-definition graphics which are so good for the eyes. You will get to enjoy its story mode because of its astonishing depiction of the universe. It is indeed a fantastic space game for Android. 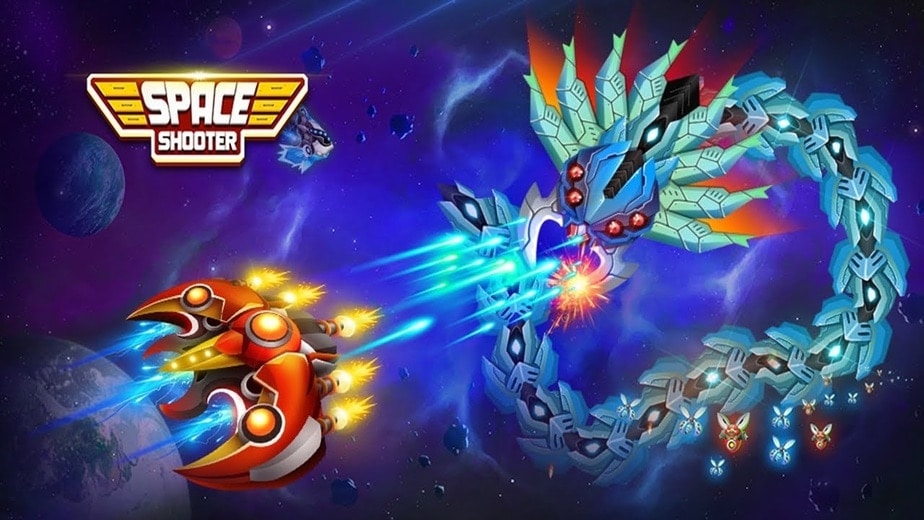 Among the many popular Space games available on Android is Space Shooter. It is a relatively simple space game but with a lot to offer. The gameplay, like most games, revolves around controlling your spaceships to conquer enemies by shooting them.

However, Space Shooter features several mini-games, boosters, and other exciting add-ons to keep players interested in the game. You play up to 200 levels earning several rewards and upgrading weapons along the way. The game also allows players to team up and take an enemy down together.

Space Shooter has fantastic graphical illustrations that everyone would enjoy. 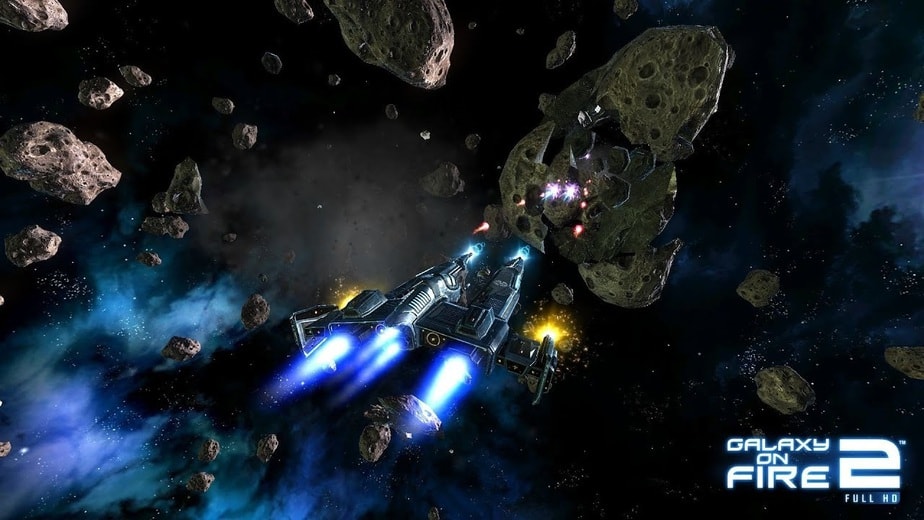 Galaxy on Fire 2 is another best space game for Android that will take you on an exhilarating space adventure. The gameplay involves the player as a space war veteran fighting against space enemies like pirates and aliens to save the whole galaxy.

Galaxy on Fire 2 attracts many players because of its boundless, open-space zone that features numerous amazing intergalactic items. Players are given more than 10 hours of action-packed adventures through its campaign mode.

If you loved a basic shooter game then there is no doubt that you will get hooked on Galaxy on Fire 2 because it does not only offer fantastic combat skills but stunning visuals as well. 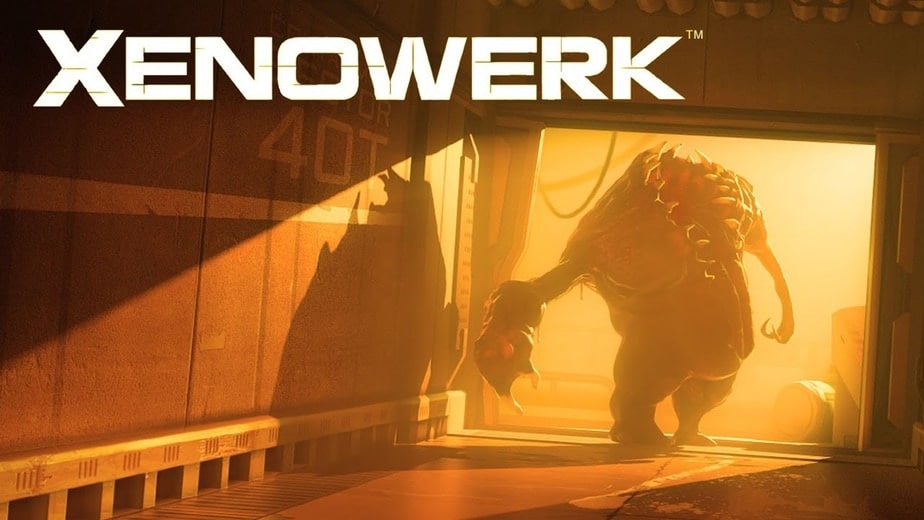 Another top-notch space shooter game that is good to go is Xenowerk. Like all the special action games, it offers full-feature fun and action. The gameplay is about a hero who will battle against all mutant enemies to save the universe. You will play as the final hope of the whole galaxy so you have a lot on your shoulder.

The game features a wide selection of extraordinary weapons and shields. The hero is also provided with super weapons to battle opponents. It features stunning graphics and easy controls.

Xenower is hands-down one of the best space games for Android. 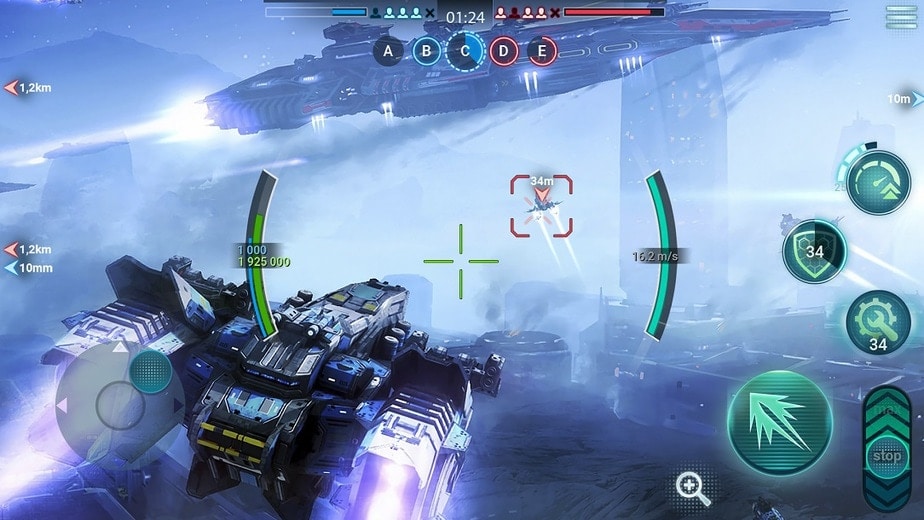 Among the many space games for Android, Space Armada stands out. It is a fantastic space game with promising action and adventure. Players are set to create their space base. As the level progresses, the availability of more upgraded spaceships and battleships is made. Players can customize their spaceships to their desired color and aesthetics.  There are so many amazing items that are featured in the game. And these items can attract players making the game loved by many.

Space Armada is a multiplayer simulator game where players can interact by fighting with each other.

Space Armada has beautiful and cool 3D graphics that are a feast for the eyes. 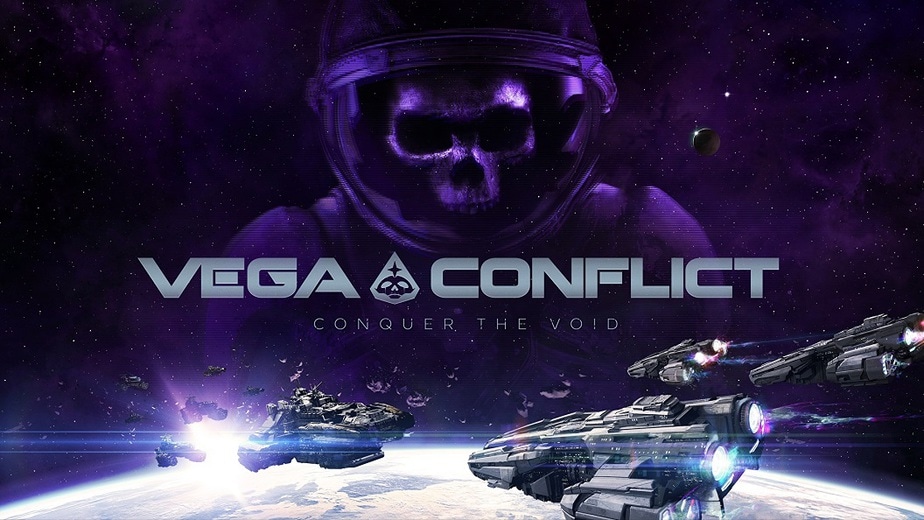 VEGA Conflict is a space game with multiplayer mode. It is a real-time strategy game with so many players hooked on it. If you are familiar with Battle Pirates, it has the same gameplay but with a different setting. VEGA Conflict is more exciting because it is set in space. It is a battle of survival so it is very action-packed.

The game features numerous items that can be used in battling the enemies such as warships, frigates, carriers, fleets, ship hulls and so much more.

VEGA Conflict features high-definition graphics that makes it one of the best space games for Android. 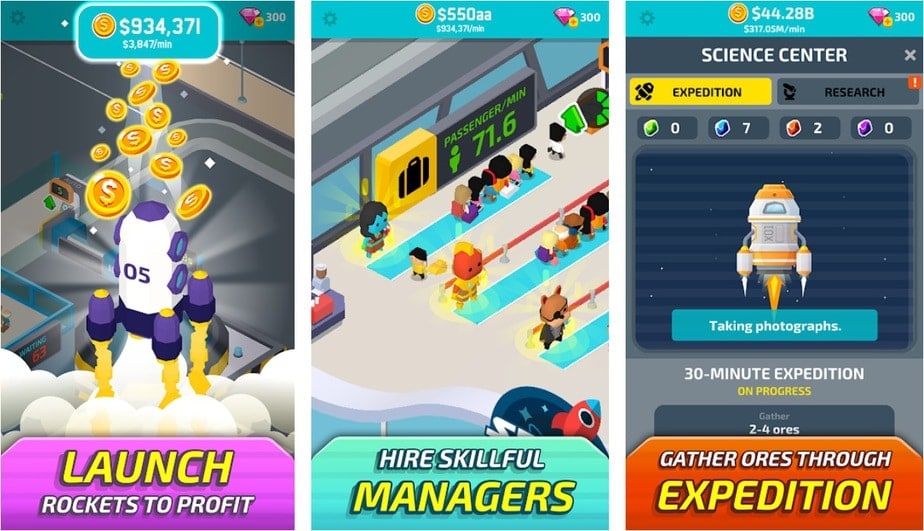 Space Inc is a unique space-themed game. It does not follow the above list with its battle and shooting themes. Space Inc revolves around transporting passengers traveling around and beyond the galaxies. Players take the role of a spaceport responsible for these passengers. Among your tasks are managing traffic and rocket departures.

Space Inc features a cartoonish animation that players of all ages will love. It is a good simulation game perfect to take the stress away. Probably, one of the best space games for Android. 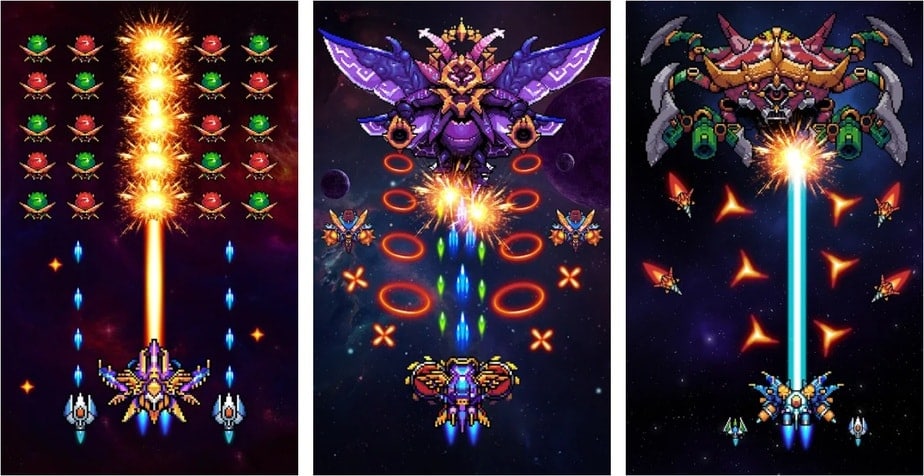 Another Space shooter simulation game for Android is Galaxy Force.  The player will control a spaceship and must prevent the enemy from ruling over the entire space. This game is easy to control because you only use your fingers to dodge missiles and other deadly collisions.

Galaxy Force has outstanding graphics, music, control, and gameplay. It is acknowledged not only by players but also by experts and other developers. It is a great game and one of the best space games there is. 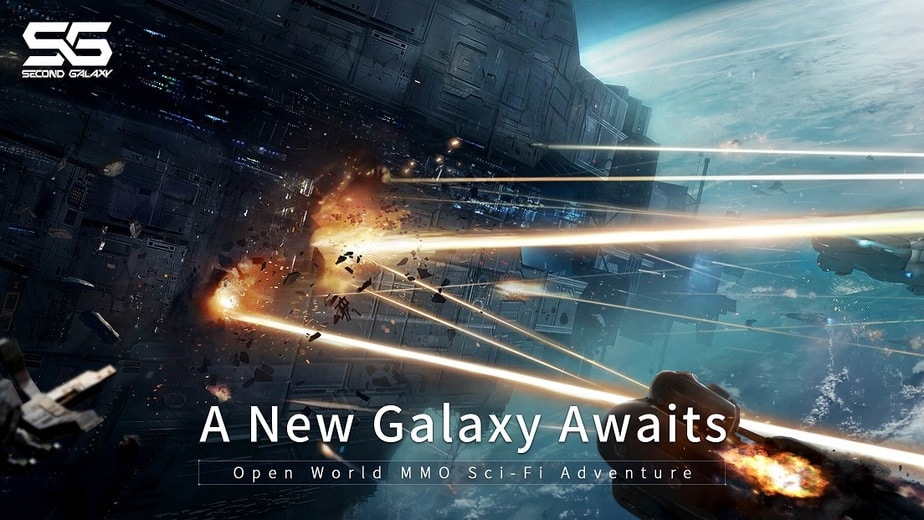 One of the best space games for Android is an open-world massive multiplayer sci-fi adventure called Second Galaxy. It features countless galaxy settings including star gates that allows players to travel far and beyond. There are so many upgraded spaceships that you can get when you reach high levels.

Another outstanding feature of Second Galaxy allows players to form allies with other players or fight against them in an action-packed intergalactic battle. This game features high-definition decent illustrations and responsive controls. Engaging in space combat with the second galaxy is exceptionally fun and favorable.

You cannot go wrong with space games. The visuals, gameplay, control, and whole experience promise a whole lot of fun and excitement. Whether you love RPG, MMO, sharp-shooting, or simply transport kind of games, there is one game from among the best space games for Android that will work for you.