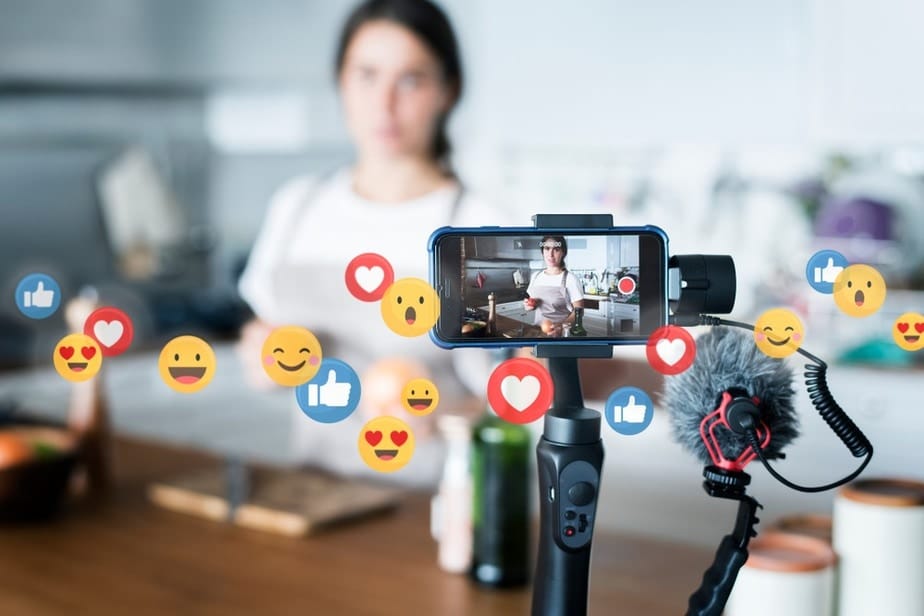 Vine was a short-video sharing service that enabled users to upload six-second looping video clips. Vine was founded in 2012 and later purchased by Twitter for an estimated $30 million. Vine was overshadowed by other applications despite being at the forefront of the new video-sharing industry. Vine’s lack of creativity resulted in slow growth, making it difficult for shareholders to justify the company’s high operating costs. As a result, Twitter revealed on October 27, 2016, that Vine will be phased out “in the coming months.” While the end of Vine isn’t completely bad news, because there are plenty of better alternatives. This article will provide you with a rundown of the best Vine alternatives available right now.

Below is the list of best video-sharing apps that perform far better than Vine ever did. 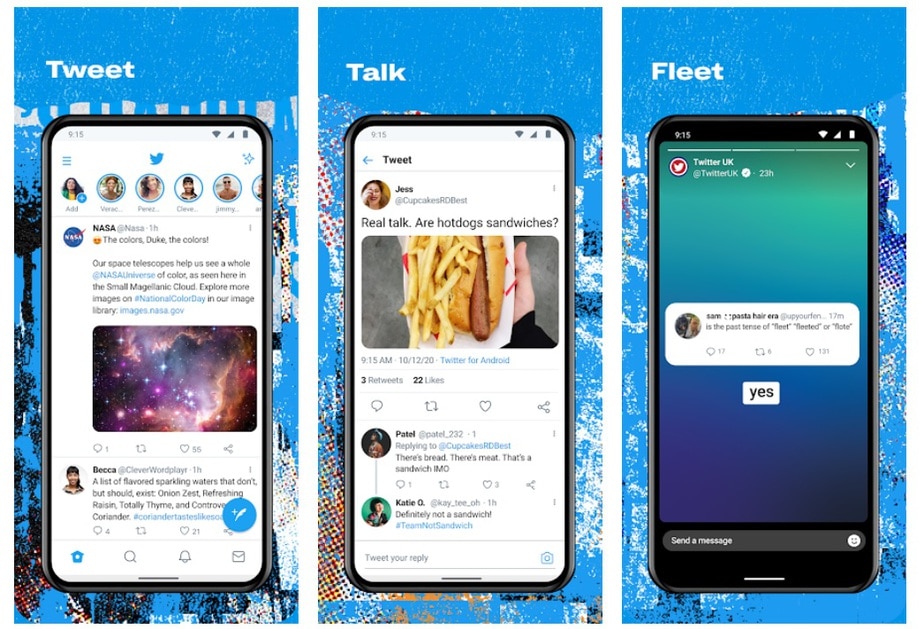 Twitter is a great Vine alternative for sharing your videos. When Twitter was launched, tweets could not be longer than 140 characters, and inserting images and videos into tweets was initially difficult. Twitter’s strategy of diversifying into digital was evident in their purchase of Vine before it went public.

Twitter, on the other hand, evolved due to the rise in user demand, and now users can upload photos as well as videos ranging in length from 2 seconds to 180 seconds. Since Twitter owned Vine, the ability to add short-form videos in Tweets effectively made Vine outdated, which is why it is being ruled out. 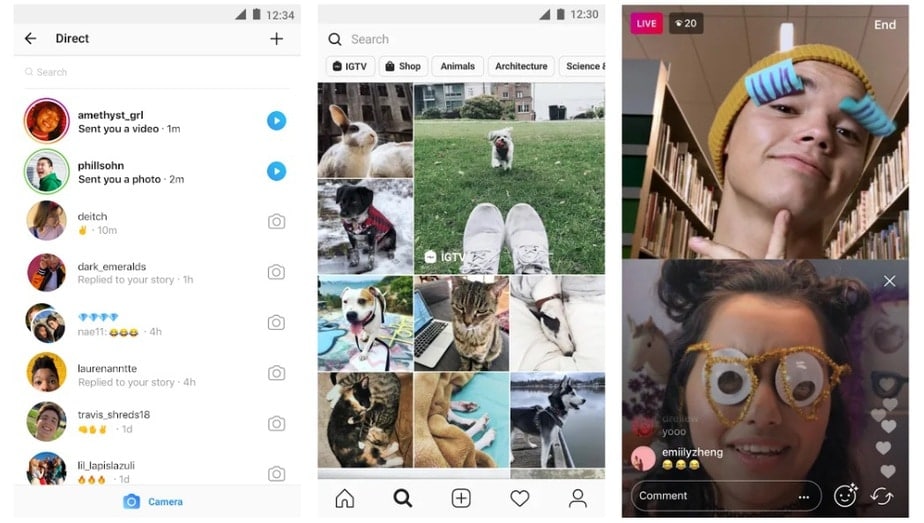 Instagram is a fantastic Vine replacement to share your videos, it was launched in 2010 as a social media site for uploading photos, and its success has soared since then with more than 1.074 billion users in 2021. Instagram, which was previously limited to only images added video sharing in 2013. However, there were a few drawbacks such as the 15-second length and set resolution.

Since the year 2015, Instagram videos can be up to 60 seconds long and in 1080p resolution. Like your images, Instagram also helps you to customize the look of your videos with filters and other post-processing tools of your choice. 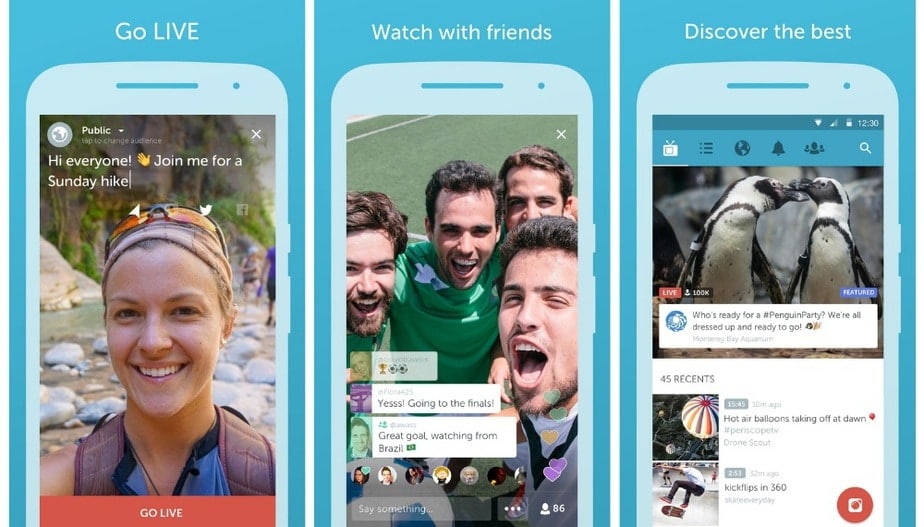 Periscope is another fantastic Vine alternative. It is Twitter’s official live-streaming program. Periscope is pretty easy to use and it has a sleek, user-friendly, and attractive interface.

Periscope, in addition to transmission, helps you to easily access what other people are streaming, see the most popular streams and quickly enter them, and also leave feedback whenever you watch a broadcast or send hearts to show how much you enjoy it.

You can start broadcasting as soon as you push the record button, and you can also switch between the back and front cameras by simply swiping the screen. You get notified if anyone takes a screenshot of what you’re broadcasting. You can choose when to receive updates in the app’s settings, for example, when one of your followers begins to broadcast, or when someone new starts to follow you. 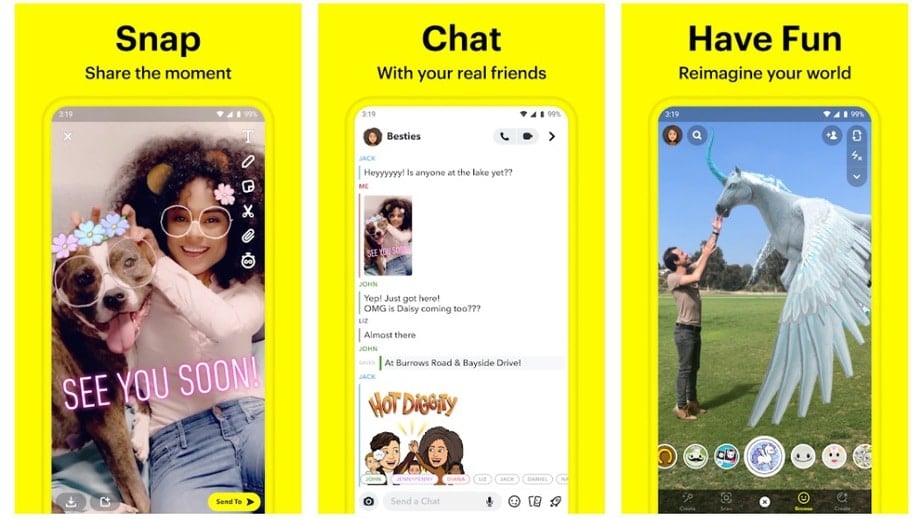 Snapchat, best known for allowing users to send self-destructing photos to others is one of the best Vine alternatives, it has grown into a social networking powerhouse over time. Despite the fact that the concept of temporary images was initially intriguing, Snapchat’s popularity skyrocketed.

Snapchat recently overtook Twitter in terms of regular users, and it is proving it has wings and is aiming for the big boys by adding the ability to film video as well as numerous post-editing software. 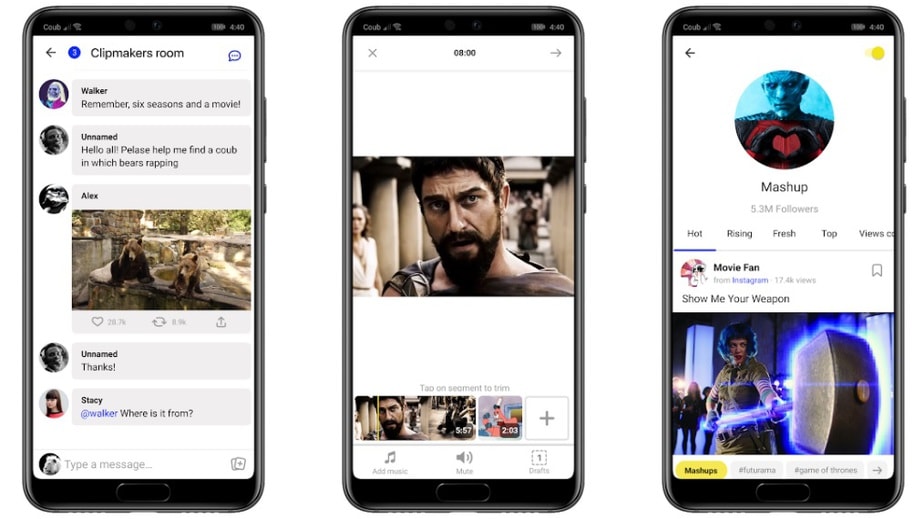 Coub promotes itself as the best available replacement for Vine, and they might be right. The app follows the ideals of Vine while adding some useful features. Coub lets you create 10-second video loops from YouTube, your camera’s library, gifs, and even existing vines. You may also use a soundtrack from your own MP3 album or YouTube audio.

Coub videos can be horizontal, vertical, widescreen, or any other format you prefer. It also supports HD, so your videos will be in their original uncompressed resolution. It is a great app like Vine to share your videos. 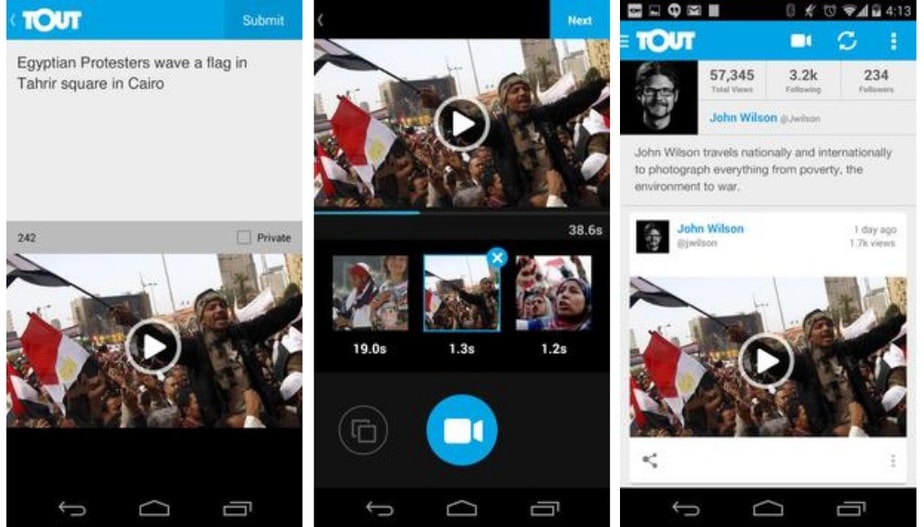 Tout is a video sharing and streaming software that makes it easier to share video clips from your phone with others. Tout is opened by the user and a video is taken. The video can be sent to anyone via email or shared instantly via Twitter or Facebook. The user’s address book is used to pick email recipients.

The user can also give the video a title and give it a final review before submitting it. Instead of opening several apps, the user can send the same clip to all of their accounts, including specific users, with just one click.

Users can easily see what other people are sharing, locate videos by theme or title using the app’s integrated search feature, and watch the most popular Tout clips. Tout is unique because it simplifies the process of sharing mobile content. 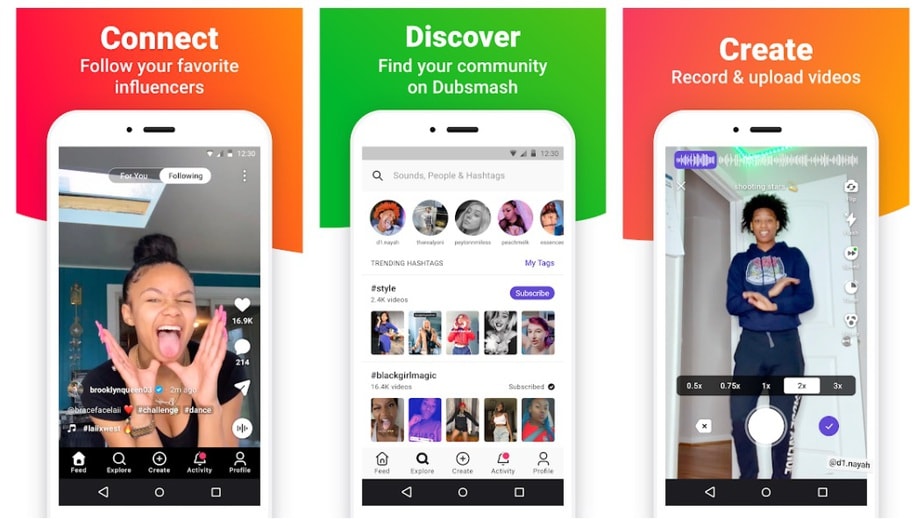 If you enjoyed Vine’s unique concept of sharing short videos, you will definitely enjoy Dubsmash. It’s similar to Vine in that it allows users to make short videos and have fun. Because it’s a fun app, you can expect some exciting features like lip-syncing, voice-over, and so on. 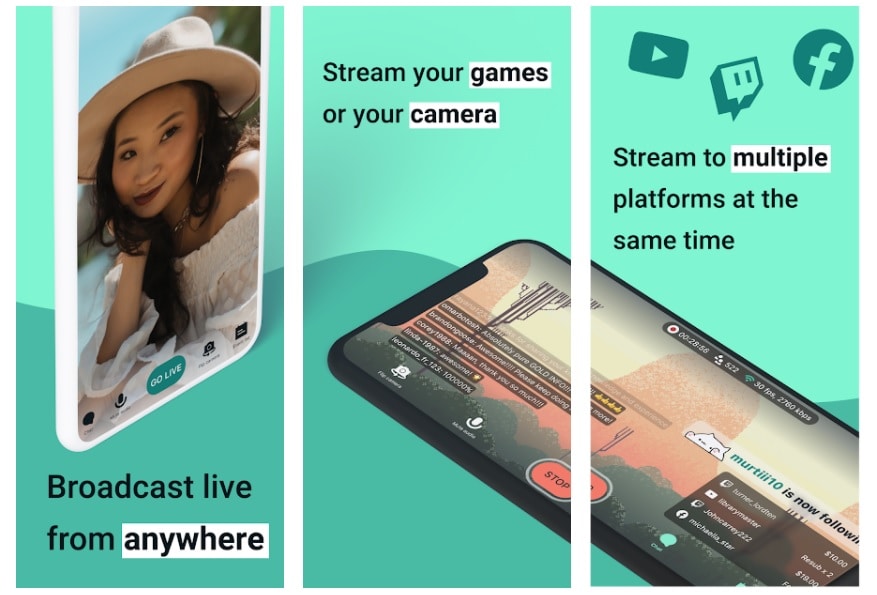 Streamlabs is not a Vine replacement, but it is a site for uploading and sharing videos. The great thing about Streamlabs is that you can embed video URLs anywhere.

It is compatible with the majority of popular websites such as Facebook, Twitter, and others. Unlike Vine, it does not specialize in video editing tricks, but it does allow users to upload videos and embed them on their websites, blogs, and so on. 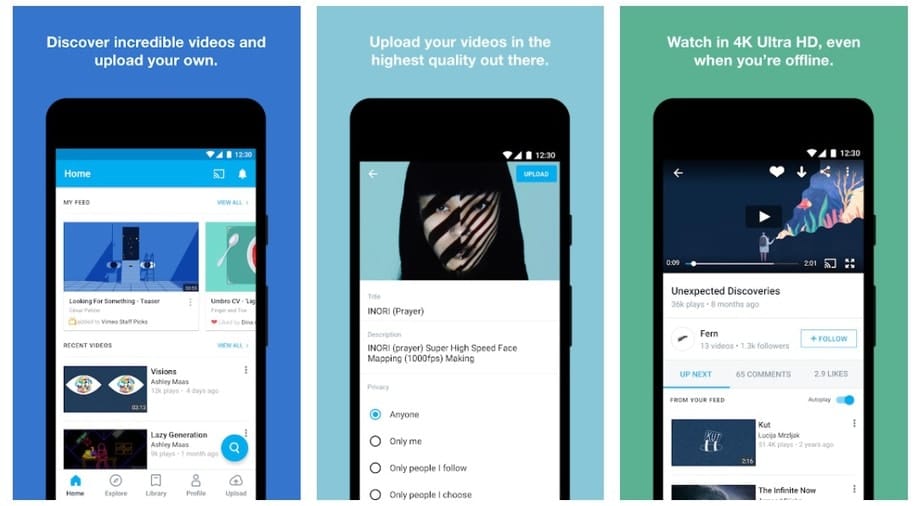 Vimeo is basically a social networking site where you can share and discover videos. You can also follow channels in different categories and collections to fill your timeline or feed with cool stuff every day. The mobile app is available for both Android and iOS, and it could be the best platform for showcasing your creative talent. The platform caters to a wide range of video viewers. Vimeo is a great Vine alternative. 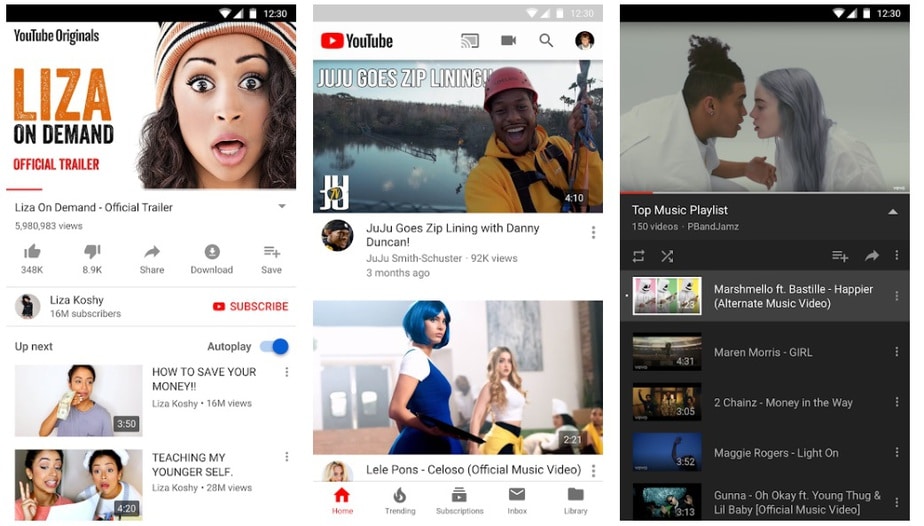 YouTube is another great Vine alternative to share your videos, and currently the world’s largest and most dominant video-sharing website, it has the second-largest search engine in the world.

On this website, you can either search and watch videos or share your own. Besides every video on youtube is a list of suggested videos; Youtube’s search engine calculates the videos that are likely to interest users who watch the same videos as you. What’s more, YouTube allows content creators to monetize their videos in order to earn money. 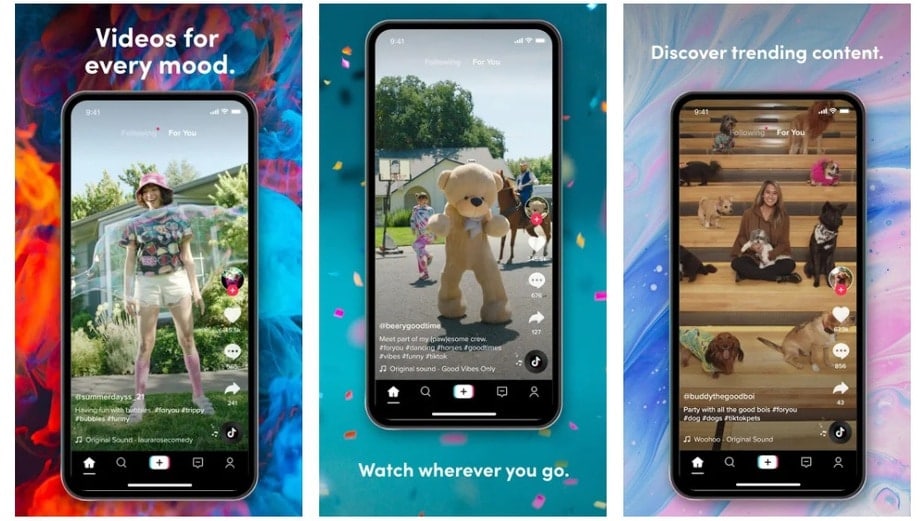 TikTok is a great Vine alternative to share your videos. TikTok makes it easier for you to discover and build your own unique videos by providing simple tools to display and capture your everyday moments. With special effects, filters, audio, and more, you can take your videos to the next stage.

TikTok is the most popular mobile video platform that is entertaining, authentic, and spontaneous. TikTok has videos for everyone, whether you’re a sports fan, a pet owner, or you just looking for a good laugh. Simply watch, interact with what you want, and skip what you don’t want, and you’ll find an endless stream of short videos that sound tailored to you. TikTok has videos that will brighten your day from your morning coffee to your afternoon errands. 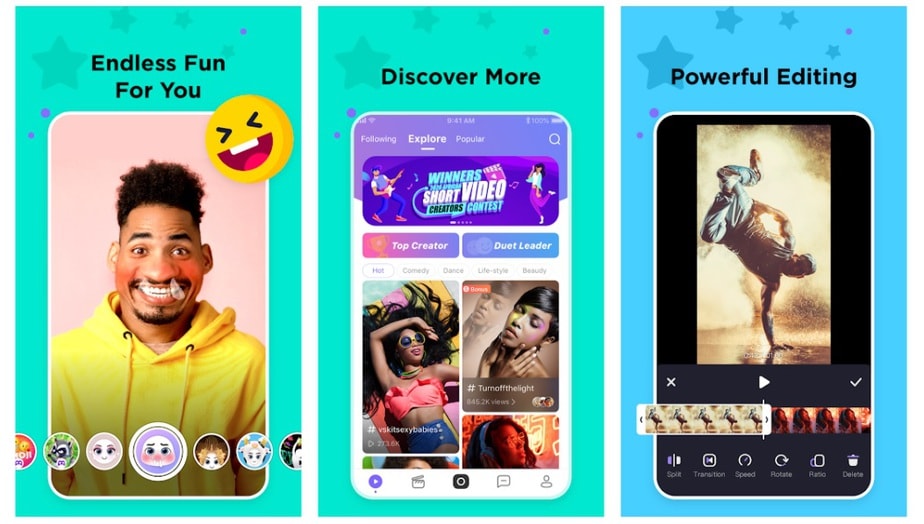 Vskit is a simple video sharing and video editing software for short clips. Vskit allows you to watch millions of trending videos, shoot music videos, edit innovative videos, post comedy videos, and download funny videos for free no matter where you are.

Vskit has something for everyone, whether you want to document your life, learn new skills, have fun, or pass the time in your everyday life. Vskit is becoming increasingly popular as a video-sharing platform for having fun, expressing oneself, and making new friends. 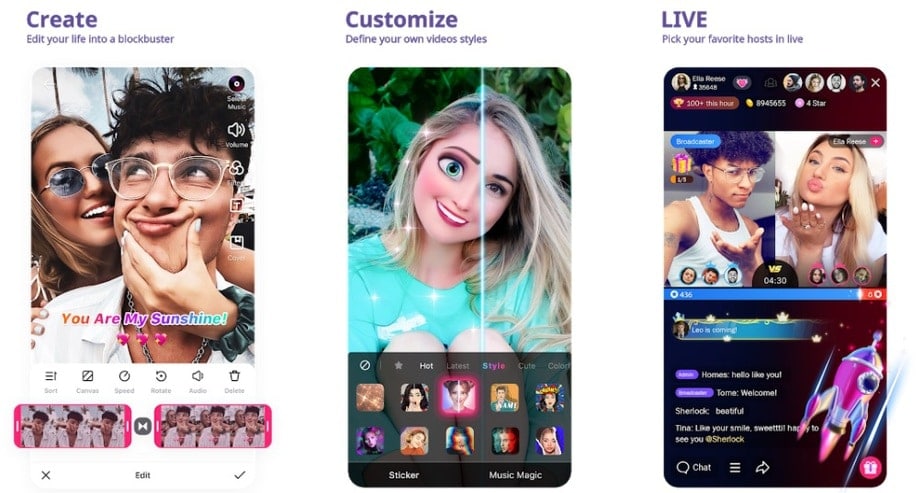 Likee is a global forum for creating and uploading original short videos for free. Likee combines short videos, video effects, and live streaming into one easy-to-use app. You can quickly find the latest viral videos, capture perfect videos, and go live stream with the powerful customized feed and video effects.

Likee has a global base of over 150 million users as of Aug 2020. More and more people are turning to Likee for entertainment, video sharing, self-expression, and making new friends.

Likee is an amazing Vine alternative and a great place to show off your skills, explore, and interact with the content you enjoy.

These are the best Vine alternatives to share your videos on your Android device.