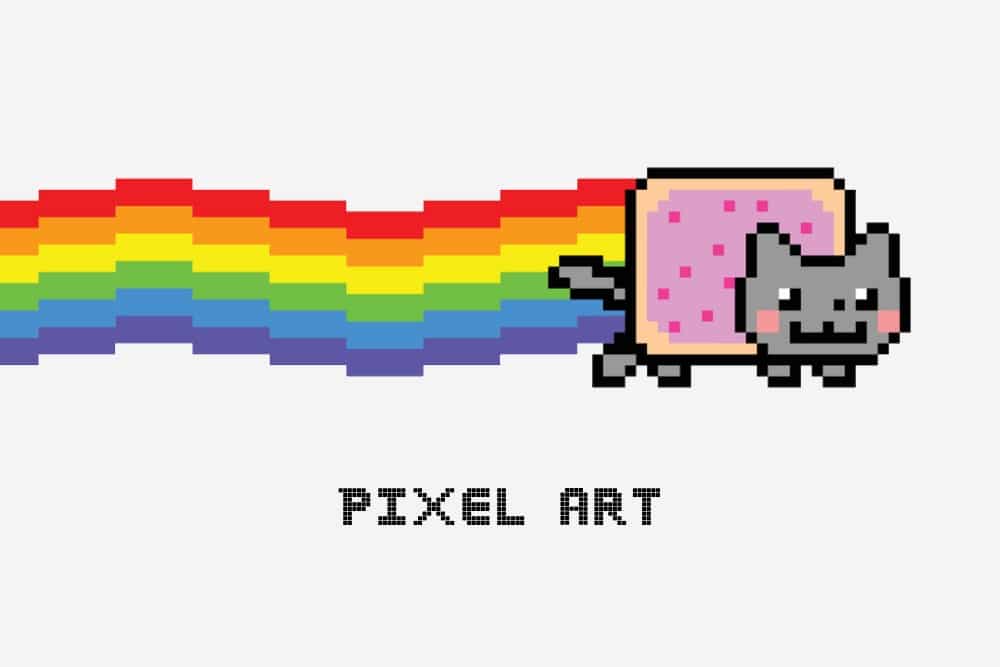 Retro gaming has really taken off thanks to the efforts of countless YouTubers spreading nostalgia about games of old. It has taken off so much that modern gaming design has been influenced by retro gaming to the point that character designs are made to appear pixelated. Retro or not, pixelated characters have a certain appeal, and that appeal actually grows when applied to modern games. Sometimes, too much realism can make things uncanny and mediocre realism just comes off as bad. Also, budding game designers can actually start small, using tried and true old game designs and philosophies. For retro game makers though, they need to create 8-bit-looking pixelated assets. For that, they need programs to draw them. This time, we’ll be discussing the Best Apps to Draw Cute Pixel Art.

Whether it’s for drawing games or not, pixel art is an art form in itself. Being able to assemble cute characters or images in general from dozens or hundreds of colored blocks is an achievement unto itself. Not many create pixel art as an art form but plenty of game developers use pixel art to create game assets such as objects, backgrounds, and sprites for their games. Retro or modern, pixel art is mostly used to design small characters and objects. There are dozens of apps out there that can aid in creating pixel art. Let’s list the best of these apps, and you, the budding pixel art maker can decide for yourself which is best for you.

Let’s start simple! Dotpict by dotpict LLC is a simple-to-use pixel art editor that allows users to create pixel art from scratch. It’s easy to use once users actually get to the creation stage. It can be a bit confusing at first use, as the app seems to prioritize its social media aspects. Users can share their work in artboards. One can create simple to complex pixel art thanks to different sized canvases. Dotpict is free to download and use but the banner ads up top and bottom can be annoying. The controls are easy to use and are also pixelized, really pushing the concept. For true enjoyment of using this app, you need to get rid of the ads for a bit over $6. 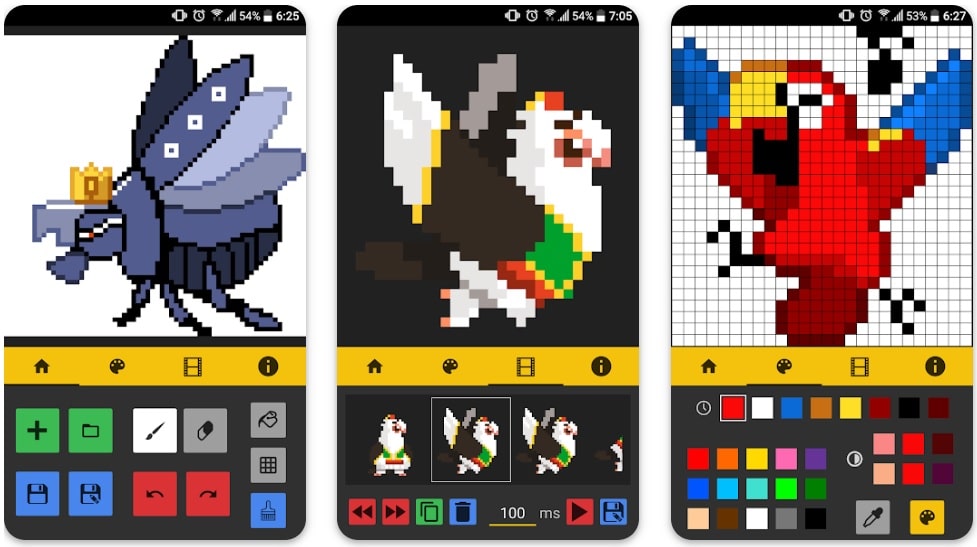 If you’re planning to do game design and not just create pixel art, the next step to take is to animate. That’s where Pixel Station by Studio S for Android comes in. Pixel Station works much like a stop motion app where a pixel image can be copied or remade from scratch with minor changes again and again and then set to animate. The controls are somewhat similar to DotPict when creating individual images. The app is easy to use, and the animated results are quite fulfilling. 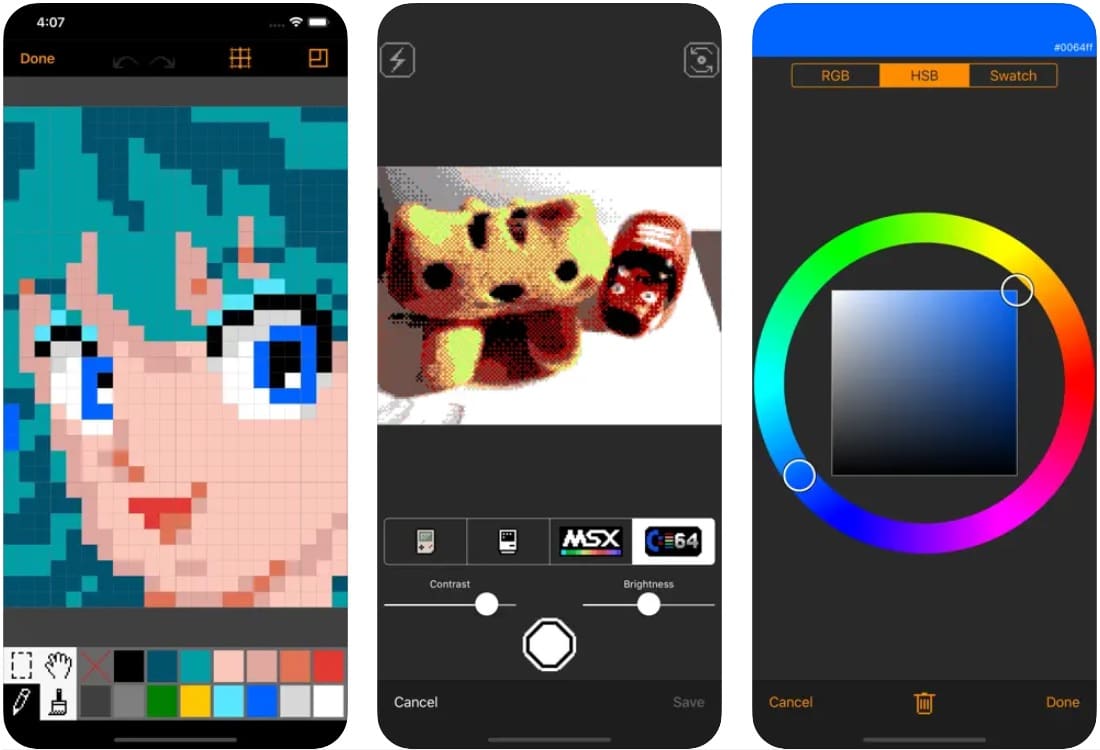 Pixel Paint by Felt Tip Inc. also drives the simplicity home when creating pixel art. That simplicity is reflected in its chosen platform, iOS. Pixel Paint is much simpler to use compared to DotPict. It’s a straightforward pixel art maker. No social media aspect, no animations, just pure pixel art. But it does allow for importing images from the photo gallery or straight from the camera. It also maximizes the nostalgia factor with four selectable color themes, Game Boy, Dot Matrix, MSX, and C64. Being simple and straightforward makes Pixel Paint one best apps to draw cute pixel art.

The simplicity goes against it as well though. It lacks a paint bucket or color fill control and lacking animation features makes it not suited for game sprite design. The free version also only allows for five images to be stored. But if you become invested, it’s very cheap. And lastly, make sure it’s the one from Felt Tip as there are plenty of similarly named and sucky apps in the store. 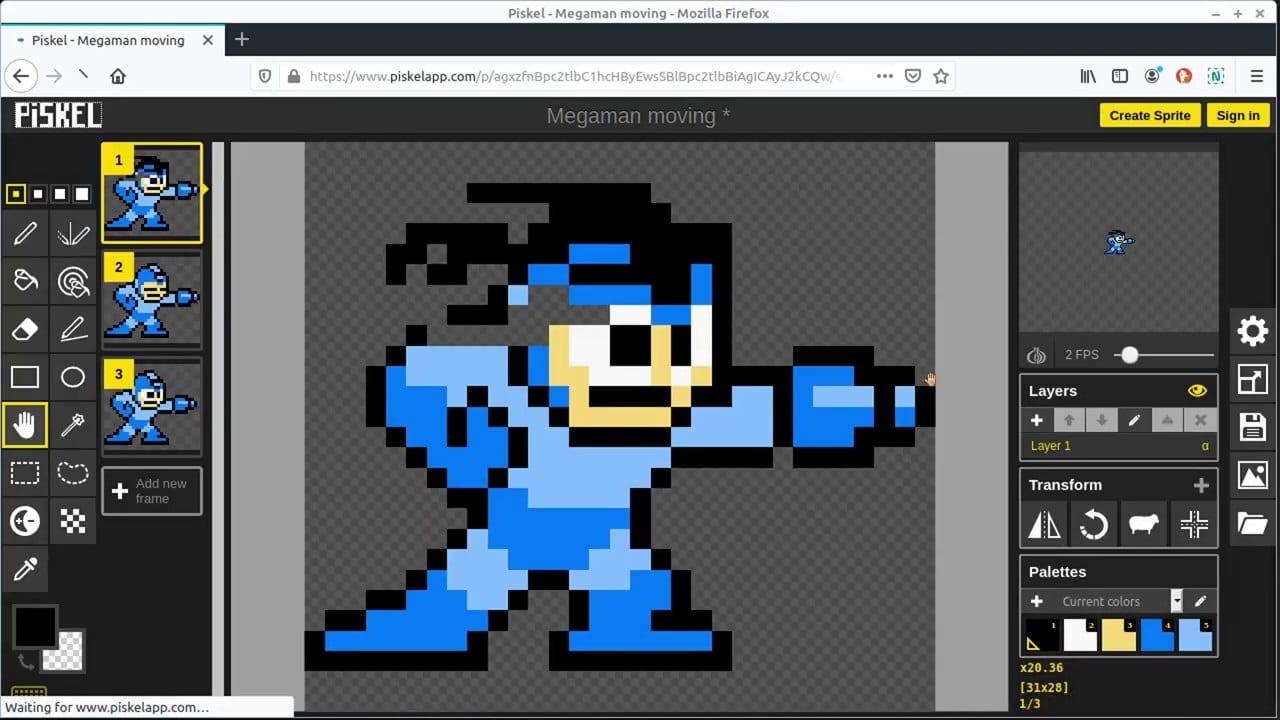 On to the big leagues! Piskel is an open-source desktop pixel art application available for Windows, macOS, and Linux. This time, no one is left out as Piskel also has a browser version. Based on the controls, Piskel allows for the creation of animated pixel art for games first, and single-frame art second. Either way, the controls are very easy and intuitive. What’s great is that Piskel is not entirely dependent on the web thanks to its offline versions. Piskel is also considered as best apps to draw cute pixel art out there. 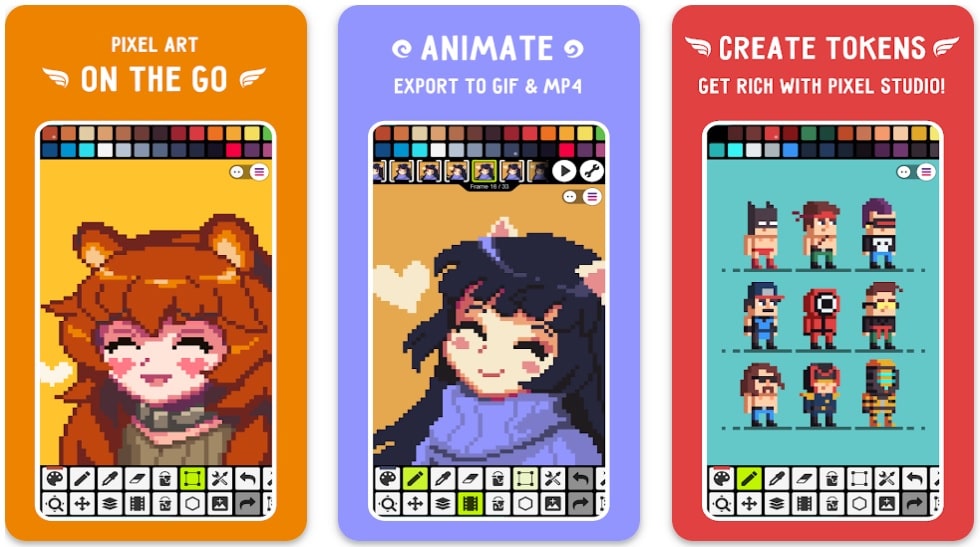 Pixel Studio by Hippo is also one of the more serious pixel art apps available for Android. It’s serious but not intimidating. The controls are as intuitive as DotPict and Pixel Paint. It allows for both single frame art and animated pixel art. It also features some advanced color management. Like DotPict, Pixel Studio also has a community feature where users can share and join Hippo’s Pixel Network. Pixel studio also supports pen-based phones and tablets from various manufacturers, supports layers and several graphics formats, and even has auto-save. It’s free to use but will contain annoying ads. Pixel Studio is recommended for serious pixel artists on the go but if they really want to get serious, go pro and get rid of the ads. 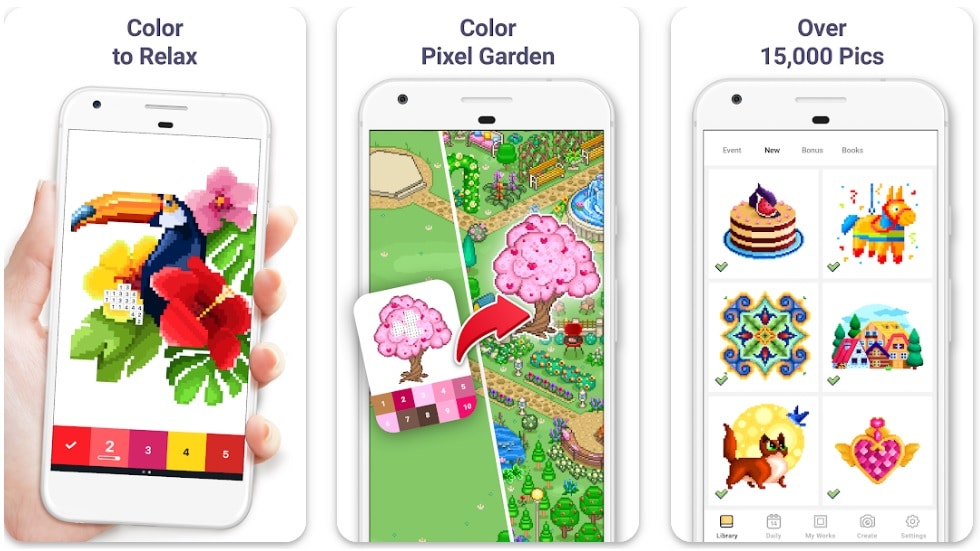 Pixel art is basically like digital cross-stitching, except not as time-consuming. For those looking for a similar experience, Pixel Art – Color by Number by Easybrain is the right app for you. Not exactly for creatives though as this is more of a game where users have to fill in colors of pixelated pictures of varying complexity, much like cross-stitching. The players are guided by numbers when they magnify the image. They then fill the image with numbered colors until the image is finished. It’s free to download and can be a good time killer, but the ads can be terribly annoying between screens.

So, there you have it. Our list of the Best Apps to Draw Cute Pixel Art. Enjoy yourselves or be productive.