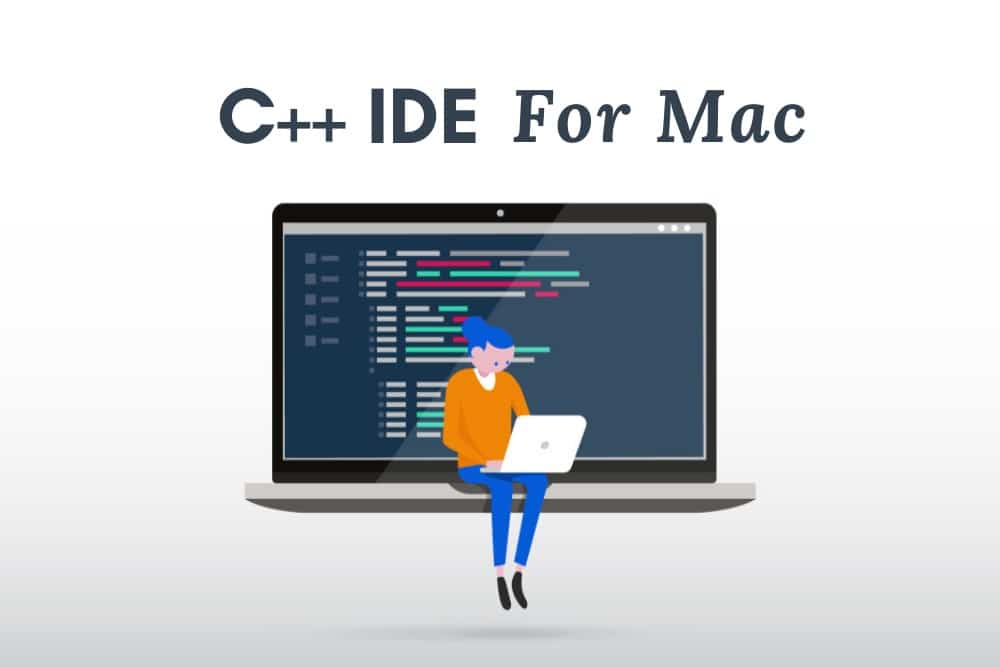 C++ is an essential language in the programming world. As one of the oldest programming languages that has existed for more than 3 decades, it remains popular and highly used worldwide. Every C++ programmer, however, needs the right IDEs for C++ as well. In this article, we’ll give our thoughts on the best IDEs for C++ for Mac users.

IDEs are an essential tool for any kind of programmer and developer. This is why it’s difficult to choose the right IDE that has the best features and interface. As a developer, you will have to use your IDE for hours on end when coding projects, so it’s important that the IDE you stick to is reliable. Some aspects that you have to take notice to when choosing an IDE is its user interface, its features, and its support or updates. Keep reading to see our top picks of the best IDEs for C++ developers on Mac.

Our first pick is a program called Visual Studio Code. It’s a popular software for C++ developers, and for good reason, because it remains as one of the best IDEs for Mac users. Visual Studio Code is an open-source IDE, which was developed by Microsoft. Not only is it available for MacOS, but also other devices such s Linux an Windows. Because of its modernity, the platform has an extensive amount of features that is definitely helpful for any C++ developer. It has features such as a well-designed command line interface, and an integrated GitHub.

Finally, Visual Studio code also has a reliable community of users> You can join numerous groups on social media to learn tips, tricks, and guides from other experienced Visual Studio Code developers. All in all, Visual Studio Code is one of the best IDEs because it has everything you need with a modern interface.

Eclipse is another open-source IDE software that is not only free, but also feature-rich. It has all of the essential features that you would need and want from a C++ IDE, such as code compiling, profiling, refactoring, diffing files, autocorrection, and coding shortcuts. There are other features that you can add to Eclipse as well through the use of plugins.

Eclipse is a beginner-friendly software that isn’t too intimidating to start off with. If you want a compact and simple IDE with all of the essentials you need, Eclipse might be the one for you.

The third IDE on our list is a software called NetBeans. It is a C++ IDE available on platforms such as Mac, as well as Linux, and Windows. Netbeans has all of the popular features found in other IDEs such as automatic indentation, syntax highlighting, refactoring, bracket matching, code folding, and smart code editing. You can also make use of plugins to add other features to your interface.

Netbeans is a greatly reliable IDE because the company that developed it makes sure to update it regularly. So when you use Netbeans, you can expect that you can experience more and more of the features you want from an IDE as time goes on.

Another popular C++ IDE among programmers and developers is called Sublime Text. Sublime Text provides support for multiple coding languages, including C++, making it suitable for expert programmers who want variety in their work.

Sublime Text features a well-designed user interface that is easy on the eyes and makes it simple to use. Sublime Text also has features like Goto Definition, auto-completion, and a command palette. It also offers various customization options, which you can change using JSON settings files.

Sublime Text also has a feature called ‘Snippets,’ which allows users to save different blocks of code that can be used in other programs or projects. This feature makes it a game-changer for expert programmers who have a lot of work to be done. Overall, Sublime Text is another solid option for an IDE for Mac users.

The last entry on our list for the best IDEs for C++ on Mac is a software called Atom. Atom is a modern approach to IDEs, and it is best suited for beginners to C++ programming. It features a compact package manager, and it also allows you to add other features into your program by using plugins. Its main features include autocomplete, multiple panes, and various customization options. Some users have experienced issues regarding Atom’s performance, but so far, it hasn’t been too much of a problem. If you want a lightweight IDE that’s easy to use and navigate, definitely consider using Atom as your IDE for C++ programming!

And that rounds up our list of the best IDEs for C++ on Mac for 2022. These IDEs have proven to have the best features and interfaces for both beginner and expert C++ programmers. If you’re thinking about switching to a new IDE, or trying new ones out to widen your choices for your go-to program, definitely refer to this list!