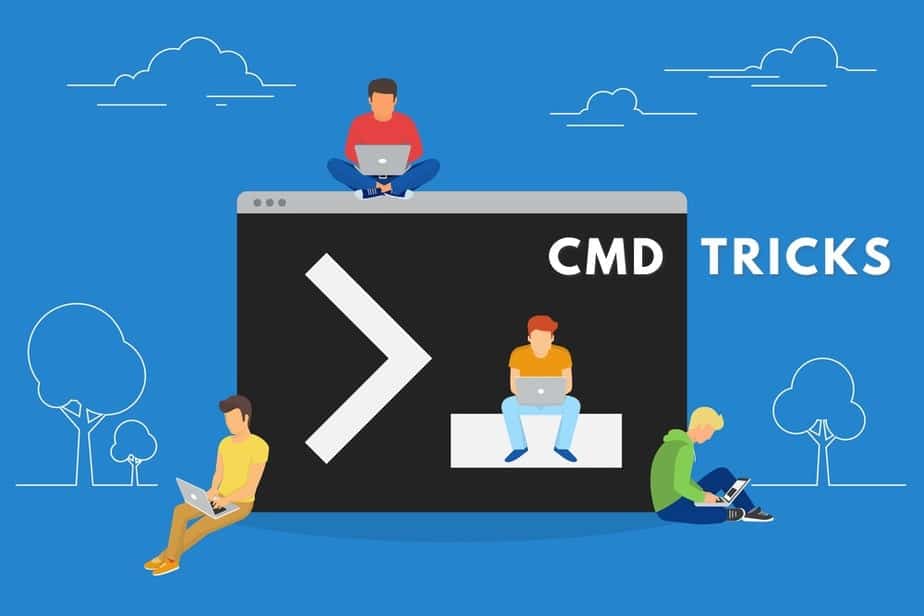 Command tool (CMD) is an impressive tool in Windows that allows users to execute commands. Usually, most users won’t use this feature as it’s relatively complex to operate. But if you want to impress your friends and present yourself as a Geek, CMD is the right tool. If you are interested, keep reading. In this guide, we will share the best CMD tricks to impress your friends. Let’s get started.

List of 7 Best CMD Tricks to Impress Your Friends

If you want to showcase your authority on Windows OS and impress your friends, you can use the following CMD Tricks.

CMD is undoubtedly a great tool to impress your friends and get the thing done, but it’s also a sensitive tool, and if you accidentally execute a wrong command, it can cause a lot of damage to your PC. So, if you accidentally run an incorrect command and want to cancel it, all you will have to do is press “CTRL + C.” Make sure that you use this combo within a few seconds so it doesn’t cause any harm.

If you follow the traditional way of creating a path on CMD, it’s pretty long and tedious. But Windows offers a very quick way of inserting a path to the CMD. All you will have to do is find the folder for which you want to insert the path, select it using the left mouse button, drag it to the CMD and drop it. Once you drop it on CMD, the path will be inserted, and you can quickly execute a command on the particular folder.

Command tool is a proper tool, and it also maintains the complete track of commands you run on it. If you wish to check the history of previous commands executed on your CMD, all you will have to do is to go to the CMD tool and type “doskey/history.” CMD will show you the list of executed commands.

Command Tool (CMD) can execute tons of commands. And interestingly, you can easily find the list of all commands by typing a simple query. Go to the CMD tool and type “Help,” and press enter. Once you press enter, CMD will display the list of all commands which you can execute on the CMD tool. It will also provide a short description of all the commands you can run. However, if you need more information, you can type the command and enter “/?” at the end of the command. This will allow CMD to display further details along with sub-commands and related commands on the screen. So, if you are starting with CMD Tool, you must learn all the commands. In this way, you will be able to run commands with more authority, and the risk of harming your computer will be less.

The function keys on our keyboard come with a lot of tricks, and they work flawlessly with the CMD Tool. You will be amazed to know that each function key executes a unique command when using it with the CMD. Here are the details of the commands you can execute by pressing different function keys.

6. Speed up the system by deleting temporary files

CMD tool can also be used to delete temporary files, and you can easily do it by running the relevant commands in the command line.

7. Change the color of command tool

The default color of the command tool might be good enough for most people, but if you don’t like it, you can easily change it from the settings. Open the CMD on your computer and press the right click on the top corner of the CMD, and select properties from the option. Once you are in the properties, go to the Colors tab, and there you will find options to change the background color of CMD. You can also change the color of the text from the same settings.

That’s all, folks! These are the 7 Best CMD Tricks that you can use to impress your friends. However, make sure that you don’t run any unknown command on CMD as it can potentially harm your PC. You can easily find the information of valid CMD commands by typing help in the command tool. We hope that you found this guide useful, don’t forget to visit our website for more helpful guides.