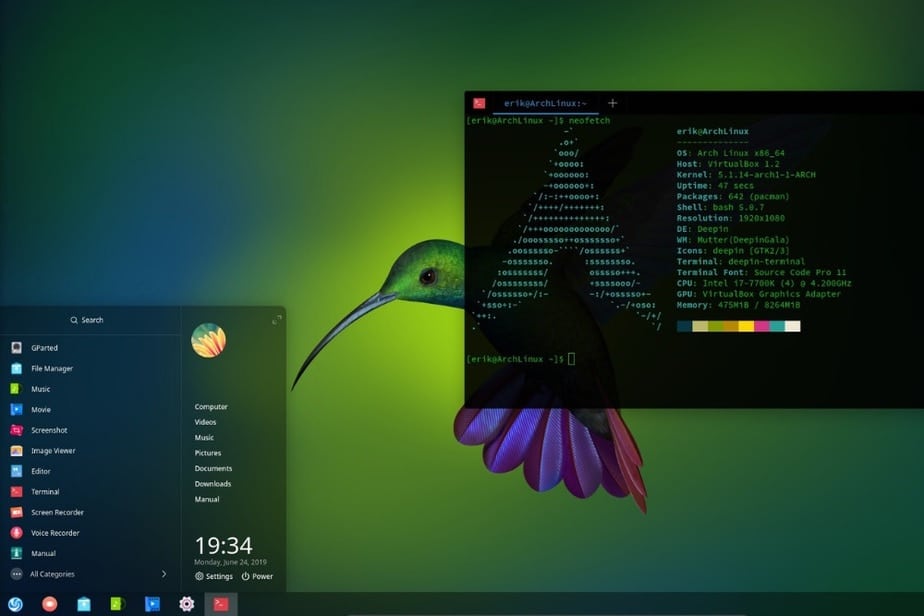 One of the most popular distributors of  Linux software is Arch Linux. It’s highly in-demand and revered because of its simplicity. Better yet, Arch Linux is also lightweight on devices. Arch Linux allows older versions of hardware to run smoothly and optimally, which is another aspect that makes it so popular. However, before using any Linux distro, one needs to have a stable and easy-to-use desktop environment to support it. In this article, we’ll be running down the best desktops environments that make the most suitable environment for Arch.

Arch Linux is popularly used for beginners because of how entry-level it is, but it is also the preferred choice among other lightweight distros.

The first option for an optimal desktop environment is XFCE. The visuals of XFCE are astoundingly good without weighing down on your device’s processing power. XFCE is also suitable for users of Arch who have older versions of their hardware, because it has a quick response time on top of its simplicity. XFCE is used as the default for other distros such as Kali, Manjaro, Linux Lite, and Xubuntu, proving how flexible and recommended it is.

XFCE doesn’t feature other designs like animations, and some find it to be quite outdated, but this is quite expected because of its nature. It still allows for some customization to make it pleasing to the eyes. However, if you’re looking for high functionality at a low cost on your PC’s performance, XFCE is a good desktop environment that is compatible with Arch.

How to install XFCE on Arch? Open a terminal and type: $ sudo apt install xfce4

i3wm, otherwise known as i3, is another well-known desktop environment that is compatible with Arch. It is lightweight but still stylish, making it pleasing to the eyes. It’s similar to XFCE in the sense that both focus more on being minimalistic to maintain productivity. This makes i3wm another suitable option for users with older hardware. However, i3wm isn’t that great for beginners because there aren’t any options to resize the buttons or edges on your desktop.

How to install i3wm on Arch? Click this to know how.

The third pick on our list is KDE Plasma, which is an environment suited for Arch. This environment is a bit heavier than XFCE or i3wm, but it makes up for it with keyboard-friendly shortcuts and other features such as its file manager and touchscreen support. It also has other apps that will come in handy for your activity and an efficient software center.

However, KDE Plasma isn’t suited for PCs with older hardware and it threatens to slow down Arch. KDE Plasma can still be customized to make it optimal for keeping your PC efficient by removing some cosmetic features.

Click this to know how to install KDE Plasma on Arch.

Deepin DE is another great choice for a desktop environment to use with Arch because of its attractive interface along with its easy-to-use features. Windows and Mac users will definitely find Deepin as a good fit for their desktops while running Arch. Deepin’s user interface is highly customizable while being quick and responsive to commands.

You can also add other apps to your computer through its built-in App Store which will make your user experience even better.

How to install Deepin on Arch? Click on this link.

MATE Desktop Environment is another good choice for a lightweight desktop environment Arch and other Linux distributions as well. MATE was developed based on old Gnome 2 which is why it is another compatible choice for older hardware. MATE is similar to Gnome 2, so if you miss the latter’s features, you can consider using MATE for your new environment.

How to install MATE on Arch? Open a terminal and type: $ sudo apt install mate-desktop-environment

Another popular desktop environment you can check out is Lightweight X11 Desktop Environment, otherwise known as LXDE. It has become a popular choice because of its simplicity. It is suited for Windows users who want a similar interface to their default look. With how lightweight it is, it is also the o[ptimal choice for devices such as old netbooks and laptops that you want to install Arch on. It may not be as visually pleasing compared to other environments, but it gets the job done.

How to install LXDE on Arch? Open a terminal and type: $ sudo apt install lxde

LXQt is similar to LXDE because it is another variant of the latter. However, the difference with LXQt is that it was developed using a Qt GUI Toolkit. This makes it a bit heavier compared to LXDE, but it makes up for it with a more modern look for your environment. If you want another lightweight option that is visually similar to environments like MATE and LXDE, you can make use of LXQt

How to install LXQt on Arch? Open a terminal and type: $ sudo apt install lxqt

For Linux users who miss the feel and look of Gnome, you can think about using Budgie for your new desktop environment. Budgie is another environment that is simple but attractive, making it suitable for getting a lot of work down. The menu is compatible and friendly for mice and keyboards. It is also lightweight enough for older hardware to handle it.

How to install Budgie on Arch? Click on this link

Trinity Desktop Environment, also known as TDE is a desktop environment that takes a different approach. As opposed to modernity, TDE has more of a 90s, old-school feel. Because of this, it consumes quite a lot of resources. TDE can be thought of as KDE’s successor because it bridges the gaps that were found in KDE. This makes TDE a suitable option for those who like and miss the look of KDE.

The final desktop environment on our list is called Cinnamon. Cinnamon was developed after GNOME 2’s disappearance. It is highly compatible and familiar with Arch. Though it’s not as lightweight as other choices on this list, it can still run on older hardware. Cinnamon also has a lot fo customizable features such as theming and adding extensions to make the user interface unique.

How to install Cinnamon on Arch? Open a terminal and type this command: $ sudo pacman -S cinnamon nemo-fileroller

So, if you want to bring back an old system and use it for a contemporary setting, going with Linux, using lightweight distros like Arch is the way to go. To make Arch usable for casual users, choose some of these desktop environments.