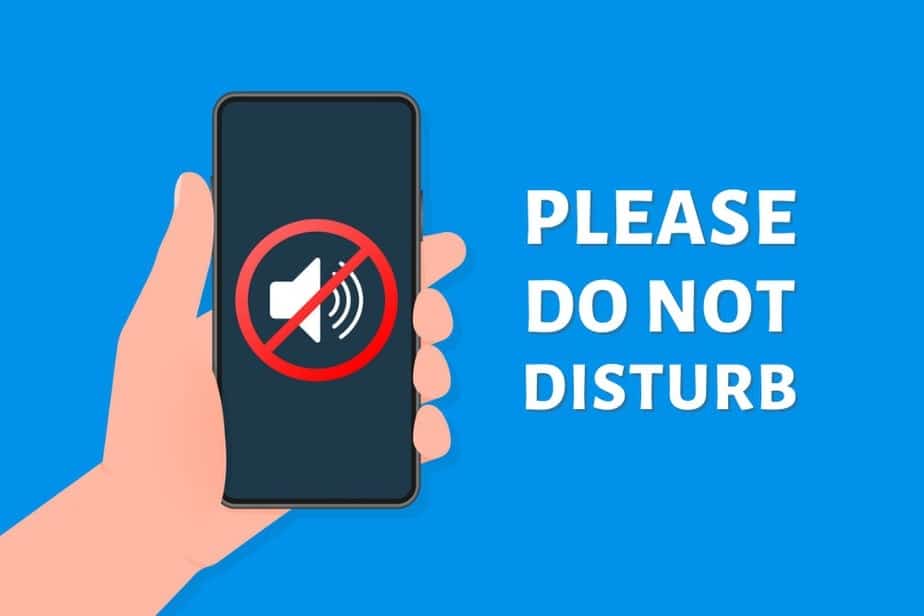 You may have experienced a situation where your smartphone began to ring at maximum volume during an important event. And you felt the need to switch your device to Do Not Disturb mode. DND is one of the most important features that anyone can use.

Many Android users believe that the DND mode turns the phone into a silent mode. However, this is not entirely accurate. It does more than simply switching your smartphone to silent mode.

Unlike silent mode, which mutes all sounds on your smartphone, Do Not Disturb mode gives you more control over how you silence your device. For example, you can easily activate the ‘DND’ mode for a specific app or contact. Not only that but DND mode can also be scheduled. However, the Do Not Disturb feature is not available on every Android device. As a result, users must rely on third-party DND apps in this situation.

Best Do Not Disturb Apps For Android

On the Google Play Store, there are numerous Do Not Disturb apps that allow users to silence messages, phone calls, app notifications, and other activities. Below is a list of the best DND applications for Android. 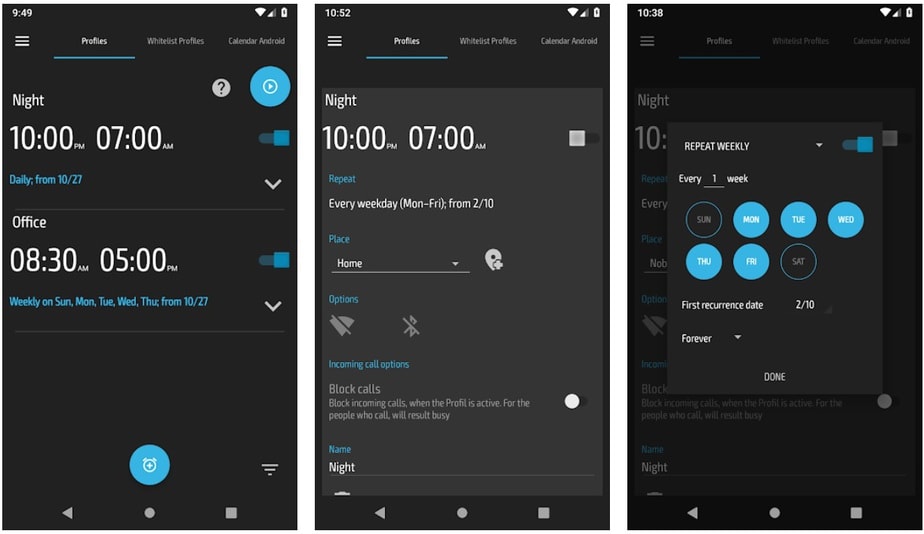 This Android app is for people who don’t want to be interrupted during a meeting, appointment, or other important events. It’s close to silent mode in that it mutes all sounds, including notification sounds, alarm sounds, and so on.

Users can, however, build profiles and add contacts to a whitelist. Once you have set up the accounts, the app will block all calls except those in the whitelist profile. 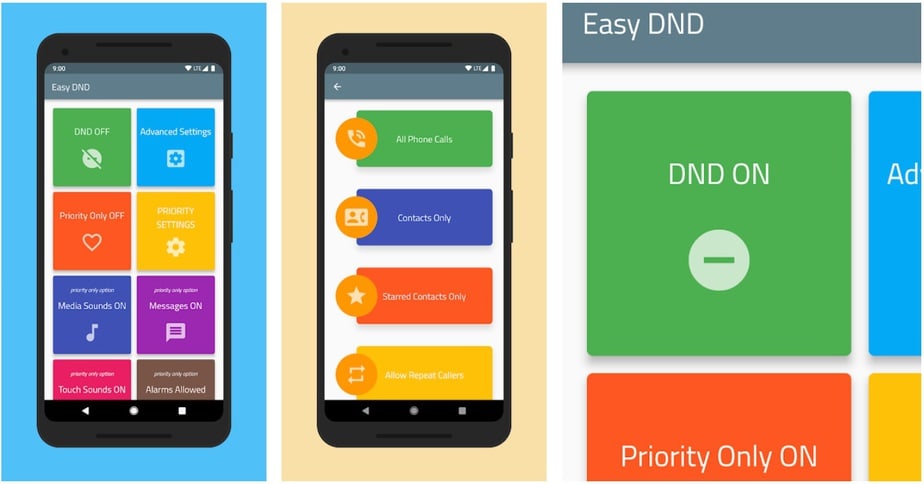 Easy DND was created by XDA developers and brings the best features of native Android’s DND to a vibrant, open, and user-friendly layout. That means that the app has almost all of the features found in Android’s native Do Not Disturb mode. You can use Easy DND to toggle between Full Do Not Disturb, Priority Only, Starred Contacts, Repeat Callers, and other options. 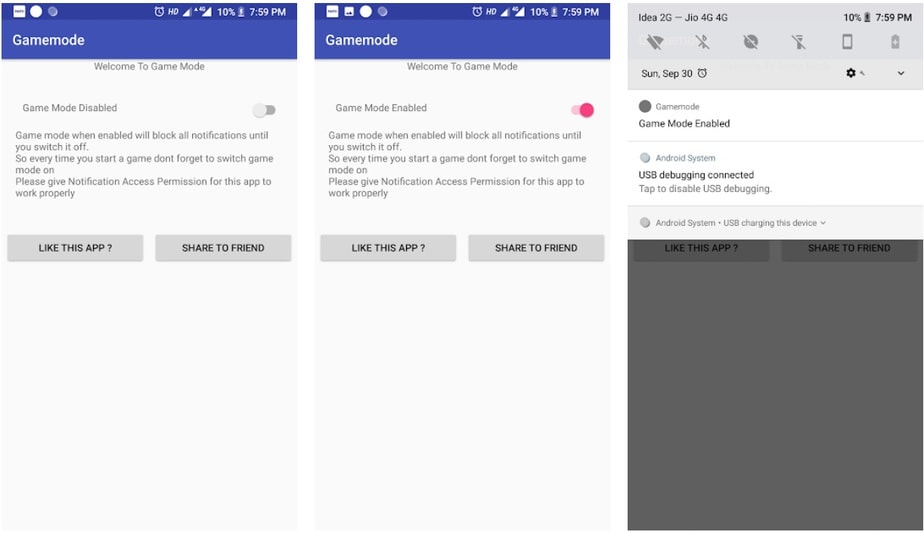 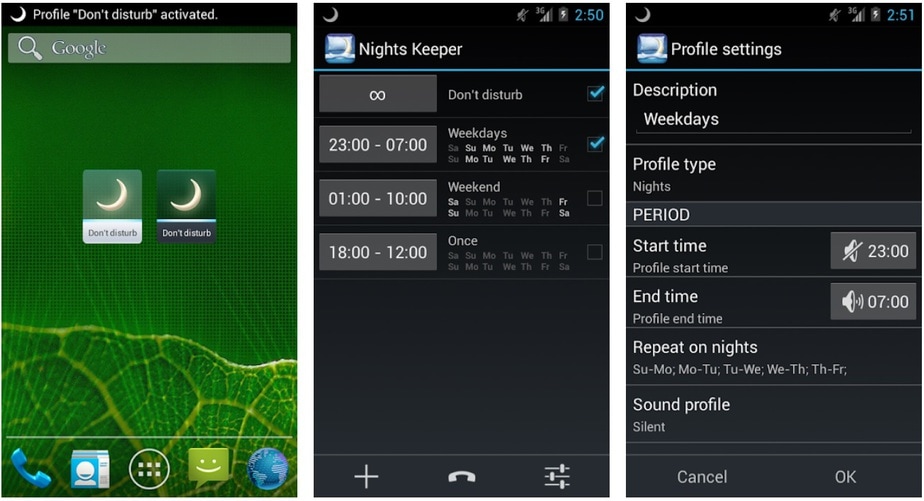 Nights Keeper is not quite a Do Not Disturb app. It’s something that can assist you in getting rid of annoying phone calls. It is a straightforward call blocker that ignores all calls except those from your whitelisted contacts.

The ability to create multiple profiles and add different contacts makes the app even more useful. You can also program the application to unlock your profiles at a certain time and date. 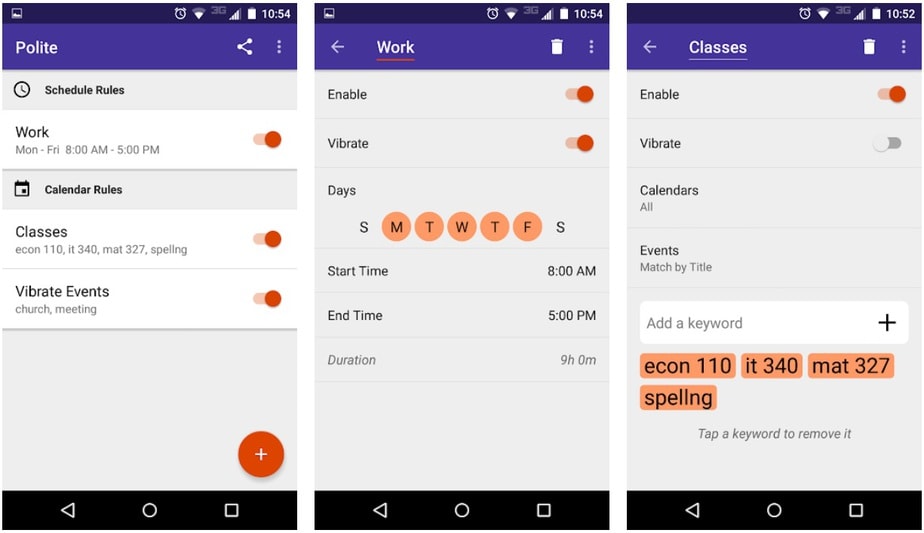 Polite is not exactly a Do Not Disturb application, but it gets the job done. It blocks all sounds rather than adding contacts to the whitelist or blacklist. It has the ability to integrate with the native calendar app to apply rules and enables users to select particular times and dates for entering silent mode. 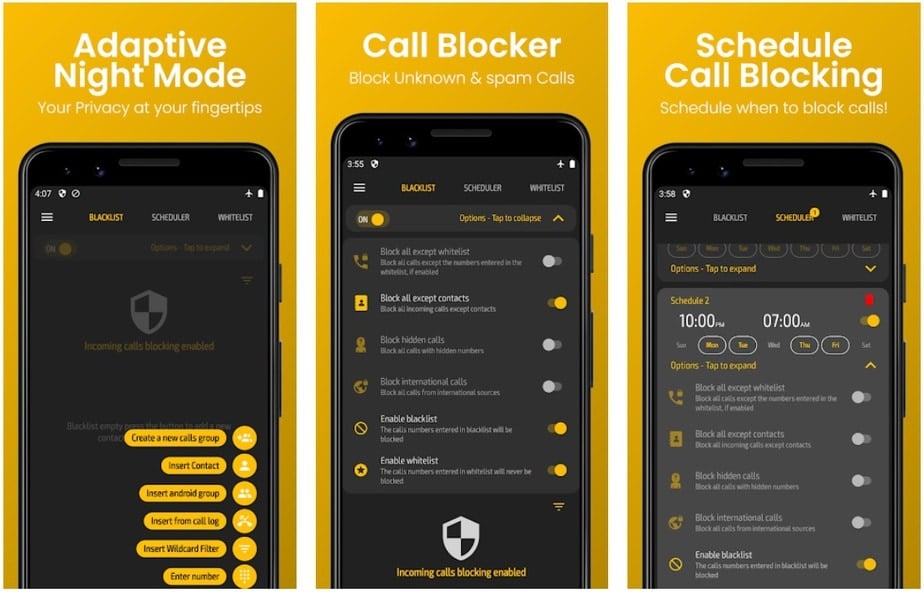 Call Blocker can also block SMS alerts in addition to incoming calls. It also has a profile that allows you to block all incoming calls and SMS for a limited time. 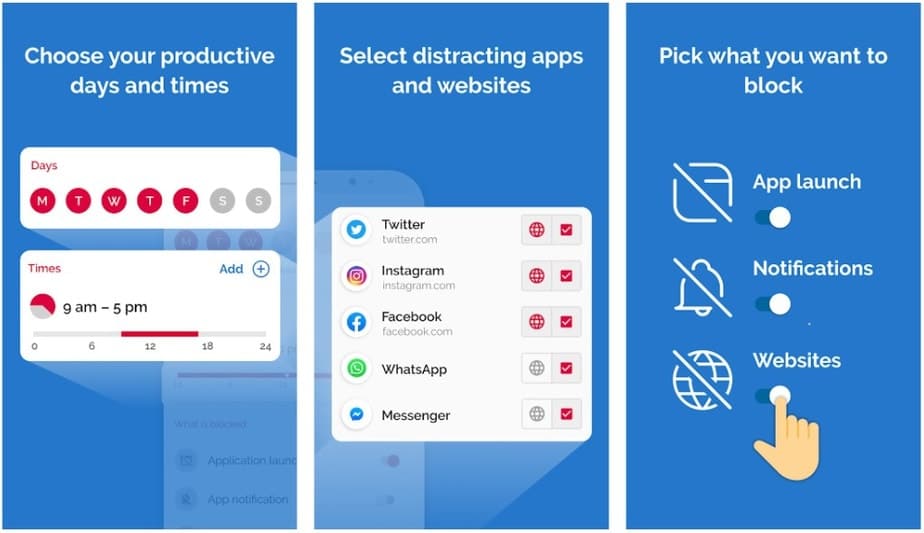 AppBlock – Stay Focused is one of the most common Do Not Disturb apps on Google Play Store. You can quickly block applications, websites, and alerts with this app.

It also helps you to build profiles with rules for groups of specific applications. A timer can also be used to activate profiles within a specific time frame. 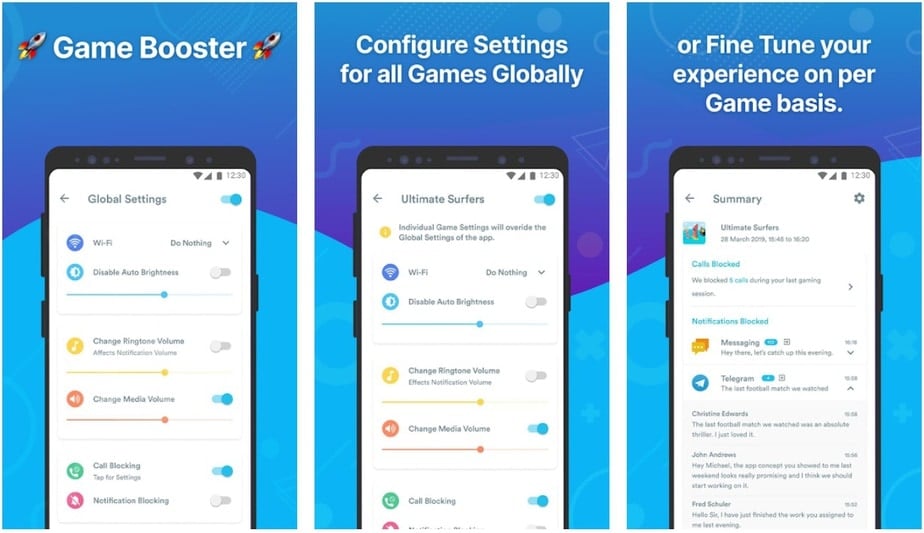 Gaming Mode could be the best choice for you if you are looking for a DND app to help boost your gaming experience.

When a game is started, this app automatically refuses all incoming calls. Not only that, but it also silences the ringtone volume and removes all alerts, allowing you to focus on your gaming. 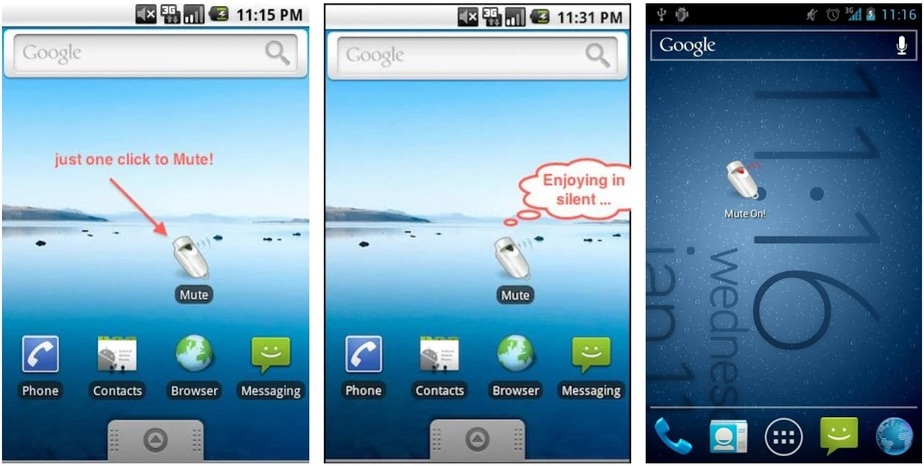 You can use Mute if your phone does not have a Do Not Disturb mode. When you turn it on, it actually mutes all applications for you.

Mute, on the other hand, helps you to build Do Not Interrupt lists. For example, you can make a list of specific apps or games, and when you turn it on, it will muffle all notifications and ringtones from those apps.

10. Do Not Disturb Toggle 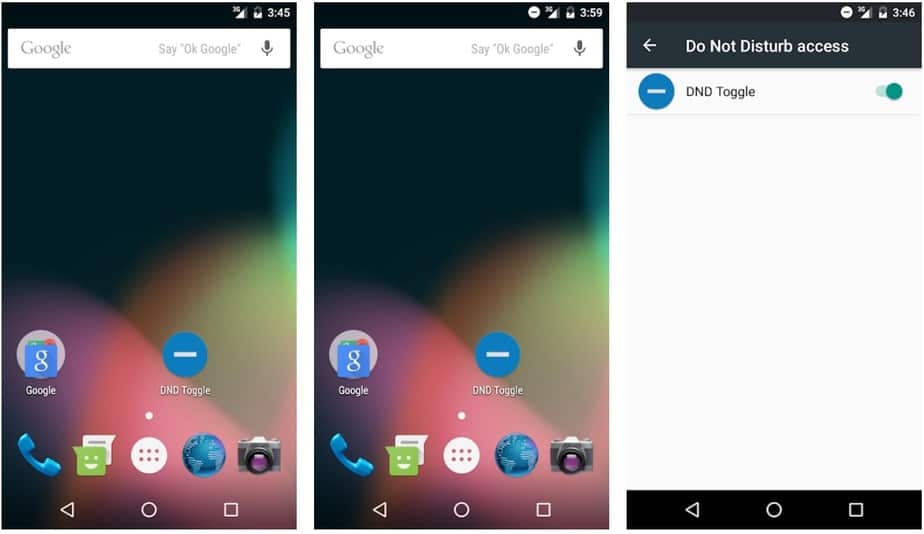