Concerned about the environment but can’t do without your Android phone? Yes, the advent of the mobile phone has become a bane for the environment from the manufacturing process, usage, to disposal. The best thing we can do is work on the usage and let the experts figure out the rest. We can max out our phones and improve on battery life with apps such as Greenify. But Greenify may not be entirely compatible with your Android phone just as many apps are. So this time, we discuss some Greenify alternatives for Android, see if they’re better or we’re just better off.

Instead of maxing out batteries and disposing of our phones quicker, we can improve on battery life and max out the phones. The Greenify app and these Greenify alternatives for Android might do the trick. 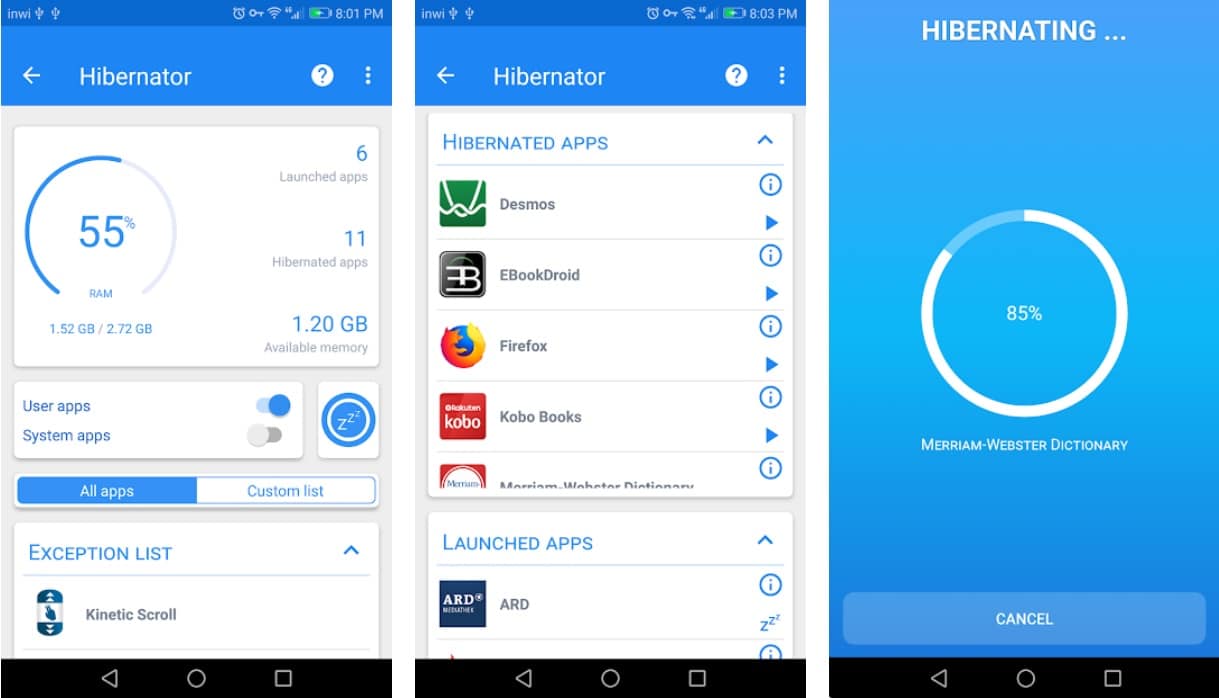 Don’t let the name fool you. Hibernator will actually kill running apps, not put them to sleep. Because many apps like Facebook, Instagram, and Twitter remain awake when you turn off your screen and put your phone in your pocket. That’s why you get notifications and that older feeds on the respective apps remain. Many apps still take up RAM and processing units, slowing your phone down and draining your battery, and sometimes causing some phones to heat up. Hibernator solves that problem by closing all running apps, or all apps chosen by the user when he/she presses the power button. The app is trusted by over a million users so why not give it a go. 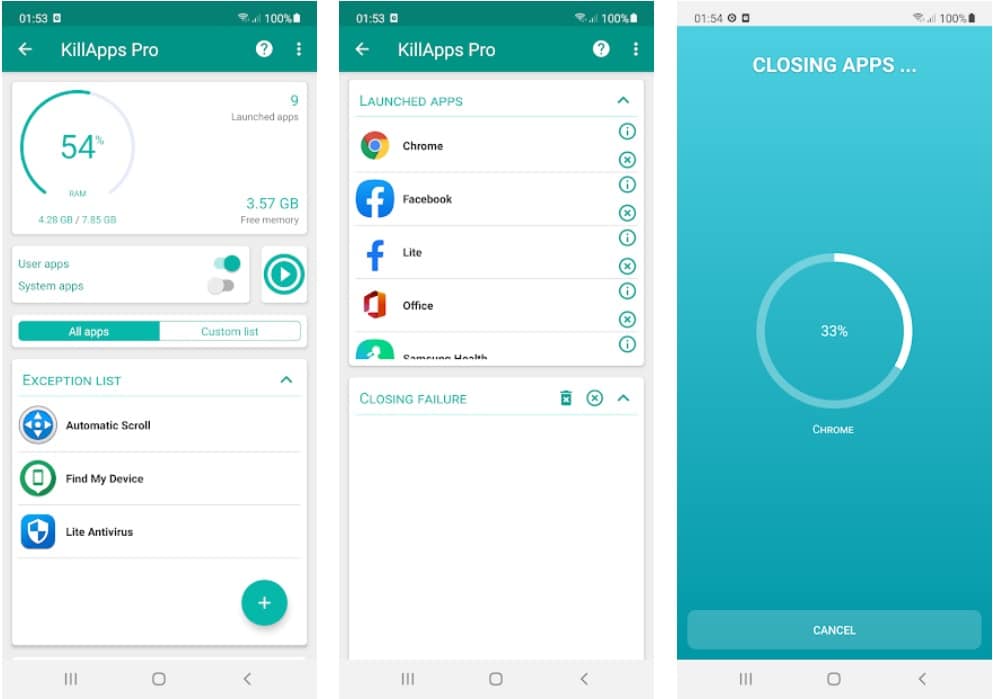 Now if you’re a no-nonsense phone user who doesn’t like nagging notifications from apps, or you’re totally power and carbon-conscious, then KillApps is for you. Why make your open apps hibernate or sleep when you can kill them all in one go? KillApps can kill all running apps, close background tasks and services, and can also close system apps. KillApps from APPDEV QUEBEC is also trusted by over one million users. However, it supports ads and in-app purchases. Go Pro and kill the ads as well as unnecessary system processes. 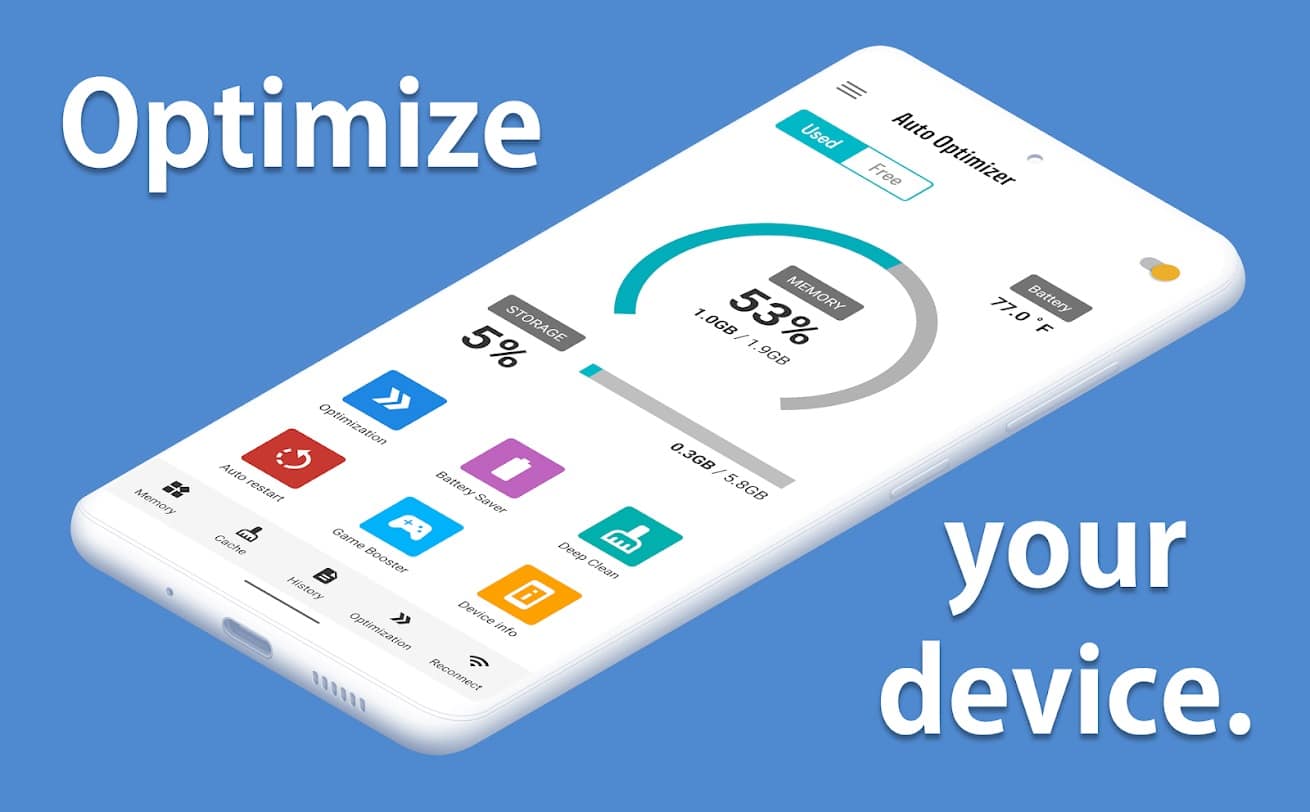 Auto Optimizer by HDM Dev Team is both a battery saver and performance-boosting app. It does so by having plenty of functions up its sleeve, not just as a battery saver. Auto Optimizer has a memory release, clear cache, and clear history function – something difficult to do manually with Android. This function should keep your Android phone working very fast and responsive. The battery save function should save your battery consumption from 1/10th up to 1/3rd while the device is off.

Auto Optimizer also displays memory and battery info to keep users wary of their usage. There’s also the auto-restart function which can be done in intervals to re-initialize the phone to free up all memory and resources, including those sloppily leftover by sloppy apps. Auto Optimizer Trial allows the user to experience their phone’s full potential for 48 hours. When the two days are up and the user likes the experience, the pro version gets offered for sake and download. 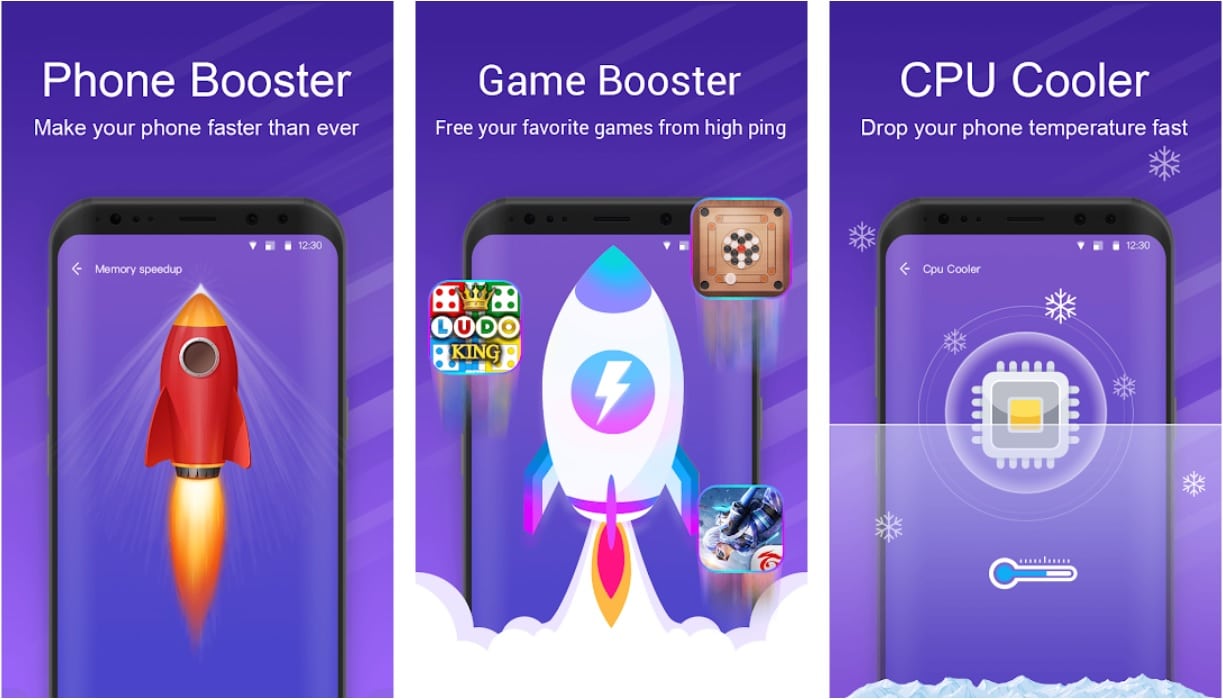 Nox Cleaner is another popular Greenify alternative for Android. If in doubt, it’s trusted by over 50 million users. Like Auto Optimizer, it optimizes phone resources such as the battery, RAM, and storage. Nox Cleaner can boost the phone’s performance by managing the resources mentioned. Nox Cleaner can boost apps, including games to give users a lag-free experience. Its memory booster will free app RAM which is sloppily allocated by bad apps, so other apps can work faster, and the phone won’t have to work twice as hard.

Nox Cleaner also helps keep the CPU cool by closing battery draining and resource-intensive apps working in the background. Nox goes beyond its premise by also having an integrated real-time anti-virus, since viruses and malware do cause unnecessary phone resource use. And lastly, it also organizes photo galleries, so users can easily find unnecessary images they can delete. 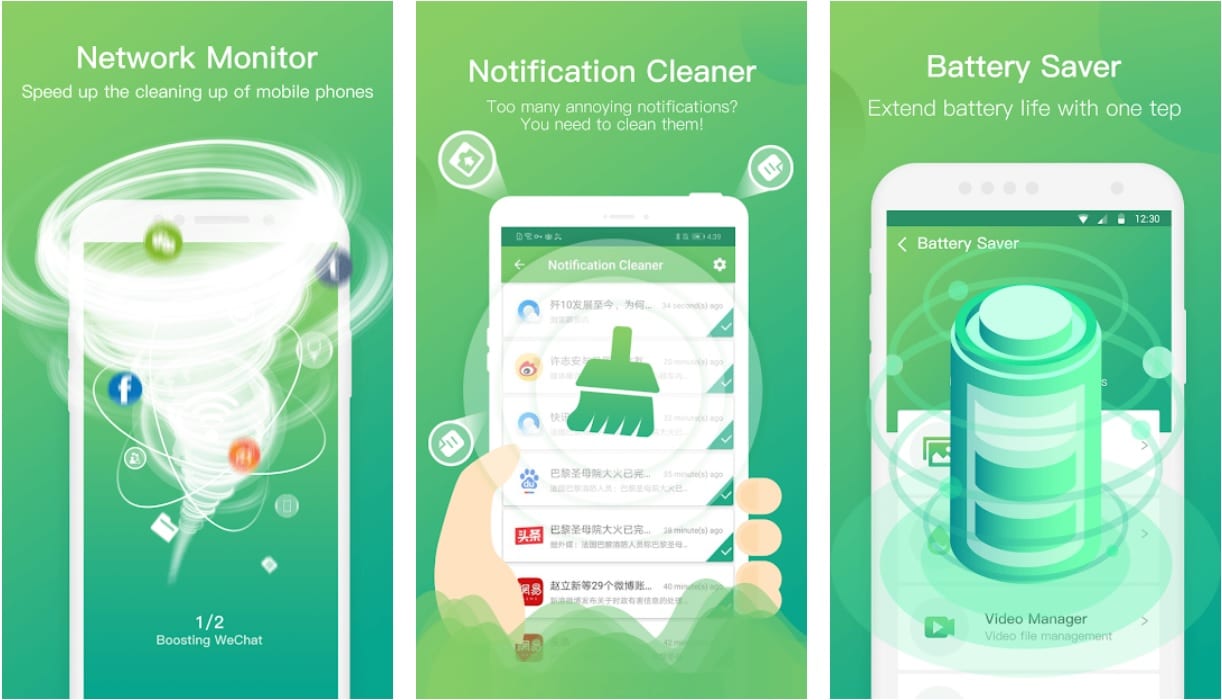 Green Guard is another well-graded Greenify alternative for you to try. Its main focus is the battery saver which also hunts down misbehaving apps that drain the battery. This can also be done in one tap. The CPU cooler does the same thing as it keeps the CPU cool by killing CPU-intensive apps in the background – a good function prior to running a game. The memory booster reinitializes RAM left out by sloppy apps.

Like Nox, Green Guard also has a similar photo function that helps users weed out unwanted photos, freeing up much-needed space on the phone. The Video Manager does the same thing with videos. The App Manager allows for the removal of stubborn apps and looks for leftover APK files for deletion. Notifications can be a burden as well. Phones with many apps tend to have a ton of notifications that are ignored anyway. The Notification Cleaner clears them all. Green Guard works well, is free to download but is unfortunately hampered by ads, as the app doesn’t have a pro version. 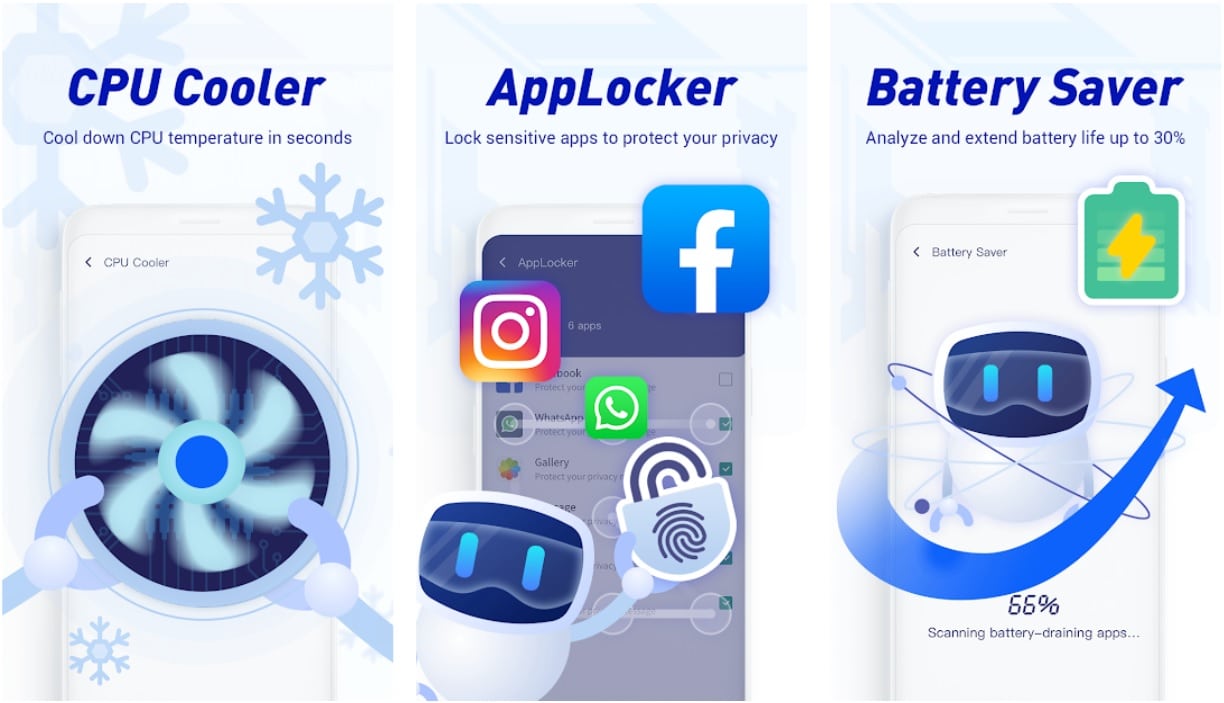 Nova Cleaner is another of the popular Greenify alternatives for Android. With over 10 million installs, it’s saving millions of phones from an early descent into e-waste. Like the other entries, Nova Cleaner has a Battery Saver function that analyzes battery usage and kills apps that unnecessarily drain the battery. There’s also a CPU cooler that also kills apps that hog the CPU, a junk cleaner that clears up the phone cache and RAM and looks for residual APKs and other junk files.

In terms of security, Nova Cleaner also has an anti-virus function that removes viruses and malware, the removal of which gives the bonus of added performance. There’s also an app lock function that keeps sensitive apps away from non-owners. It’s always bad in the movies when someone else picks up and eavesdrops on the phone. 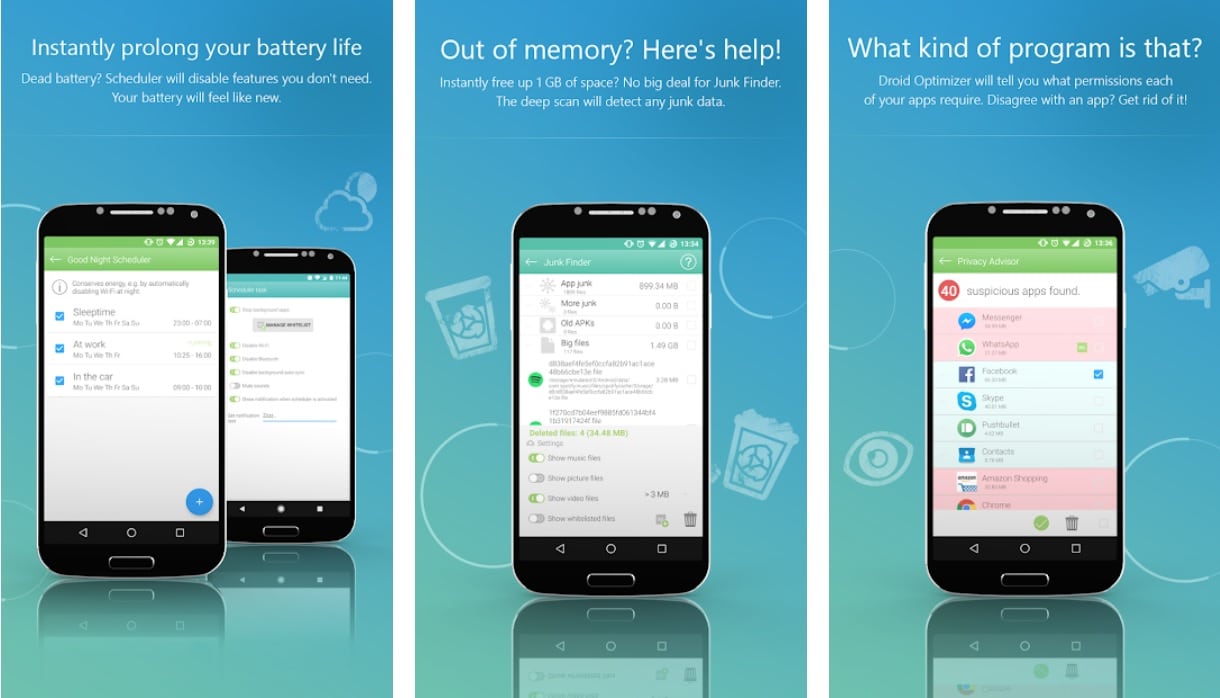 Droid Optimizer by AShampoo, a longtime veteran of mobile apps, means that Droid Optimizer can be a trustworthy companion app. Over a million users say so. First off is how it helps with the battery. Droid Optimizer’s Good Night feature disables WiFi or mobile connectivity during night periods or whenever the screen is turned off. Like the others in the list, this app can also clear up memory, clean the cache, seek out and remove orphan APKs and automatically kill foreground and background apps. A unique feature is that it turns phone maintenance into a game, rewarding users with ranks and funny images after successful cleanups. 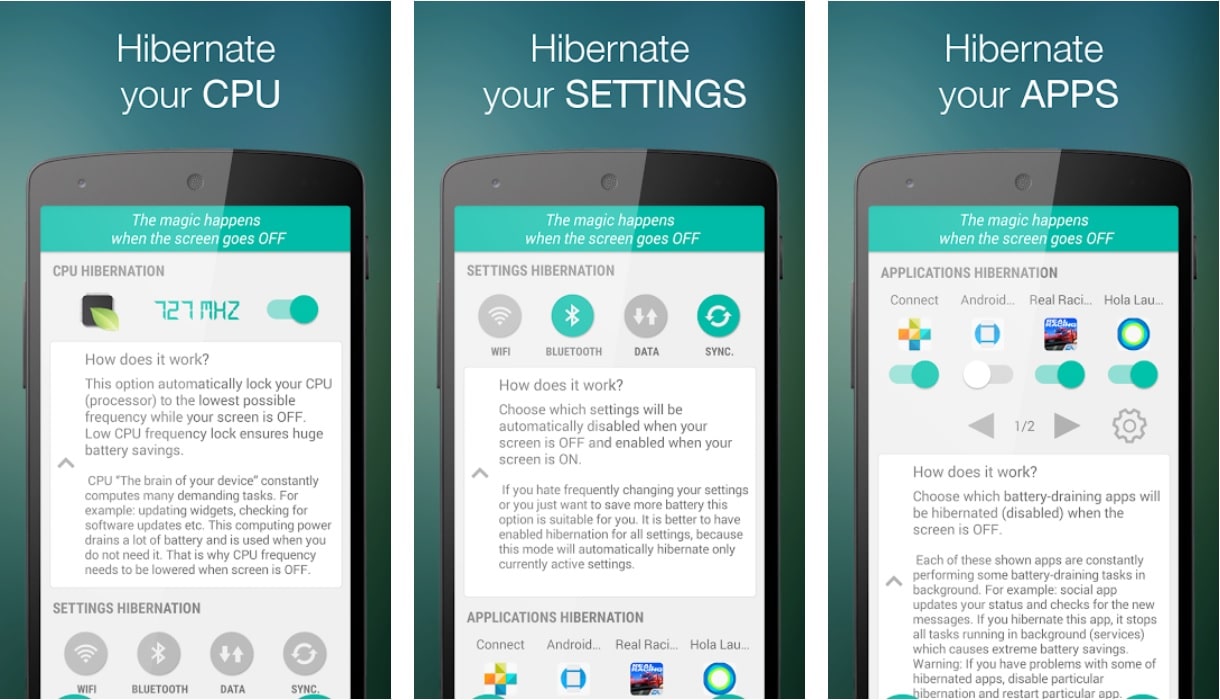 Hibernation Manager by Dominik Nozka works by hibernating the CPU, Apps, and Settings whenever the screen is turned off. This app has three modes – Application Hibernation, Settings Hibernation, and CPU Hibernation. Application Hibernation is where this app mainly conserves battery power by disabling but not killing background apps such as social media apps which are always on the lookout for messages and notifications. Settings Hibernation can automatically put your phone in airplane mode when the screen is off which also saves plenty of battery life. And lastly, CPU hibernation, which unfortunately only works on rooted devices, literally puts the phone in hibernation by throttling the CPU to the lowest possible frequency, which prolongs the CPU and saves the battery.

Unlike the others, what Hibernation Manager doesn’t have is Junk File removal and built-in antivirus, which aren’t exactly important but nice to have. With that, the app is the most lightweight and is good for phones where storage is a premium. The app is not completely free. In-app purchases of course will expand the app and include additional features. It may not do everything like Nox or Nova, but Hibernation Manager serves its purpose in this list. 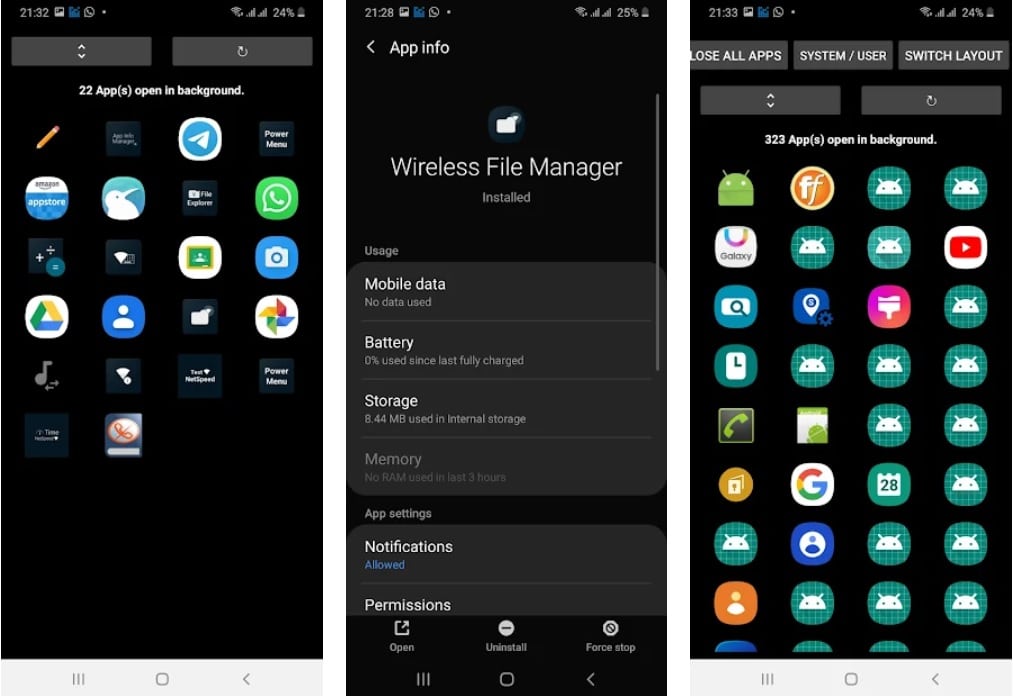 Next is a very simple title from Vishnu NK, Background Apps and Process List. It does as it is named and finds and closes those apps and processes. It closes background apps, with those apps gone, it extends the phone’s battery life, saves RAM, and reduces CPU usage. One tap closes all or several at once. The app looks clean and relatively simple to use.

We hope you liked this list of what we thought as great Greenify alternatives for Android. Let’s save the environment by maxing out the use of our phones before moving on to the next one. By maximizing the life of our batteries and keeping our energy or carbon footprint low by re-charging less. If the Greenify app doesn’t work for you, hopefully, this list can help.