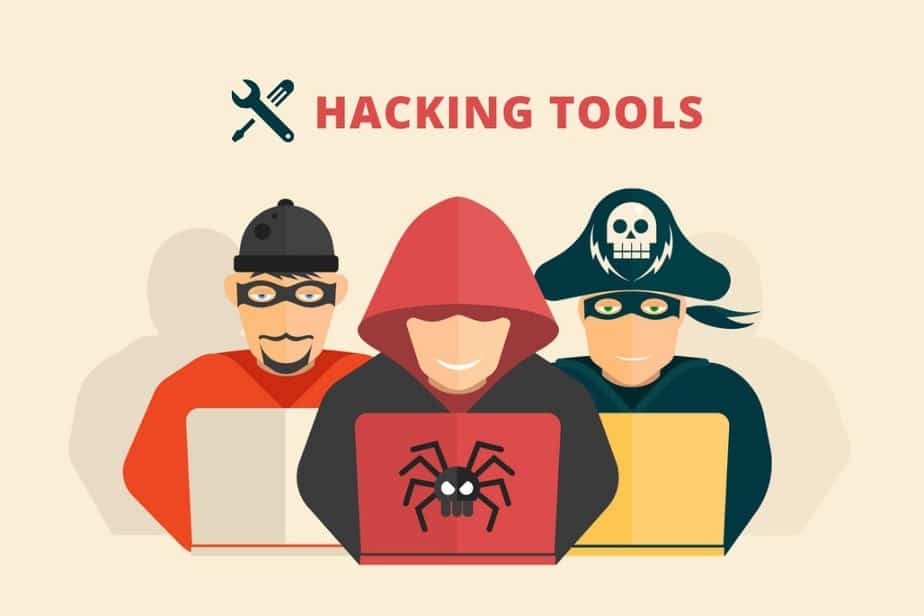 Hacking Tools are computer programs and scripts that assist users in identifying and manipulating vulnerabilities in computer systems, web applications, servers, and networks. There are numerous such services on the market. Users can use ethical hacking software for free, but they are also available in the paid version. In this article, I am going to tell you about the best hacking tools & software for Windows, Linux, and Mac. 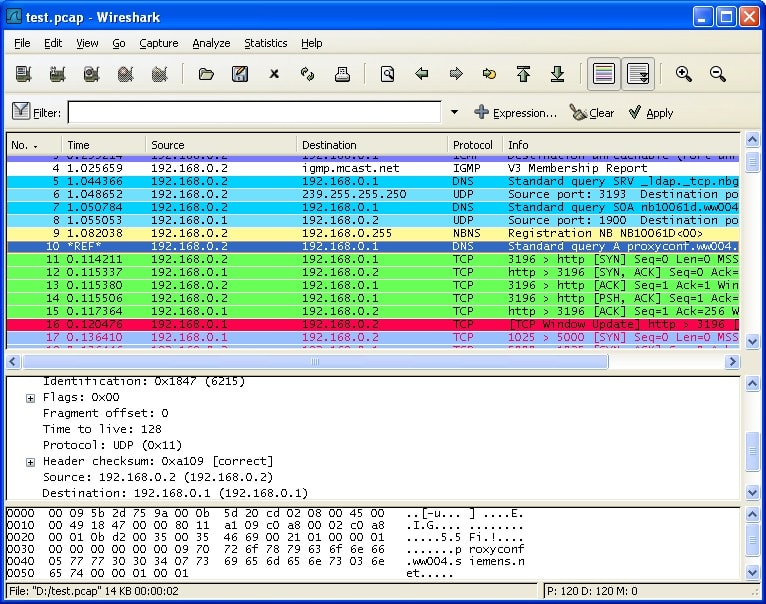 Wireshark is a popular packet crafting tool that detects network vulnerabilities and investigates firewall rule-sets. Ethereal was the original name for this free and open-source tool. Thousands of security professionals use it to monitor networks, capture live pockets, and deep search dozens of protocols. Wireshark can read live data from PPP/HDLC, ATM, Bluetooth, USB, Ethernet, IEEE 802.11, Token Ring, Frame Relay, FDDI, and other protocols. Wireshark also has a command-line version known as TShark. 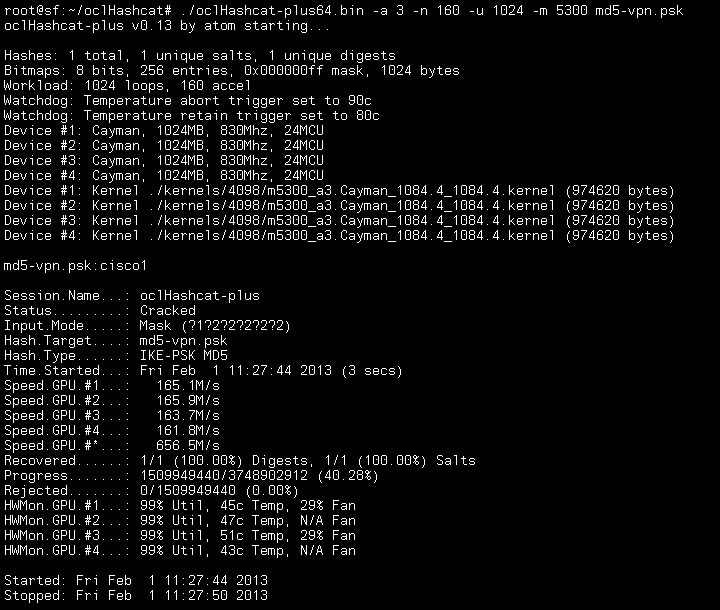 oclHashcat is the fastest password cracking tool in the world, with the world’s first and only GPU-based engine. NVIDIA users will need ForceWare 346.59 or later to use the tool, and AMD users will need Catalyst 15.7 or later. 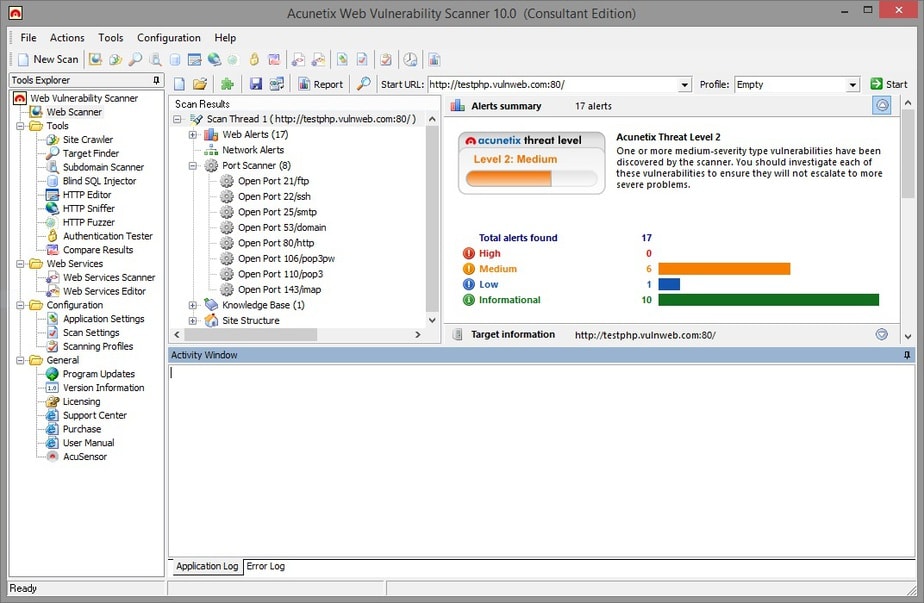 Acunetix includes a Login Sequence Recorder, which helps users to gain access to password-protected areas of the website. Using the latest AcuSensor technology, you will be able to reduce the number of false positives. 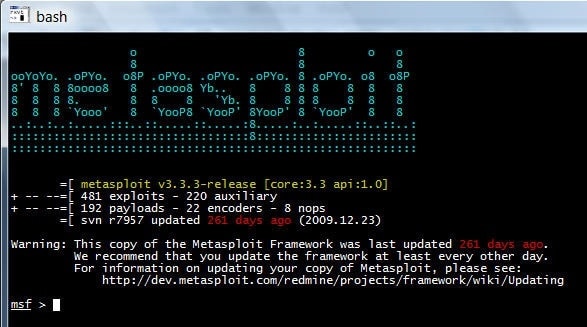 Instead of calling Metasploit a set of exploit tools, I’ll refer to it as a framework that you can use to construct your own custom tools. You can use this cybersecurity tool to find vulnerabilities on different platforms. Metasploit has over 200,000 users and contributors who can assist you in gaining insights and finding the shortcomings in your system.

It detects vulnerabilities as a penetration tester using Nexpose closed-loop integration and Top Remediation studies. Users can create their own tools and can get the most out of this multi-purpose hacking method by using the open-source Metasploit framework. 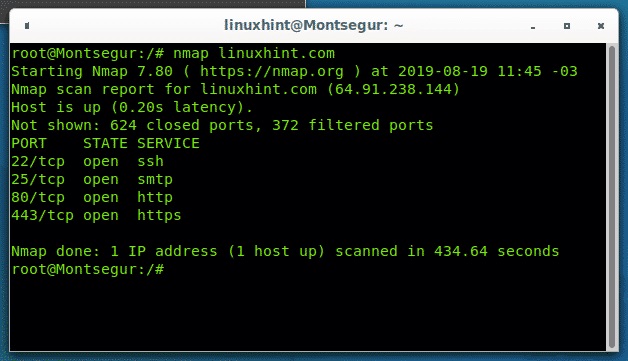 Nmap is also known as Network Mapper. It is the most common port scanning tool available that allows efficient network discovery and security auditing. It uses raw IP packets to specify the hosts available on a network and their services, as well as the operating systems used by hosts, the type of firewall used, and other information. 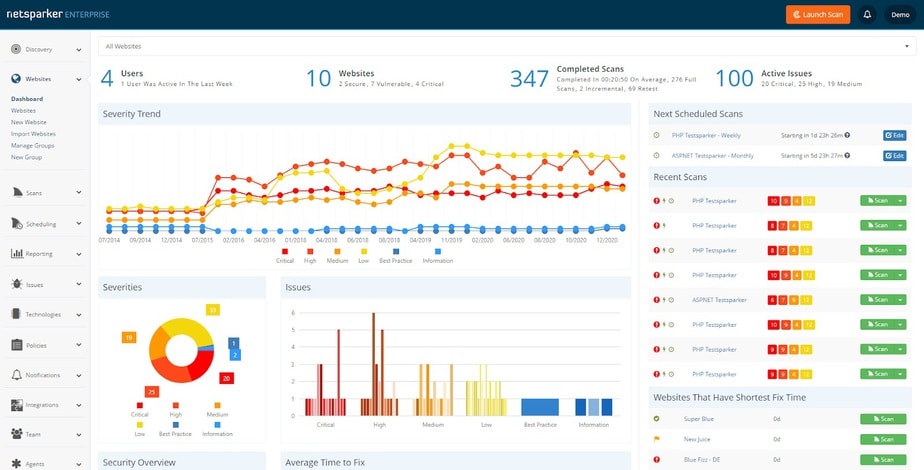 Netsparker is the best website application scanner that detects flaws such as SQL injection and local file induction and recommends corrective actions in a read-only and secure manner. You don’t need to test the vulnerability on your own because this hacking tool generates proof of exploitation. It will warn you if it is unable to automatically validate a defect. Netsparker is a user-friendly hacking tool. Simply enter the URL and let it do the rest. JavaScript and AJAX-based applications are provided by Netsparker. As a consequence, you don’t need to configure the scanner or rely on complicated scanning settings to scan various types of web applications. 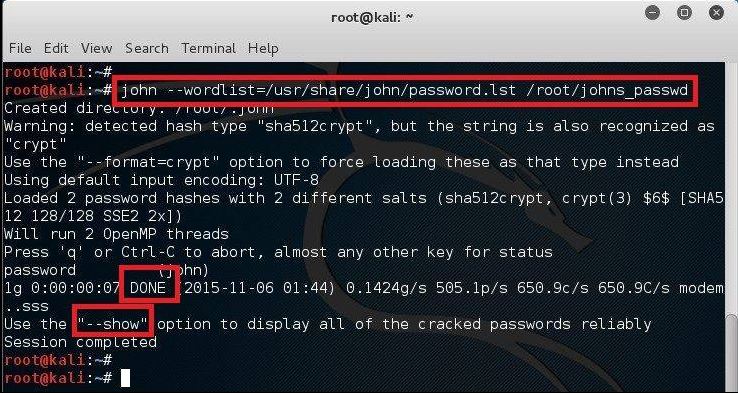 John The Ripper is a free and open-source tool that is mainly distributed in source code form. It is a software tool for cracking passwords. It is a common password testing and breaking software because it integrates many password crackers into one package, auto detects hash function types, and provides a customizable cracker. John The Ripper is mainly written in the C programming language. Different modules give it the potential to crack passwords using various encryption techniques. 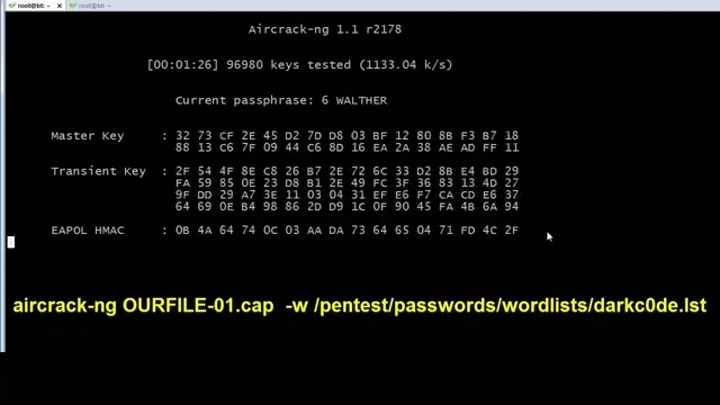 Aircrack-ng is another option for password cracking. It includes a detector, password cracker, and traffic sniffer. Each of these tools is command-line-based and supports extensive scripting. By using Aircrack-ng hacking app, you can catch packets, perform various attacks, export data to text files, test WiFi cards and driver capabilities, crack WEP and WPA PSK e.t.c. 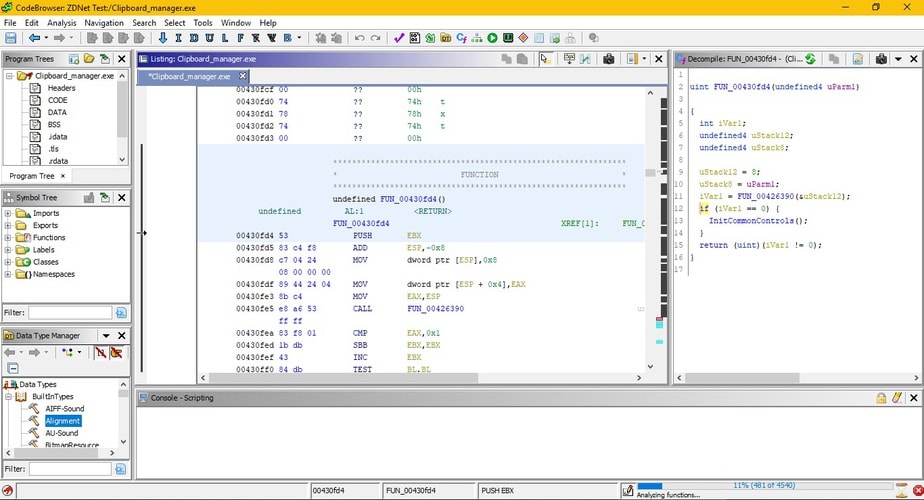 Ghidra is the NSA’s in-house reverse engineering platform, which was recently open-sourced by the American agency. According to the NSA, the tool is internally used to look deep into malware and apps to identify flaws and vulnerabilities.

One of the most critical aspects of this hacking tool is the multi-user support, which allows researchers to communicate and reverse engineer a single binary. User can also use the exposed API to build your own Ghidra plugins and add-ons for additional functionality. 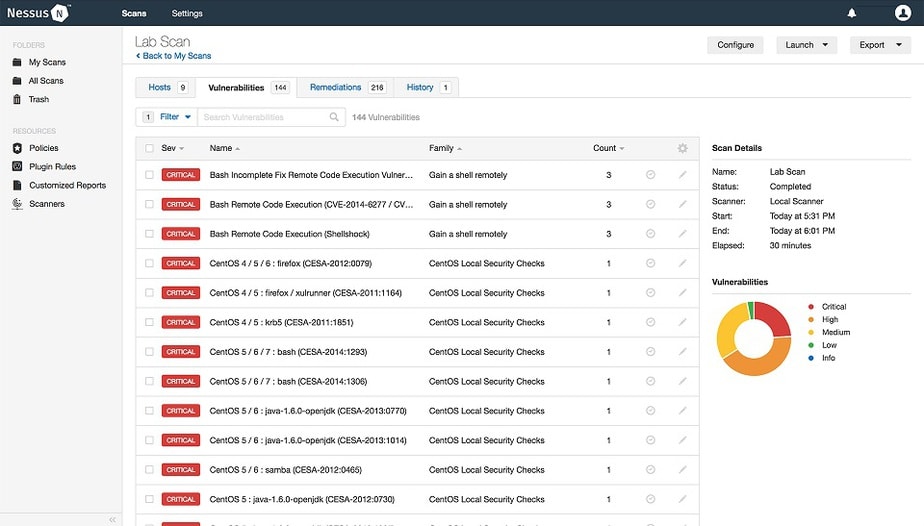 Nessus Vulnerability Scanner is available on various platforms, including Windows, Mac OS X, and famous Linux distros such as Debian, Ubuntu, and Kali Linux. This top free hacking platform uses a client-server architecture. Tenable Network Security created the tool. It is one of the most used vulnerability scanners. Nessus Home, Nessus Professional, Nessus Manager, and Nessus Cloud each serve a specific function for their respective users. 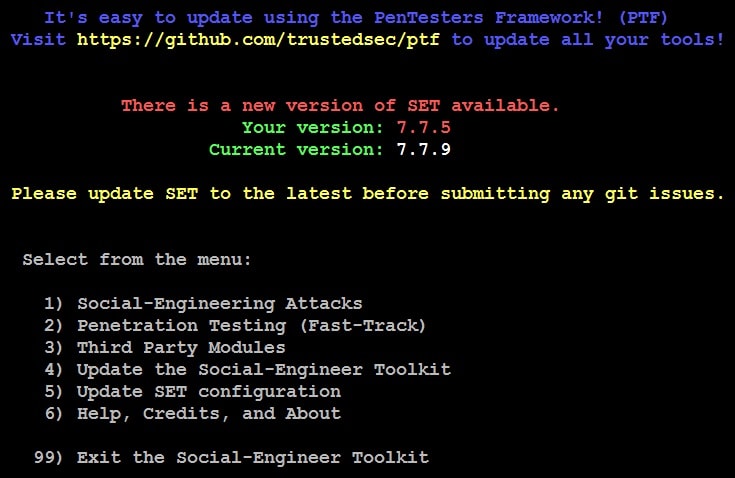 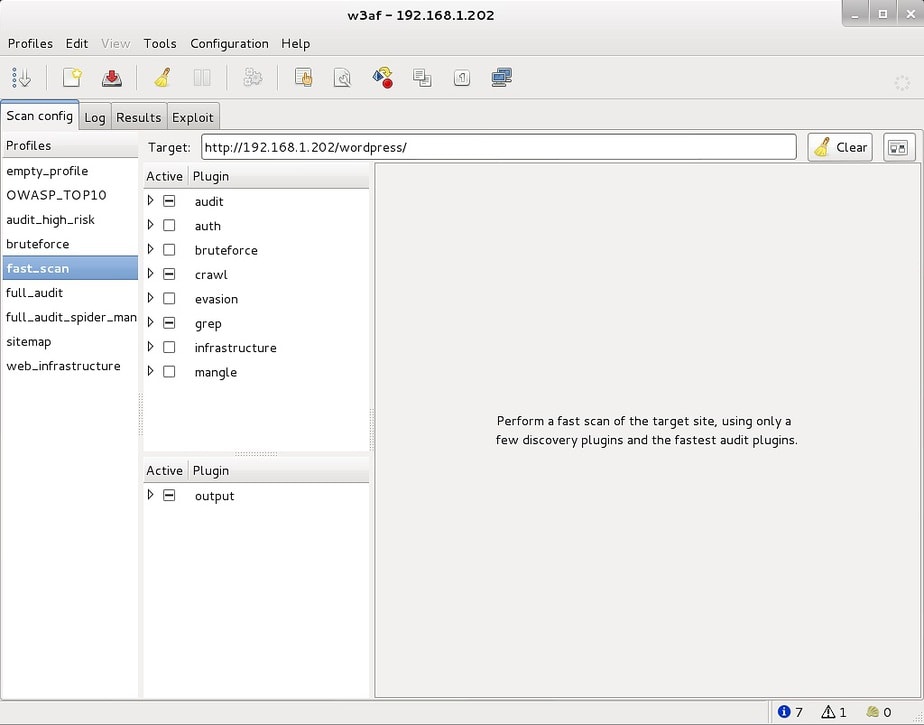 w3af is a popular free and open-source web application. It’s commonly used by testers and ethical hackers. Web application attack and audit framework are abbreviated as w3af. This hacking tool can be used to collect security vulnerability information that can be used in penetration testing engagements. w3af claims to detect over 200 vulnerabilities including cross-site scripting, SQL Injection, PHP misconfigurations, guessable passwords, unhandled server errors, and improve the security of a web application and website.

w3af is available in both command line and graphical user interface versions to meet the needs of a hacker. A web application’s security can be audited in less than 5 clicks using the predefined profile for beginners. New users would have no trouble finding their way. Also, it is an open-source hacking tool, an experienced developer can improvise with the code, implement changes, and build something completely new. 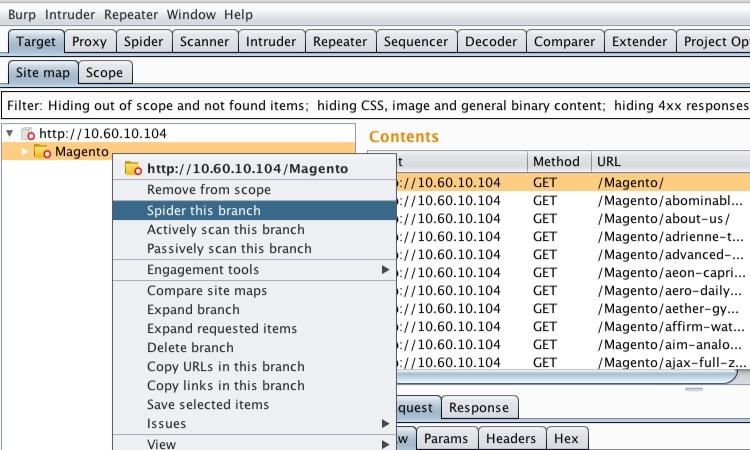 Burp Suite is performs web application security testing. It is also one of the best hacker programs that are available on the internet. Its tools properly integrate to support the entire testing process, from initial analysis and reporting of an application’s cyberattacks to identifying and exploiting security issues. 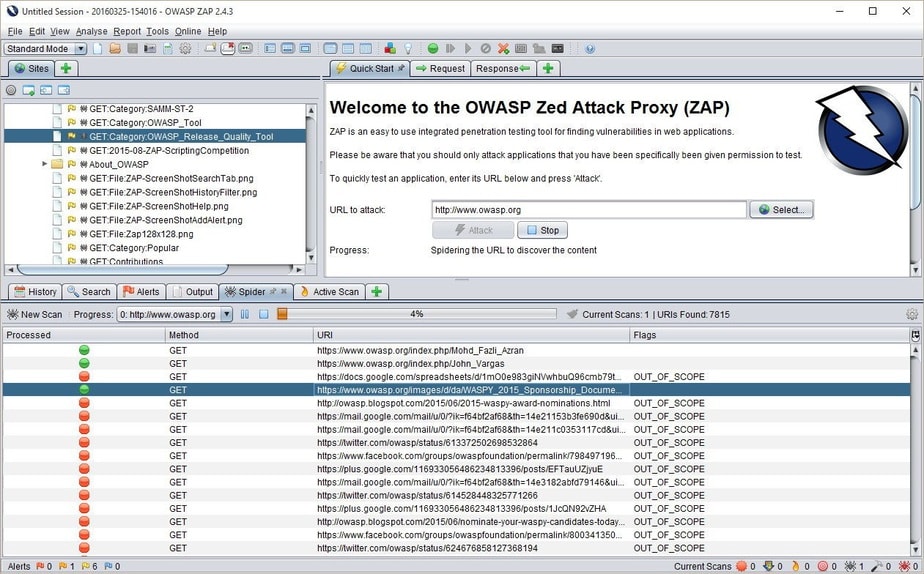 The Zed Attack Proxy is also one of the best and most famous OWASP projects that has achieved new heights. OWASP Zed is a very efficient and user-friendly hacking and pen-testing tool. OWASP Zed offers a series of tools and resources to enable security researchers to identify security weaknesses. 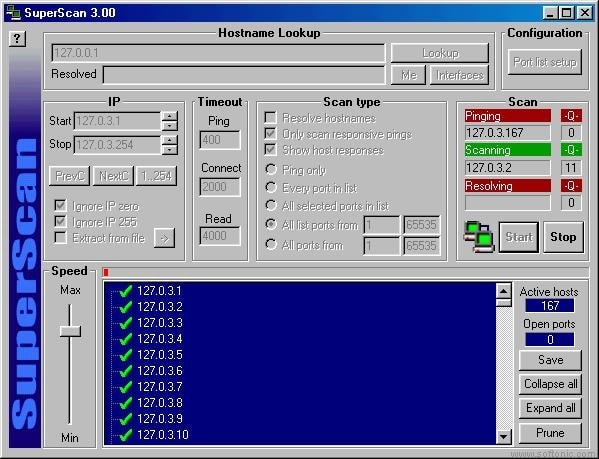 SuperScan is one of the best and cheapest connect-based port scanning applications that is available for the Windows operating system. The tool is not only good at detecting open TCP and UDP ports on the target computer. Aside from that, SuperScan can perform basic queries such as ping, traceroute, whois, etc. Therefore, SuperScan is yet another excellent hacking tool to consider. 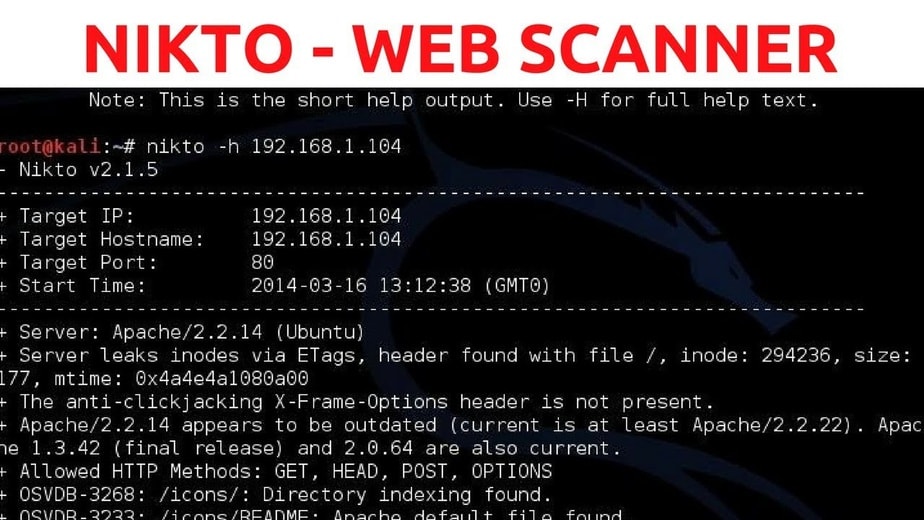 Nikto is a popular free and open-source web server scanner. It can scan and detect vulnerabilities in any web application. Nikto generally scans over 1300 servers with outdated versions and above all, it also checks for server configuration issues. 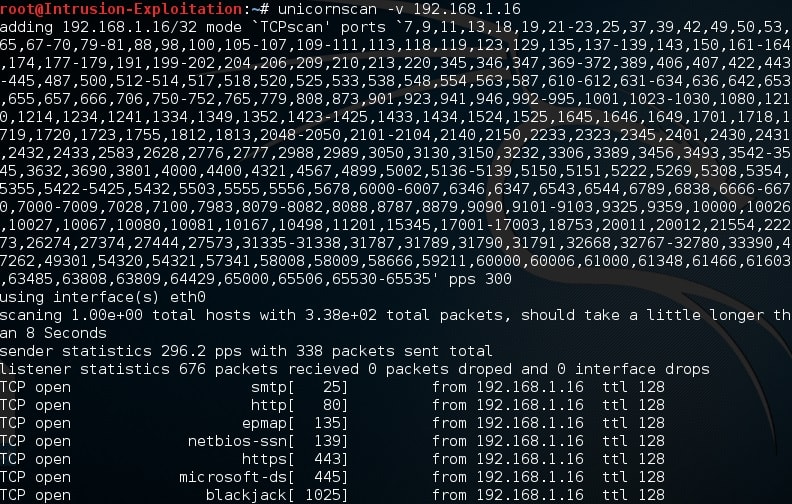 Unicornscan is an attempt at a User-land Distributed TCP/IP stack for data collection and similarity. Its purpose is to provide a superior interface for a researcher to introduce a stimulus into and measure response from a TCP/IP network or device. Its features include asynchronous stateless TCP banner snatching, asynchronous stateless TCP scanning with all TCP flag variations, component identification by analyzing responses and active/passive remote OS.

Battlelog offers trusted and unrecognized hacks for popular games like PUBG, Valorant, Call of Duty, GTA, and Overwatch. Using this hacker to cheat on games is safe.

Kismet works passively, which distinguishes it from other wireless network detectors. It can detect the presence of both wireless access points and wireless clients and associate them with each other without sending any loggable packets. Kismet is the most popular and up-to-date open-source wireless monitoring tool. Also, basic wireless IDS features include detecting active wireless sniffing programs such as NetStumbler, as well as a variety of wireless network attacks.