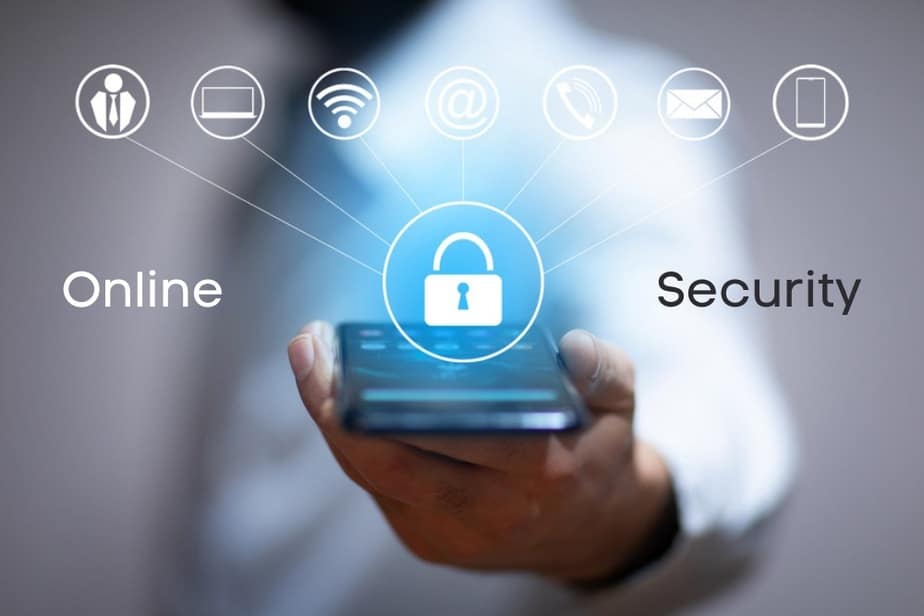 Android may be a fork of Linux, but it’s not a secure platform. It is made more so by being the top mobile platform for phones and tablets. Like Windows on PCs, malware makers have Android in their sights, as Android carries out millions of financial transactions daily. So, it’s only natural that Android will have its share of malware like bots, worms, and viruses. To counter the threat, users need security apps. This time, we’ll discuss the 10 best free internet security apps for Android.

You may also like: 8 Best Free Anti-Hacking Apps for Android

What is the Best Free Internet Security App for Android?

Free internet security apps for Android won’t be difficult to find as they come from the usual desktop suspects such as Kaspersky, Norton, McAfee, and AVG. So, if you already have a trusted brand of desktop internet security software, it would be nice to know that the same satisfaction can be extended over to mobile. But since Android is a different beast, another brand might be better suited or less expensive if the price point is a factor. 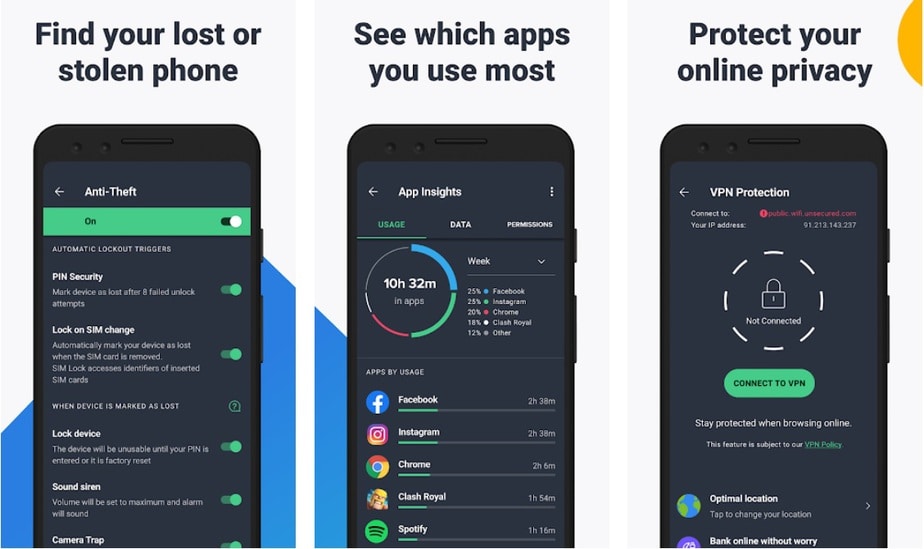 AVG has been around since the early 2000s and has proven itself as a trusted security provider. According to them, AVG has over 7 million positive reviews and over a hundred million downloads, making this one of the 10 best free internet security apps for Android.

AVG Antivirus features include the real-time scanning of apps and games, task-killer, file cleanup to speed up the phone, app-lock for sensitive apps via PIN or fingerprint, phone locator through Google Maps, photo vault for private photos, Wi-Fi security scan to check the network for threats, hack alert which advises if your passwords have been compromised, and app permissions advisor which informs the user of an app’s permissions level. 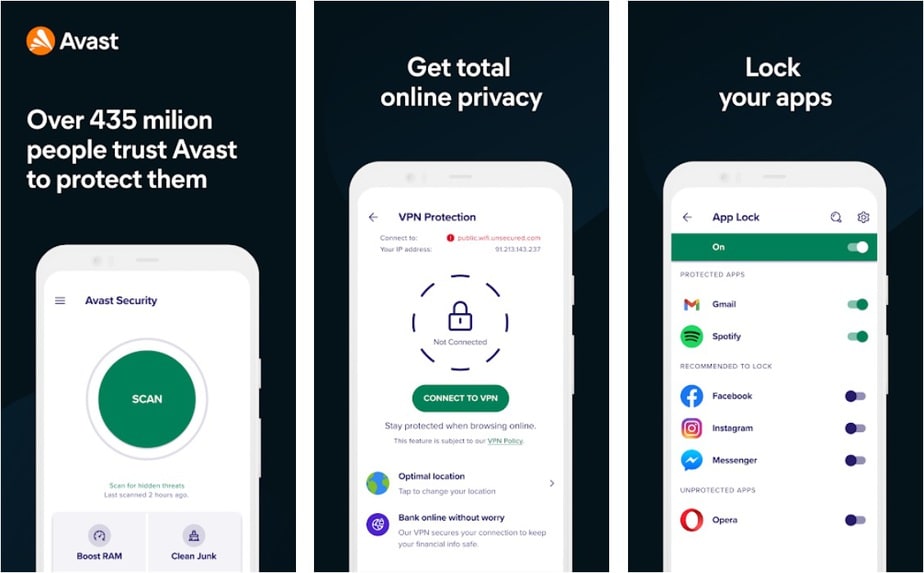 Avast is also well-known in the world of free antivirus software and has helped keep millions of PC users away from bloated and slow antivirus software. Avast Antivirus for Windows is known for being fast, unintrusive, and does not hog system resources. The company provides that same level of protection and performance to Android devices.

Avast basically has the same features as AVG Antivirus, which is natural since Avast purchased AVG in 2016. The choice between the two apps mainly depends on users’ familiarity and preference for each. Additionally, each supports the color scheme they’ve used. Aside from having 100 million installs and over 6 million positive reviews, Avast makes it onto this list as it possesses the same features as AVG. Avast can be used and downloaded for free. More features can cost $19.99 per year, and with a VPN service will cost $39.99 per year. 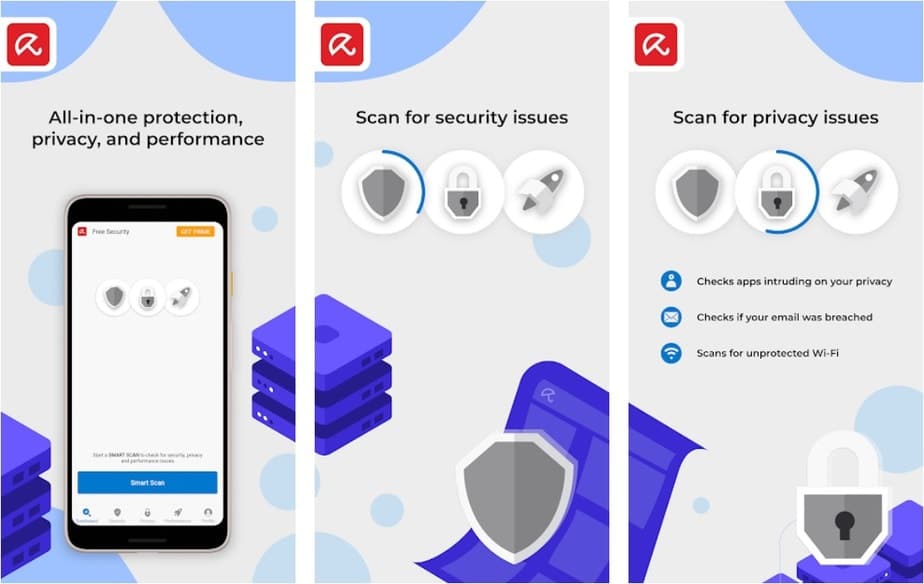 Compared to Avast and AVG, Avira is relatively new at 10 million downloads which is still substantial. Plus, at just 40MB, it is one of the lightest free internet security apps for Android. It may be small, but it’s just as effective and has most of the same features as Avast or AVG. It includes real-time protection against downloads and sideloads of infected apps as well as warnings about infected websites, a system optimizer that clears the device memory of unnecessary tasks and files, identity protection which checks if accounts have been leaked, phone locator, app-locking, a network scanner, and a free VPN. Everything mentioned is completely free, though the app does sell other features and products through in-app purchases. 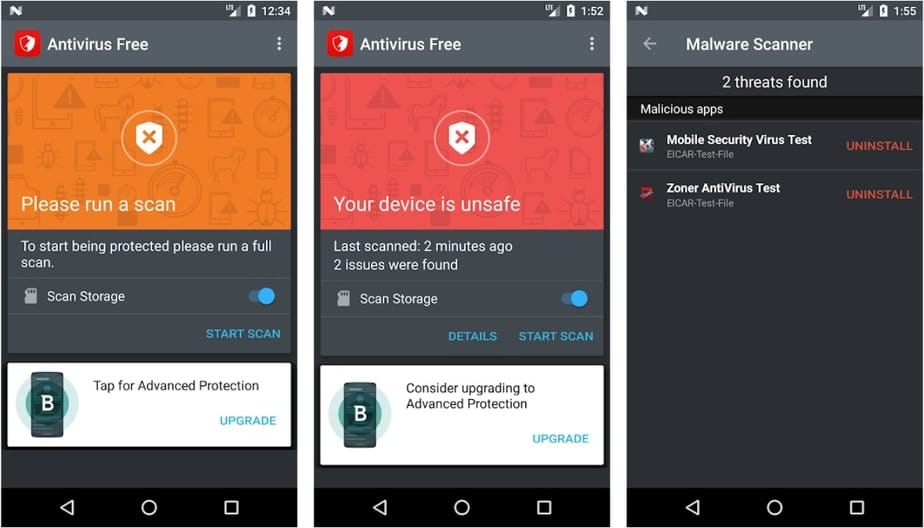 BitDefender is an Android antivirus app that’s completely free. It makes it onto this list not only due to its free nature but for its simplicity. At just 14MB, it’s the lightest security app in this listing. It should be perfect for low-end phones and people just looking for basic internet security. There’s nothing to fumble around and configure – just no-nonsense malware scanning using the same powerful engine as the company’s paid Bitdefender Mobile Security app, with some advertising (because the free service has to recoup something). 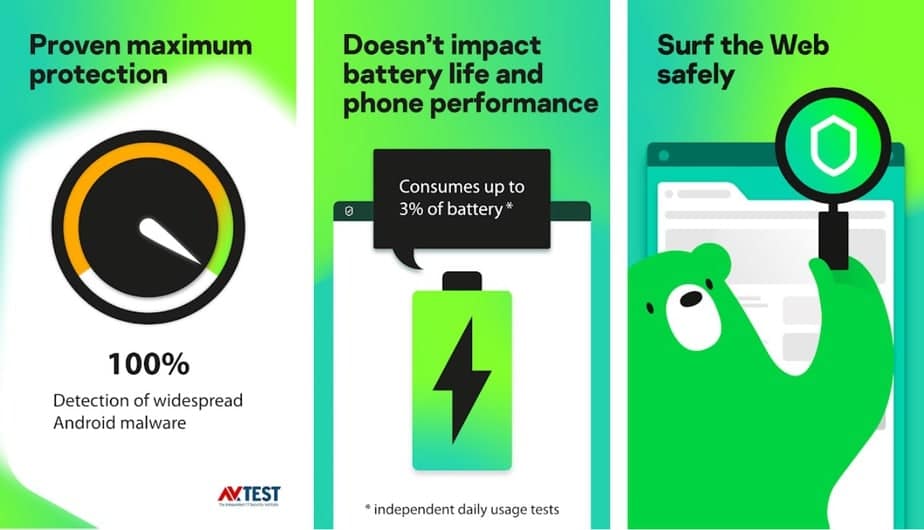 The free version includes features such as antivirus protection, on-demand scanning for malware, find my phone, and anti-theft. The in-app purchases include the following features – real-time scanning for malware, app lock to lock sensitive apps and data, anti-phishing which keeps financial info secure when banking online, and web filter which filters out dangerous links.

Some of the apps listed here have all features available on the get-go, but if you’re brand conscious and comfortable with Kaspersky, then this is for you. The pricing is quite cheap for assured protection. 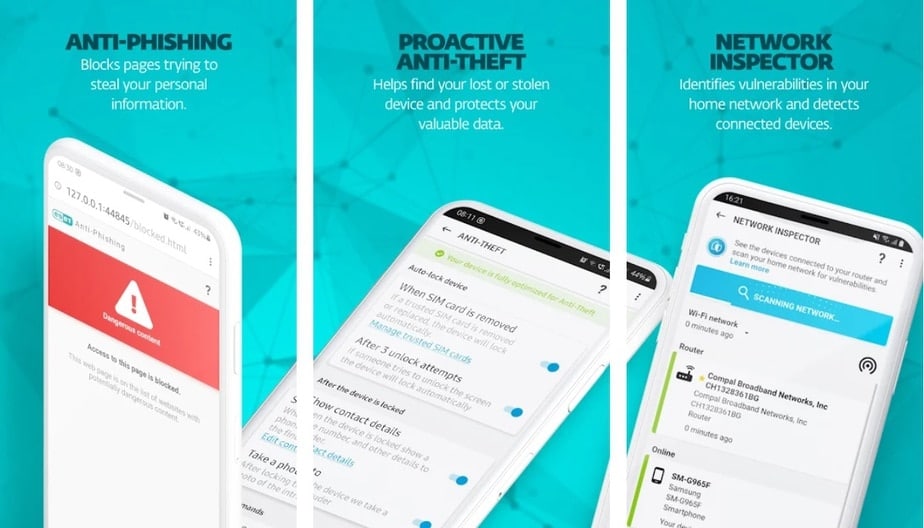 ESET is also well-known in the desktop world and makes sense to have an equivalent in the mobile space. Those who trust ESET on the desktop would naturally trust it on their mobile, which is substantial. ESET has millions of downloads and about a million positive reviews. ESET is also free to download with an in-app license purchase of a very affordable $14.99 per year.

Free options include the antivirus, real-time scanning, device security report which tells users how secure the device is, an activity log, and a USB OTG scanner that scans OTG storage. Premium features include Payment Protection for secure online transactions, proactive anti-theft, a network inspector which identifies gaps in security, anti-phishing which filters scam websites, call filter which blocks unknown callers, app lock which prevents easy access to sensitive apps, adware detector, security audit, scheduled scans, and the ability to use on up to 5 devices. 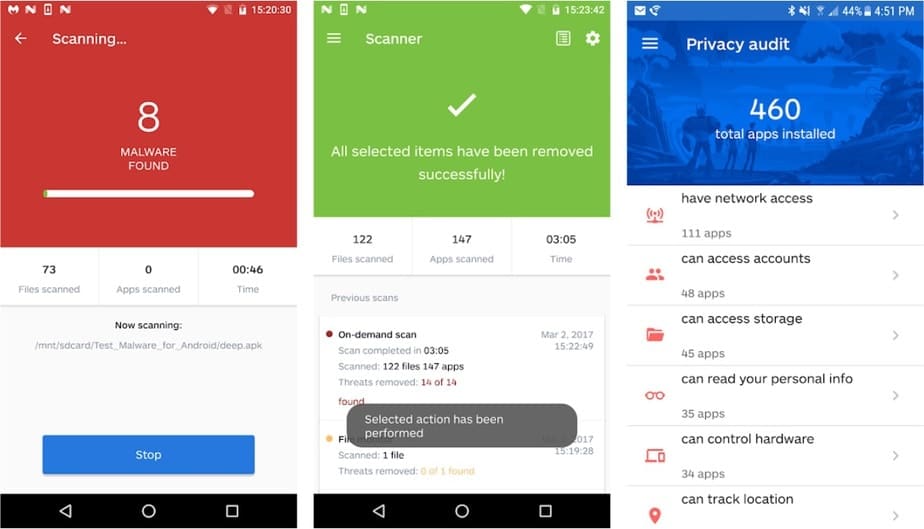 Malwarebytes is another popular Windows anti-malware app that makes its way onto Android devices. It’s been free on Windows (with a paid option), so of course, it will be one of the best free internet security apps for Android too. But, again, it’s also subject to the in-app purchase of the premium version. It might as well be free at almost $12 per year. However, that small amount still ensures that you’ll receive one of the best online security services out there.

The free version allows the user to look for and get rid of adware and malware that’s already on the phone and conducts a security access audit for all the apps on the phone, alerting users if an app is privy to too much information. As for the benefits of paying, Malwarebytes offers real-time protection from malware as well as the ability to check for phishing URLs. One upside is that the free version does not pester users with any ads, though getting real-time protection through payment is recommended. 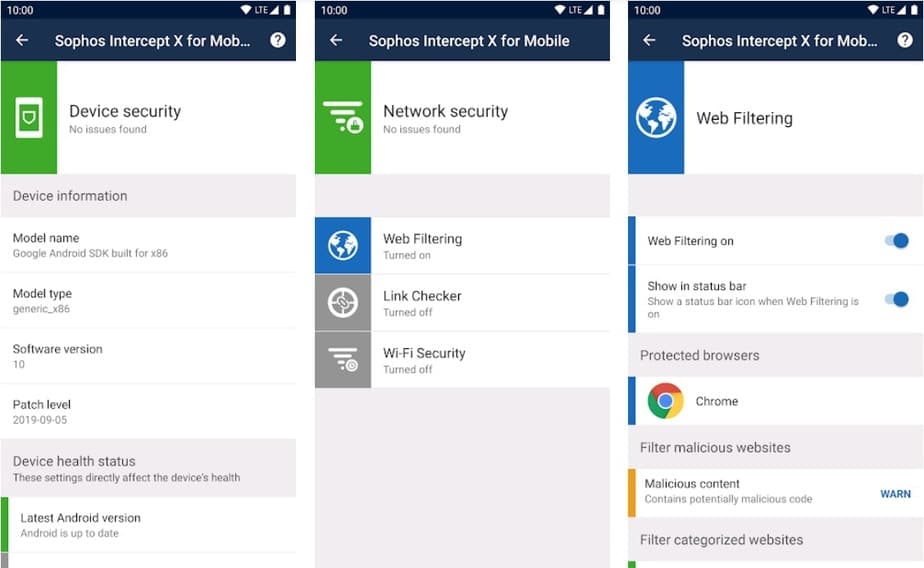 Again Sophos is one of the most trusted security companies in the realm of desktop computing. Hence, it makes sense for mobile users to look into Sophos Intercept X for Mobile. Another great reason mobile users download this small 24Mb security solution is that it’s completely free and devoid of ads.

With all these free features, there’s no reason not to install this security software on Android, especially for users dependent on mobile devices for online transactions. 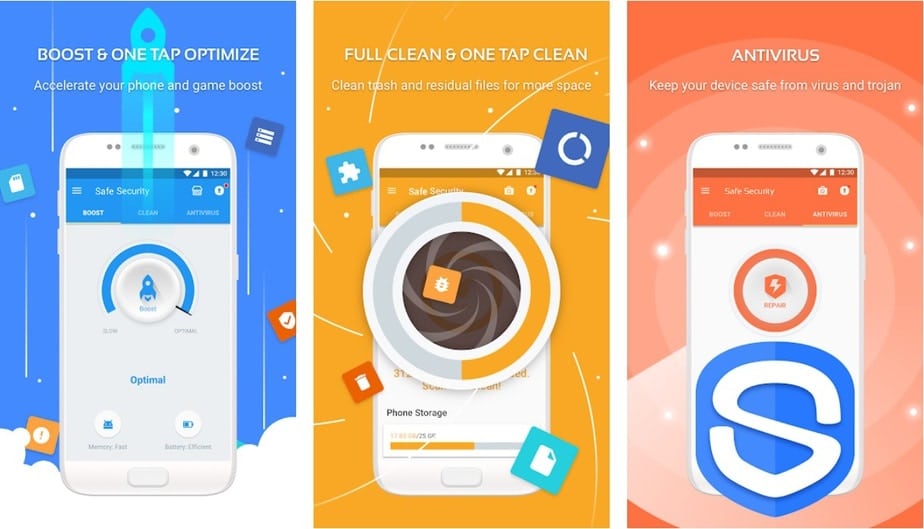 With over 200 million users, one can depend on Safe Security as a basic free internet security app for Android. It’s not just an antivirus app; it also works as a phone optimizer. The app is free but also comes in paid versions. Users can enjoy premium features at just $47 one-time payment for a lifetime, so no recurring monthly or annual fees. 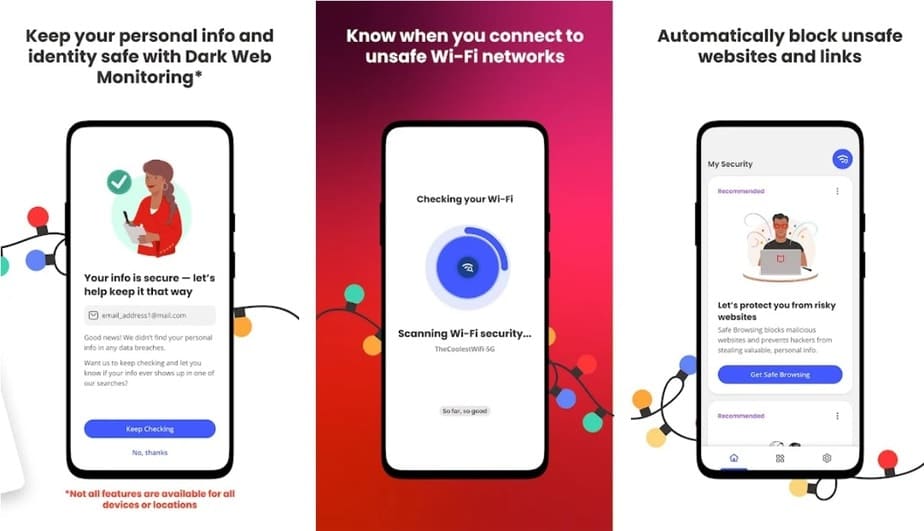 And lastly, for paranoid users who want to go gangsta on internet security, there’s McAfee. One of the most familiar names in internet security, pre-loaded on so many OEM laptops and desktops. For those who trust McAfee’s brand of internet protection, the mobile version is available for free, and the free version can be upgraded through in-app purchases. As expected with many free Android apps, there will be ads. Payment tiers allow for up to five devices on one account.

McAfee Security features and functions include: