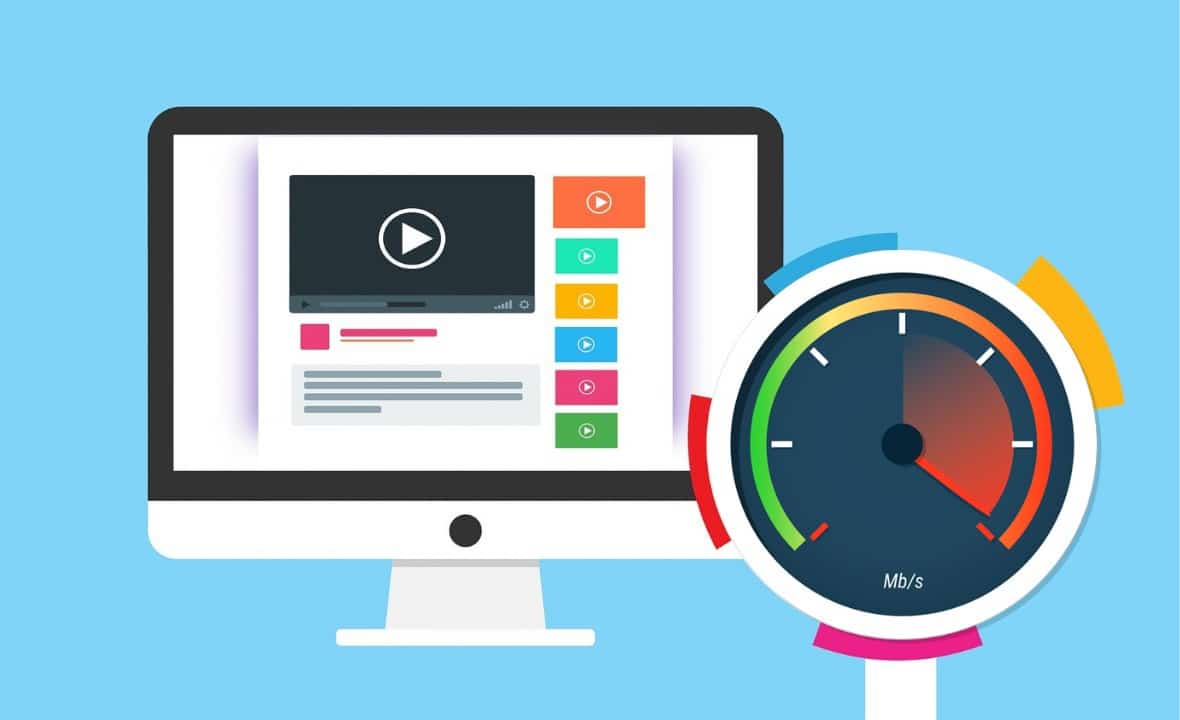 A high-speed internet connection is the most important thing when it comes to online matters. That’s why internet service providers are competing against each other in providing better internet speed. However, certain factors make internet speed slower. Distance, obstruction, and usage peak are major factors that can affect the speed of the internet. Having a slow connection or none at all seems so irritating and will bring a lot of trouble. 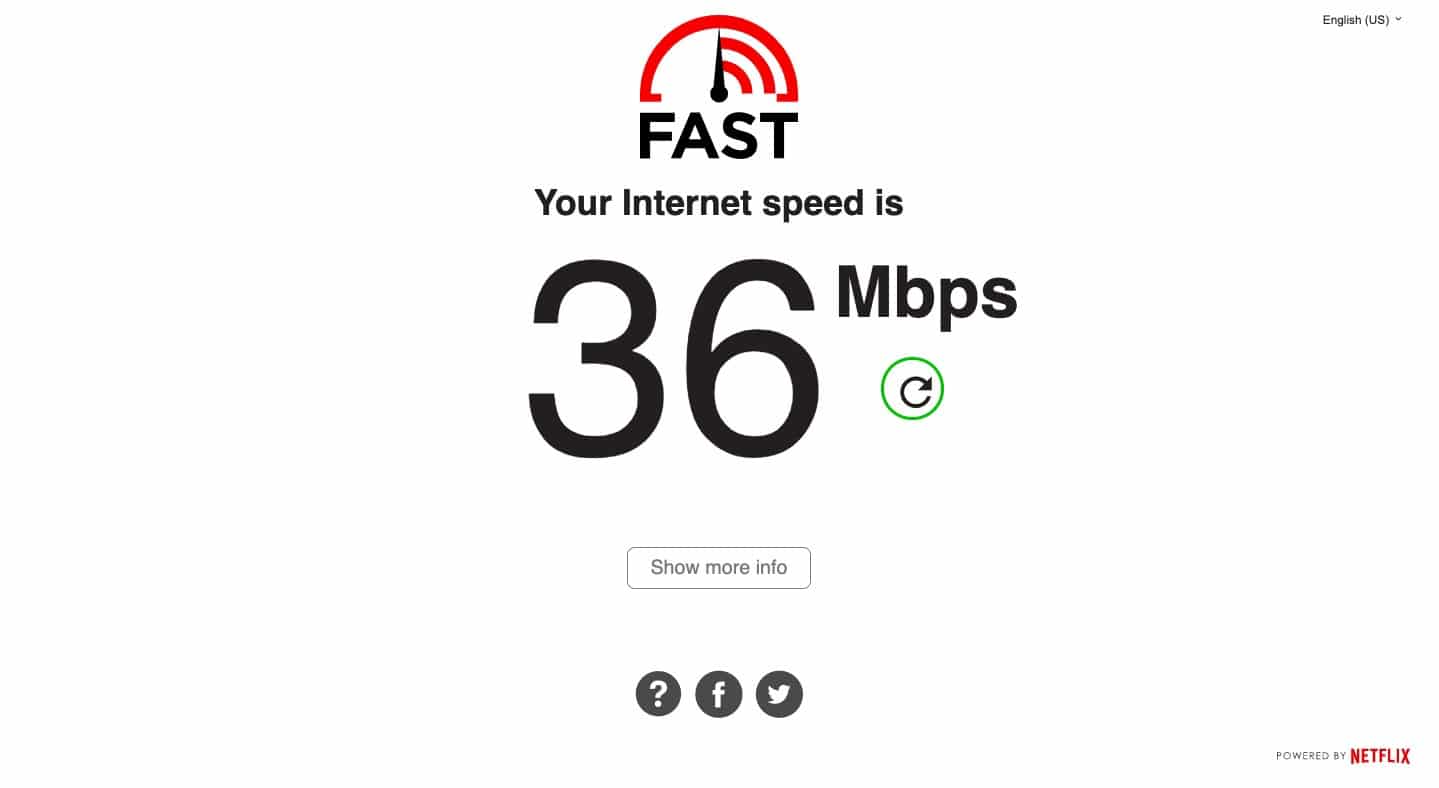 Fast.com is a reliable internet speed test app that is handy to use and quick to open. It is owned by the developers of the Netflix app. The app works on a website and comes free of advertisements.

Fast.com focuses mainly on download speed while also bringing upload speed and latency on the side. It is an ideal tool and one of the best internet speed test apps to check the speed rate of ordinary internet users. 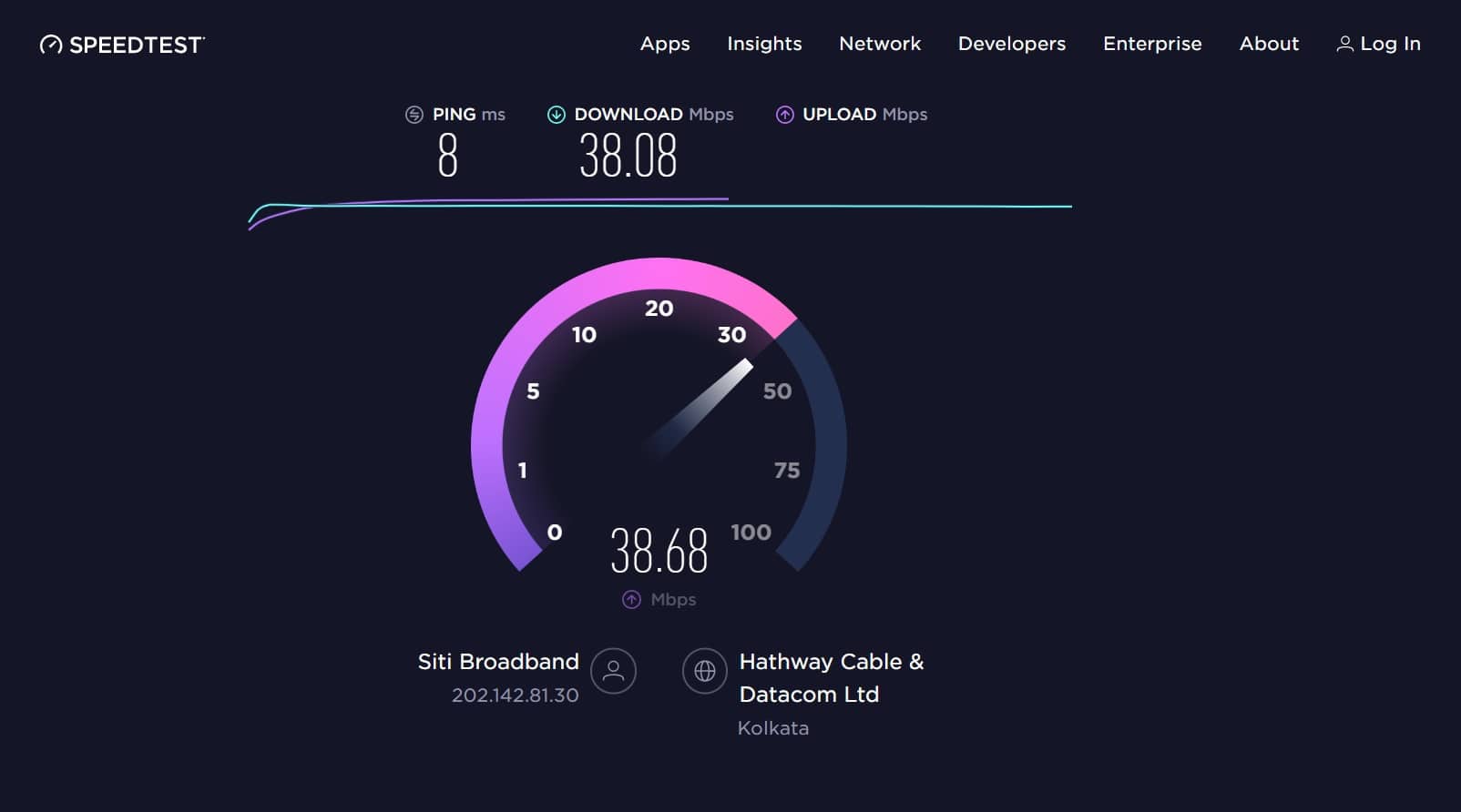 In terms of intelligence for mobile and broadband networks, Ookla is the market leader. Its speed test is one of the most reliable. SpeedTest by Ookla has a clear and quick user interface. It features detailed statistics on connection, ping, ISP, latency, etc.

In addition, it can run tests on videos to gauge their resolution, loading speed, and buffering aside from conducting upload speed, download speed, jitters, and latency. If you want to check the consistency of your connection, you can view it with Ookla’s real-time graphs. It surely is the best internet speed test app for Windows PC.

Bottom line: Ookla is an industry leader for speed tests. Ookla’s SpeedTest.net is somewhere between too simple to use and too hard to use. 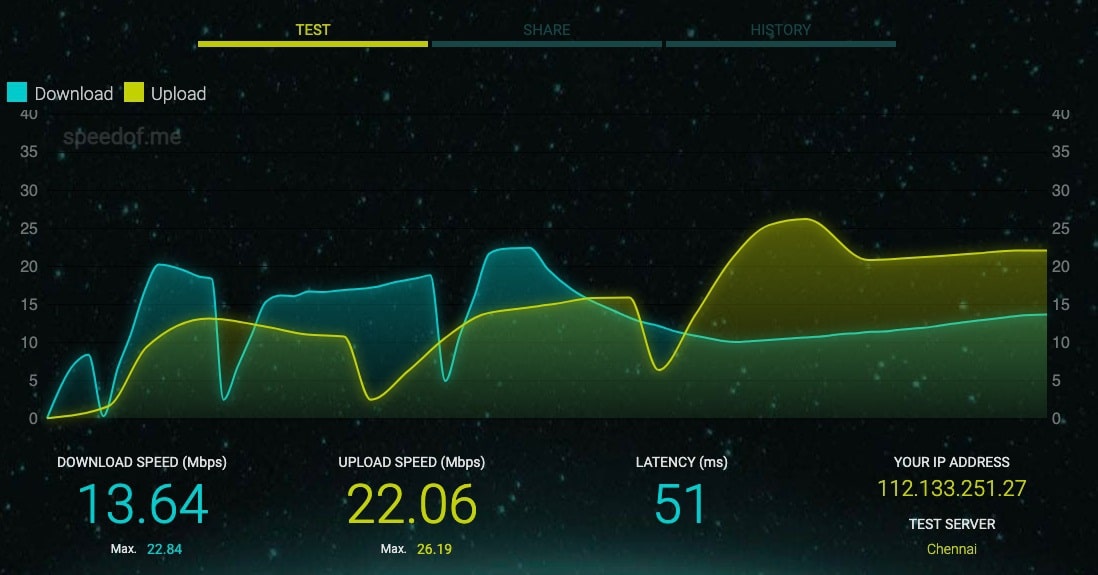 Speed of Me is among the internet speed testers that use Javascript and HTML5 instead of Flash. Its simple user interface offers to conduct of maximum download and upload speed. They have a real-time graph where you can see your speed data. It also has an internet speed history which you can review anytime.

The single-threaded internet speed test used by Speed Of Me is more representative of how people use their internet. Additionally, it has an algorithm that guards against incorrect speed estimates caused by PowerBoost or other comparable speed-enhancing programs.

Overall, Speed of Me is one of the best internet speed test apps for Windows PC.

Bottom line: Speed of Me was one of the top internet speed testers when it launched because it used HTML5 and JS while all other testers used Flash. But now that all testers mostly use HTML5, it has failed to prove any better. 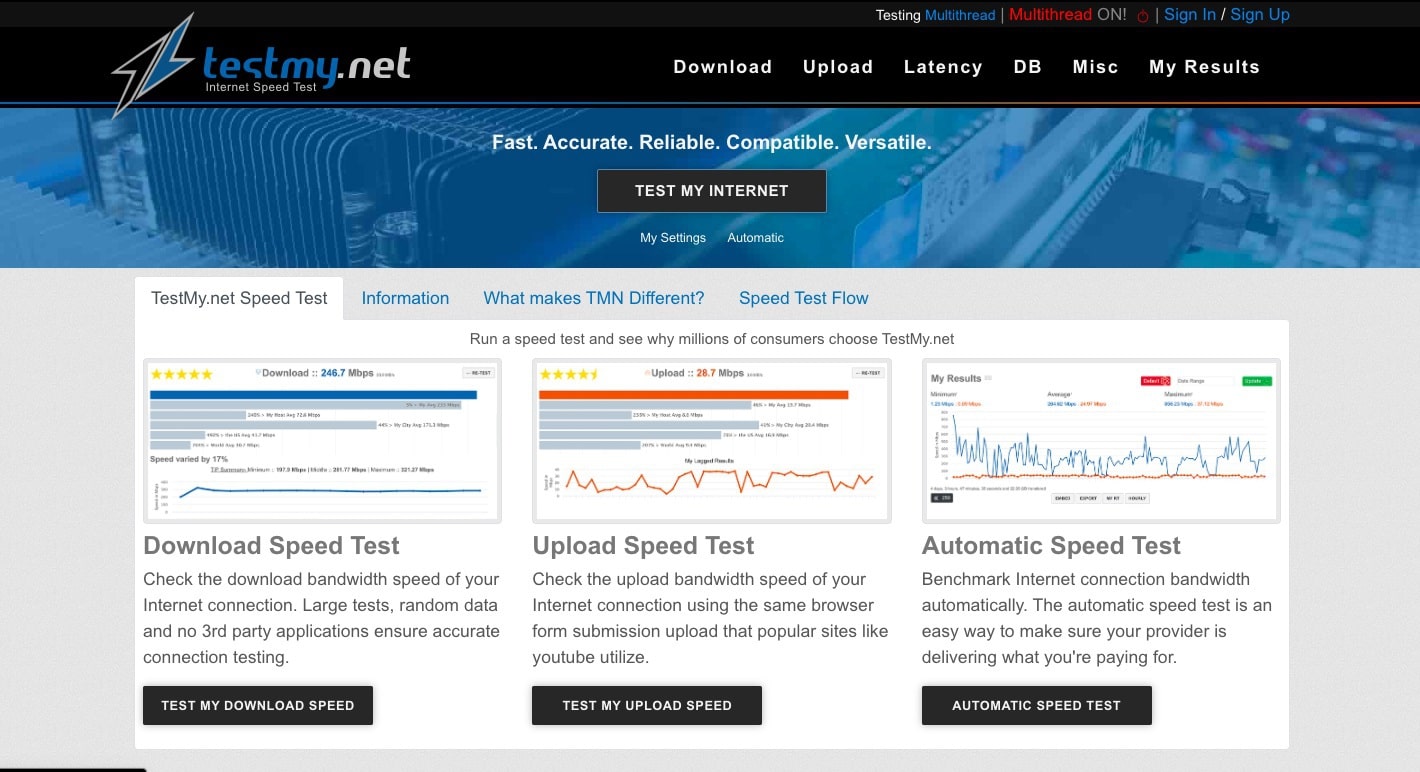 Test My Net is another full-packed internet speed tester. It shows credible speed results. The app’s functions can be customized. You can choose which server to test and what particular speed to test. It also functions as single or multi-thread testing.

This app features an automatic speed test section that can automatically conduct your internet speed so you would know if you get the speed that you’re paying for. Test My Net is reliable, accurate, and versatile and one of the best internet speed test apps for Windows PC.

Bottom line: Test My Net is probably the best internet speed tester if you want detailed stats and extensive customizability. 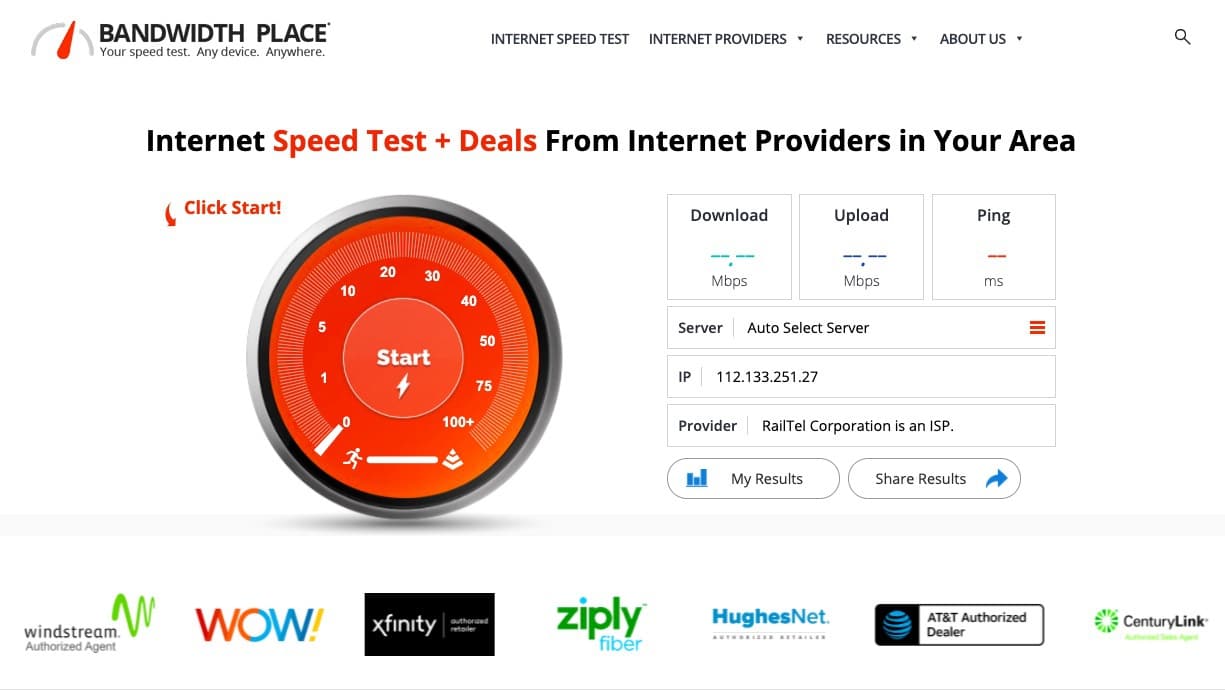 This internet speed tester app is fair and simple but credible when it comes to providing accurate internet speed. With Bandwidth Palace, you can compare various Internet speed providers to see which one offers the greatest service in addition to finding the top Internet service providers. One of the top apps for testing internet speed is this one.

Bottom line: Bandwidth Palace would make for a good choice if you want to test which ISP works best in your area. 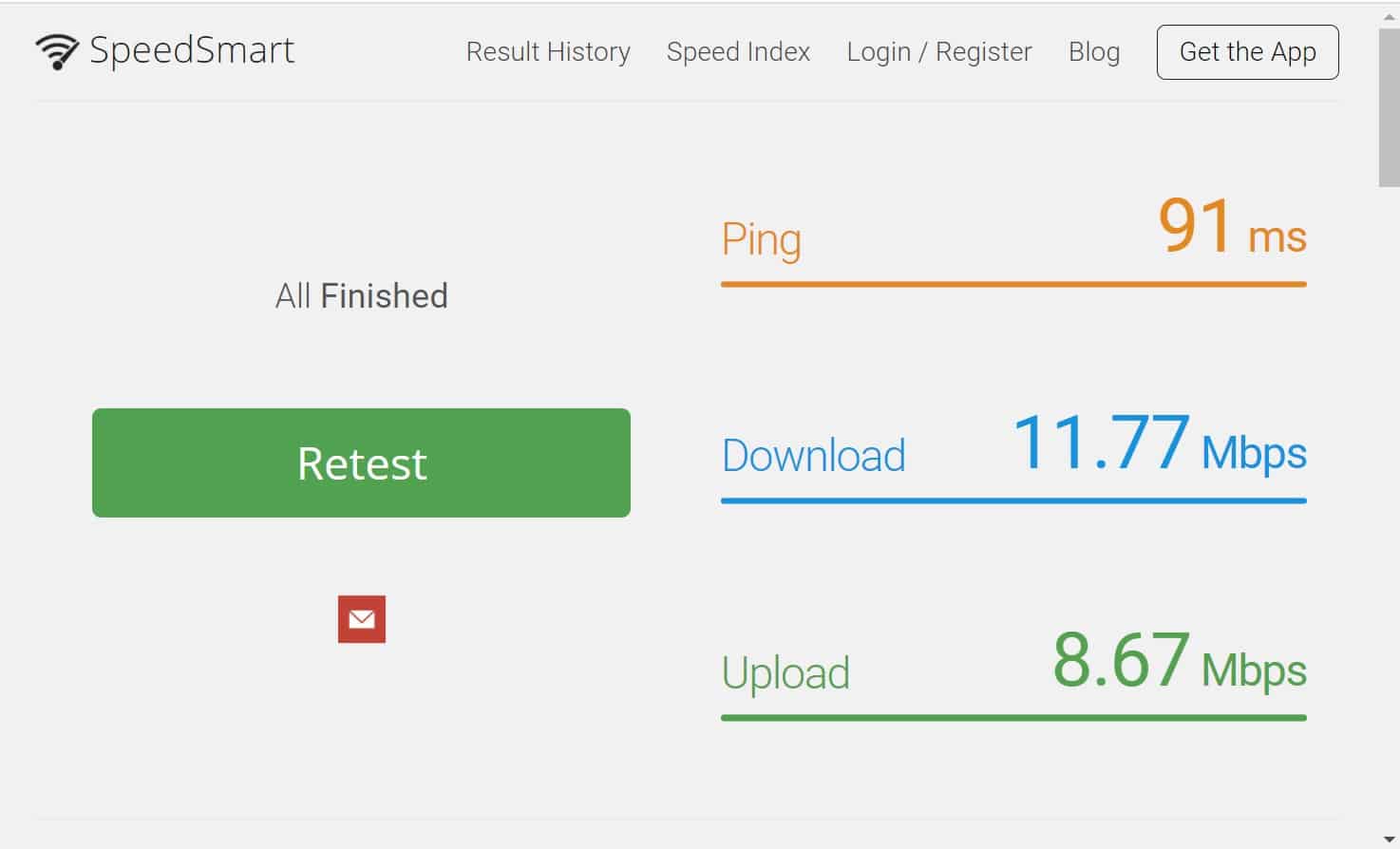 Speed Smart is the newest internet speed tester on this list. But it has proven its worth in such a short time. The user interface of this app is simple and clear and it does not come with adverts. You can easily and quickly begin a speed test by clicking the start button.

Bottom line: It’s the best choice for someone who isn’t very tech-savvy. It’s easy and simple. But fast.com would be a better recommendation if the option to change servers isn’t very important.