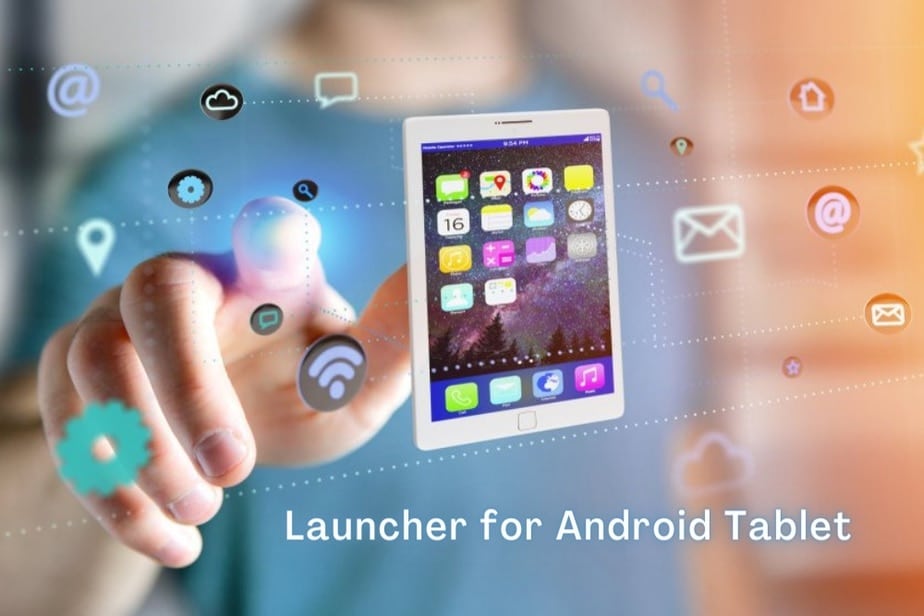 There are numerous ways to customize your Android tablet, but the most popular is downloading and installing an Android launcher. Android launchers allow you to customize the appearance of your home screen and app drawer without modifying the functionality of your Android device in any way. In this article, I am going to tell you about the Best Launchers for Android Tablets. I am sure it will be helpful for you when you read them one by one.

Disclaimer: This site contains product affiliate links. We may receive a commission if you make a purchase after clicking on one of these links.

Which Android Launchers are Best for Tablets? 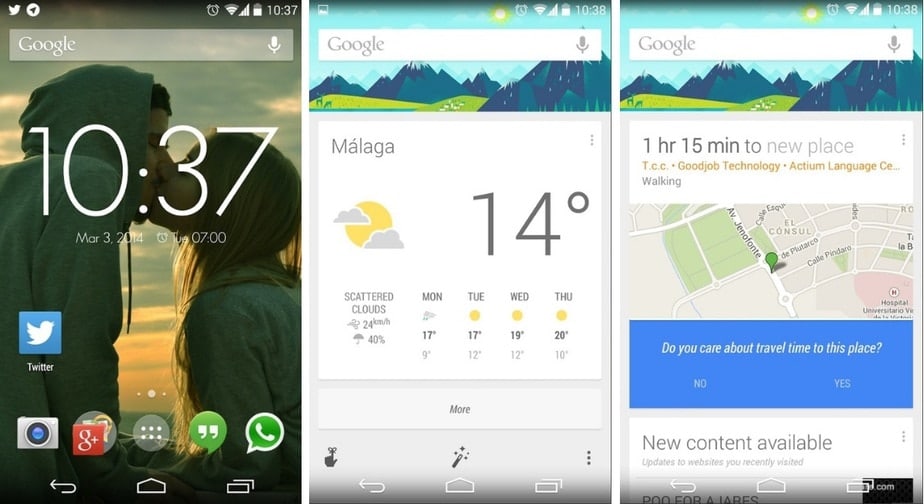 Google’s stock Android launcher is designed to resemble the UI provided by Nexus tablets closely. The Google Now Launcher does not include as many features as the other tablet launchers listed, but it does offer a clean user interface; it makes Google Now easily accessible by scrolling up from the home button. It also includes Google’s voice-activated search feature.

Given the fact that this is Google’s own Launcher, it shouldn’t come as a wonder that the company’s own services, such as Gmail, Google Drive, Keep (for notes), and YouTube (for videos), will be prominently displayed on your tablet’s main screen. However, you can delete the “Google” folder from your home screen. 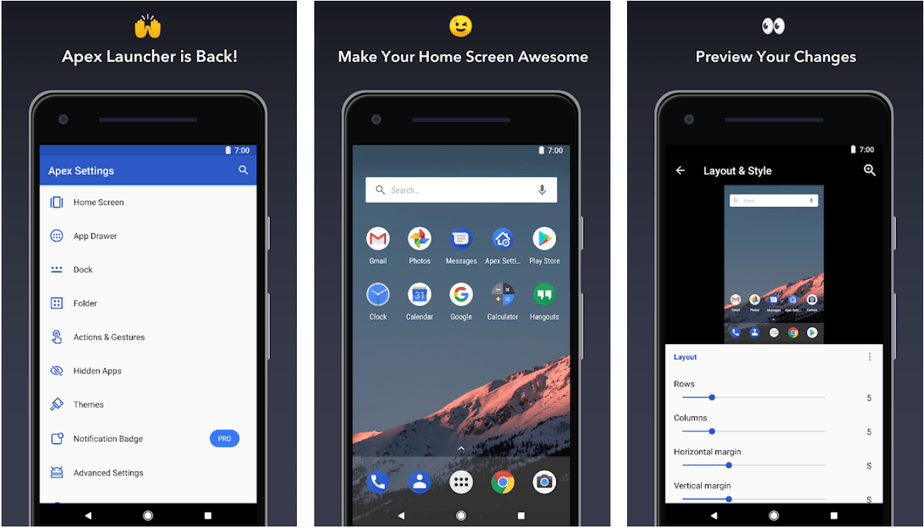 Apex Launcher is a fantastic launcher for Android tablets and smartphones. It provides users with complete control over the presentation of the operating system’s interface and applications. When using Apex Launcher, you’ll be able to manage your icons into up to 5 pages in the icon dock, and you’ll be able to modify the grid size in the app drawer as well. Other cool features include animation effects on the home screen, custom fonts and labels for folders, different drawer sizes and ways of organizing apps in the app drawer, an extensive selection of themes to choose from, etc. The paid version adds even more features, such as LauncherPro, Go Launcher themes, support for ADW, the ability to dock widgets, and more transition effects. 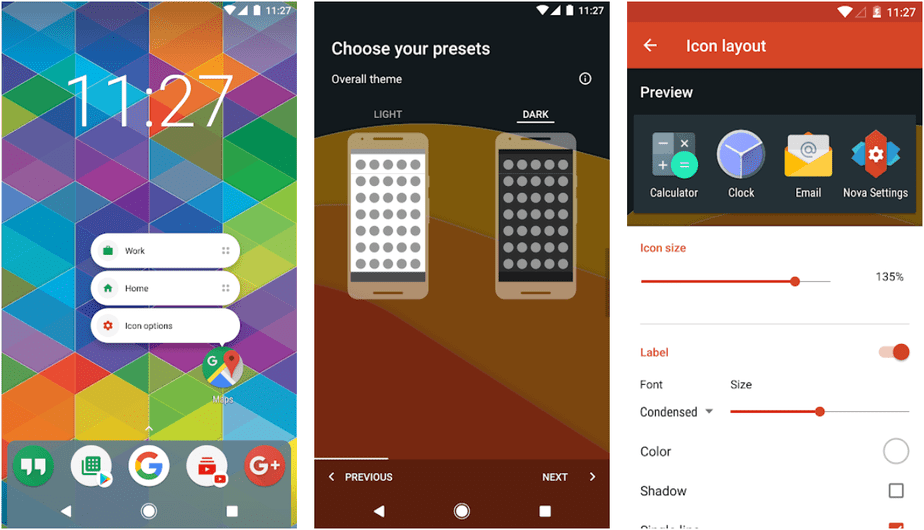 Nova Launcher is very similar to Apex Launcher in many ways:

Some of the features that distinguish it from Apex Launcher include the ability to place widgets and icons halfway through the home screen cell grid and the ability to search for things using your voice. Additional features are available only in the paid version, including custom drawer groups, gesture support, and more transition effects. 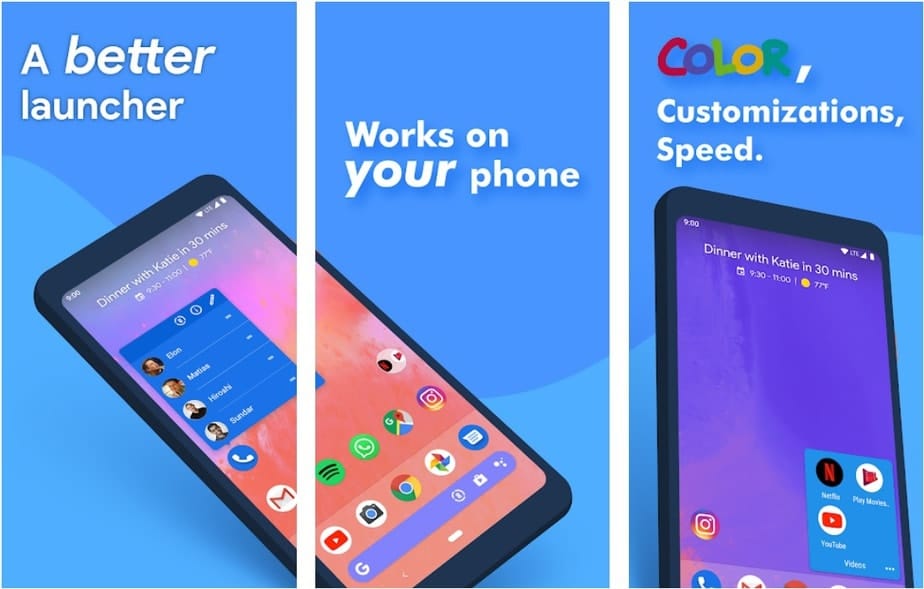 Action Launcher is one of the most visually appealing Android launchers available for tablets. Although it is not as highly configurable as Apex or Nova, Action Launcher has an exceptional UI that retrieves the colors from your wallpaper and uses them across the UI to provide a seamless experience throughout the Android operating system. There is one fascinating feature on the app called Quick page, which is primarily a custom home screen that can be accessed quickly by dragging from the right edge of the screen. Custom icons, various icon packs, and a wide range of customization options are other exciting features. 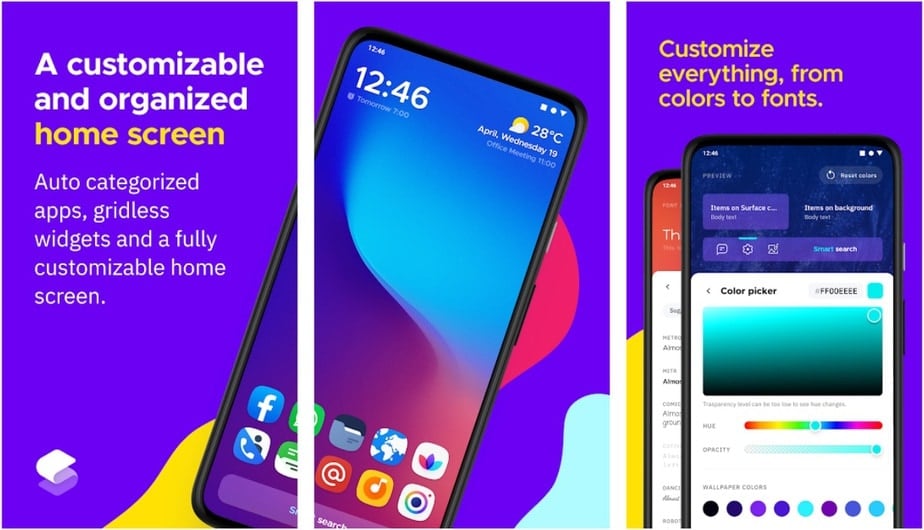 Smart Launcher 5 can be a good choice for you if you’re looking for an Android launcher that can assist you in making sense of the app drawer. The drawer categorizes apps into various categories, such as media, gaming, and efficiency. “The Flower” is another important feature, a collection of icons that appears on the homepage and allows quick and easy access to the most frequently used app for a specific activity. Some additional features are included in the paid version, such as custom category creation in the app drawer and widget support. 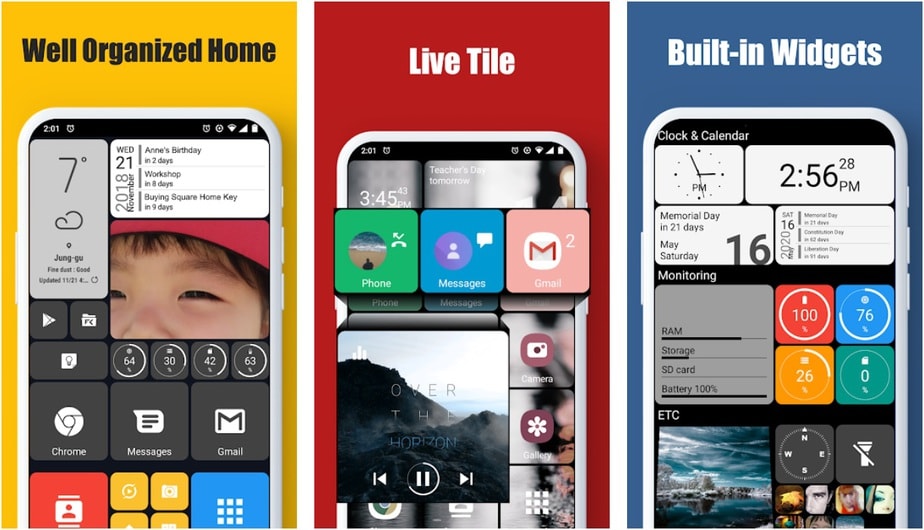 If you’ve recently purchased an Android tablet but can’t seem to shake the sentiment that the Windows Metro UI is the most delicate tablet interface available, there’s an app to help you out. This Android launcher, termed Square Home, will make your Android interface appear more like a Windows tablet. You can customize your home screen by adding new tiles, resizing existing tiles, locking the home screen to avoid changes, applying icon packs and themes, and much more. You should keep in mind that, even though this is a free app, you will need to purchase a key in order to access all of its functionalities. 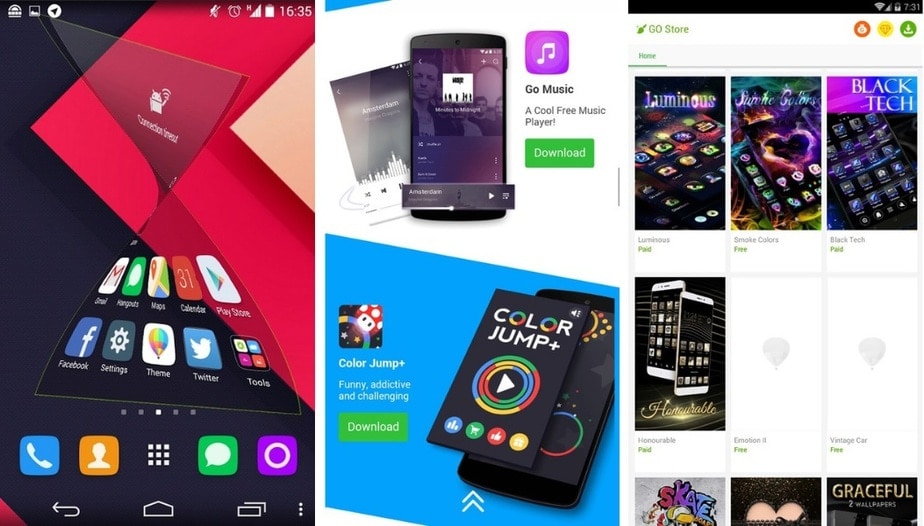 If you are looking for a launcher that is straightforward and easy to use, Go Launcher is the best option for you. Using this type of free tablet launcher, you can instantly make your tablet look pretty clean. The round icons look fantastic against a pleasant background; fortunately, the Launcher includes many different backgrounds to choose from. However, this is not the reason I recommend it; there are more than 10 thousand themes available for you to install. This means that with Go Launcher installed on your beloved tablet, every day can be a brand-new day for you.

You can also purchase the Pro version of the app if you are interested in expanding the application’s functionality. For example, its Pro version includes multi-touch access to core functions and new visual effects, available directly from the app. And the app will not contain any sponsored messages or advertisements, which is a significant benefit. 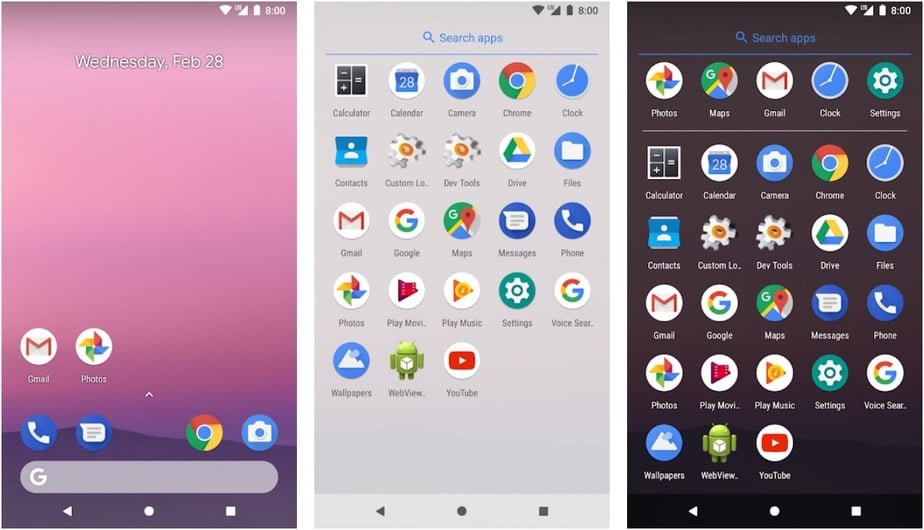 Lean Launcher is a lightweight, customizable launcher that is open-source and similar to the Google Pixel Launcher. I’ve tried the Lean Launcher, and it’s been very successful for me. Previously, GitHub released an update that included plenty of additional features, the most prominent of which are the ability to disable the spring effect in the app drawer, search bar hiding at the bottom, dark and light themes, hide apps, and much more.