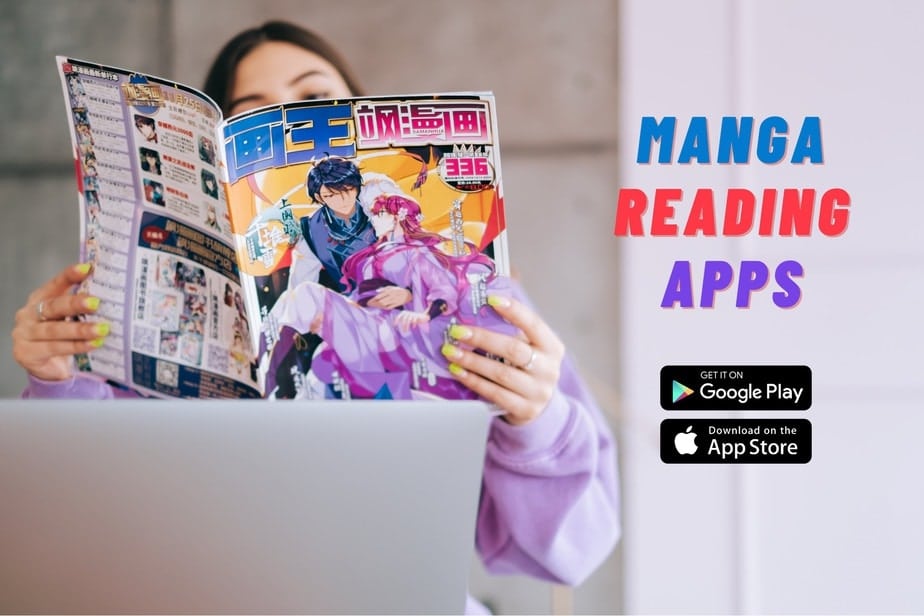 Being a 90’s kid, one can remember the fun he had while reading the Japanese Originated Manga series. Some of these even aired on different anime networks as anime shows such as Dragon Ball Z, Naruto, One Piece, etc. The captivating storyline spiced up with gaudy pictures, these Manga series books left a long-lasting impression on our memories. These Manga series being graphic novels have a different level fan base all around the world. People love to access the latest coming Mangas as soon as they come into the market. 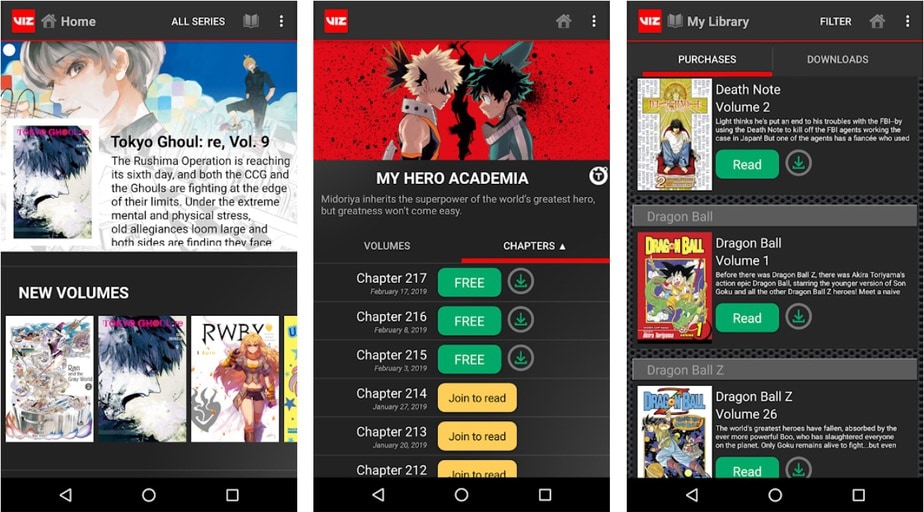 Viz Manga is the official free Manga reading app of Manga publisher in Japan “Viz Media”. Viz Manga is considered one of the most popular Manga reading apps in the Manga community. Viz Manga is famous for its vast library of 10,000+ Manga titles stored in the Shonen digital vault. All you have to do is to subscribe to the premium membership of Viz Manga to get access to that library. Latest Manga series like Dragon Ball Super, Vampire Knight, My Hero Academia, Naruto -Next Generations are available there for online reading.

The most admirable feature of this app is that they update chapters of famous series daily when released in Japan. Viz Manga also offers the “offline reading feature”, which allows users to download the Manga titles and read them later. Viz Manga also offers two reading modes, “landscape” and “double-entry reading” to enhance readability. Another feature is the personalized library, by using which you can arrange the Manga of your choice and read them at your own pace. 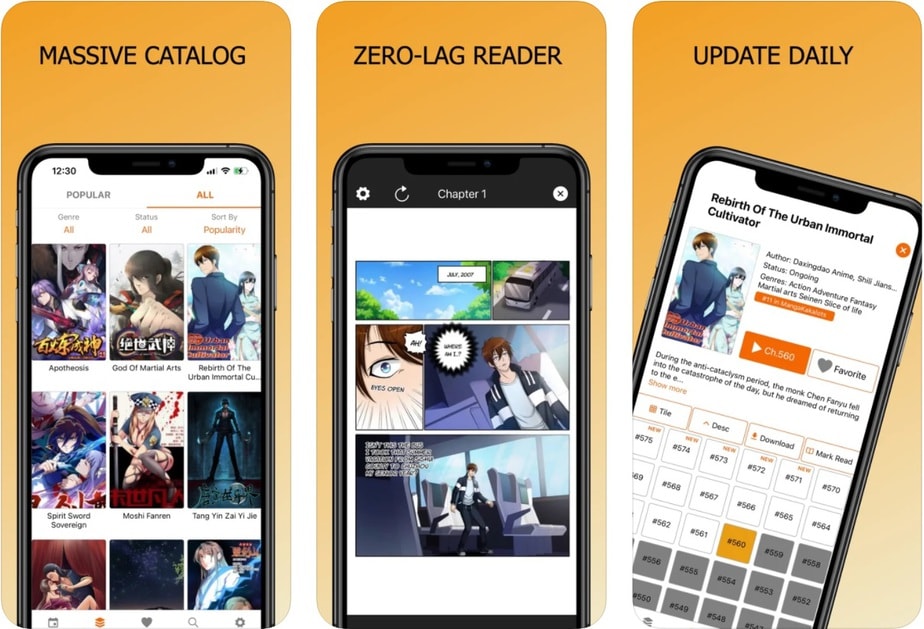 Manga Zone is also considered among the best free Manga reading apps despite its outdated UI which slows down this app. For passionate Manga readers, this app is heaven as the library of this app comprises +15000 Manga titles. The feature which makes this app one of the most used Manga reading apps is the “English translation feature”. All titles available there are already translated into English which is a huge comfort for new Manga readers. The Online chatting platform of this app allows Manga readers to communicate with friends. The Online Manga community keeps you updated about new arrivals and upcoming chapters of the Manga series.

Manga Zone also updates new chapters of different titles as soon as published by their publishers. The “search feature” allows users to search their desired titles immediately without scrolling up and down. The “offline reading feature” enables users to download their favorite Manga titles and read them later in their free time. Manga Zone app is free to download for both Android and iOS users. Due to some reasons, the Manga Zone app for Android is not available on the Google Play Store. Yet, Android users can download the app from the official site of Manga Zone in the APK format. Despite the downloading issue and slowed UI, this app is used by millions of people due to its excellent features. 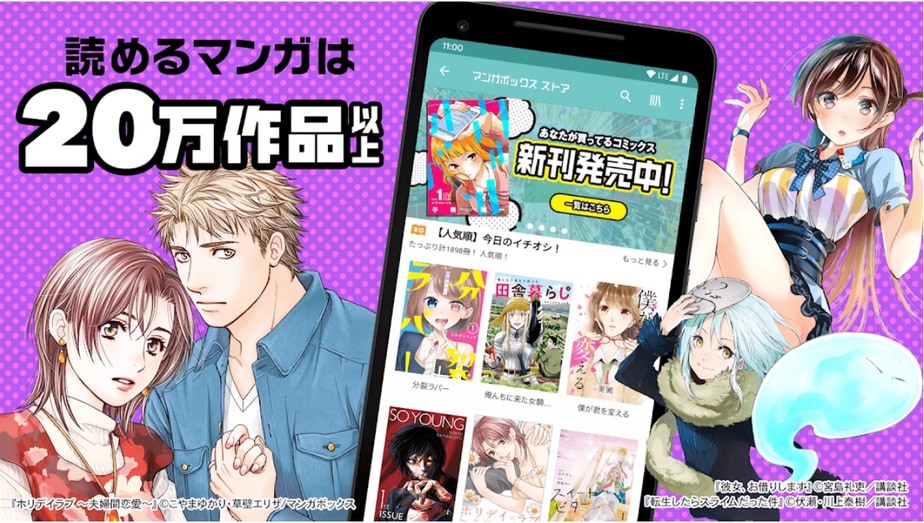 If you are looking for a free online Manga reading app, the Manga Box app is suitable for you. In terms of reading compliance, this app is suitable because of its user-friendly interface and tools for customization. You can adjust the reading screen according to your compatibility by using these tools. The only inconvenience reader has to face during Manga reading is frequently popping ads. The Manga libraries offer by this app are huge and contain famous titles of different genres.

A reader can enjoy Manga titles of different authors and publishers there as different publishers like Shogakukan, Kodansha shares their updated content there for readers. Due to this vast variety of Manga titles there, there is an opportunity for new readers to find the content of their desired genre. Both the Android and iOS versions of the Manga Box app are free to download and easily available on the Google Play Store and Apple Store. 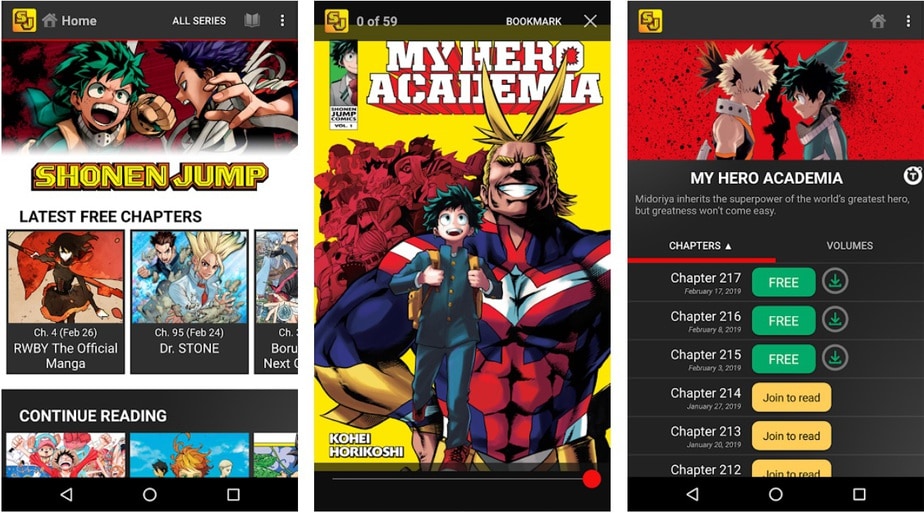 If you are a die-hard fan of the Shonen Jump series, this app is specially made for you. Shonen jump is a perfect Manga reading app to read famous Shonen series like Naruto, One-piece, Dr. Stone, and many more. All new releasing chapters of the Shonen Jump series are updated there, and the reader can excess them new without any delay. The user-friendly interface of this app makes reading comfortable for readers.

Furthermore, a reader can read up to 100 chapters a day of his favorite Manga title. But if you want to access unlimited titles and enjoy ad-free reading on this app, you will be charged $1.99 monthly for these services. One thing to remember is that this app is only suitable for Shonen Jump series lovers. If you are looking for an app that offers other titles to read to, then you better look for some other Manga reader app. 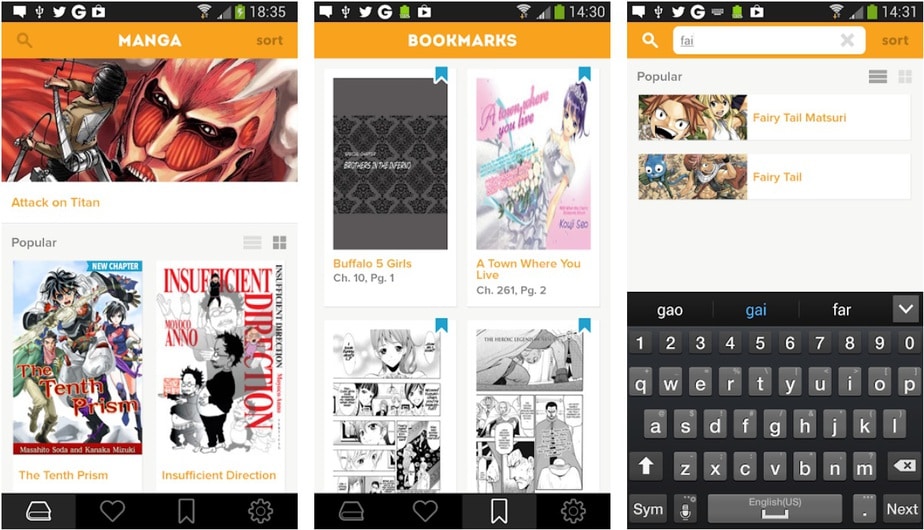 The user-friendly interface along with a wide range of customization tools enhance the reading compliance of its users. This app offers a “Koma-view” feature that also increases online readability. All Manga series are uploaded with Author and Publisher details so users can select the Manga title of their favorite writer. A drawback of this app is that its free mode offers basic level services, and a premium membership subscription is required to unlock unlimited services of this app. 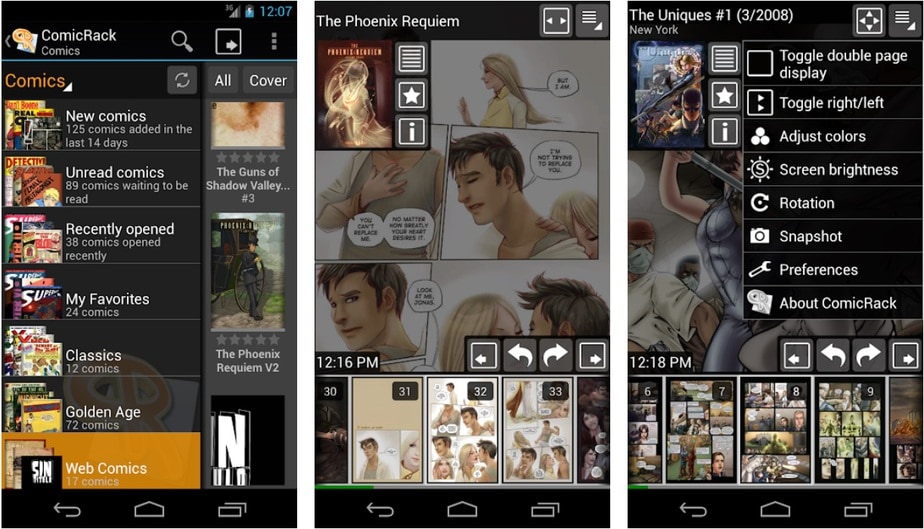 If you are an Android user and searching for a Manga reading app for Android, ComicRack is the answer to your query. ComicRack has some additional features that distinguish ComicRack from their market competitor apps. The “PC compatibility feature” of this app allows users to synchronize the mobile version with the PC version. In this way, users can share personalized Manga libraries and reading statistics on PC to experience better readability. The wide range of assisting tools like “Bookmark”, “Completed”, “Statistics”, etc. allow users to have a better reading experience.

Another feature that gives ComicRack an extra edge is that its user-friendly interface which can support different document formats. The document formats which is acceptable in this app include CBR, CBZ, RAR, PDF, ZIP, DJVU, and WebComics. By using the “Change Wallpaper” option, users can change the back wallpaper according to the theme of the Manga series. The “Colour and Tone” adjustment feature enables users to customize the background color and light while reading. Frequent readers can use this feature to adjust the screen brightness, in this way they can prevent their eyes from any harm while reading. The “Twitter integration” feature allows users to share their reading experience of Manga titles with their friends and people of the Manga community.

ComicRack Manga reading app for Android is available on the Google Play Store and can easily be downloaded from there. But the situation is disappointing for users who want to use ComicRack on iPhones. ComicRack app is only useable on iPad and can’t be used for iPhones. The free downloaded app offers basic level services to users. To access the full features of this app, users charge $8 per month, which is a considerable amount as this app is offering many cool features.