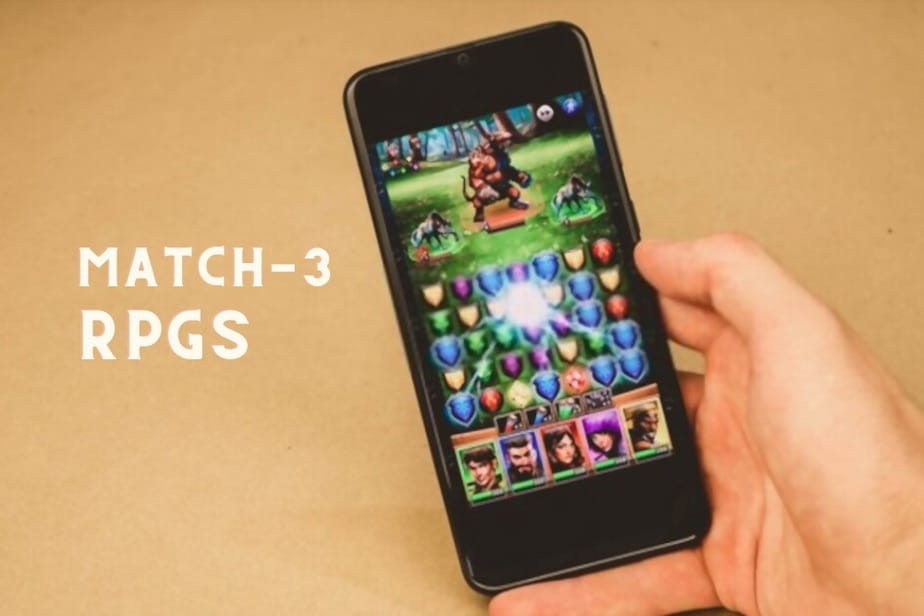 Sometimes we feel the need to take a break from everyday life. And most certainly, an easy way to do so is by playing video games on our mobile devices. Match-3 RPG games are a great way to pass our spare time, mainly because of their immersive gameplay. Also, they don´t require previous gaming experience. Match-3 RPG games can be played almost anywhere at any time. That’s why they are amongst the preferred sources of mobile entertainment by players of all ages. In this article, we have compiled for you a list of the best Match-3 RPG games for Android devices, so you don’t get more excuses for getting bored. Now, let’s not waste any more time and begin our adventure! 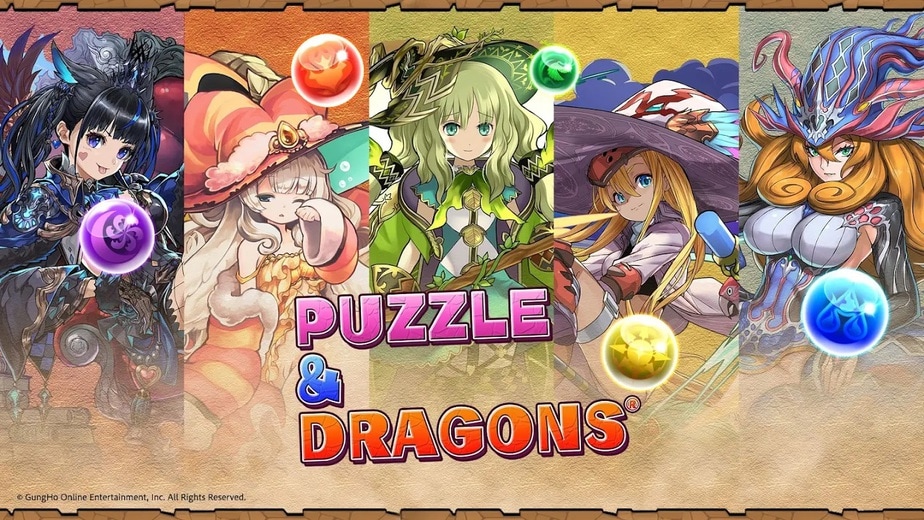 This Match-3 RPG puzzle game asks players to arrange and move a series of orbs inside a grid. The game’s objective is to match them according to color.

How many matches you make (and their type) will determine which monster from your team will attack the enemy waves (and how much damage will inflict). If you match orbs of multiple attributes -thus performing combos-, it will increase your damage. Also allows you to use other monsters to deliver a combined attack.

Puzzle & Dragons also offer the possibility of bolstering your team by acquiring and improving fantastic monsters from mythologies, religions, and even characters from popular franchises. In addition, Puzzle & Dragons allows you to play on Co-op mode by exchanging IDs with your friends via in-game messaging and adding them into your own team. This way, you can go to the Multiplayer Dungeons and enjoy increased playability by taking on new challenges. 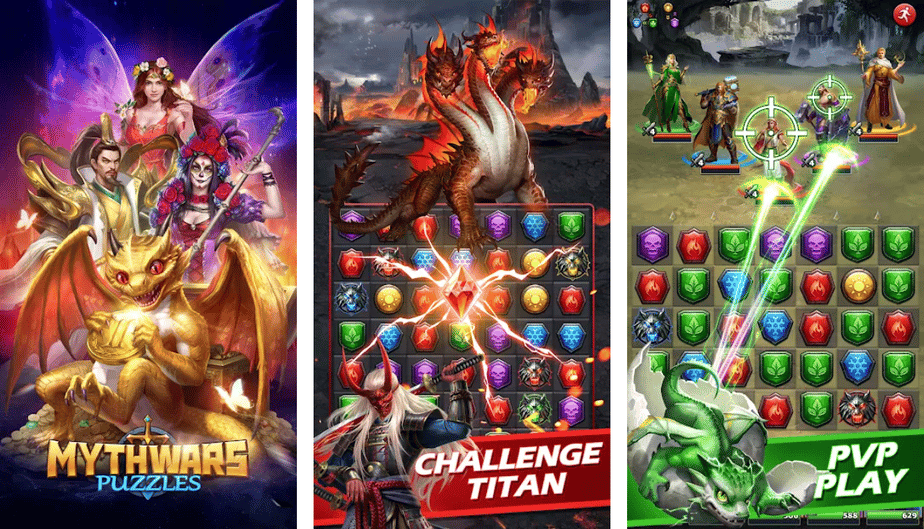 This is a beautifully designed and visually stunning game. Here, your character has been chosen to wage war against a plethora of evil gods. In MythWars & Puzzles, the objective is to soup up the might of your army by taking the power of the gods, performing multiple combos.

Aside from the classic Match-3 game mode, MythWars also makes it possible to command your army via a simple strategic RPG system. In your role as a powerful warlord, you will have to build and fortify your castle, set up an alchemy factory, and construct your army´s barracks. All this while exploring the lore and summoning and collecting hundreds of gods and heroes from various mythologies. But this is not all MythWars & Puzzles has to offer. Additionally, you can interact with players from all over the world, form a multiplayer alliance, challenge other teams and climb up the Arena Ladder rankings. 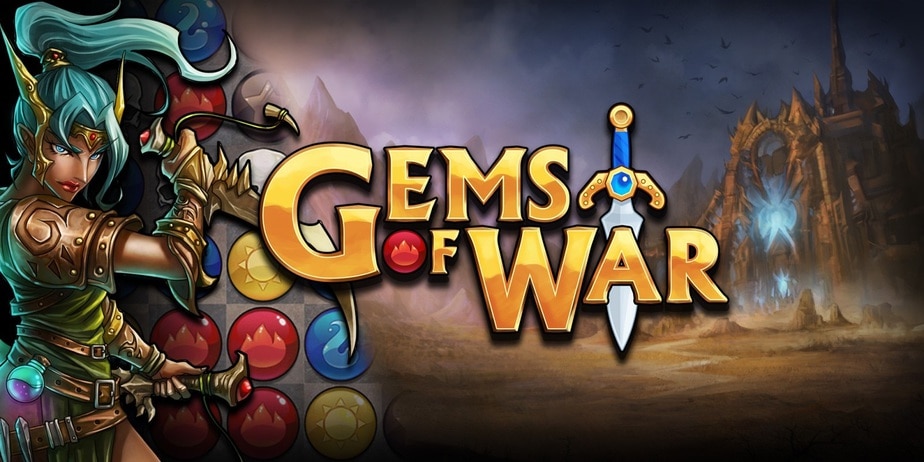 At first sight, it might give the impression that Gems of War is a simple Match-3 RPG game, but it is not. Yes, you might look at it and say it is nothing more than a run-of-the-mill Match-3 game, and you are not wrong, but still, you are not right. The main action in Gems of War occurs in a generic Match-3 environment but, there is much more going on. Long story short, you have to form teams of up to 4 cards that might be either a weapon your hero wields to boost his stats or troops (with their own stats/abilities). Each time you level up (which is done by spending resources), so does your hero´s stats. Likewise, each troop possesses 3 traits you can also unlock by spending resources.

There are also Active Abilities whose effects will be boosted as your stats increase. The power of your troops is measured in mana, which is generated as you go matching gems, and of course, said mana is of the same color as the gems you match. For example, the first red card in your deck will absorb red mana you earn for matching 3 red gems. And when that card has filled its mana bar, its ability will be activated. Keep in mind that, unlike other Match-3 RPGs, here you decide when to use this ability. 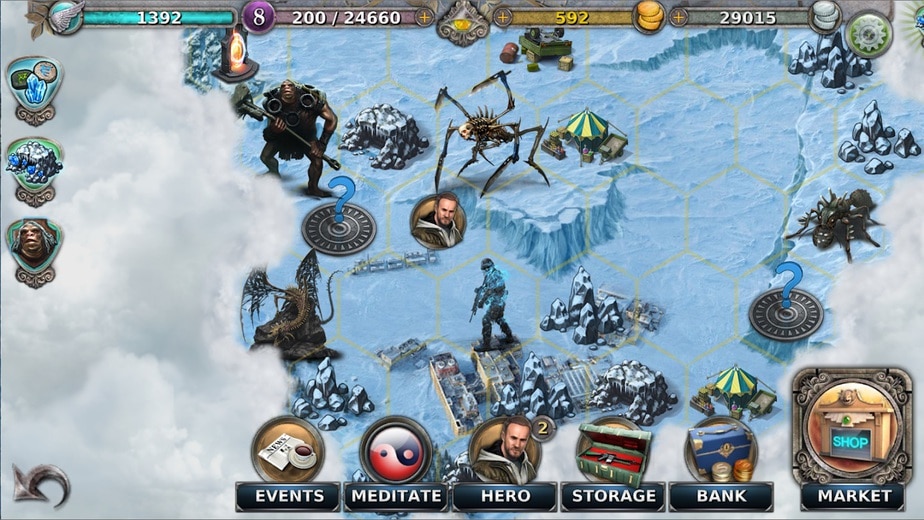 Gunspell is a story-driven Match-3 RPG featuring what might be the best mix of adventure and puzzle games, where magic and guns are together at the center of the action. The game consists of Match-3 battles in which you will explore new worlds and battle hordes of strange enemies with a lot of different items, weapons, and spells.

Aside from its awe-inspiring graphics, and the ability to combine magic and guns to boost your attacks, Gunspell also features the possibility to play offline. It is also completely free to download. However, it offers the possibility of buying a Premium account and in-game currency packs.

5. You Must Build A Boat 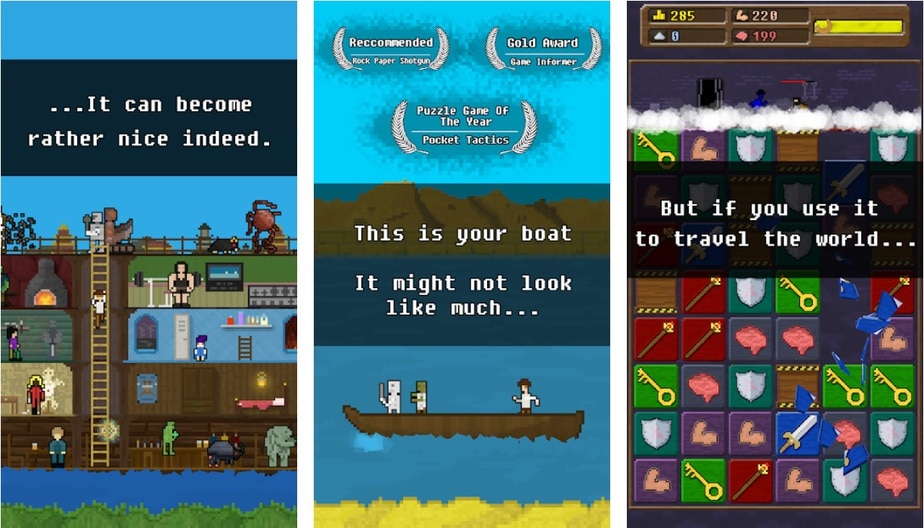 Although there is a wide variety of Match-3 RPG games, if we are being sincere, the offer might get a little repetitive. Well, this is not the case with You Must Build A Boat, a game whose premise is simple. You must build a boat, and that´s it, plain and simple.

In this game, you must gather your crew, capture monsters, explore dungeons, cast spells, and run like hell. Simple and addictive, just as every mobile puzzle game should be. However, the game does not offer a free version, but the buying price is almost insignificant when you know that it will never again ask you for money. In short, You Must Build A Boat is, by far, the perfect mobile game for killing time on a lunch break or a bus ride.

So here it is, our selection of the best Match-3 RPG games for Android (which was no easy feat, considering the broad offer the Google Play Store has for us). You may now download one (or all of them) and start playing!