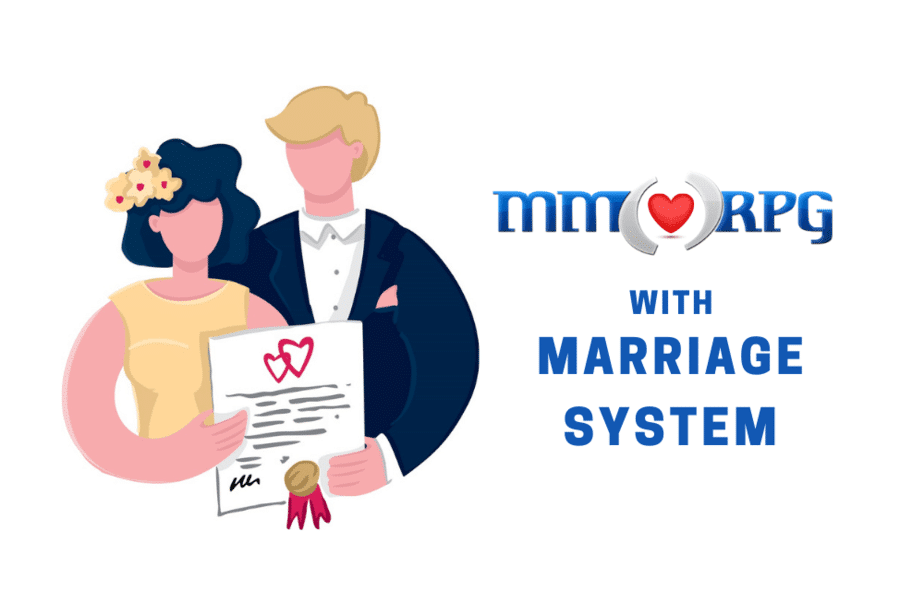 Are you a gamer? Are you also a hopeless romantic? If you’re both, you might want to merge both of your worlds together by finding multiplayer online games, otherwise known as MMOGs with a marriage system. However, marriage systems can get complicated and even scary, even if it’s simply in a virtual space. However, dedicated gamers make it work. There are a handful of gamer couples and even friends who use marriage systems in MMOGs as a means to substitute their own personal relationship ceremonies. Regardless if it’s for a serious marriage, or merely a gimmick to strengthen a real-life bond, the seemingly simple mechanic is one that is greatly valued by the public. If you’re a fan of MMOGs and also looking for this kind of mechanic, we’ve curated a list of the best MMOGs that have the marriage system integrated into their game.

The first game on our list is dedicated to Skyrim fans. The Elder Scrolls Online is a game that includes the marriage system mechanic, but beyond it simply being a shallow gimmick, the ceremony and status actually integrate well into the gameplay. If you get married in The Elder Scrolls Online, you will get various benefits that will help you level up and progress faster in the game. By simply wearing your wedding rings, you and your partner will get a 10% experiential bonus on all of your completed tasks and activities.

RIFT MMORPG is somewhat reminiscent of World of Warcraft, however, it is a paid game. World of Warcraft is a famous MMORPG that does not include a formal marriage system compared to RIFT, but both games can be put up for comparison. In Rift, the marriage system is much more concrete, although it doesn’t provide too many benefits. If you get married, you can earn notable achievements and unique equipment. RIFT also has no restrictions on marriage, allowing you to get married to anyone, regardless of their race or gender.

The marriage system doesn’t provide any tangible wedding benefits, however, you can participate and enjoy in the roleplaying feature of the game if you choose to get married. Take note that you can only marry characters of the opposite gender because of how outdated and traditional Final Fantasy XI is.

The second Final Fantasy game to include the marriage mechanic is Final Fantasy XIV. The marriage ceremony in this installation is dubbed as the Eternal Bonding Ceremony, and it is much more interactive, engaging, and beneficial compared to its predecessor. Players can choose between three different wedding ceremonies, each with its own set of rewards and benefits, and there are no gender-based restrictions.

If you choose to get married, there are all kinds of benefits like teleporting to your partner for free, in-game. You can also get other cosmetic bonuses like a special two-seater mount. however, the most in-depth and arguably enjoyable aspect of getting married in Final Fantasy XIV is getting to customize your own dream virtual wedding.

What sets Star Wars: The Old Republic’s marriage mechanic apart is that it provides you the opportunity to get married to any available NPCs in the game. You can choose from a wide variety of individuals to marry and to become your romantic companion throughout the game. The marriage mechanic provides a lot of influence to the game’s story, but it also gives you benefits to the gameplay. Getting married allows you to gain certain abilities and rewards, which makes marriage a highly enticing option for players of Star Wars: The Old Republic.

If you’re not a fan of the highly complicated and elaborate weddings that you have to set up in other MMORPGs, you can settle for a simpela nd straightforward ceremony in MapleStory. Once you’re married to a partner, you will be given a dedicated chat for you and your partner, otherwise known as a marital chat. This makes it easier and quicker for you to have a conversation with your in-game spouse. There are also different quests that are specifically made for married couples which provide distinct and valuable rewards for both people.

This MMO includes a wedding that is very conventional in Chinese culture. Given that it is based in feudal China, it is understandable that it has maintained the era’s traditions. Marriages can only occur between a female and a male’s character, which is not ideal for some. The male must first propose to the female before the marriage can take place. Players can even consult with a matchmaker who will help them plan their weddings.

The final MMORPG in our list with a marriage mechanic is called Age of Wushu. This MMORPG is inspired by Chinese culture, which explains why the wedding system and ceremony that it features is greatly influenced by Chinese weddings. Weddings can only be between a female and male character, which is quite traditional. Moreover, in order for a marriage to happen, the male character needs to propose to the female character first. You can even choose to consult with a matchmaker to ease the process of going about the virtual wedding.

The elaborate wedding is the main benefit of marrying in the Age of Wushu. Weddings can be some of the most prestigious scenes in the game, based on how much money you want to spend. The ability to teleport to your partner and some exclusive titles are the primary advantages of marriage.