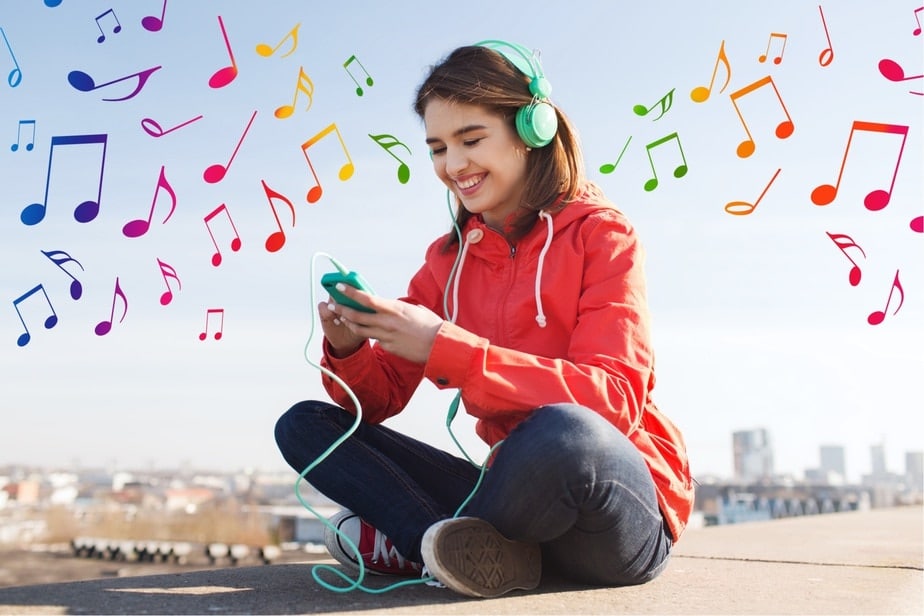 Music escorts you everywhere even though you are stressed, bored, or delighted. You can never escape music as it is always around you. It helps people to stay focused, whether they are traveling, doing exercise or yoga. In recent years, people have adopted music as a hobby to stay relaxed and focused on their tasks. With the advancements in technology, it became a piece of cake for music enthusiasts to play their favorite music whenever, wherever they want. Numerous offline music apps have been developed to quench the thirst for their favorite music whenever they want to. 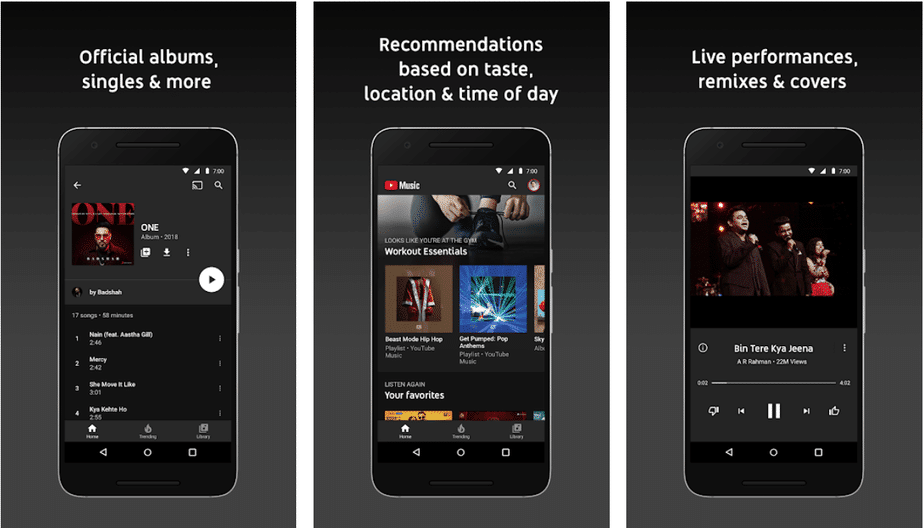 YouTube Music is a great app that allows you to download music videos so that you can enjoy them later when you are offline. In other words, YouTube Music is ideal for offline streaming of songs that best suits your interest when the internet is not available. Furthermore, it is connected with YouTube, which means that you can effortlessly search your desired soundtracks with YouTube Music through recommended albums. Apart from this, you can also use its advanced search feature for finding recently released soundtracks, mixtapes, playlists from its extensive music library. For this reason, YouTube Music is ranked among the best music apps that work offline and provide users top-notch music for free. 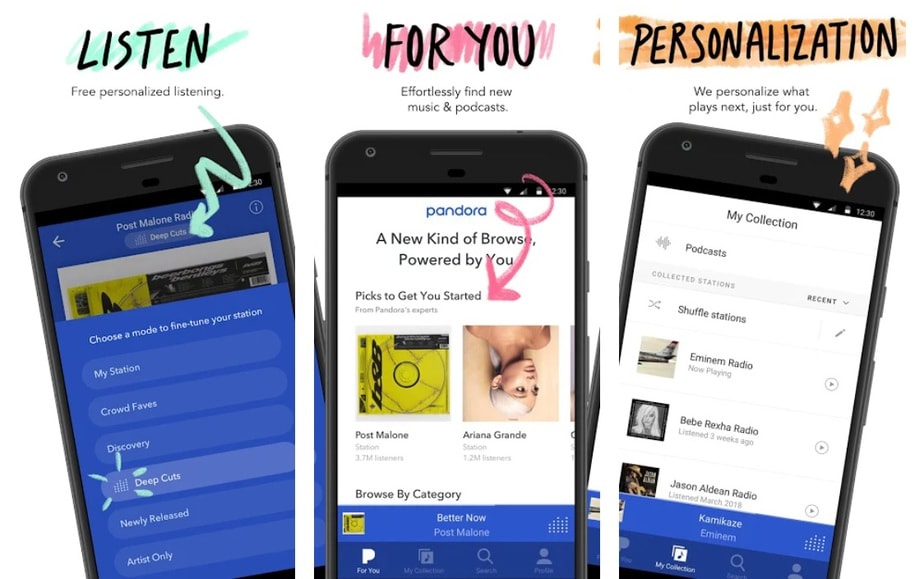 Pandora is another top-notch music app that allows music lovers to download and listen to songs, podcasts, and radio transmissions for free without an internet connection. You can customize it as per your requirements to get a more personalized music experience. It has an extensive collection of podcasts and songs. Its interface is straightforward to use, and it only takes few minutes to synchronize your mobile device with this music app to get unlimited offline music streaming for free. Pandora is well compatible with iOS and Android devices, and you can download it easily from respective app stores. Massive music library, personalized music experience, and free offline access are essential aspects of this app that distinguish it from other music apps. 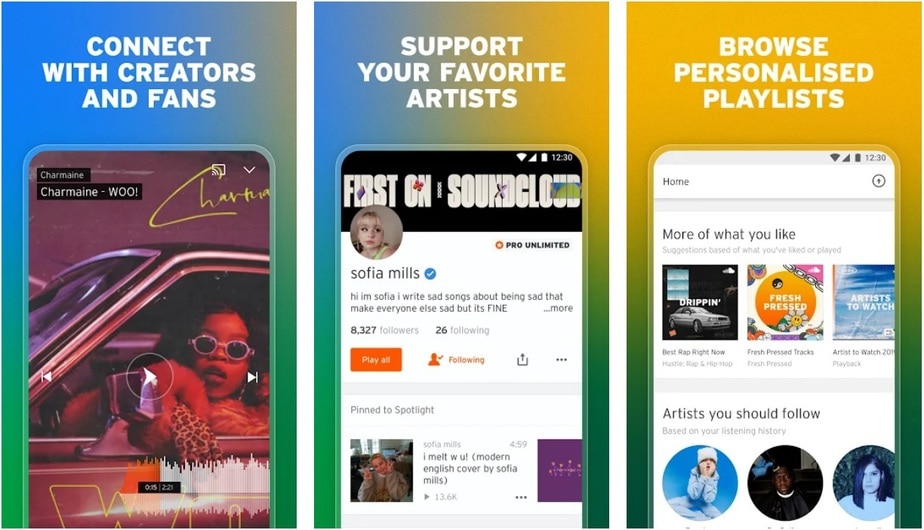 With over 30 million passionate creators and a massive audience of over 200 million people, SoundCloud is indeed one of the best and the largest growing music apps worldwide. Being available both on desktop and mobile apps, SoundCloud facilitates users of all kinds and is equally responsive to all platforms. The beauty of the app lies in its flexibility, where users can stream, share, download, upload, and promote different kinds of audio content. Furthermore, its interactive nature allows creators to connect with their fans and listeners through a wide range of sharing tools. Above all, the app offers a free version, besides a paid, where users can enjoy both online and offline audio streaming. 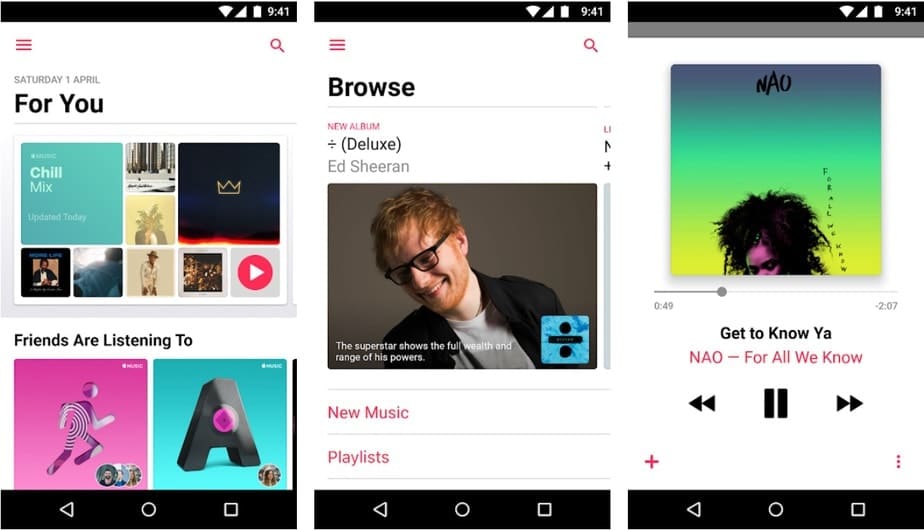 It is an all-in-one app that is specifically designed for iOS users. It has a solid collection of songs of almost all renowned music artists. Its music library contains over 75 million songs that you can access offline without any Wi-Fi or data connection. Apple Music also provides unlimited access to radio, which means that you can choose and listen to your desired station wherever and whenever you want. Besides this, its user interface is very simple and easy to use, and you can create as many playlists as you want based on your music interests. It is a highly recommended app for iPhone users, and they can easily download this app from the Apple App Store. 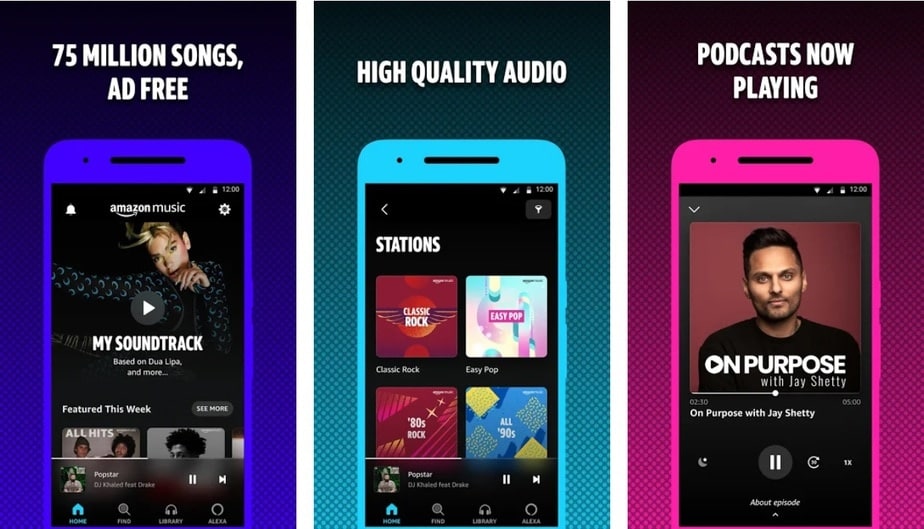 Apart from doing wonders in the e-commerce world, Amazon has also made its mark in the music industry. Launched in 2007, Amazon Music quickly gained traction. Since its early days, the platform has strengthened and expanded and celebrates over 55 million dedicated users globally (as of 2020 data). Amazon Music, like other top-tier music streaming apps, is available both in free and paid versions. The paid version relieves users from all kinds of hassles and ads and allows them to have seamless access to their favorite tracks. Its download feature makes it an ideal option for users to save their favorite tracks and listen to them anytime and anywhere. Premium-quality audio records, easy-to-use, and infinite skips make Amazon Music one of the best music streaming apps available. 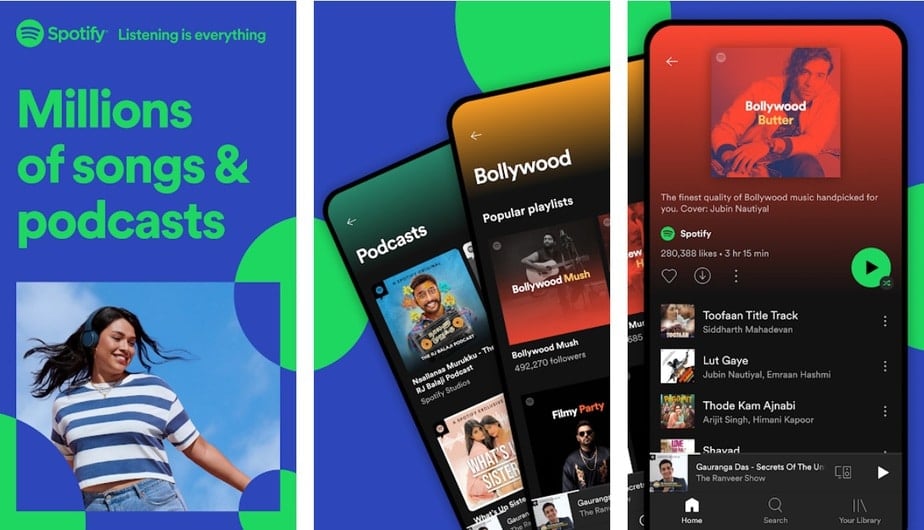 Despite the availability of many music apps that work offline, Spotify is still a hotshot and is ranked among premium offline music apps for mobile users. It possesses a massive music library of more than 70 million songs. Its intuitive user interface lets music lovers browse and listen to their favorite soundtracks offline without losing quality. Moreover, its podcast feature is something that makes it distinct from other free offline music apps. It is loaded with tons of podcasts that make it an ideal choice for podcast listeners also. Besides this, a user-friendly interface and personalized recommendations are some of the key features that make Spotify a top candidate among the best offline music apps for both iPhone and Android users. 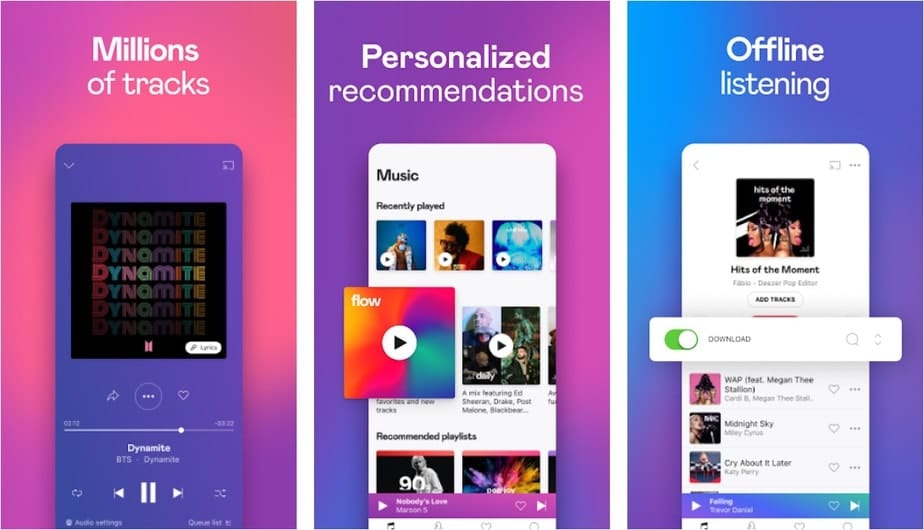 Deezer is another app that ranks among the best music apps that work offline. French developers design it, and it is well compatible with both iOS and Android devices. Like other apps, it has an extensive library that contains over 73 million songs and podcasts. In addition, it comes with built-in playlists of different categories that include songs of all famous music artists. Solid music collection, free offline access, and easy user interface are some of the key features that rank Deezer among the best music app available on the app stores. 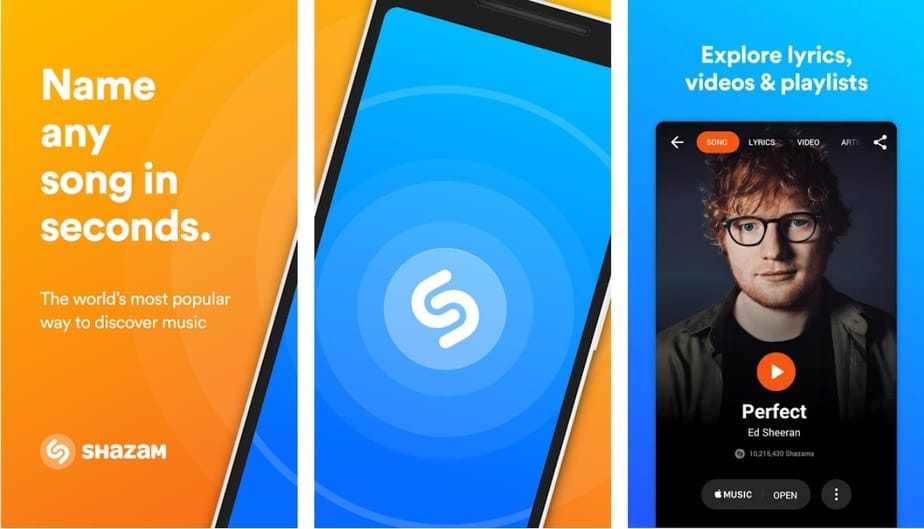 When we talk about the best offline music apps for Apple devices, Shazam is the first that comes to mind. It is one of the most popular apps among Apple enthusiasts. Unlike other music apps, Shazam has a distinctive feature: it can identify the random song played on other devices. For instance, you are sitting in a bar or at a party, the DJ plays a random song, and unfortunately, you cannot remember its name. Just open Shazam; it will listen to what’s playing and will tell you the name of the song, as well as the singer. It is available for both Android and iOS devices now.