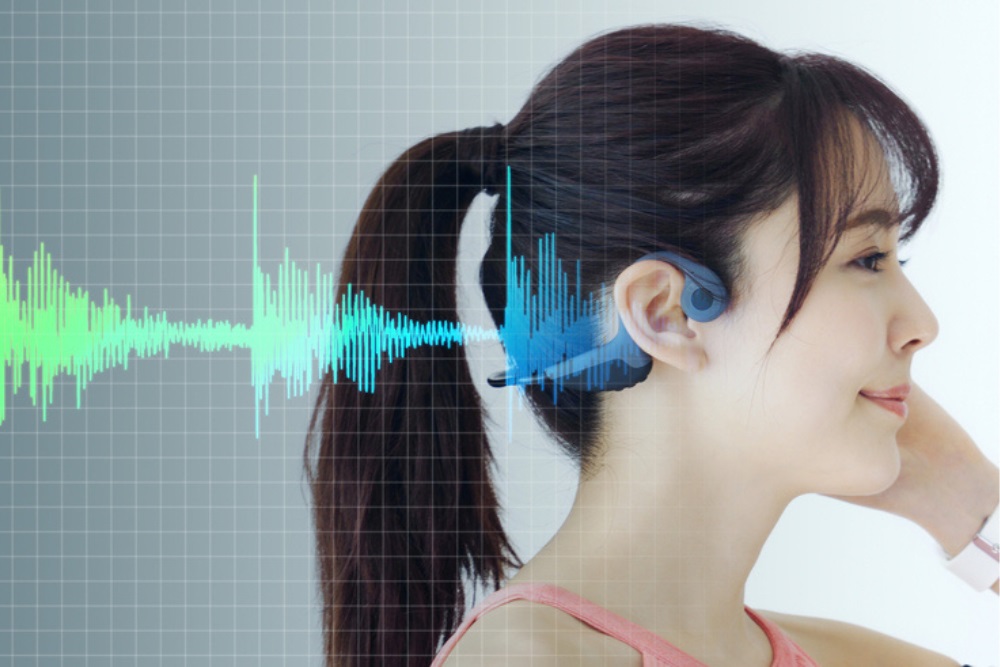 Working from home, virtual study groups, or business meetings have become more and more common. We got used to the “video call” communication method during the pandemic and now we’re still exploiting its potential: we can communicate with people from all around the world – collaborate on projects, have job interviews, and more, without leaving our living room!

However, the quality of video calls has also become more important than before. Other than the quality of your connection, and your hardware tools (camera and mic), it is also important to have a tool that can help you remove background noise: it can make the difference between a call that sounds professional and a call that make you appear like you’re barely navigating through the chaos. So, how can you remove noise from your video calls?

How to remove background noise in a video call?

There are some tips to remove noise from your video calls:

What are noise canceling apps and how do they work?

Noise-canceling apps are simple applications that you can download and install on your smartphone (they are, of course, useful if you’re using your smartphone to make a video call!). They exploit the principle of noise cancellation that is based on an important law of physics: waveforms of equal amplitude and opposite phase cancel out.

As you may know, sounds are waves! It means that if a sound wave meets another sound wave of equal amplitude but an opposite phase, they are both canceled out.

Noise-canceling: not only for video calls!

Noise-canceling isn’t only useful when it comes to video calls. Anytime you listen to anything on your smartphone, you can exploit a noise-canceling app to improve your listener experience.

Furthermore, you may not want to listen to anything but be bothered by the noise around you. This is another case where you can wear your headphones and exploit a noise-canceling app to find peace, relaxation, and silence, even when you are on a crowded bus!

Neutralizer is one of the most known noise-canceling apps and it’s also one of the most advanced. If you are a beginner trying to improve your personal video calls, this may be just too advanced and complex for you. For professionals, this is instead one of the best options.

Other than being an equalizer, this app adjusts tunes and audio quality according to the users’ hearing capabilities. When you first use it, it will run a test in all the main frequency ranges, and then it will adapt the settings according to the results.

Furthermore, Neutralizer can also predict the noises that are most likely to distract and disturb the listener and lower them down. As you can guess, this is the most efficient and effective way of reducing background noise and improving the quality of calls, but also music listening or any other listening experience you can have with your smartphone. 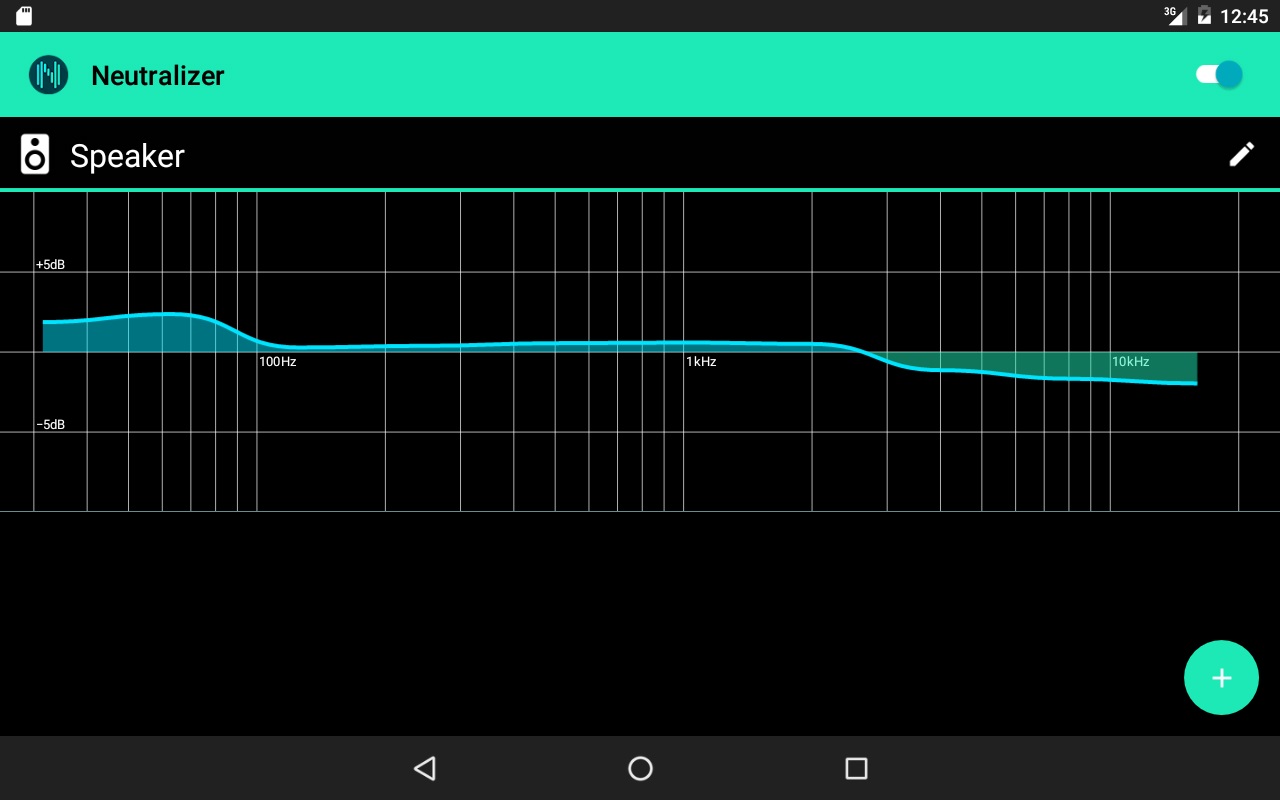 Safe Headphones, as the name suggests, are particularly focused on safety. See, being completely isolated from the outer world can be dangerous if you’re walking on the side of the road, taking a bus, waiting for your train, and so on. You may not hear a car horning and get hit, you may not hear someone asking for help or even a friend that says hello. Safe Headphones are meant to reduce the environmental noise, but still let you hear major noises like high voices or car horns. 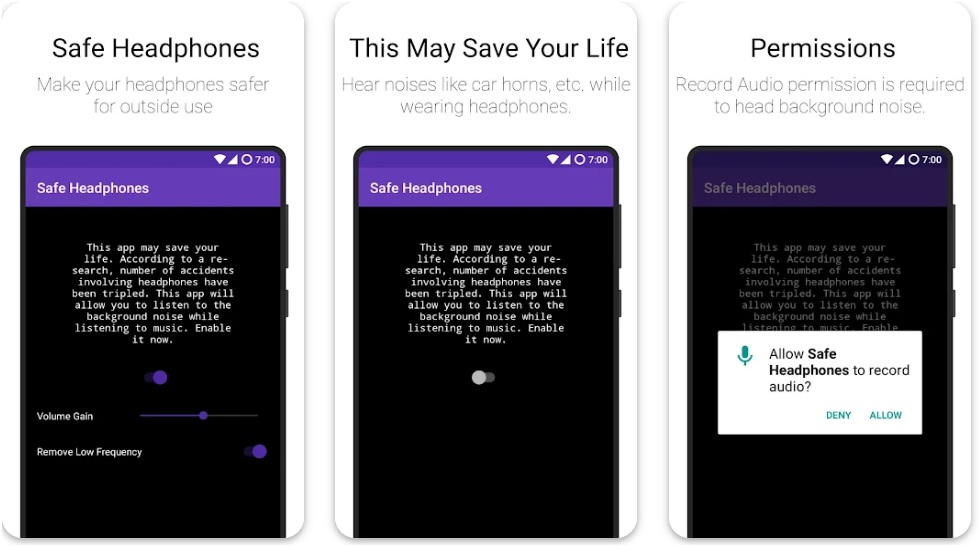 Noise Generator does what its name says: it generates noise. It may seem in contradiction with the content of this article, but it is not: the noises generated by this app are meant to improve your productivity while isolating you from the environment.

Other than generating noise, of course, this app also has a noise canceling feature: lowering background noise and generating productivity-boosting white noise. This app is very effective in isolating you from the external environment. 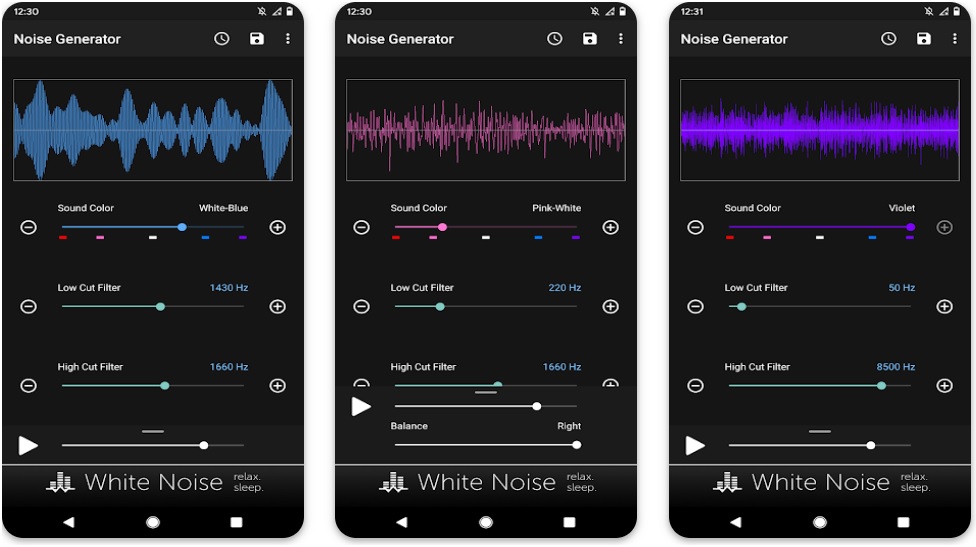 myNoise isn’t specifically born for improving video call quality. Instead, it is better used to find silence and relaxation when you are surrounded by noise sources (a crowd, traffic, or anything…).

MyNoise provides white noises that you can play with the app while also exploiting its noise-canceling feature. MyNoise is widely used by students: it’s easier to find the best focus when you are isolated from the environment and immersed in a calming and relaxing white noise. Other than being relaxing, white noise helps to improve the isolation from the external environment. 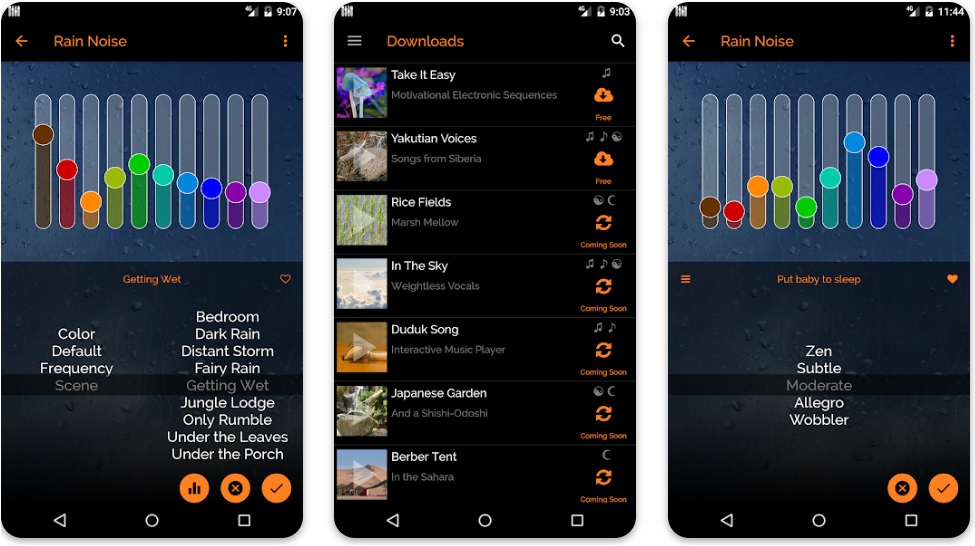 White Noise isn’t an app primarily designed for noise-canceling. However, it has this feature and it’s worth mentioning.

White Noise is an app that provides white noises that can help users relax, focus, or sleep better (raining, frogs, and other types of noises). It also has a noise canceling feature that you might not use during video calls, but you can exploit it while studying, sleeping, on the plane, on the bus, or anywhere you want. 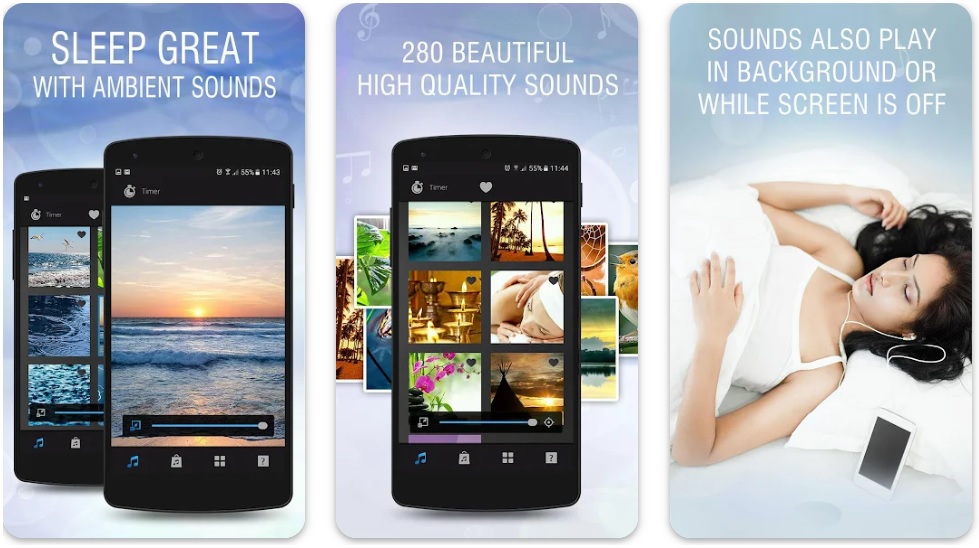 For example, Noise Wall can automatically adjust your volume based on background noise. For example, if the noise is louder, not only it would lower it down, but it would also automatically raise the volume of your voice. It’s available on Google Play and it’s free to download. 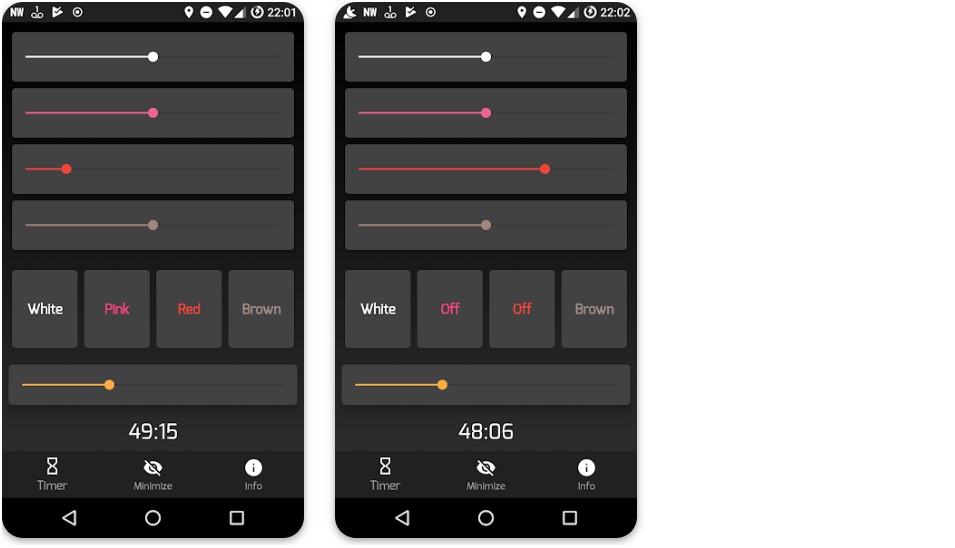 What if you’ve recorded a video but the audio is just too bad! This often happens when students record classes: the environment noise of the crowded room makes the audio quality very poor. With Active Noise Cancellation you can remove background noise from any audio or video file! 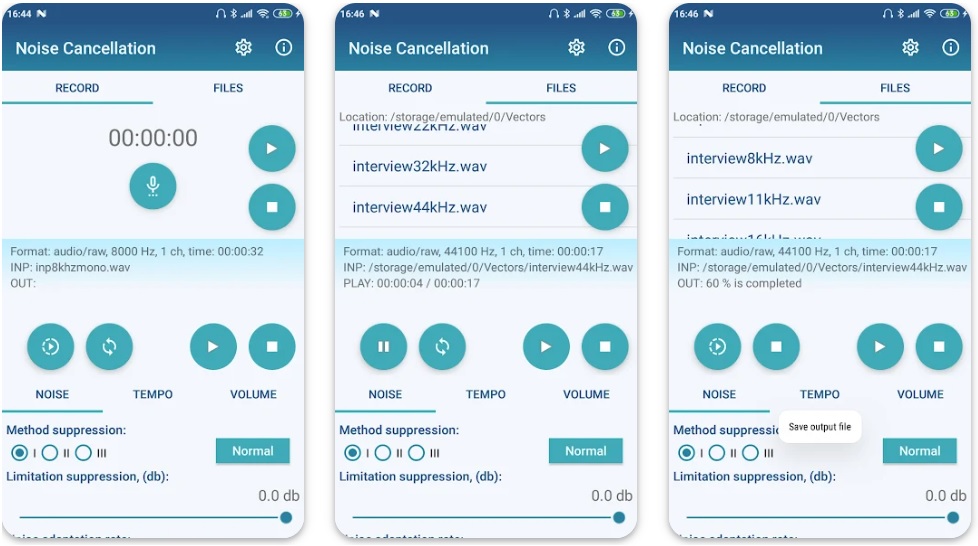 Noise Fighter automatically controls your phone’s volume based on ambient noise. You can use it while you listen to music or during video calls. It can improve the audio especially if you are not using noise-canceling headphones. With any headphones, you can get almost the same result as those expensive headphones! 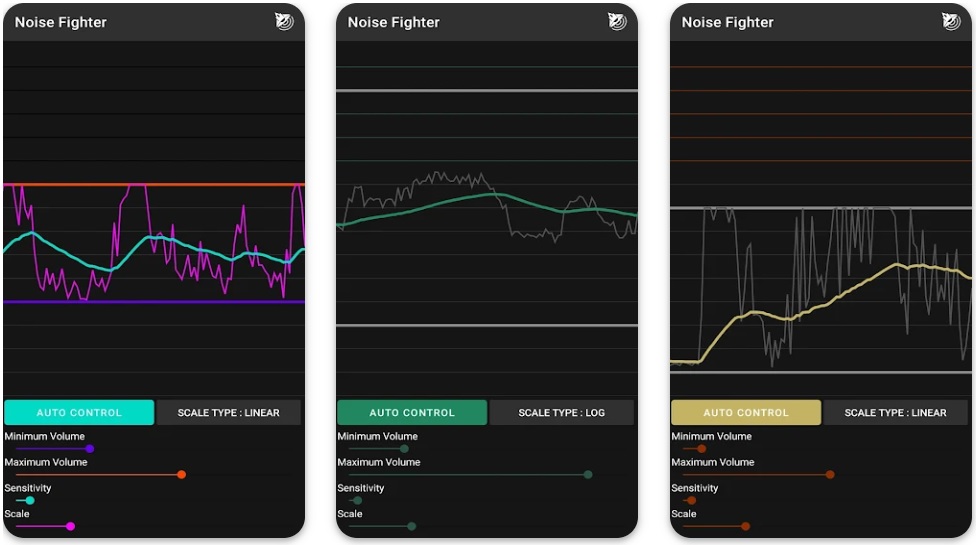