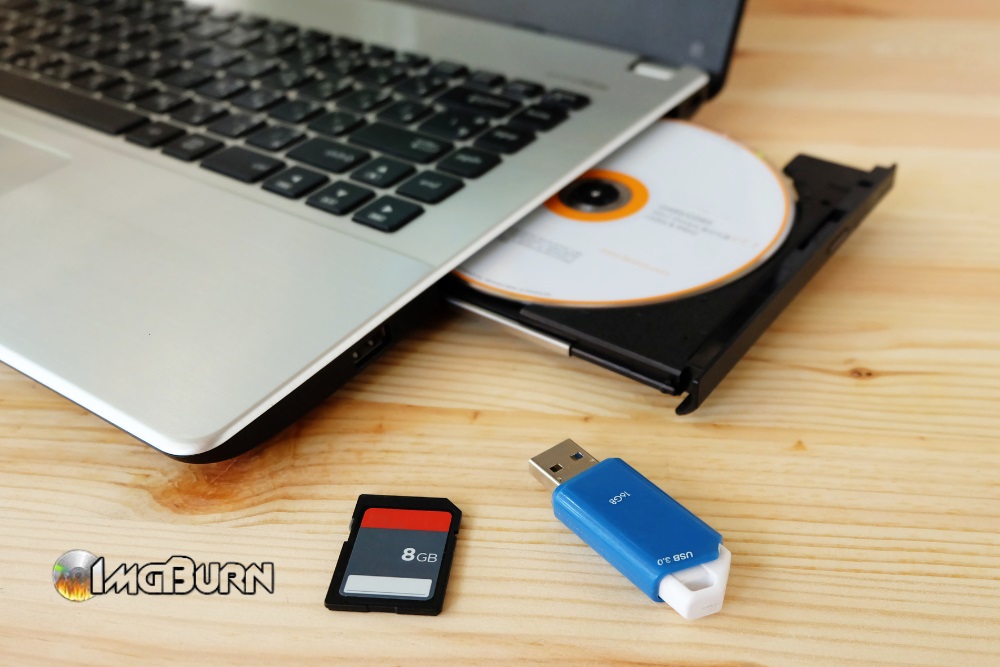 ImgBurn is a popular software but it has many shortcomings and there are better and more powerful burning software available out there which we will share with you today. These are the top 10 best programs like ImgBurn.

WinCDEmu is one of the best and most popular disc authoring software like ImgBurn. In this software, you get all the features you get in ImgBurn. For starters, it allows you easily mount CUE, NRG, CCD, UIF, BWI, and ISO image files very easily. All you will have to do is to double-click the image file and it will mount on Windows Explorer.

The unique thing about WinCDEmu is that it is open-source software and it has an active community that is continuously working on improving the software. Also, the software supports over 38 different languages and it’s also completely free to use. 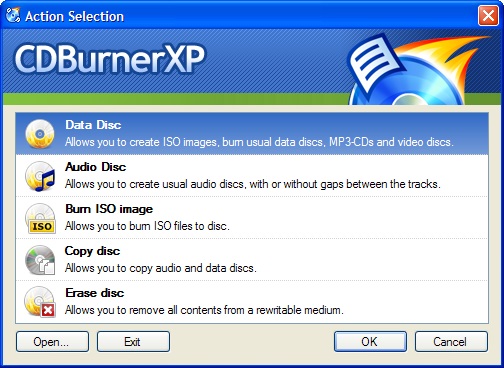 Express Burn is a popular program that is very similar to ImgBurn. In this software, you can easily create ISO images and audio/video/data CDs. The good thing about Express Burn is that it very easy to use and it comes with a drag and drops feature which makes it easier to add files to the software.

In the software, you can create Video CDs from different file formats including AVI, MPEG, and DivX. Similarly, it allows you to create audio CDs from different audio formats such as MP3, WAV, OGG, and WMA. Overall, if you want an alternate program to ImgBurn with advanced features and a simple User Interface, you can’t go wrong with Express Burn. 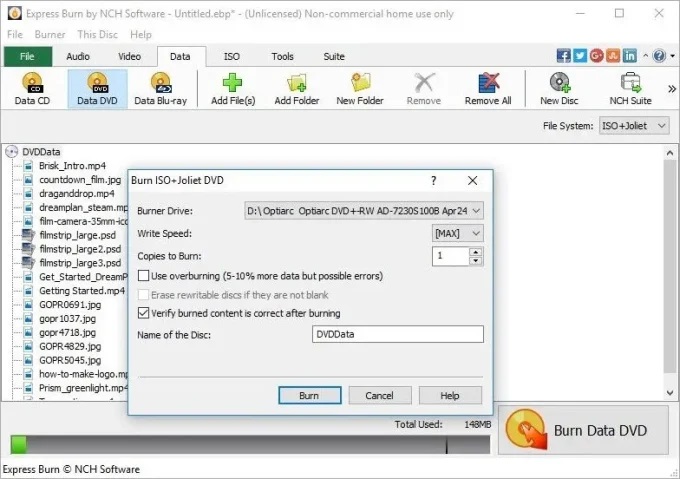 Ashampoo Burning Studio 23 is a very comprehensive and powerful burning program that can prove to be a worthy alternative to ImgBurn. For starters, the Burning Studio 23 comes with a very useful backup feature that you can use to compress data onto multiple discs and protect and encrypt them so that only an authorized person with a password could only access it.

On top of that, the studio is also equipped with advanced features such as super blank disk detection, scratch protection, optimized slide shows, Rip Music from CD, and unlimited storage capacity which makes it a better overall program as compared to ImgBurn. Overall, if you want powerful burning software with tons of advanced features and great performance, Ashampoo Burning Studio 23 is a solid option for you. 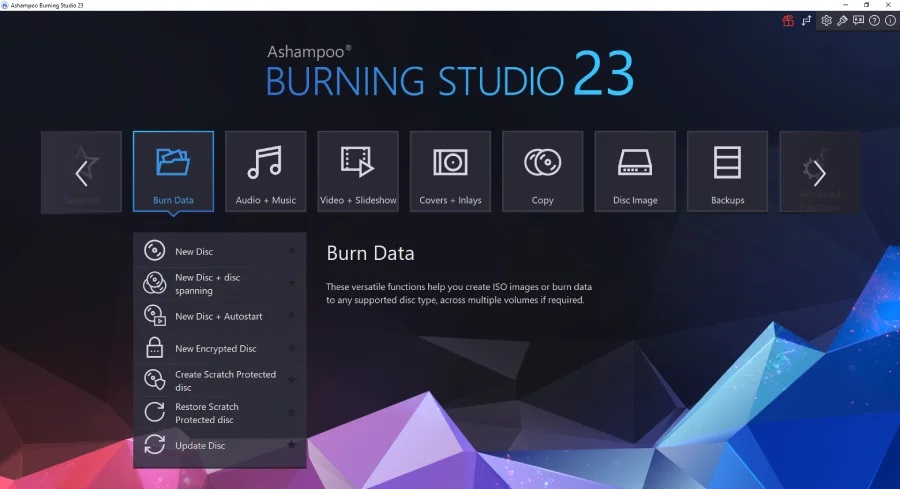 PowerISO is one of the best and most efficient burning software which you can use. The best thing about this software is that it doesn’t require a lot of resources and it works well even on entry-level and old systems without any compromise. On top of that, it’s also compatible with all the latest versions of the Windows OS including Windows 11.

If we look at the features, you can use PowerISO to create, edit, and extract CD, BD, and DVD files. Similarly, you can also use it for burning audio, video, and data files on CD, BD, and DVD Files. On top of that, you can also use it to mount and encrypt files on CD, BD, and DVD Files. Another great feature of PowerISO is that it comes with drag and drop interface which makes it very easier to add files to the software. Overall, if you want an efficient yet powerful alternative to ImgBurn, you can’t go wrong with PowerISO. 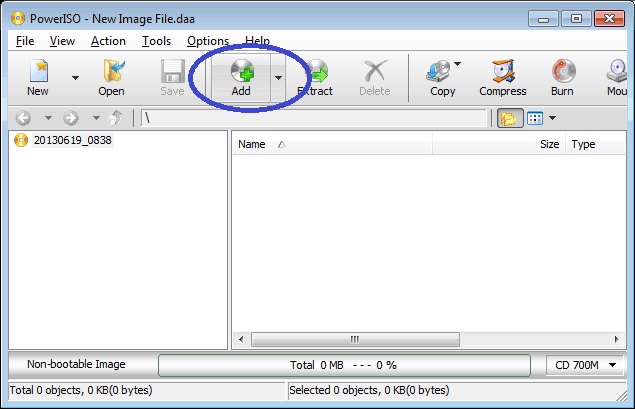 DAEMON Tools is a very popular disk imaging software that can be a good replacement for ImgBurn. In this software, you get various tools including a burning tool which you can use to mount images from your CDs, DVDs, and Blu-ray Discs to your virtual drive.

The software also supports all major disk image formats including CUE, ISO, MDF, and NRG. The best thing about DAEMON Tools is that the software comes with a very refined and intuitive user interface which makes it very easier to use. The service offers a basic free tier that comes with basic features but if you want advanced features such as creating VHDs, and TypeCrypt files, lifetime updates, and priority support, you can go for premium plans. 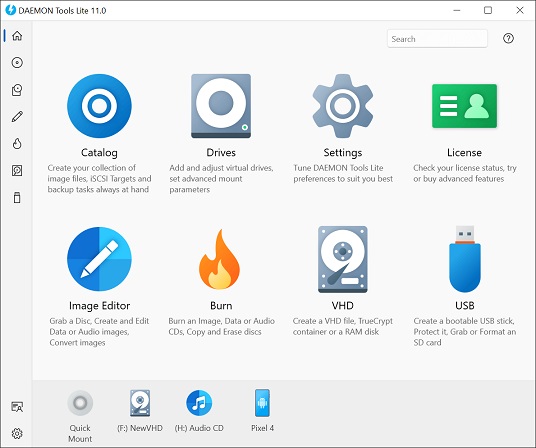 AnyBurn is another very popular burning software that you can use as an ImgBurn Alternative. The great thing about AnyBurn is that it’s pretty lightweight and efficient software and it doesn’t require a lot of resources to run.

When it comes to features, you can use it for burning CDs, DVDs, and Blu-ray Discs. Similarly, it’s also fully compatible with all major disk image formats including ISO, IMG, NRG, BIN/CUE, and MFS/MDF. The only major drawback of AnyBurn is that it is not compatible with Windows 11 but it’s compatible with earlier versions such as Windows 10, 8.1, 7, Vista, and XP. 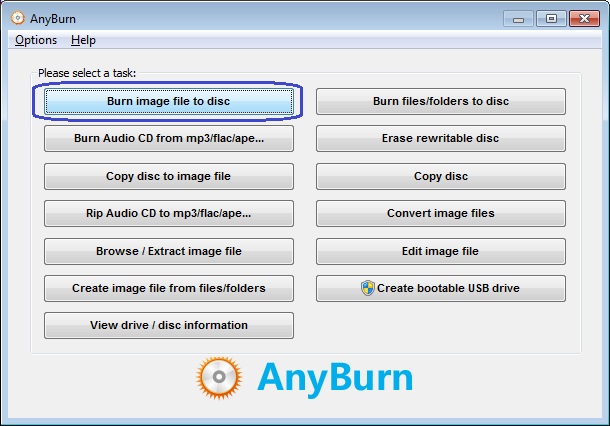 BurnAware is a very popular and powerful burning software that you can use to create bootable data and audio discs. You can also use it to burn and create ISO Images from existing folders and files on your system.

The best thing about BurnAware is that it’s equipped with the latest technologies including M-Disc which allow you to store data that can last for up to 1000 years. Like other software on the list, BurnAware also allows you to rip audio tracks from CDs and convert them to supported audio formats such as WAV or MP3. The free version of BurnAware comes with generous features but if you want advanced features, you can also explore premium plans. 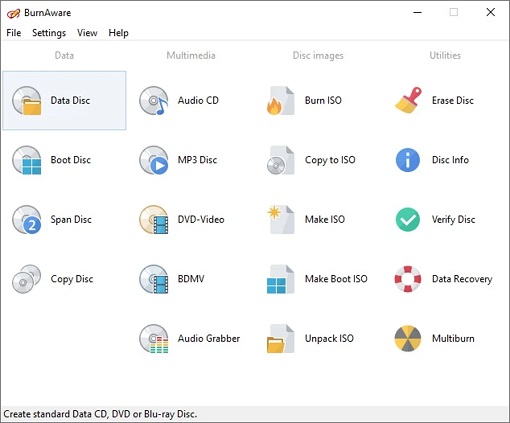 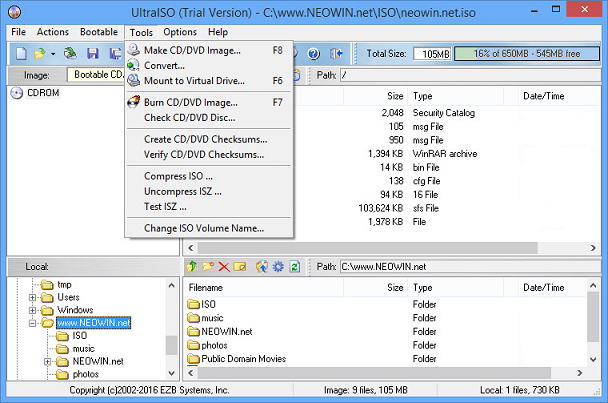 InfraRecorder is another very popular alternative to ImgBurn. The best thing about InfraRecorder is that it is open-source software that is supported and maintained by the community. It was launched back in 2005 but it’s still getting updates thanks to the strong community.

If we look at the features, you can use InfraRecorder for various tasks including writing CDs and DVDs. The software allows you to create CDs from different audio formats including MP3, OGG, WAV, and WMA formats. Similarly, you can create DVDs from supported video formats such as MPEG.

Another nifty feature of InfraRecorder is the multi-session importation which is the feature missing on ImgBurn. Using this feature, you can continue to write Disc even if it already has the data which is pretty convenient. Also, the software is equipped with features such as fixating discs and recording disc images. Overall, if you want an open-source alternative to ImgBurn with advanced features, InfraRecorder is a solid option for you. 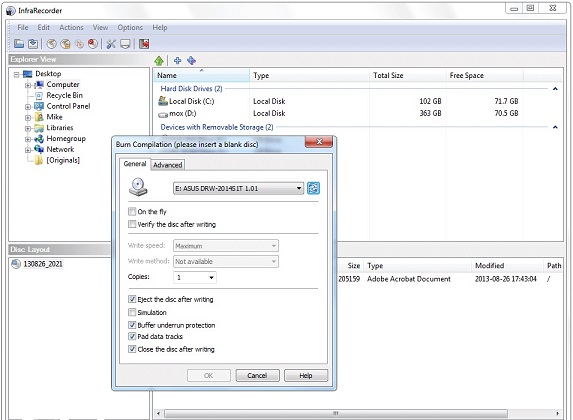 These are the top 10 best programs like ImgBurn which you can use to burn ISO files. All of them have similar features to ImgBurn but they also have better and unique features of their own which makes them a better choice for many users. We hope that you found the right image-burning software for you. Have fun!

☞ What are the best open-source alternatives to ImgBurn?

These are the best open-source alternatives to ImgBurn.