Video game consoles are upgraded timely to offer unending entertainment to gamers. Most often, these consoles do not only focus on providing gaming entertainment but also allow gamers to communicate and interact. Play station has now evolved into being a media providing not only games but other videos capable of streaming.

The PS4 by Playstation is a console perfect for these purposes. It can be used for numerous purposes like watching movies and listening to audio other than the basic gaming motive. These activities are all plausible with the use of the best streaming apps. 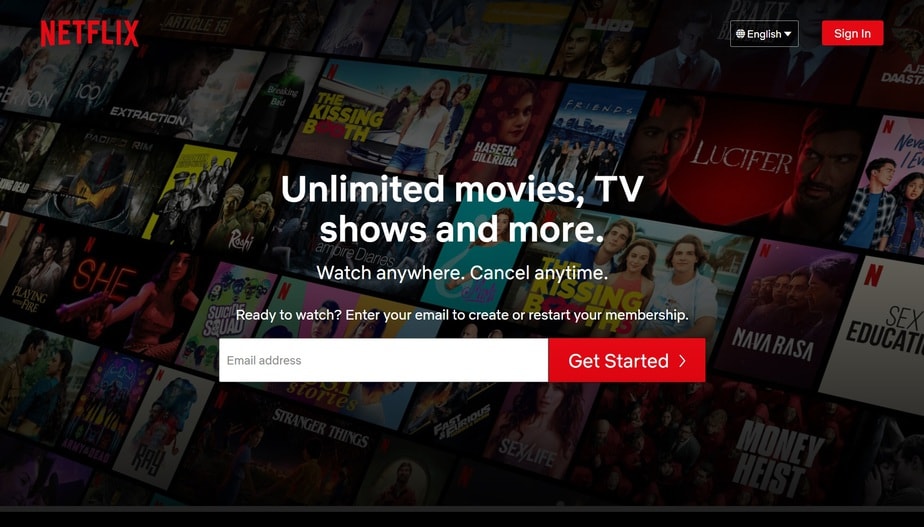 One of the most popular and trusted streaming app today is Netflix. It leads the list of the best subscription service that provides users with the hottest and trendiest original and existing movies and series.

It’s the best streaming app for individuals, groups, and families. Watching Netflix on a PS4 on a cozy weekend spells fun and comfort.

This service streaming app is offered for a subscription price for various plans such as mobile, basic, standard, and premium. 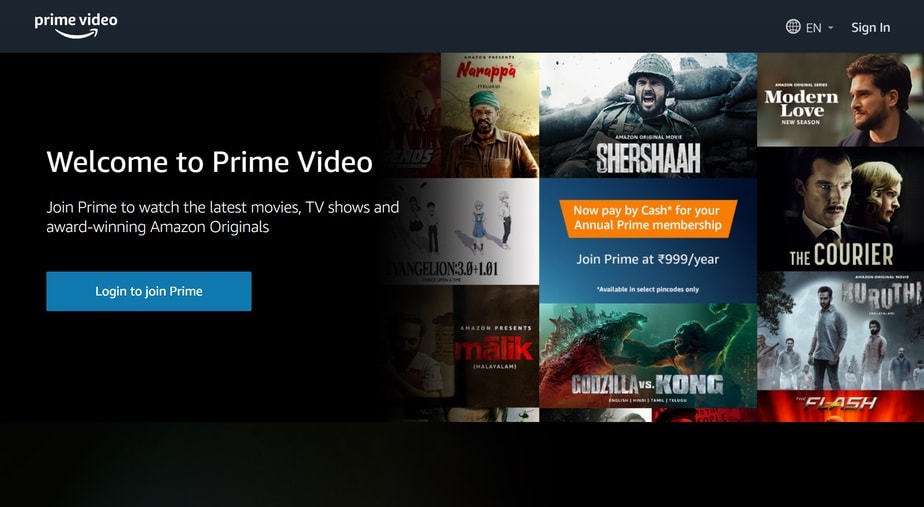 Another top-rated streaming app perfect for PS4 is Amazon Prime Video. This app works like Netflix, providing users with a variety of shows and movies.

With Amazon Prime Video, you get the option to buy or rent movies or series.

Amazon Prime Video is free for Amazon Prime members. For those non-members, it comes with an annual subscription plan with a 30-day free trial period. 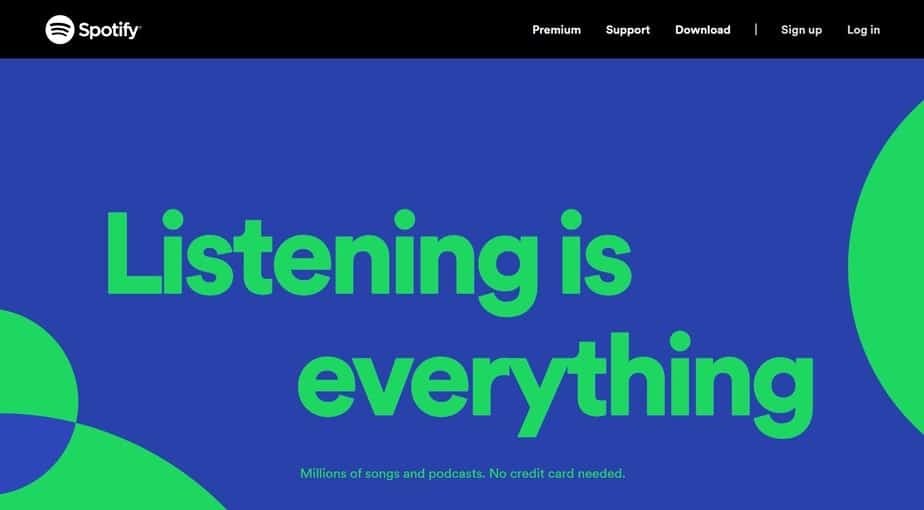 Spotify leads the race of being the top music streaming service app. With Spotify installed on PS4, gamers will enjoy listening to all genres of music while playing their favorite console games.

Spotify is available to users for free. But the free version comes with ads and limited skips. Upgrading to Spotify premium enables the user to enjoy all the amazing features of the app including offline streaming. 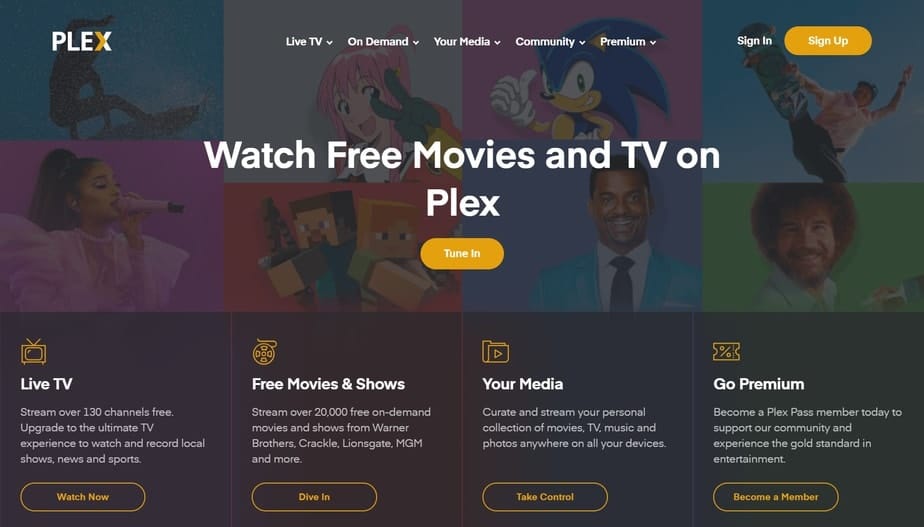 Plex is a media player platform that works as an online organizer of a user’s collection. It functions as a single abode to store and access all media on your PS4. This app can store all media including pictures, videos, audio, music, and the like.

The Plex app is free to download. But requires a Plex Media Server that comes with a subscription price to run on PS4. 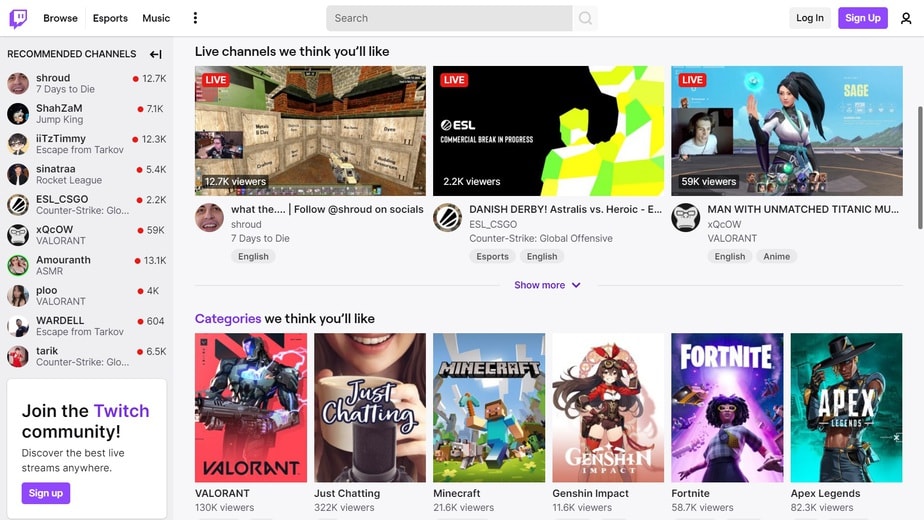 The Twitch app has established its name as the biggest live video platform for gamers.  Its service is increasing significantly with about 30 million web traffic per day. 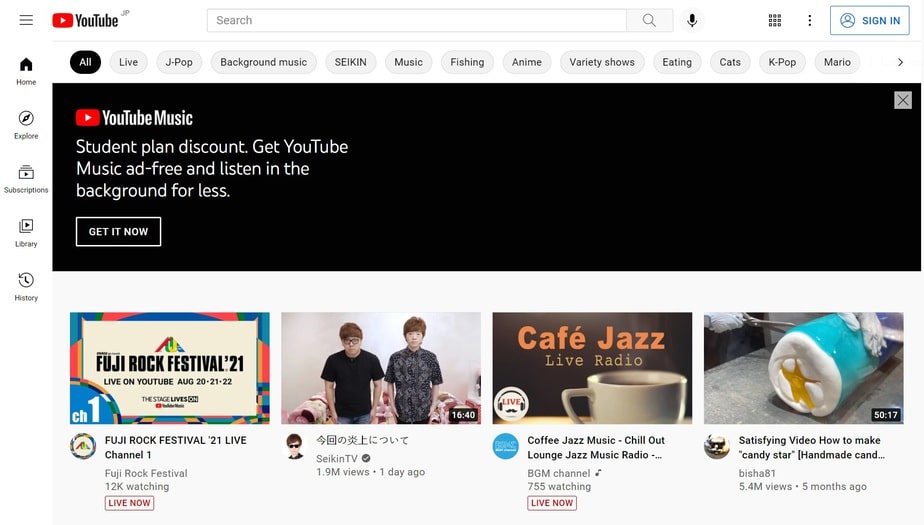 The Internet is almost synonymous with YouTube. When we talk about streaming apps, this app is never forgotten. YouTube can be accessed anytime and with any device including PS4.

This streaming app for PS4 has a friendly interface suitable for new and experienced users alike.

The free version of YouTube offers so many remunerations that can satisfy all sorts of users. But if you like to get a full blast of the app’s functionalities such as being ad-free and access to exclusive videos, YouTube premium is the best one for you. 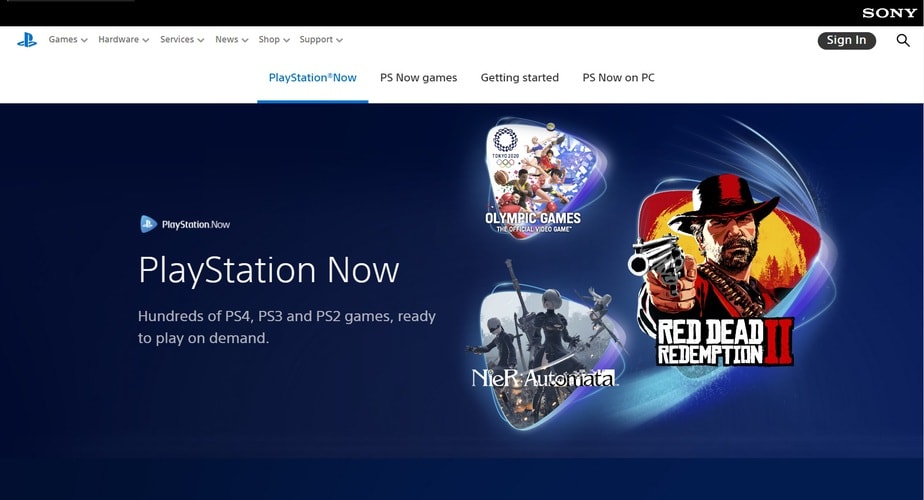 If Netflix is for movies, then PlayStation is for games. This console streaming app can let users play classic PS games without the need to download them.

All of your favorite console games can be accessed on the PlayStation now. Around 800 games are available in the streaming service app. However, you need to pay extra for the subscription price. 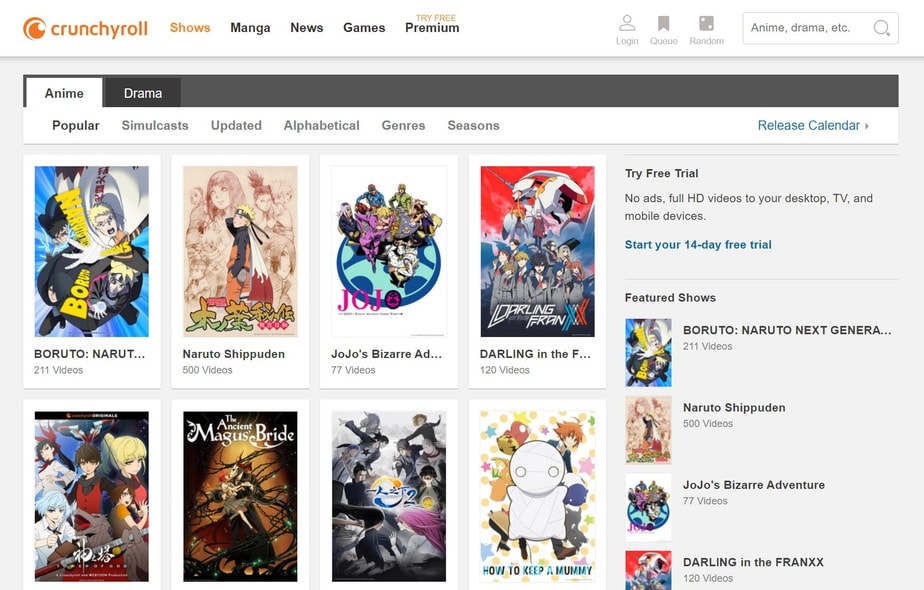 Crunchyroll is the perfect app for anime fanatics. This streaming app for PS4 is the major destination for gamers looking for genuine Japanese anime.

Crunchyroll showcases the latest episodes right after they are shown in Japan. Users can stream the videos through a dependable 720p quality.

This streaming app is free to download but to be able to access all the episodes, you need to be a premium member. 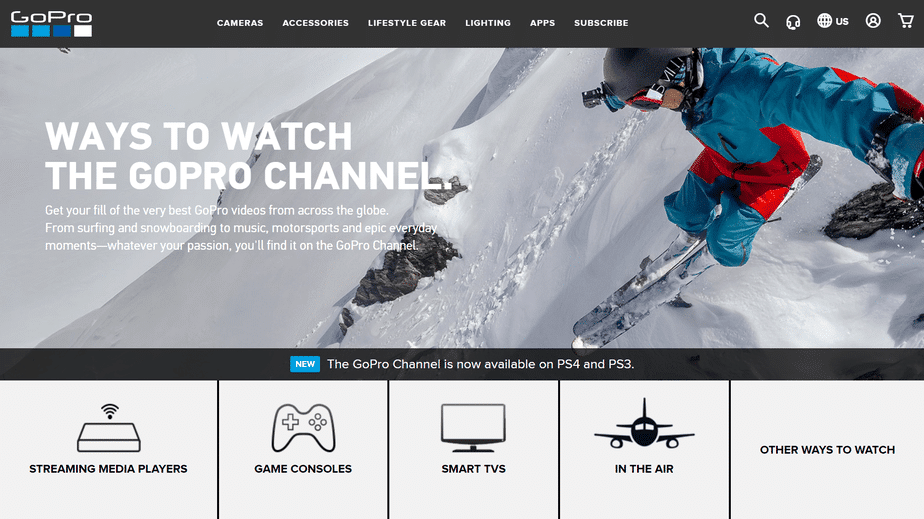 GoPro-captured videos are surprisingly exciting. There is a sense of exhilaration watching videos taken by GoPro especially when they are about extreme sports and adventures. If you are an enthusiast of this kind of media, the GoPro Channel is the best one for you.

The GoPro Channel is free to stream on PS4, allowing users to enjoy a wide array of amazing GoPro moments. 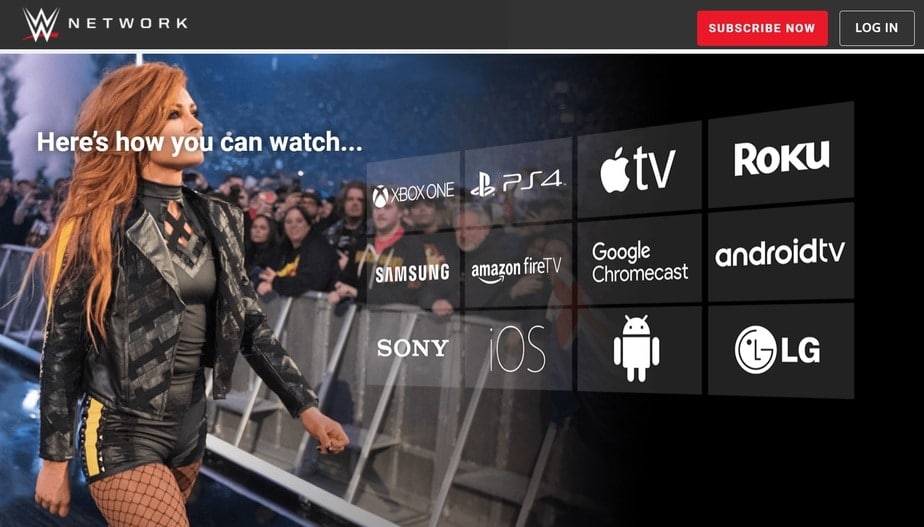 This streaming service is an app that every PS4 user should have. This professional wrestling entertainment has been in the industry for quite a remarkable time. And now it extended its entertainment to the PS4 console.

Aside from the collection of outstanding episodes, regularly scheduled programming, and pay-per-view live productions, you can also access numerous original series, documentaries, and reality shows.

You can access all this WWE goodness for a monthly subscription fee. 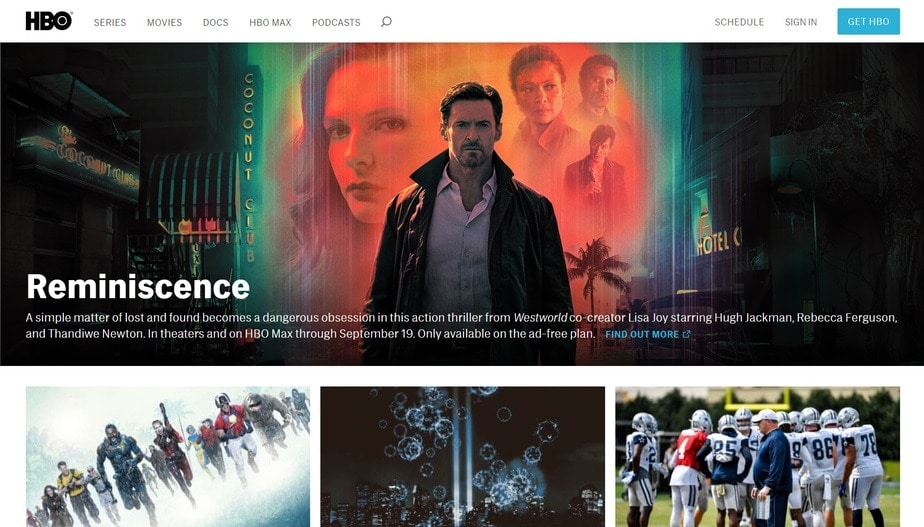 If you like all the amazing shows you have watched on the HBO Channel, then have this HBO Go now on your PS4. This service streaming app is the best when it comes to offering the most premium movies and shows. Let it be known that content in the HBO GO app is not made available on other streaming devices like Amazon, Netflix, and YouTube.

Although the subscription fee of HBO Go is more expensive compared to its contenders, you always get what you paid for.

Now that you have one of the best consoles in the industry, you only need to have the best streaming apps to complement it. It’s a decision not difficult to make especially with all the outstanding streaming apps available. Imagine your next weekend on a couch, with good food, good company, and the best PS4 experience. Isn’t that amazing?