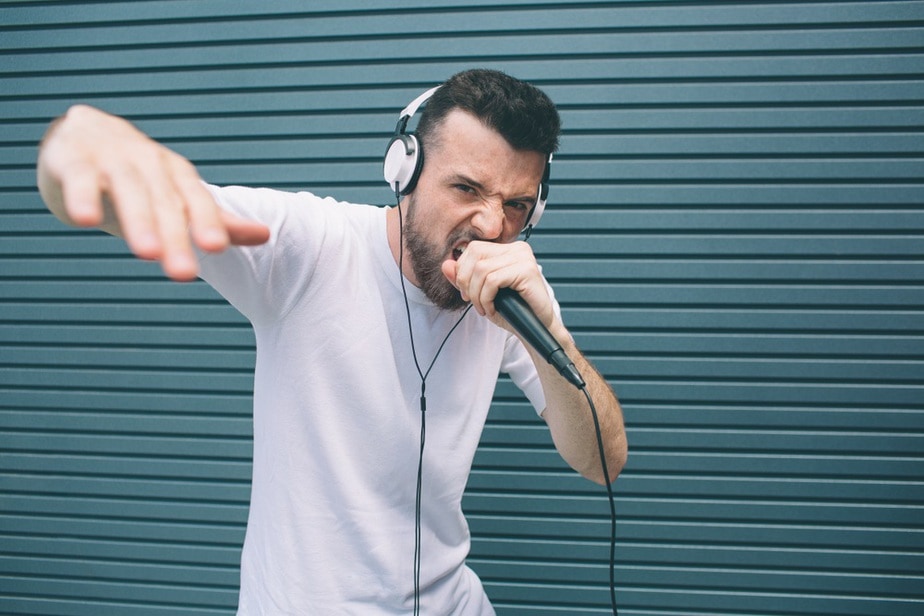 Freestyle Rapping is a trend nowadays. Younger generations are inclined to get on the fad. However, to be able to become consistent with your rapping skills, you need inspiration and some tools. Among these tools may be a good freestyle rap app with fantastic features. There are so many amazing music apps, some available offline, while some encompass so many features. And there are those that caters with rap music. If you need one, check our list below, and let’s start rappin’. 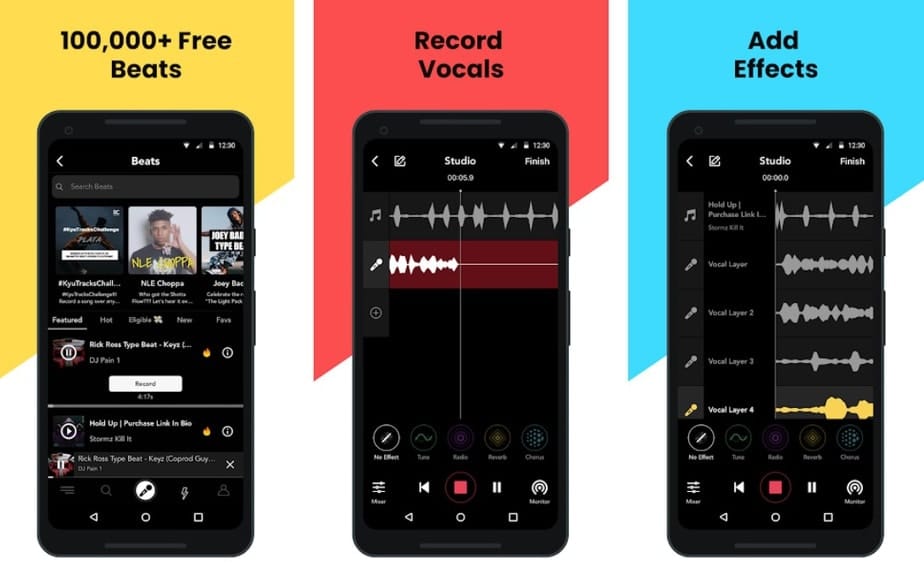 Rapchat is a fantastic freestyle rap app that is ideal for beginners. It features an easily operated virtual recording studio with numerous instrumentals and beats. It is too convenient to record vocals with so many effects including the popular Auto-Tune.

Rapchat features an AI that will assist you with recording for a more quality-sound rapping. It is like getting a professional studio-quality recording in just the palm of your hand. Sounds quick and easy and exceptional. 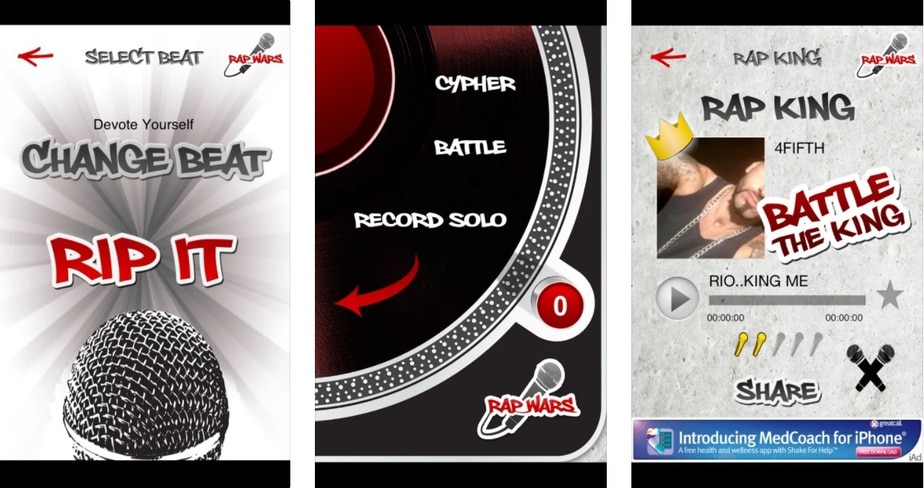 Rap Wars Free is a recording platform for all rappers across the globe. It is a great tool where rappers can meet with other rappers, show off their rapping skills, listen to one another, and battle with one another.

Recorded raps in Rap Wars can be shared on social media platforms like Twitter and Facebook. It is an amazing place to get discovered and to discover potential talents.

Rap Wars Free features an enhanced audio quality suitable for speakers and headphones. It can support any operating system, thus, it is one of the best freestyle rap apps for Android and iOS. 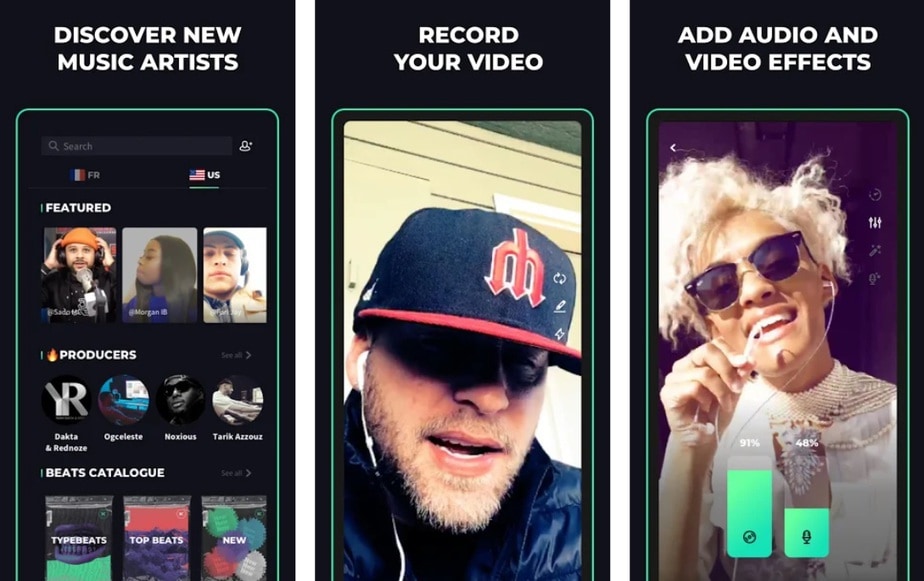 KEAKR is an extraordinary music app that brings together all kinds of music lovers from all over the world. It is the most trending app for rappers because it allows them to express their type of music, build a portfolio and showcase it to the world. The app works like a social media account where users can interact through posting, liking, and sharing. So many aspiring artists have made names through KEAKR, which is why it is one of the best rap apps out there. 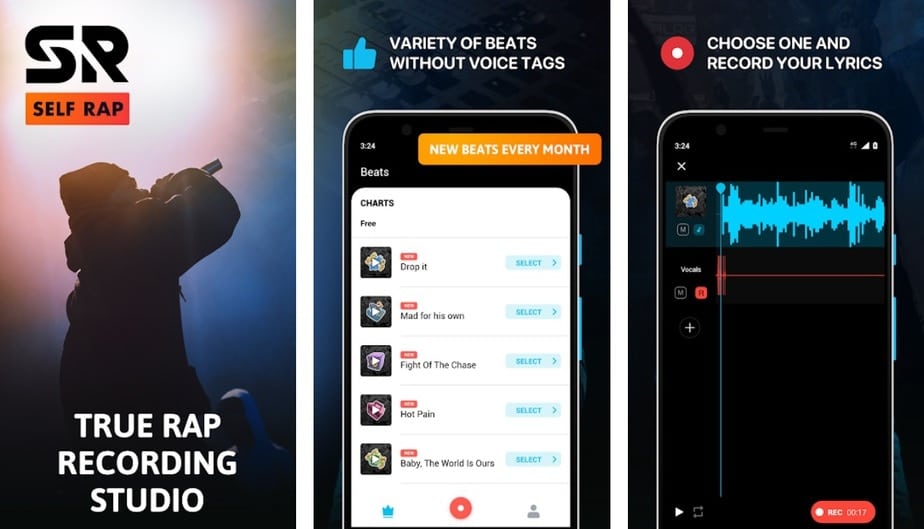 Another top-rated freestyle rap app that rappers rave about so much is Self Rap. It is a music app that will assist aspiring rappers in their journey from start to progress. In Self Rap, users can record their rhymes directly, and then after, they get to put beats and tones in whichever way they want.

Self Rap has an online hip-hop community where artists, musicians, and fans can come together to share the common goal of love for music. Here, aspirants can be discovered into the fame they dreamed about.

Self Rap has an excellent user interface easy to handle. It is among the best freestyle music apps for both Android and iOS. 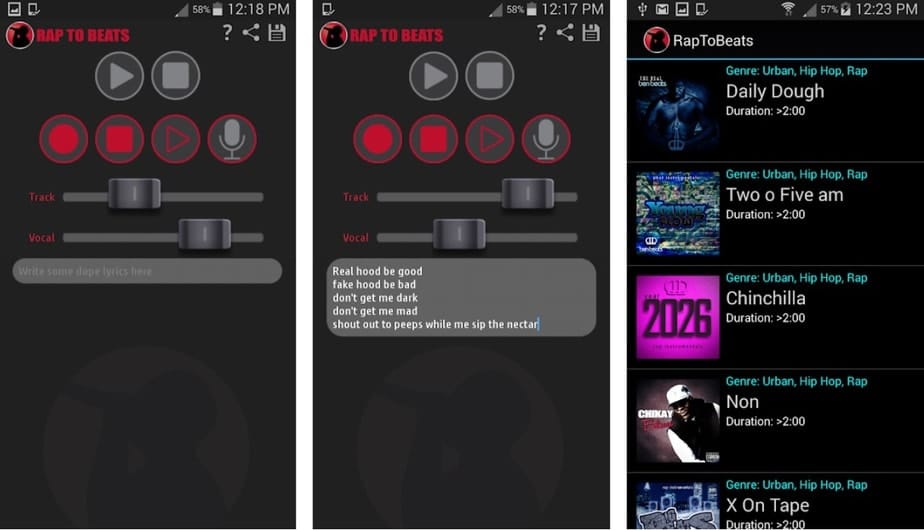 Rap to Beats is an app that allows users to record songs with the quality of that from a professional recording studio. It features a library filled with fantastic rhythms and beats you can use to enhance your recordings. Some functions let artists control the speed of the tempo.

Rap to Beat is an app that is lightweight and has a straightforward user interface. Rappers, amateurs, and professionals alike can practice anytime and anywhere they like with this best freestyle rap app that fits Android and iOS. 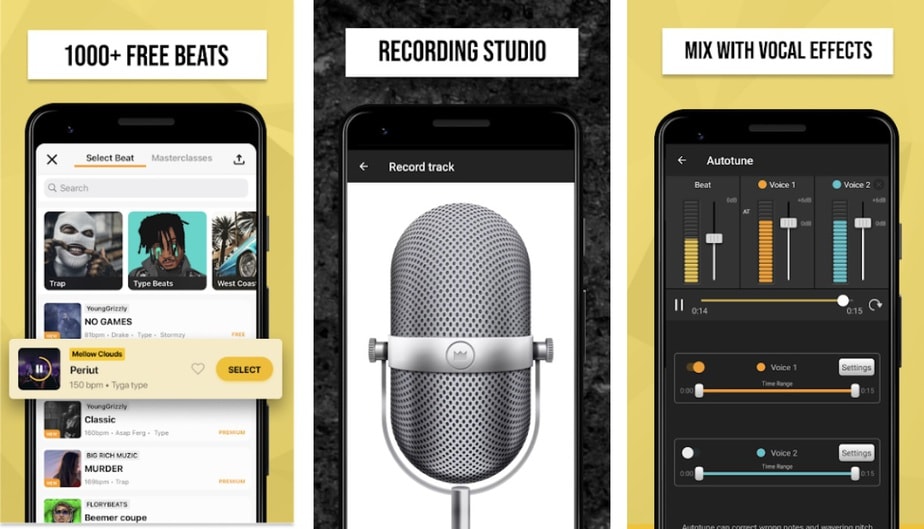 Rap Fame is a rap music studio that caters to recording, advertising, and sharing tracks. It contains so many rhythms, beats, and styles so that rappers can practice and become better every day.

Rap Fame can help hopeful artists in their dreams to become famous with its great features and functionalities. It has so many attributes that all users find beneficial. These features include an extensive beat library, comprehensive ranking lists, a receptive lyric search engine, current news and trends, collaborations, a fun hip-hop community, numerous contests and so much more.

All these things considered, Rap Fame is one of the best freestyle rap apps for Android and iOS. 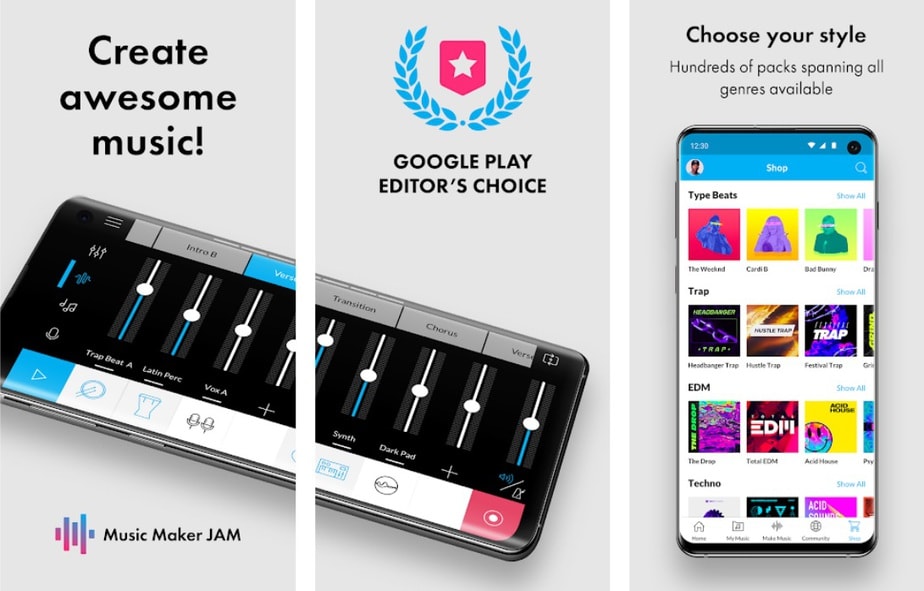 Music Maker Jam is a popular music app among content creators, influencers, singers, rappers, and all music enthusiasts. It is a convenient musical rap app that lets users create new music or remix old ones. The app features loops from all kinds of musical genres.

Recordings from Music Maker Jam can be downloaded and saved to MP3 files so that artists can share their music creations with everyone else. 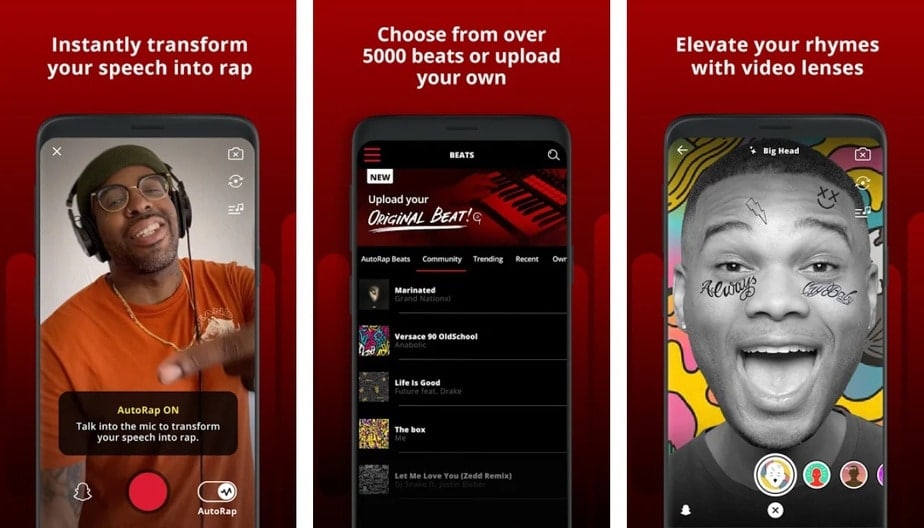 AutoRap is a music editor from the makers of Smule. It is a fantastic rap app that’s dedicated to rappers’ dreams and aspirations. AutoRap is so easy to use because the app allows users to simply talk while the app does the work. That is, with the fantastic functions of the app, artists can edit their talk with beats and rhythms to make it a rap masterpiece.

AutoRap contains a wide selection of beats and tracks ranging from classics to the trendiest hits. It features an online community where artists can challenge others for friendly rap battles.

Overall, AutoRap has so many to offer and it is one of the best freestyle rap apps for Android and iOS.

Rapping is a talent, some are born with it, while others struggle to get it. But with these amazing freestyle rap apps, anyone can be a superstar.