Let’s start with Traveller, arguably one of the best and oldest Sci-Fi Tabletop RPGs. It was launched back in 1977, but it’s still going strong because it comes with all the elements you can expect from modern Sci-Fi Tabletop RPGs. In the game, you will find space battles, trading, and tons of other features which make it fun to play. Also, the best thing about Traveller is that it’s tried and tested. This means that thousands of players have played it before. And there are great chances that you will love it as well. Also, it’s a very comprehensive game that will keep you engaged for a long time. 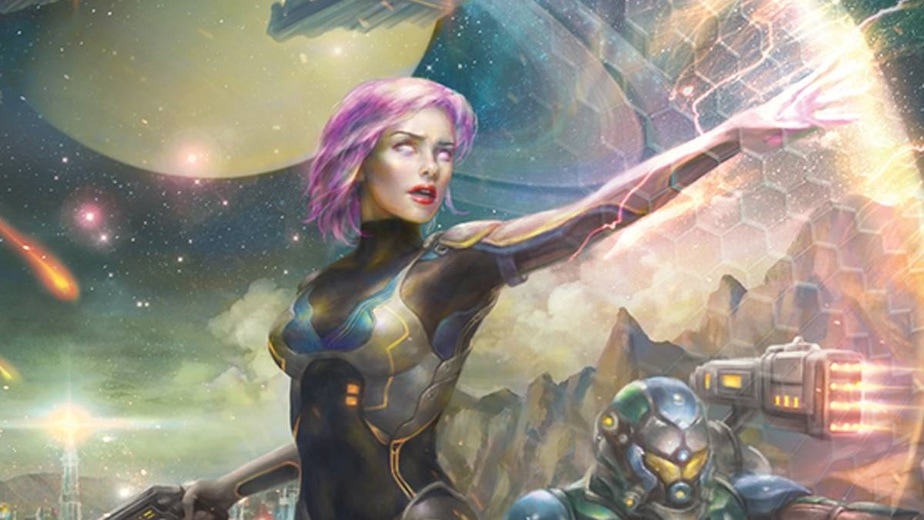 Stars Without Number is another very popular Sci-Fi Tabletop RPGs that you can enjoy. The thing which we like the most about this game is that it’s designed to be easier to play. Which means that you can enjoy it with your buddies without preparing a lot beforehand. It’s also a very comprehensive RPG that will keep you engaged for a long time. Also, it allows you to add your own creations to make it more fun to play. So, if you want a Sci-Fi Tabletop RPG that is easier to play, Stars Without Number is a solid option. 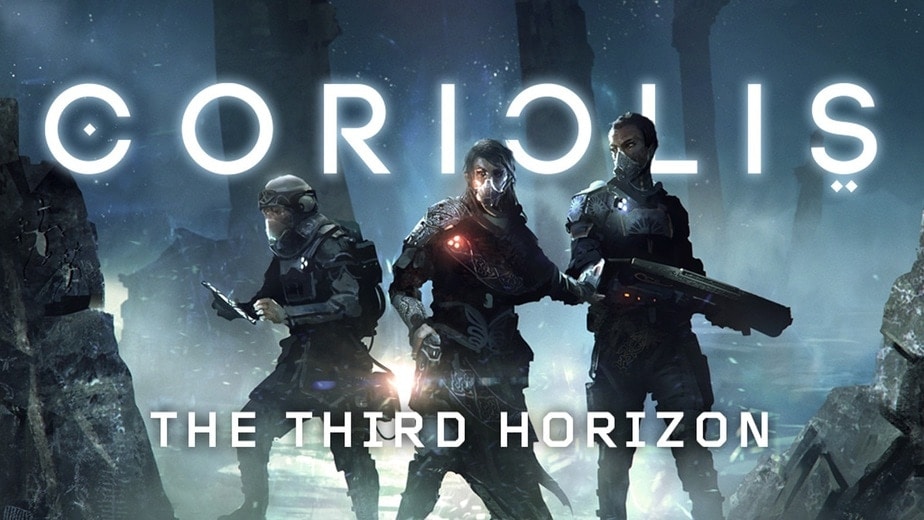 Coriolis is one of the most beautiful and well-designed Sci-Fi Tabletop RPGs you can play. The main highlight of Coriolis is the artwork which is truly breathtaking and amazing. If you are someone who appreciates art, you will definitely love Coriolis. In the game, you will be using the dice pool system, which is fun to play and it’s also easier to learn as compared to other systems. Overall, if you want a Sci-Fi Tabletop RPG with beautiful artwork, you can’t go wrong with Coriolis. 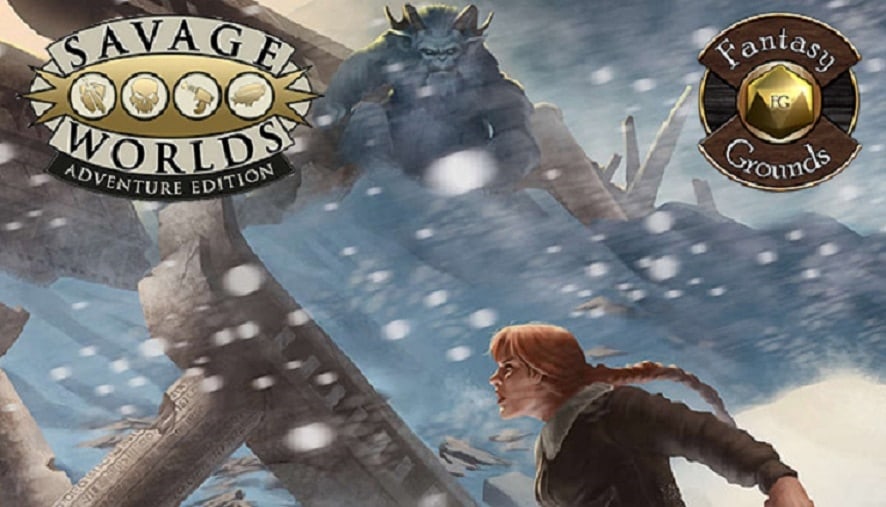 Savage Worlds is one of the few Sci-Fi Tabletop RPGs that doesn’t require players to spend weeks learning new systems. Instead, it comes with a simple system that is easier to learn, and you can get into the game after a minor learning curve. Another great thing about Savage Worlds is that it starts slow. So that you get acquainted, but once you progress, it will get faster, which will allow other players to get their turn quickly, and the game will be more fun. Also, it comes with a lot of depth, so if you are willing to dig into the game, Savage Worlds offers a lot. 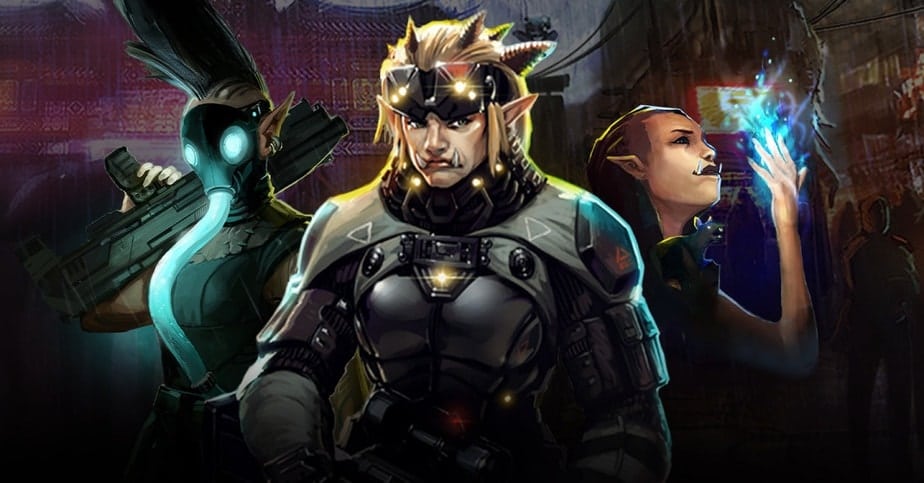 Shadowrun is another Sci-Fi Tabletop RPG that was released 3 decades back. But still, it’s going pretty strong because of its impressive elements. It’s also interesting to note here that it was launched in a video game, and it went popular because of the game. The good thing about Shadowrun is that it offers all the bells and whistles which you can expect from a good Sci-Fi Tabletop RPG. It comes with deep mechanics and a system that will keep you engaged for a long time. Overall, Shadowrun is an exciting Tabletop RPG, and if you like refined and well-balanced Tabletop RPGs, you will love it. 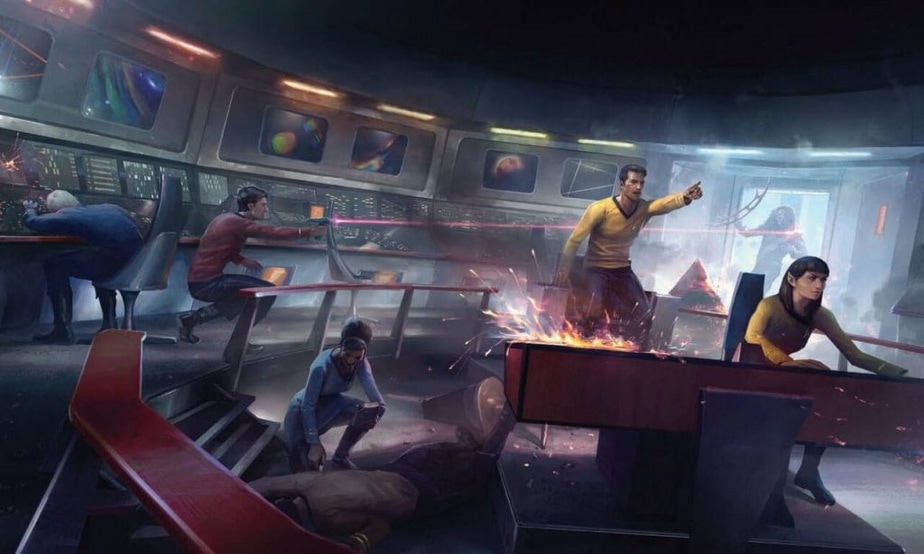 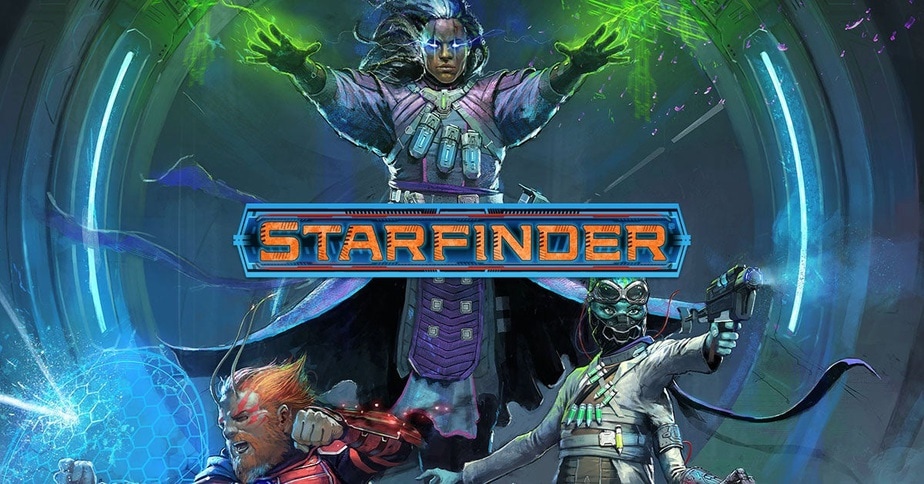 If you look into the world of Tabletop RPGs, Pathfinder is one of the most popular Tabletop RPGs. And the company that is responsible for it developed Starfinder, which is basically similar to the Pathfinder. But comes with Sci-Fi elements to make it more appealing to Sci-Fi enthusiasts. The great thing about Starfinder is that it takes all the pros of Pathfinder and comes with some unique elements of its own, which make it fun to play. So even if you have played Pathfinder, we still recommend that you play Starfinder because it’s more fun and unique. 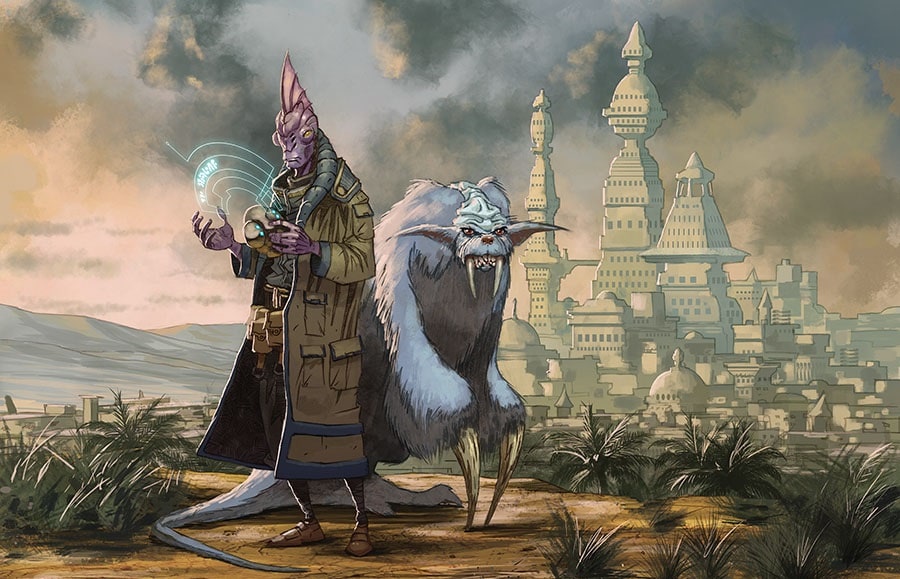 If you are into Fantasy and Sci-Fi Tabletop RPGs and you are looking for a combination of both genres, you can give a try to Numenera. The main highlight of Numenera is that it combines the best elements of both genres, which makes it more fun to play. In addition, the game comes with a very sophisticated gameplay system that is easier to learn and play.

Ashen Stars is another exciting Sci-Fi Tabletop RPG that comes with all the interesting elements of Sci-Fi. In this game, you and your friends will be playing the role of freelance Investigators who will be solving crimes and mysteries in a space sector named “Bleed.” The game comes with over 14 spaceships and 7 species which you can use. Overall, if you are looking for a Sci-Fi Tabletop RPG that revolves around crime and mystery, you can’t go wrong with Ashen Stars. 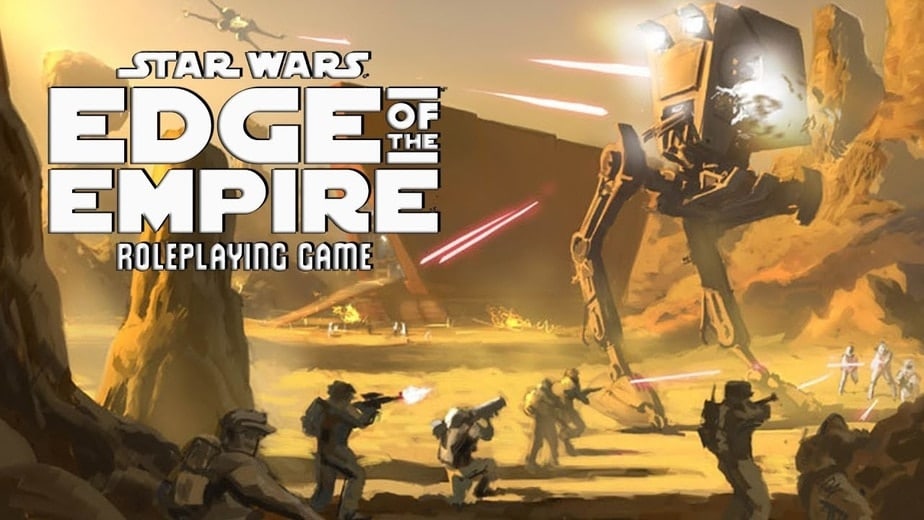 Star Wars: Edge of the Empire is one of the best Sci-Fi Tabletop RPG for Star Wars fans. As the name suggests, this game is based on popular Sci-Fi series named Star Wars. In the game, you get a lot of Star War elements which surely make it a treat for Star War Fans. The game mainly focuses on the story, but there are also parts with combat. The only problem with this game is that it requires custom dice, which means you will need some time to get used to it. But, overall, if you are a fan of Star Wars and can manage the custom dice learning curve, Star Wars: Edge of the Empire is a solid option for you. 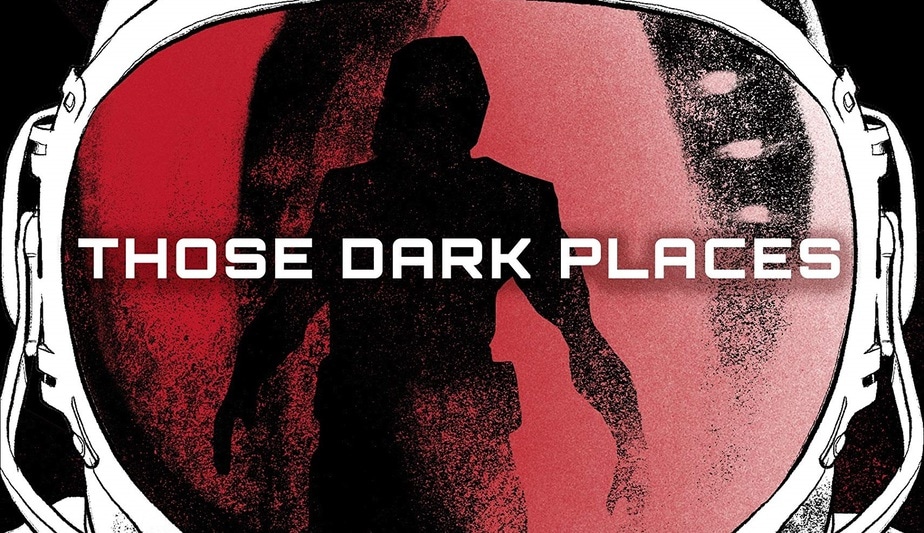 If you are someone who is a fan of Horror and Sci-Fi Tabletop RPGs and looking for a combination of both genres, you can consider “Those Dark Places.” The best thing about Those Dark Places is that it’s very easier to play. It also comes with very light rules, which make it fun to play. In the game, you and your friends will be taking the role of crew members with different roles and personalities. Overall, if you are looking for a Horror Sci-Fi Tabletop RPG with light rules, Those Dark Places is a solid option for you. 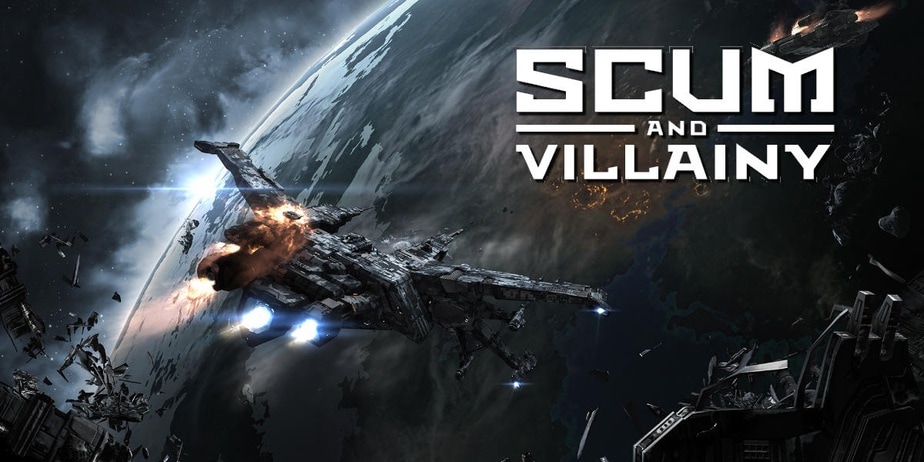 These days, many Sci-Fi Tabletop RPGs are usually inspired by popular Sci-Fi Series such as Star Wars, and Scum and Villainy is no exception. Star Wars clearly inspires this Sci-Fi Tabletop RPG, but at the same time, it comes with some unique elements of its own, which make the game very interesting. In the game, players will take on various roles, but they will need to carefully plan their roles, especially if they want to stay alive late in the game. As players progress and complete jobs, they will earn experience and money, which they will be using to upgrade their characters. Overall, if you want a Star Wars Inspired Sci-Fi Tabletop RPG with some unique elements of its own, you can’t go wrong with Scum and Villainy.

D6 Space is another very popular Sci-Fi Tabletop RPG that you can enjoy. The best thing about D6 Space is that it comes with a very comprehensive introductory section. This helps you get up and understand the game in no time. On top of that, it also doesn’t require any special dice, and you can play it with any ordinary six-sided dice. The only downside of the game is that it comes with a slightly complicated magic system which can be disappointing for those who don’t like complex RPGs, but if you like complex games, you will love it.

That’s all, folks. In this guide, we shared the 13 Best Sci-Fi Tabletop RPGs which you can enjoy with your friends. They all come with attractive elements and deep mechanics, making them fun to play. Also, some of them are inspired by popular Sci-Fi Series such as Star Wars and Star Trek. So, if you are a fan of these series, you will love these games.