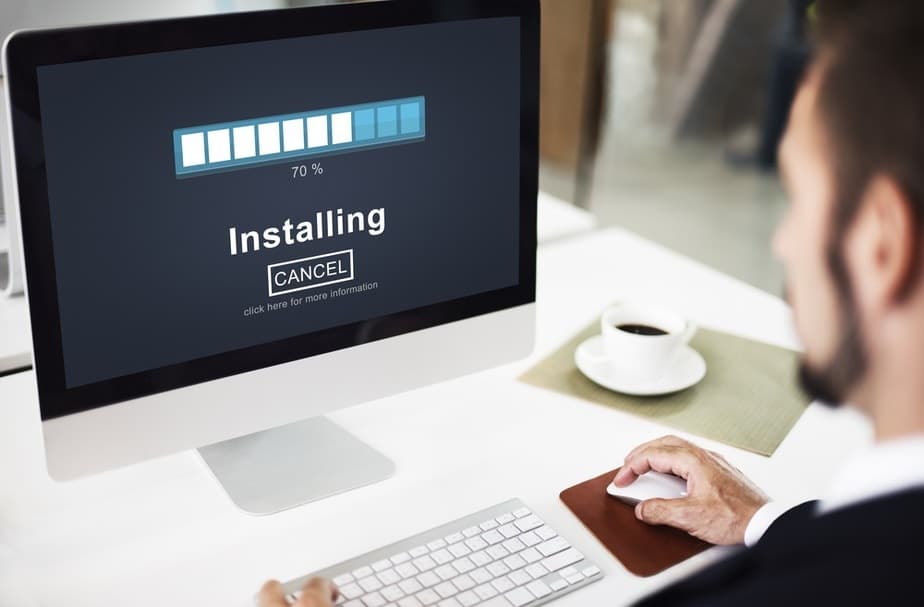 InstallShield is the go-to software installer tool for Windows and is employed by the majority of the best software development firms in the sector. The user-friendly interface of InstallShield enables programmers to create installation packages for the Universal Windows Platform (UWP) and Windows Software Architecture (WSA) as well as MSI and.exe installers.

Among its numerous capabilities, InstallShield offers wide support for various Windows versions and allows you to modularize your applications with a minimum of scripting (7, 8, and 10). Additionally, it enables designers to create stunning installation suites with Microsoft Visual Studio. Even in its most recent version, you can incorporate personalized Start screen tiles with Windows 10 installs.

InstallShield has three different editions (Express, Professional, and Premier). InstallShield is thought to be a pricey utility. However, InstallShield offers developers a large number of tools to create their installation packages, even though it is pricey. The fact that none of these are free is the only disadvantage, though. In general, InstallShield is one of the best Software Installers for Windows.

The Nullsoft Scriptable Installer System functions more as a compiler for a collection of installer scripts than it does as a Graphic User Interface (GUI). However, the lack of a GUI does not prevent it from setting up some extremely sophisticated installer programs with the minimum necessary system requirements.

You can use a variety of compression techniques with NSIS, but we advise utilizing LZMA because it doesn’t call for the implementation of self-extracting archive models. Another benefit of NSIS is its plugin system, allowing programmers to enhance and extend the user interface (UI) of their installer by utilizing multiple plugins written in Delphi, C, or C++. Nullsoft Scriptable Installer System is one of the best inexpensive software installer programs for Windows since it is effective while using very few system resources.

Actual Installer is another of the best software installers for Windows. It may be the ideal solution you need to develop and install all of your Windows-based software because it is both user-friendly and extremely professional. Manual learning and scripting are no longer necessary thanks to Actual Installer. Instead, just complete all the forms that are provided, attach the files for your software, and you’re ready to go. This program, which is offered in both a Free Trial and a Paid Full-featured PRO edition, enables you to quickly and easily create and distribute dependable installation packages.

Actual Installer capabilities include registration of Activex components, fonts, screensavers, and multi-language installation in addition to system specs checks and Activex component registration. It also enables the use of unique instructions. It is quite simple to configure each of these features. As a result, creating a small executable file from your application only takes a few seconds.

WiX Toolset is a great software Installer for Windows in 2023. The two biggest advantages of the WiX Toolset are that it is free and that Microsoft formally supports it. WiX Toolset still lacks a GUI and, like NSIS, produces.exe and MSI installers by combining command lines.

WiX enables authors to put together setup packs thanks to its extensive toolkit. Additionally, you may create IIS websites or add SQL databases using its compiler extensions. In conclusion, this is a tool for experienced developers. On their website, you can find a ton of tutorials and support, though.

InnoSETUP is a script editor that uses syntax highlighting and has a simpler GUI than InstallShield. It may be the most sensible and cost-effective choice for a software installer for Windows. Developers can design custom installers, Start screen icons, INI and registry entries, as well as.exe files (ideal for web distribution). Additionally, it allows digitally signed installs (and uninstalls) and has great compatibility with Windows-based systems (going so far back as Win 2000).

Another inexpensive option for the best software Installer for Windows in 2023 is now InstallAware. Its user-friendly GUI makes drag-and-drop instructions and a variety of visual widgets possible, making it the ideal tool for inexperienced developers.

InstallAware is one of the more flexible software installer programs for Windows and is accessible in as many as five versions. Even a free version that integrates with Visual Studio is available. It is the first Software Installer tool to support the Redstone environment, allowing you to pin your apps to the Start screen and taskbar of Windows 10. InstallAware differs from other Windows software installer applications by utilizing the most recent software development technology.

NpackD is an ideal option when you need to install numerous apps in a newly installed Windows program but don’t like doing it one by one. It is software that enables developers to automatically install several apps without human help using pre-set criteria. This compact but effective application makes it possible to quickly and easily install a variety of software packages.

New apps can be downloaded from Npackd’s list or installed using local storage files on your device. However, that’s not all. Npackd is used to simultaneously update and remove numerous apps. Finally, it offers numerous windows so that the user can monitor their progress. NpackD is among the best software installers for Windows in 2023.

For Windows, software installers do numerous multi-tasking tasks. In addition to many other things, it is used to update computer programs, look up installation requirements, run diagnostic software, and delete unused programs. It is just right to have the best software installers for Windows in 2023 so that these developer activities can be done accurately.