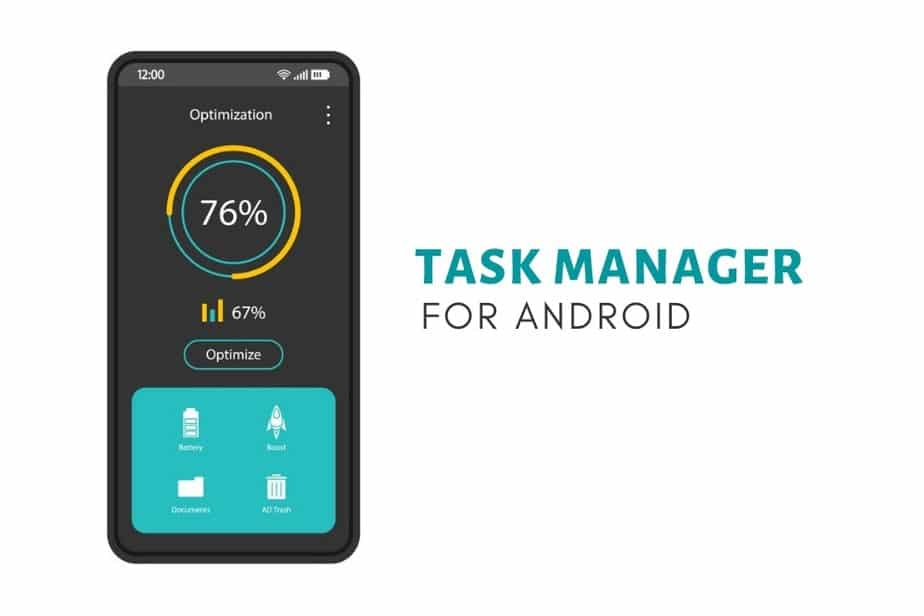 Back in the day, battery life was one of the biggest issues, but over the years, Google has fixed it with built-in task management. Task management in the latest Android versions is pretty good. However, Android phones are that most of them don’t always get the latest version. So, if your phone has an old version of Android, there are great chances that task management on it sucks. So you can surely use a good task manager app. In this guide, we will share the best task killer apps for Android in 2021. Let’s get started.

List of 5 Best Task Killer Apps for Android in 2021

Task killer apps, also known as task managers, are the apps that make sure that the apps don’t run in the background and drain the battery of your smartphone. Today, we will share with you the best task killer apps for Android in 2021. 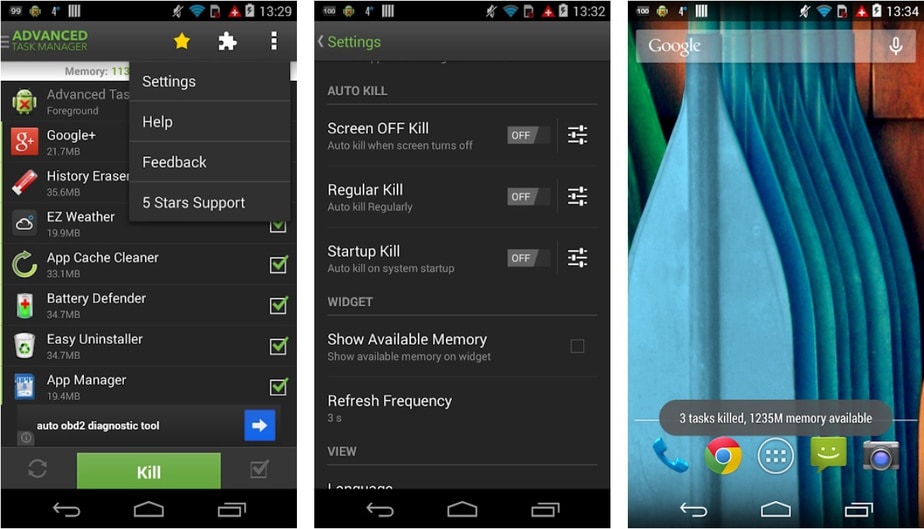 Let’s start with Advanced Task Manager, arguably one of the most popular and best task killer apps for Android in 2021. As the name suggests, it’s an advanced app which means that along with task management, it also offers boost service, which means that it will increase the performance of your smartphone.

In this app, you can easily manage all the apps of your smartphone, and once you configure the app, it makes sure that no unnecessary app runs in the background. It also comes with a widget that allows you to kill the apps with a single touch. In addition, you can also use it to clear RAM and use the resources where you want to use them. 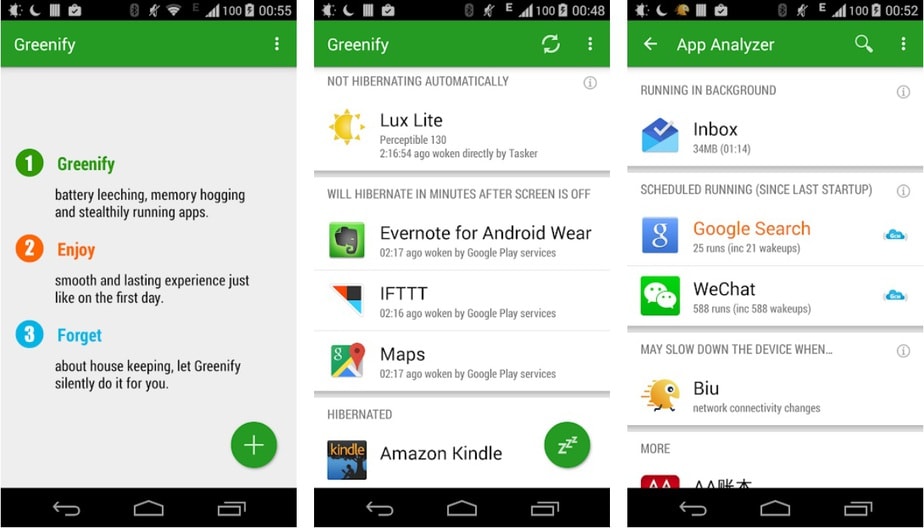 Greenify is one of the best task killer apps for Android. However, it’s different from other task killer apps. It mainly advertises itself as a battery saver app because it doesn’t directly kill the apps. Instead, it monitors the apps which drain your battery, and once they are identified, you can limit the time in the background resulting in improved battery life.

Additionally, the app lets you use the “Aggressive Doze Mode,” (only for Android 6 and later) for better management. It takes the existing doze mode in Android to the next level. The app works flawlessly with regular phones, but it works exceptionally well with rooted devices by offering more control over the apps. Overall, Greenify is an exceptional task killer app, and you can indeed consider it if you want aggressive task management. 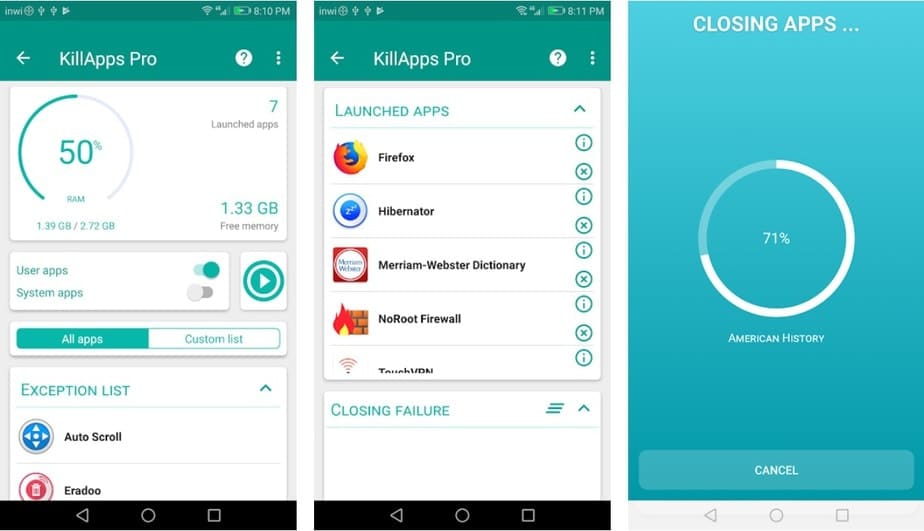 KillApps offers effective management of your apps, which makes it one of the best task killer app on Android. This app comes with a single tap task killer, which allows you to kill all the apps with a single tap. The best thing about KillApps is that it works flawlessly for all apps, including system apps such as Google Play and others. Also, it comes with the exception list where you can easily whitelist all the essential apps such as email, alarm, WhatsApp, and others to make sure that they keep working while KillApps are shutting the other apps. The app also comes with the built-in RAM Cleaner and Game Booster, which are icing on the top. Overall, if you want a simple yet effective task killer app for Android, KillApps is a solid option for you. 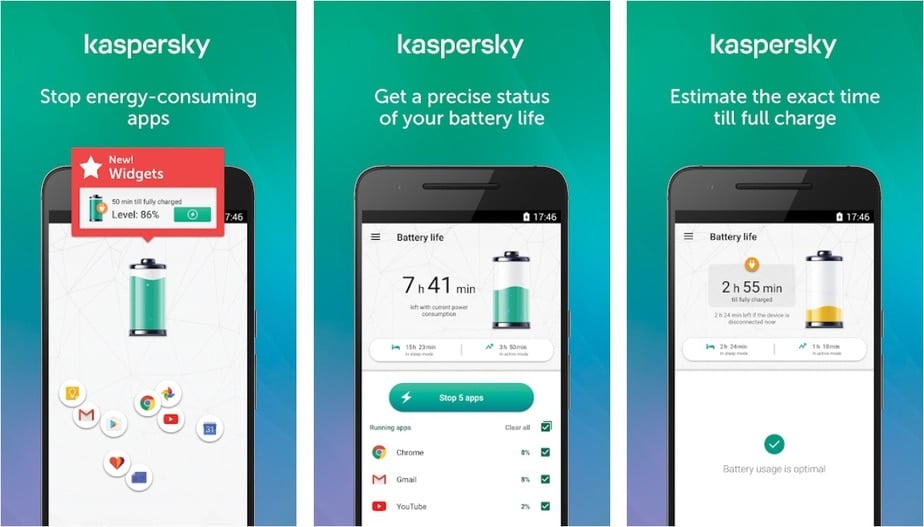 Kaspersky Battery Life is one of the best task killer apps for Android in 2021. It’s a comprehensive app with tons of functions, including task management, battery management, and more.

In the app, you get the dedicated tracker, which regularly tracks all the apps on the smartphone. And if any app starts draining the battery, it will let you know on time, and you can quickly disable it. In addition, it also provides detailed stats about the battery consumption of the apps. Moreover, it offers accurate battery life predictions based on consumption. Another highlight of Kaspersky Battery Life is that it is entirely free to use with no strings attached! 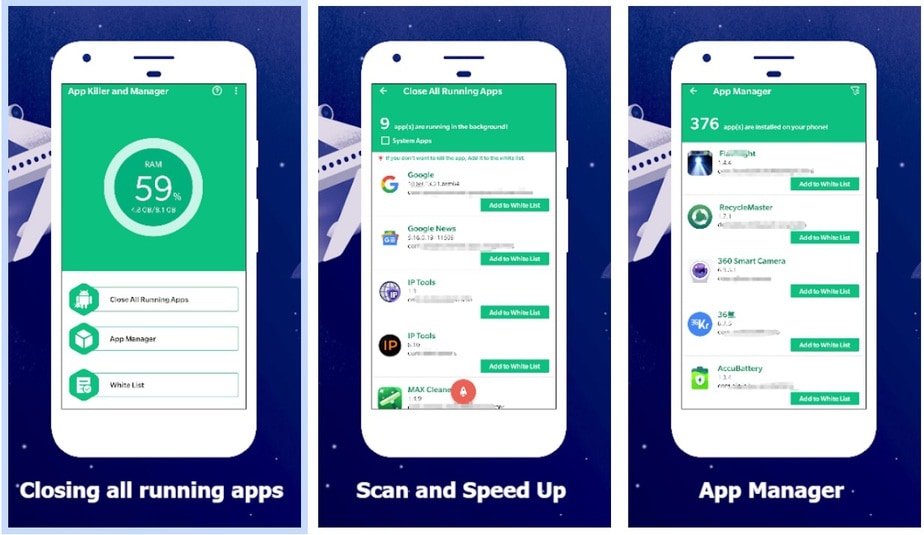 App Killer and Manager is another top-rated and popular task killer app that can help you get better battery life on your smartphone. As the name suggests, this app allows you to stop all the services, tasks, and apps running in the background with a simple tap.

This app also provides detailed information on all apps that hogs your phone resources, so you can take measures to disable or uninstall them. It also comes with a built-in memory cleaner which allows you to clear the memory by killing all the apps running in the background. Overall, if you want an intuitive task killer app, you can’t go wrong with App Killer and Manager.

We highly recommend these 5 best task killer apps for Android. All of them offer effective task management and provide some additional features of their own. Also, don’t forget to visit our website for more helpful guides.