There is a lot of diversity within the gaming community for both the people in it and for the games that they enjoy. One example of a game with a loyal following is turn-based RPGs. If you’re looking for new turn-based RPGs to download on your phone to pass the time or to entertain yourself, we’ll be outlining the best ones for you to choose from. These RPGs will be available for Android phones.

You may also like: 5 Best Turn-Based Strategy Games for Android 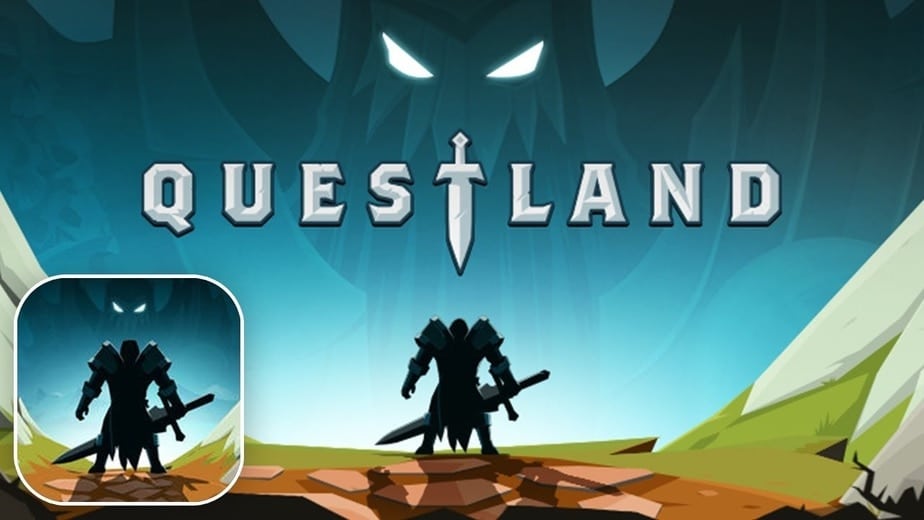 Questland is one of the most popular turn-based RPGs available for Android today. Many users love Questland because of how comprehensive and engaging the storyline is, which is great for players who want to be immersed in the games that they play. As a player, you can customize the main character you play as, giving a lot of freedom for your creativity.

The storyline also makes way for the other characters in the game to undergo comprehensive storylines and development. This goes in line with developing their skills and talents as they progress in the game. This will make them more powerful, and will therefore help you as you proceed in the game.

Questland includes different kinds of gameplay such as PVP Arena battles and PVE campaigns. There is also a guild system where you can join different guilds with other players of Questland to beat bosses together. There are other features like weekly battle events to win rewards.

Another popular turn-based RPG game is Tales of Crestoria. This game is developed by a Japanese company and features intense action coupled with an immersive storyline. Tales of Crestoria follows two main characters, Kanata and Misella, who protect each other by committing crimes. As a way to find peace, the two characters go on a journey together. As you play the game, you are tasked with killing the monsters that you will face.

The combat in Tales of Crestoria is turn-based, and you will also be tasked with unlocking different skills for your characters.

LEGO Legacy is one of the best turn-based RPG games for Android. As the name suggests, this game comes with LEGO heroes. So if you are a fan of LEGO Minifigures and sets, you will love this game.

If you’re a fan of LEGO figures and playsets, you’ll most likely enjoy LEGO Legacy: LEGO’s take on a turn-based  RPG that features LEGO heroes as the characters. The gameplay of LEGO Legacy is quite simple, but it’s still action-packed because of the variety of characters that you can choose from and develop. Each hero has their own abilities and powers, and you can battle enemies with other players.

There are other features that encourage multiplayer gameplay such as guilds where you can connect with other players, and it also has PVP features where you can battle teams of players with your friends. Overall, if you are a LEGO Fan, LEGO Legacy is a solid option for you.

A new approach to the turn-based RPG genre is Darkest Rogue, a newly released game with unique graphics and gameplay. Darkest Rogue features two different graphic styles that you can choose from: Pixel or 3D graphics. It’s completely your choice on what kind of graphics you want to have your game set in. Darkest Rogue’s look and feel can be compared to 90s arcade games, making it feel nostalgic.

The game puts you in the shoes of the hero who is currently imprisoned. The goal of the game is to use the hero’s skills to defeat the enemy bosses in the environment. If you want a new and refreshing take on your turn-based RPGs, consider downloading Darkest Rogue.

Traitors Empire Card RPG is another unique game because it combines two popular gameplay features in games: turn-based combat and strategy, and card deck building. In this game, you are tasked to unlock new heroes with different powers and talents, and you will be playing the role of an adventure manager.

The heroes’ cards are used for turn-based combat, and you will strategize on what cards to use to defeat your enemies. You can also participate in not only PvE combat but as well as PvP combat. The game also features other kinds of events as a way for you to earn more rewards. If you’re a fan of both turn-based RPG and deck-building games, give Traitors Empire Card a try. 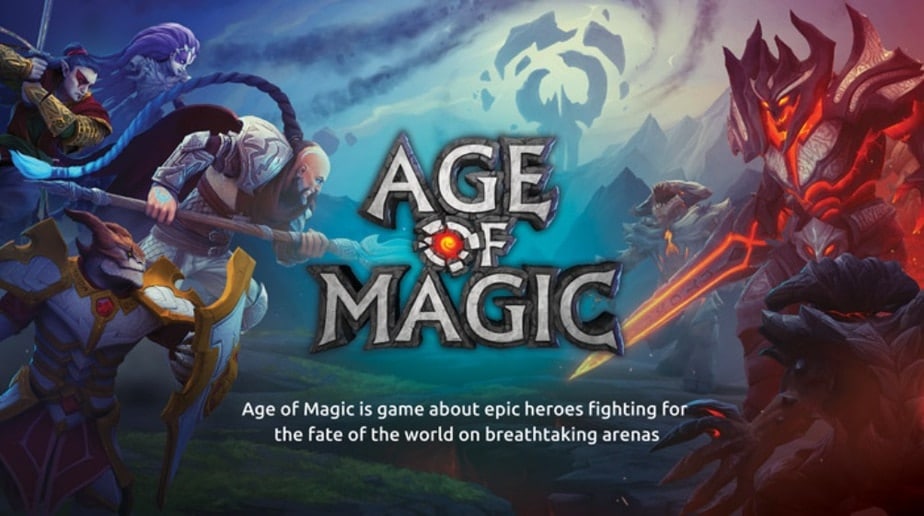 Age of Magic is arguably one of the most popular and best turn-based RPG games for Android. The game is set in an ancient world where legions of heroes collide with each other to achieve their goals.

Age of Magic is another popular turn-based RPG available on Android phones. The setting of the game is in an ancient world where all kinds of heroes interact to accomplish different objectives.

In Age of Magic, you are going to be assembling a team of 5 heroes, all of which have unique abilities. There are 60 heroes to pick and choose from, so you can build your teams according to what strategies you want to play.

The game features different game modes where you can play to complete campaigns that will forward the story of the game. You can also participate in PvP battles to test your combat skills against other players. If you want to paly an RPG that tests your strategy and game skills, give Age of Magic a try.

The seventh game on our list is an RPG called Terrmorphers. This is another popular turn-based RPG game that has a lot of content that you can consume. Terramorphers features a lot of content, which can keep you engaged and entertained for a long time.

In Terramorphers, you can choose from over 100 skills that will be used to shape what kind of playing style you want. This mechanic also makes each and every player unique. After developing your skills, you can participate in PvP matches and win rewards from each battle. Terrmorphers also features a Raids system, where you defeat different monsters and enemies in different waves. Finally, there is a Tower of Power game mode where the further you progress in battle, the higher your ranking and the better loot you get.

If you want a turn-based RPG that has a lot of content that you can play with, Terramorphers is a solid option for you.

Rivengard is another high-quality RPG game that features pleasing graphics and excellent gameplay. Like other RPGs, you choose different heroes that have their personal unique skills that will be used in combat. You will then use these heroes in different battles, which will test your strategies for combat. If you want a well-designed turn-based RPG game, Rivengard is a great option for you.

Another popular RPG is called Fantasy League, and it mirrors the classic turn-based combat everyone knows and loves. Fantasy League follows 6 guardians who are based in the Land of Gaia. Your goal as the player is to assist these guardians in conquering the 6 Lords of the Land. You will do this by overcoming different obstacles and defeating enemies with turn-based combat.

Fantasy League allows you to explore the game’s world through different campaigns. You can also engage in PvP battles, where you can test your combat skills against other players of the game. Finally, Fantasy League also has guilds that you can join together with other Fantasy League players. 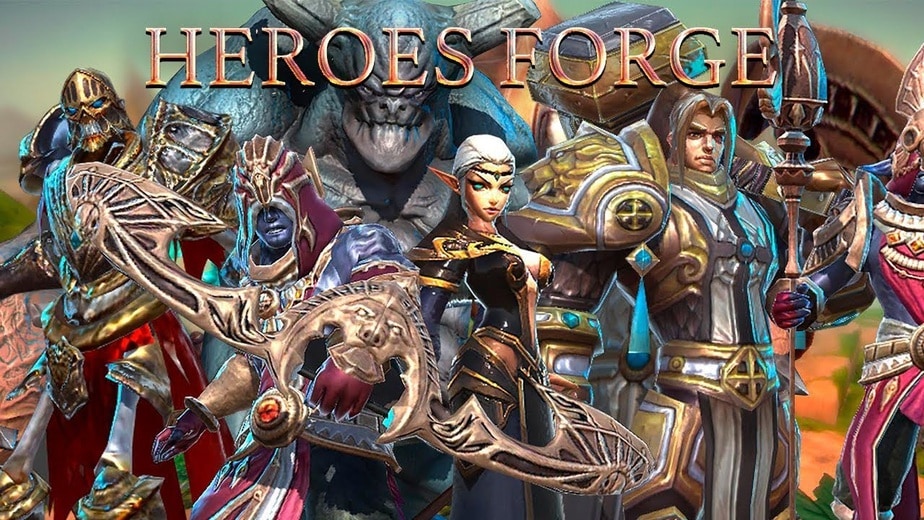 The final game on our list is Heroes Forge, which is another comprehensive RPG action game with a number of unique features. Heroes Forge features a lot of action and combat opportunities. As a player, you will need to create your ideal team based on the game’s selection of heroes with different skills. It also includes a PvP arena where you can compete and battle against other players. Finally, there are all kinds of quests, bosses, and dungeons that you can try out to earn bountiful rewards.