Videography is a common thing on the internet nowadays. Videos that go viral are those with stunning and striking effects. Every movie clip you see on a screen, big or tiny, has been embellished with the help of a professional video special effects app. Some time ago, if you need a fantastic video aided with great effects, you need to hire professionals.

However, thanks to cutting-edge technology and the powerful applications that developers are creating these days. Even a beginner may make high-quality results on their smartphone with the help of all the options and capabilities that these most recent software programs offer.

Having said that, you will learn about some of the top iOS apps for adding special effects to your films in this article. 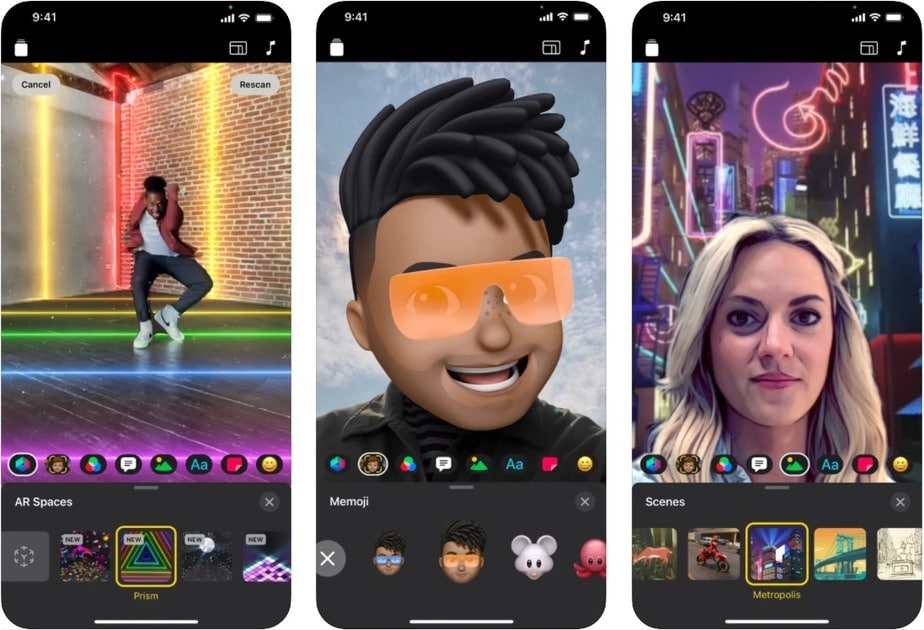 The first app on our list is from Apple, called Clips. Users can produce short video clips of themselves with lots of effects using clips. Particularly when used on more recent iPhones that allow emojis, Clips is entertaining. The app’s built-in and numerous freely downloaded special backdrops, color and effect filters, live Titles that give the clip a closed caption effect, amusing stickers, and word bubbles are a few of the effects that can be applied to clips.

Although some effects won’t work with live filters and custom backgrounds, Apple Clips is entertaining and simple to use. Additionally, it lacks timelines, which would enable video clip editing. Any modifications must be re-recorded or imported into another program. Nevertheless, Clips is included on this list of the top iPhone video special effects applications because it is easy to use, fulfills its purpose, and does it successfully. The best part is that it is free.

iMovie is another top-notch app perfect for adding special effects to videos. Users of iMovie are free to edit their video clips in any way they see fit utilizing the time-tested timeline method. Additionally, iMovie is easy to use because Apple always keeps its products basic. Video filters, animated titles, special effects themes, and personalized backdrops are all available in iMovie. Users can also add and alter focal points, speed up or slow down the footage, and edit or trim their recordings.

Green screen, picture-in-picture, soundtracks, sound effects, and compatibility for 4K at 60 frames per second are additional features. All for the low cost of nothing. 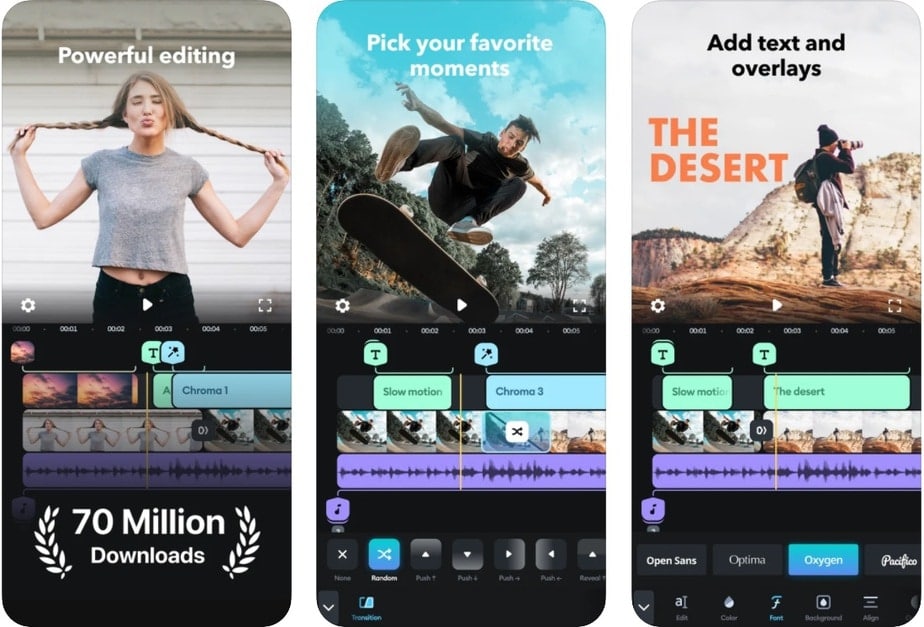 Due to its simplicity of use, Splice by Bending Spoons Apps has consistently been rated as one of the top video special effects apps for the iPhone. When using Splice correctly, the finished videos rarely differ from those that were produced on a PC. Users of Splice have access to tools including video clip trimming, playback speed adjustment, video overlay creation, brightness, and exposure adjustments, masking for amazing effects, backdrop replacement, filter application, transitions, title and text overlay creation, and masking for video clips. Following editing, the video can be readily uploaded to other video editing programs like Final Cut Pro or shared on different social media platforms. Splice can play videos up to 4K at 60 frames per second.

On your iPhone or iPad, Splice makes it simple to build personalized, professional-looking films. Imagine a desktop editor that was mobile device optimized for performance. For stunning videos, you’ll want to share, tap to cut footage, add slow-motion effects, and overlay many clips. Never before has editing on the go been so simple. 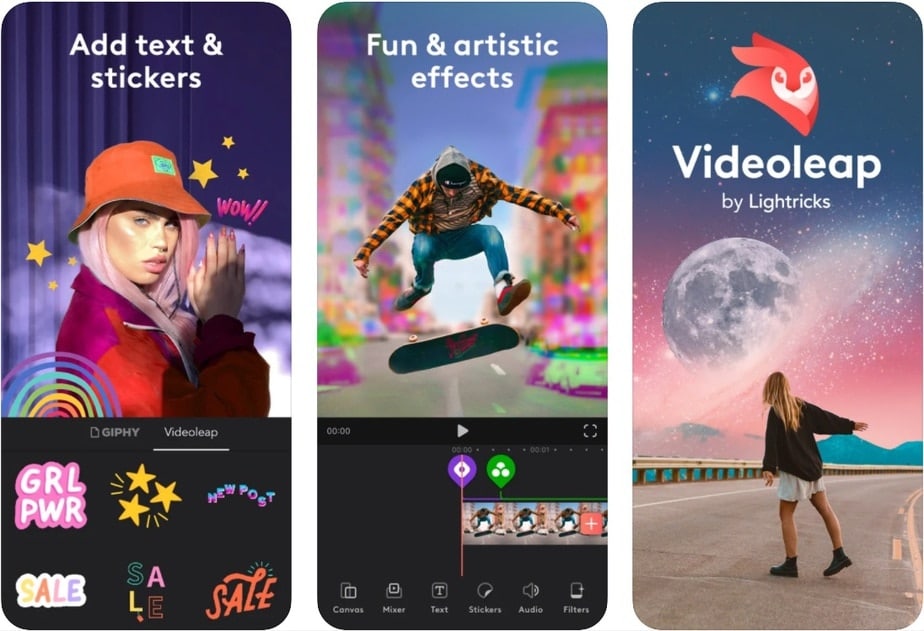 A fun and effective video editing tool called Videoleap. It’s a professional video editor, like Splice, but of course the greatest for that ideal Instagram post. There are many capabilities offered by Videoleap. These are the ability to combine movies and photos. Also, it features layer-based editing, clip transitions, special video effects, sticker support, text titles and overlays, configurable filters, green screen/chroma, clip trimming/split/duplication/mirroring, and many more.

Expect some commercials on Videoleap that you’ll have to wait a few seconds to clear as it is not fully free. The momentum of producing content could be affected by such. Videoleap, however, can create videos without watermarks. So for a better experience, career users should subscribe now. Additionally, Videoleap permits the incorporation of background music for your project, in contrast to Splice. 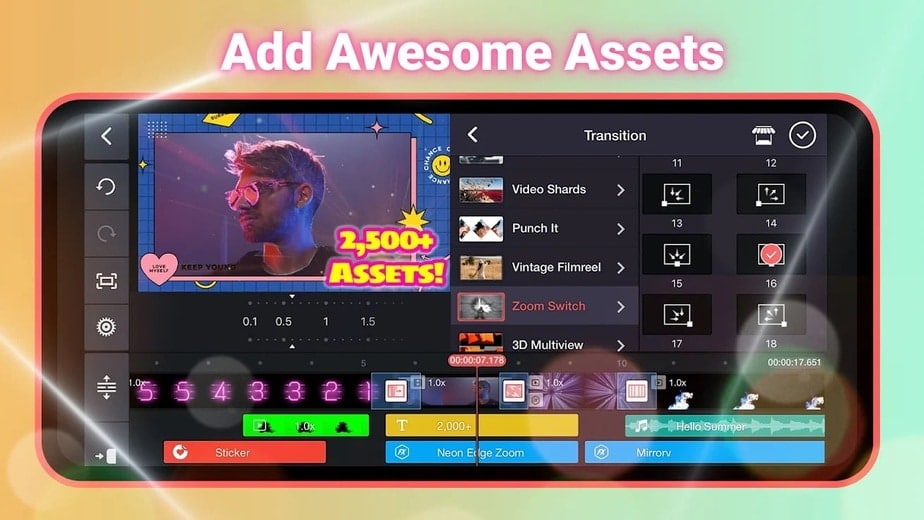 The interface on Kinemaster is a little different but still simple. Over 300 pre-made projects that can be modified and edited are available in Kinemaster. These are along with tools for cutting and splicing videos and many stock clips. Other features include the ability to add stickers, titles, text overlays, dozens and dozens of transitions, and effects. It also can reverse, speed up, and slow down video clips, color filters, color modification, and much more. Videos can be shared straight to many social media platforms in up to 4K resolution at 30 frames per second. 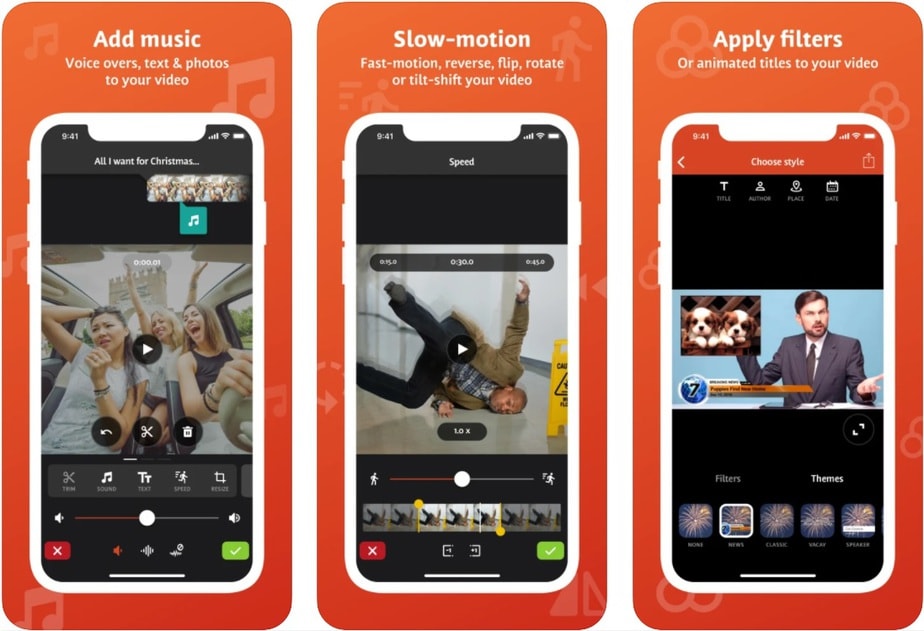 Videoshop is a video editing program. It’s not entirely free because some filters and features require a subscription. The app can be utilized without any advertisements interfering otherwise. Videoshop is like the other apps on this list of the best video special effects apps for the iPhone. It has a ton of filters, backgrounds, and effects that should liven up any video. Other features include slow-motion, speed motion, reverse motion, transitions, animated titles, and text overlays. It also has picture-on-picture, stickers, sound effects, and voiceover. A key feature of Videoshop is the ability to adjust the video’s contrast, brightness, hue, and saturation in real time for the finest visual effects.

On videos created with Videoshop, a watermark will appear that can be erased by giving the developer a like on Facebook and Instagram or by subscribing to the Pro version. Additional filters and effects will also be unlocked by purchasing the Pro edition.

InShot is a fantastic Video Special Effects app that works well with iPhones. Like Splice and VideoLeap, InShot includes a user interface that is quite straightforward. The use of many cinematic filters and effects enhances videos. However, some stickers and effects are locked. Additionally, Inshot offers video zooming, rotation, animated text and title overlays, emoticons, adding music and voiceovers, different transitions, green screen, and chroma. Users who want to take full advantage of Inshot will need to subscribe. To remove advertising and watermarks and access more effects and filters. Up to 4k and 60fps can also be exported via Inshot.

You get access to all features and premium editing tools, such as sticker and filter packs, with an InShot Pro Unlimited membership. Advertising and the watermark will be immediately removed.

Glitch Studio is a straightforward video editor that gives captured photos and video filter effects. These filters can either be adjusted individually or pre-defined. Only four pre-defined filters are available in the free version. But the customized effects offer some flexibility. Additionally, there are a ton more set adjustments and additional special effects in the Pro edition. Along with many color filters, Glitch Studio also offers additional if you upgrade to Pro.

There are further effects for sharpening, blurring, brightness, and contrast. The Pro edition can adjust speed, warmth, hue, vividness, and saturation. The effects indicated above can be applied by users thanks to Glitch Studio’s user-friendly interface. Stickers, texts, names, and emoticons are not available for Glitch Studio, in contrast to the other items mentioned above. It’s a basic tool for adding filter effects to videos, albeit the other features would make it more remarkable. 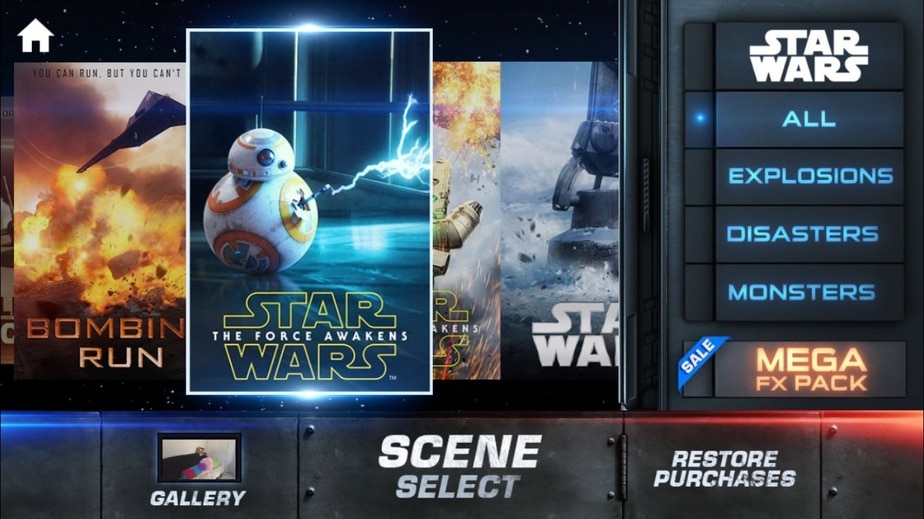 It is straightforward to understand and utilize. Users only need to choose the effect and point the camera in the direction they want it to appear for a short while. A missile strike, a robot assault, a meteor explosion, an avalanche, or even a big spider are among the effects that can be used. Just the free effects are offered. As previously stated, the app would be a lot more enjoyable if all effects were unlocked. Sadly, it does not support pre-recorded videos. The app demands that the video be made using the app.

You may also like: Live Anime Wallpaper Apps for iPhone

After editing, effects are crucial for improving your video’s aesthetics. The special requirements you’re trying to meet will have a big impact on the effects you use for your video. You may download a lot of apps from the market, and some of them have built-in effects that you can use to personalize your movie.