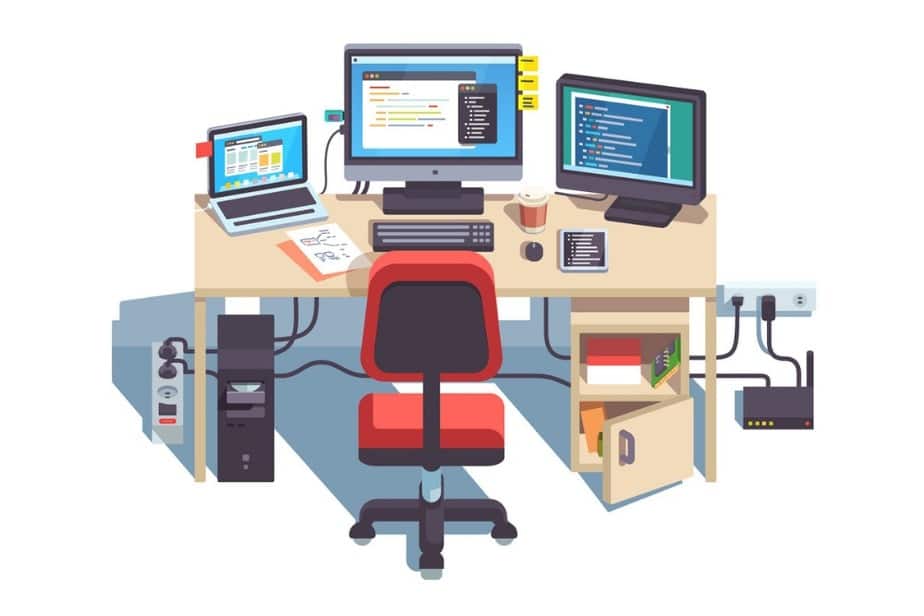 It is not uncommon for computer users to have two computers: a desktop PC, a laptop, or even a secondary computer. The problem with using multiple computers is that each one has its own keyboard, display, and mouse or touchpad, making it difficult to collaborate. A KVM switch, which is a piece of hardware that makes things easier, can help you. This allows you to use a single keyboard, mouse, and monitor across multiple computers by pressing a physical button on the keyboard to switch between computers.

A software-based KVM switch is another type of KVM to consider. There is no need for any additional hardware, and the installed software handles the switching automatically. A software KVM switch operates through the local network, which means that all of the computers you want to control must be connected to your LAN for it to function. On the other hand, software KVM switches typically do not support display switching. They are only functional for the keyboard and mouse. KM switches are what they appear to be.

Simply install the software on each computer. Configure which computer connects with the keyboard and mouse that you want to use across all of your connected devices. Then, simply moving the cursor off the edge of the desktop allows you to transition between computers seamlessly. Listed below are five free virtual KVM software switch programs that can be used to share your keyboard and mouse in order to control multiple computers simultaneously.

In this article, I am going to tell you about the Best Virtual KVM Software. I am sure it will be helpful for you when you read them one by one. 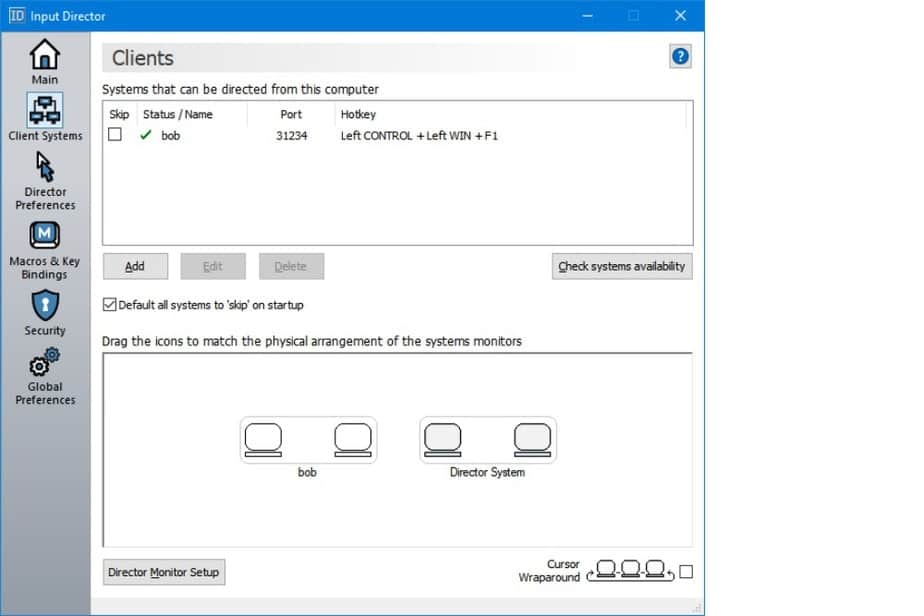 Input Director is a free Software that has been around since 2007. It is compatible with Windows versions ranging from XP to Windows 11. It appears that Input Director will be more difficult to set up and use than the other software on this list. But in reality, it is not nearly as difficult as it appears. For power users, there are many configuration options available. But for most people, these will likely be the only ones they need to alter.

Input Director has several useful features. Including transition options, shutdown/screensaver/lock sync, multi-monitor support, a desktop information window, custom macros and key bindings, the ability to sync system mouse and keyboard settings, and the ability to reflect the input. It also operates as a service, so that UAC is not a disadvantage when using it.

2. Barrier (based on Synergy)

Synergy’s software for sharing a mouse and keyboard is well-known, though it can be a little confusing at times. The software Synergy is being published as freeware. Then as shareware, and finally as open-source software that you must compile yourself while remaining shareware. Thus, Synergy has gone through several phases over the years. Barrier is a utensil of Synergy v1.9 that is entirely free, open-source, and supported by multi-platform, and it eliminates all of the confusion.

Because Barrier looks and functions the same way as Synergy, previous users will feel right at home. The interface and configuration options are primarily the same as in the earlier version. When the program is first launched, a setup wizard will appear, allowing you to choose whether the computer on which the program was installed will serve as the server or the client. The server computer has the keyboard and mouse connected and can share the resources with another computer. Barrier has various other configuration options, including clipboard sharing, elevation, dead corners, modifier keys, switching, hotkeys, drag-and-drop, SSL, and logging. 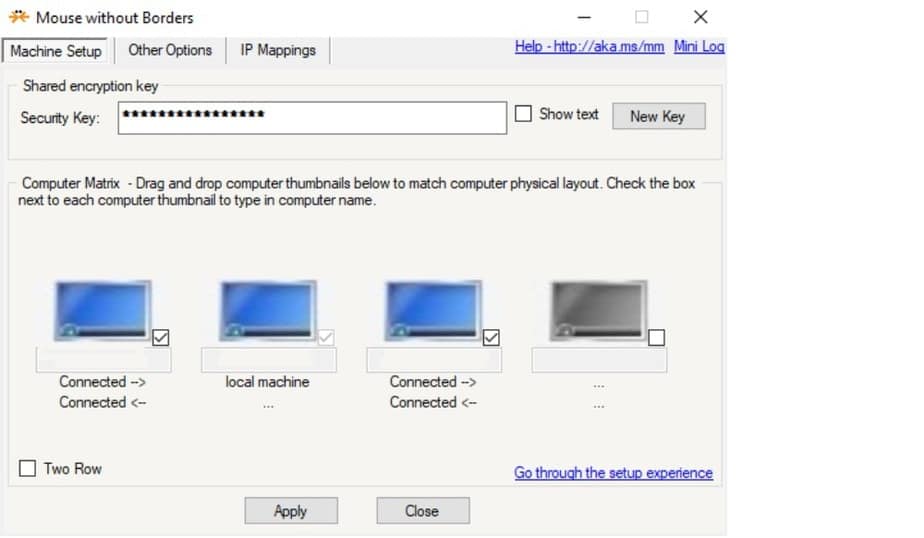 The Microsoft Garage is the source of the Mouse without Borders. This is a distribution of Microsoft that enables employees to build and work on projects that are not directly related to their official jobs. One of Truong Do’s creations, Mouse without Borders, is entirely free and can control up to four computers with a single keyboard and mouse. In addition, it is entirely compliant with all versions of Windows, from XP to Windows 11.

Mouse Without Borders also supports drag-and-drop and clipboard functions, but both have limitations as well. Because you can only transfer files, not folders, a folder will need to be archived before it can be transferred. There is also a limit to the number of files that can be transferred at once. File transfers are only permitted in one location: a default folder on the desktop named “MouseWithoutBorders.” No other locations are permitted for file transfers.

There are a number of configuration options in this virtual KVM software, although the majority of them are not necessary for most users. For example, it is possible to edit keyboard shortcuts, block screen corners and screensaver, share the clipboard, disable Easy Mouse, and wrap the cursor around the screen. If the program is having difficulty locating other computers on the network, the IP Mappings tab may assist. 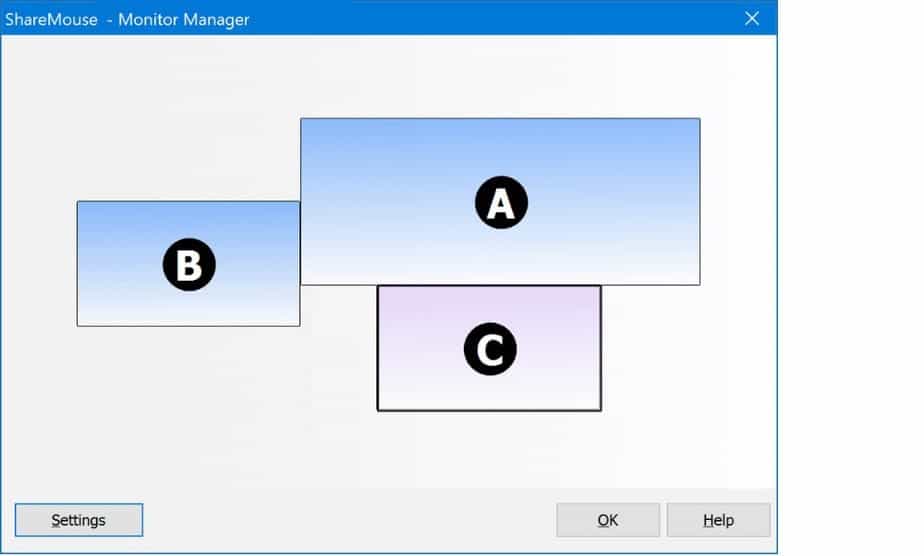 ShareMouse has been there for several years. There are freeware and paid versions available, both of which is recommended for non-commercial purposes. The best features, such as drag-and-drop, remote lock/screensaver/shutdown, password protection, switching prevention, and use on more than two computers, are designated for the paid versions. One of the advantages of ShareMouse is that you can choose between a full installer and a portable version designed for use with USB flash drives. If you have UAC enabled, the installer is recommended. Because ShareMouse can be installed as a service, which can help you avoid permission issues. Please make sure that if you are using the portable version and UAC is enabled, then you should run Sharemouse.exe as administrator.

You are free to use the free version of this virtual KVM software for as long as you want without any restrictions. However, the program enters Demo mode if you enable a paid feature or connect more than two computers to the same network. This allows you to use the paid features for 20 – 30 minutes before ShareMouse displays a message and disconnects you from the network. In order to proceed, you must restart the program on all of the computers. If you want to avoid this, avoid using any of the demo features. 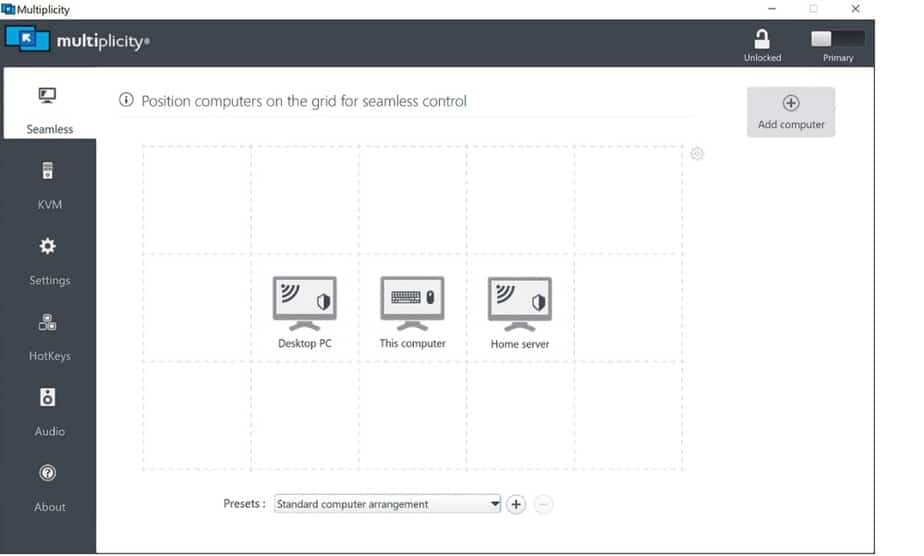 Multiplicity is very popular for being a simple virtual KVM software to set up and operate. It also has some unique features. Shared unlocking, audio sharing, and the full KVM mode, which allows you to control mice and multiple keyboards from a single PC. Unfortunately, Multiplicity is now shareware, and there is no free version available, only a trial version.

It used to be possible to download a limited free version of Multiplicity, which was first released in 2012. Version 2.01 is available for free use on one primary and one secondary computer. There is no drag and drop or clipboard support, and there is no encryption or shared locking. It was not yet possible to use KVM mode or switch between audio channels. We tested version 2.01 on the most recent version of Windows 10, and it appeared to function flawlessly. Several configuration options, including displaying a status window, dimming the inactivated screen, disabling num lock sync, and hotkey switching, are available. The shifting based on the mouse movement option window contains a number of valuable settings. This includes the ability to wrap the mouse movement around the grid. Also, disable switching in the screen corners when a full-screen application is running.