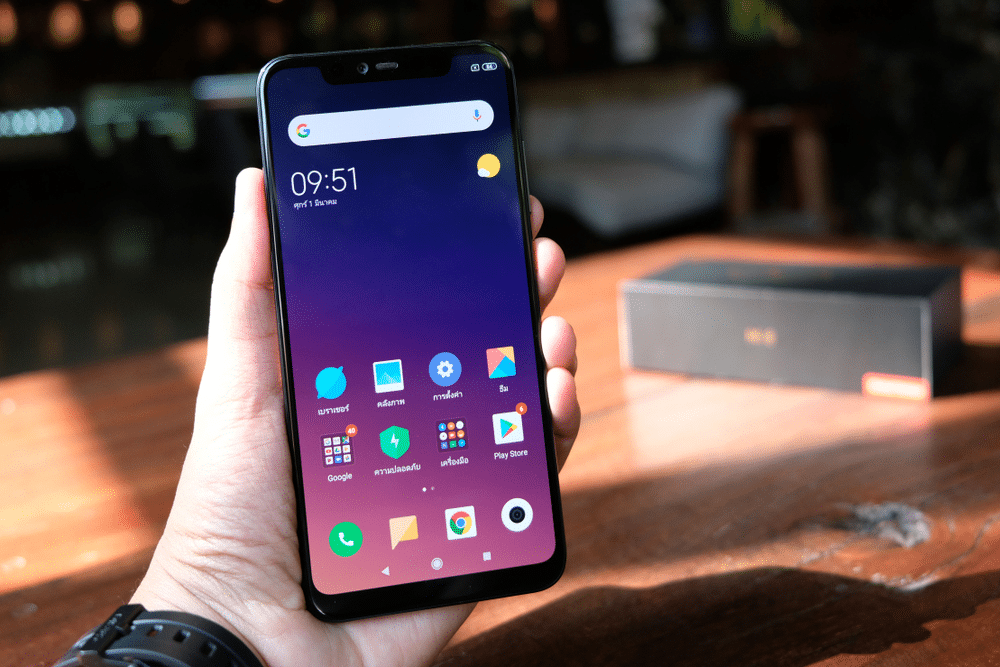 Android Launchers are essential to smartphones powered by Android operating systems. It is the most basic tool used for customization of Android phones. With Android launchers, users can alter the whole appearance of the screen and its related controls. Of course, we all love that our gadgets appear and behave in our own personal terms.

What are the Most Customizable Android Launchers?

There are a lot of Android Launchers ranging from the most basic to the most comprehensive. And we’ve listed the top best in here. 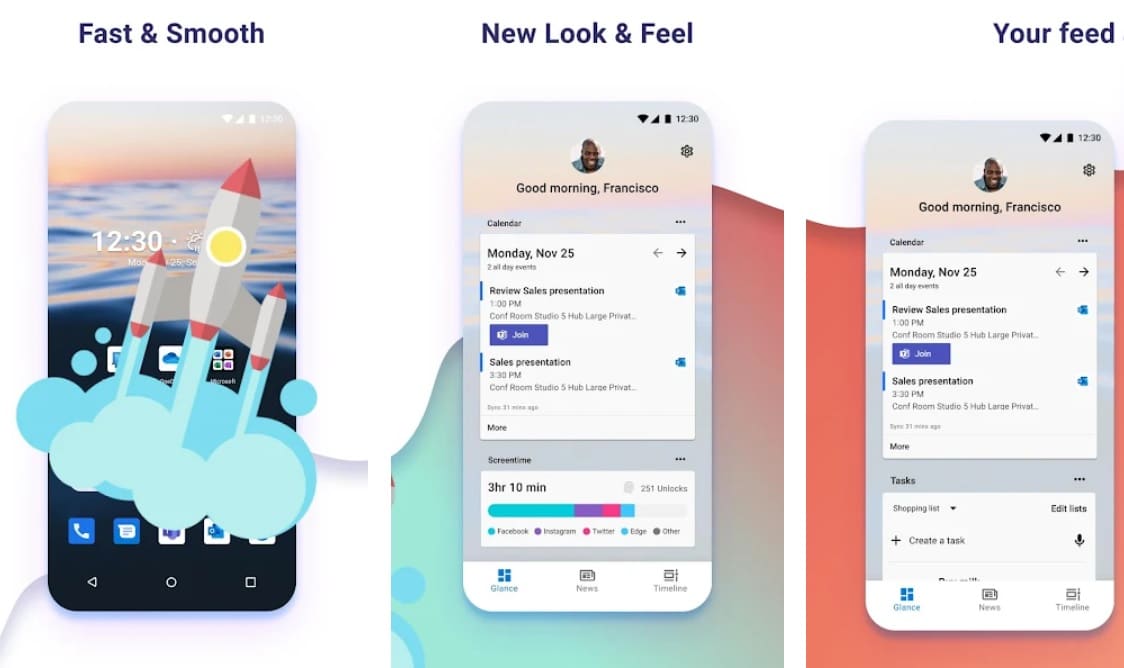 Microsoft Launcher is one of the top popular ones because it is developed by Microsoft. It comes with so many integrations from other Microsoft applications. Some of these incorporated services are email, to-do-list app, and calendar. It can also directly integrate with PCs powered by Microsoft.

Microsoft Launcher has many attributes for customization. The app allows users to customize their wallpapers, icons and themes. It brings out a simple but sophisticated look for Android smartphones.

Microsoft Launcher, in general, is a great Android Launcher perfect for those users who like to integrate their phones into Windows PCs. 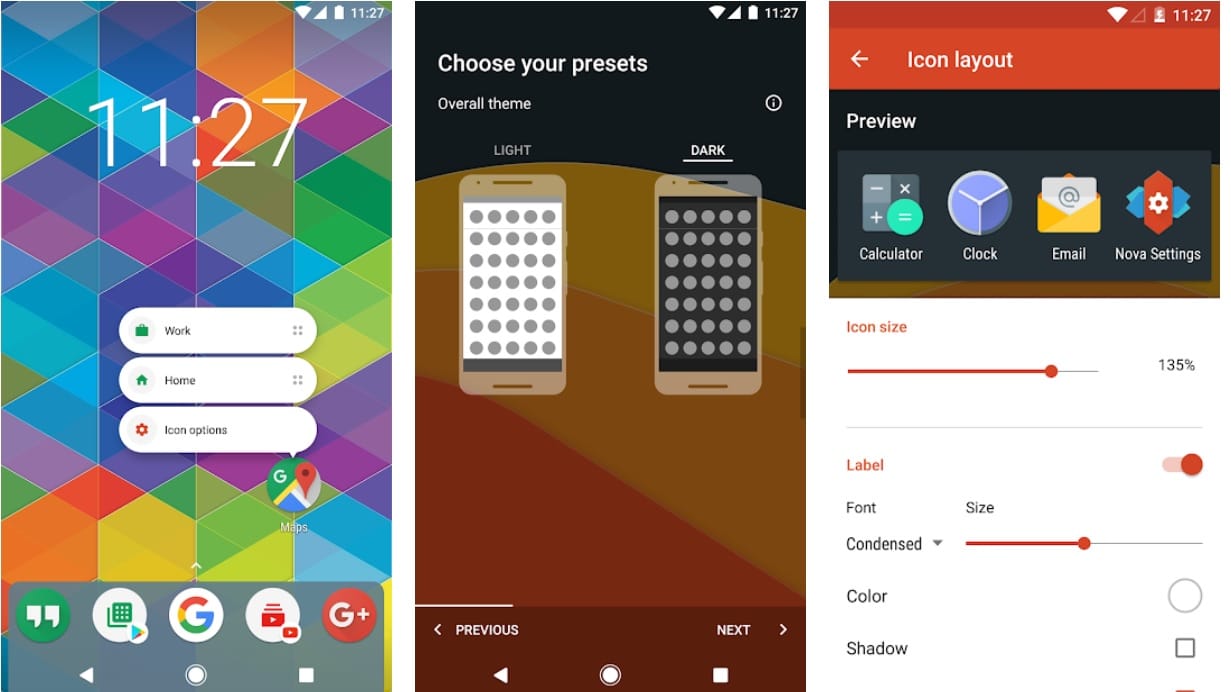 Nova Launcher is one of the first Android Launchers and it is still here to stay as one of the coolest Android Launchers. It offers numerous customization options that work effectively in revamping your phones. These options include icon package support and wide selection of themes. There is also gesture support and so much more. It comes with a backup and restore functionality that saves your layouts when you switch phones.

Nova Launcher is lightweight, responsive and very efficient to its goal. It provides sophisticated personalization through nominal performance impact. In other words, it gives your phone the utmost physical appearance without delaying its core performance.. 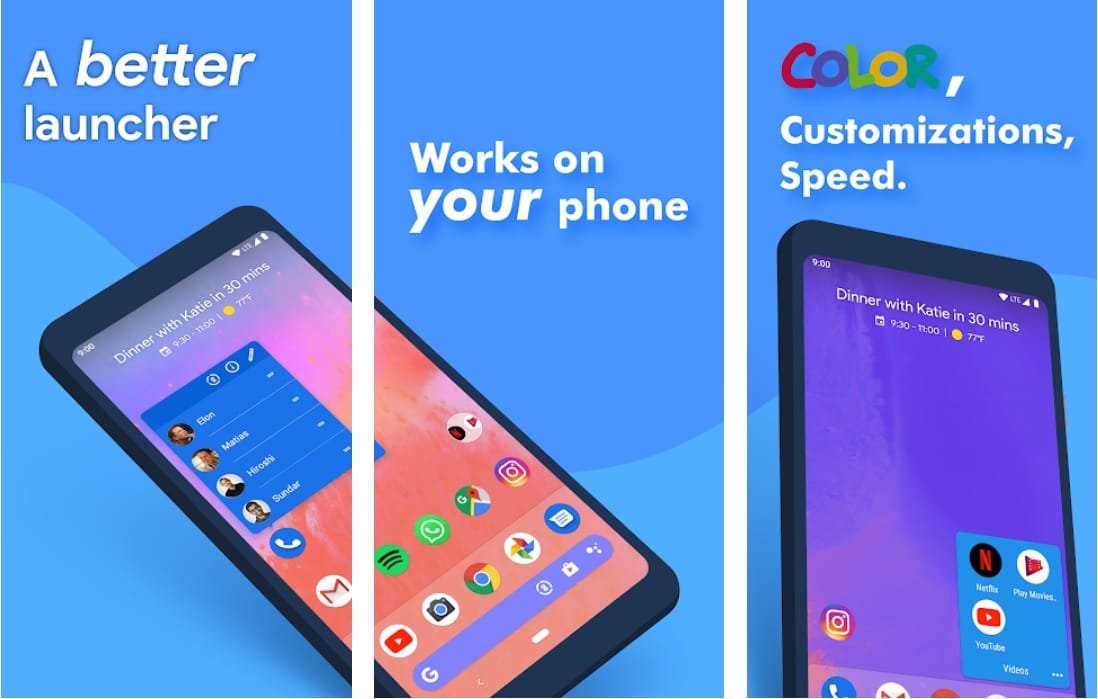 Another cool and customizable Android Launcher is Action Launcher. This launcher is pixel edition and is inspired by Stock Android. It features a convenient but sleek configuration.

Action Launcher comes in a free version. However, the power-packed features come with a price but no adverts.

Overall, whether you are using the free and paid version, you’ll get the experience of one of the coolest and most customizable Android Launchers. 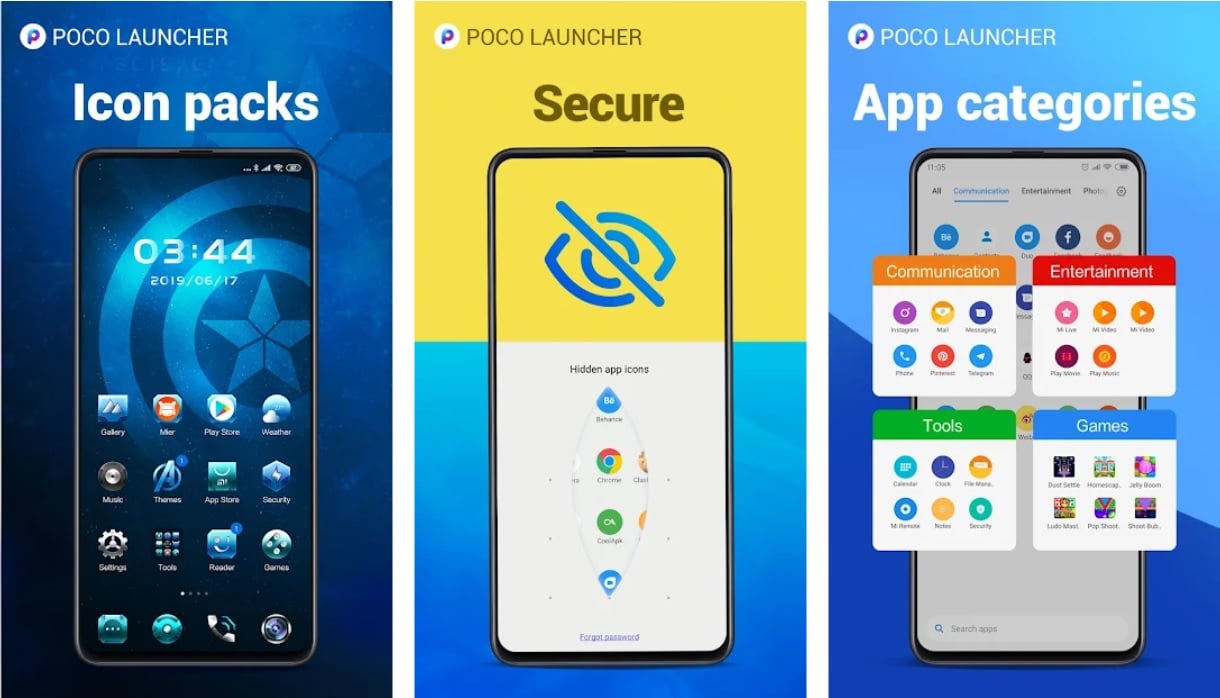 POCO Launcher was originally developed for Pocophones. But now it can work with any mobile devices running in Android. It features basic and major features that provide excellent customization options. These include transition effects, icon pack support, notification badges and custom-built screen layouts.

POCO Launcher has an intelligent app drawer. This comes with category tabs that directly sorts apps into groups of the same

It enables users to customize everything, with its excellent and secure functionalities. There is a search bar that provides results quickly and accurately. 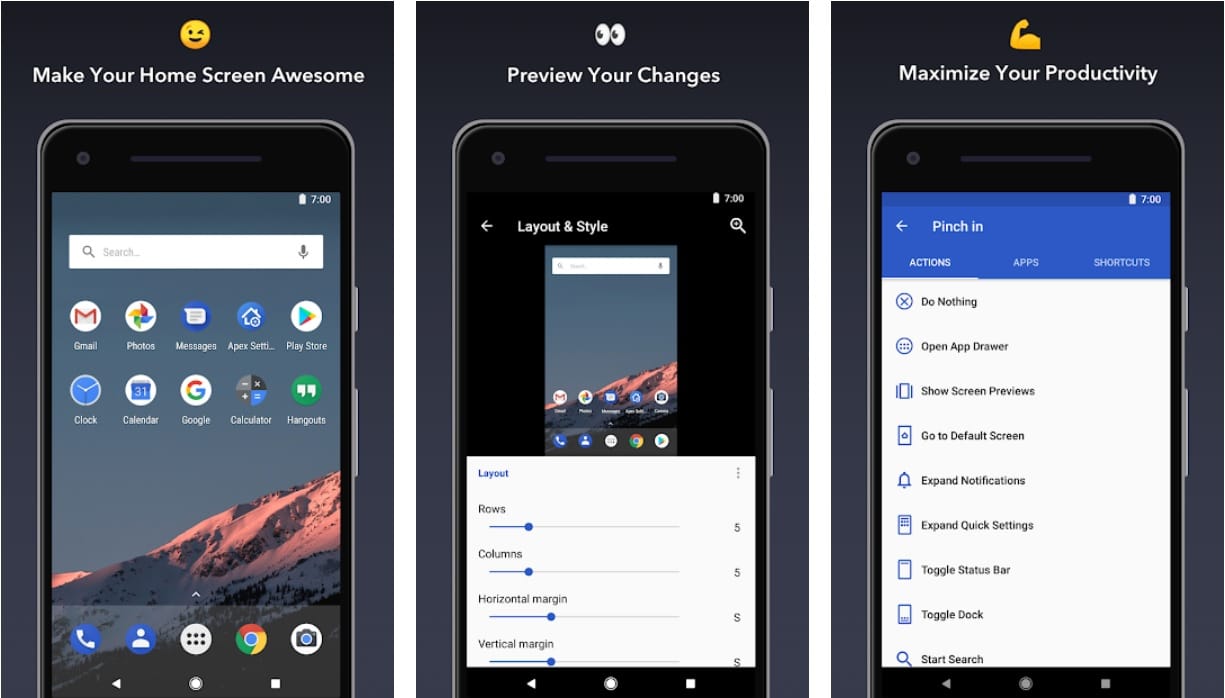 Another popular Android Launcher that offers cool customization options is the Apex Launcher. It carries various themes, icons, wallpaper and other design items that can elevate the whole screen appearance of your Android phone. Aside from these items, it also comes with a collection of 3D transition effects and gesture control for a more updated look.

Apex Launcher has an app lock property that enables users to securely lock the apps and access it through options like pattern, pin or password. This app has outstanding features on its free version. But if you want a full-pledge performance, then opt for the premium version. 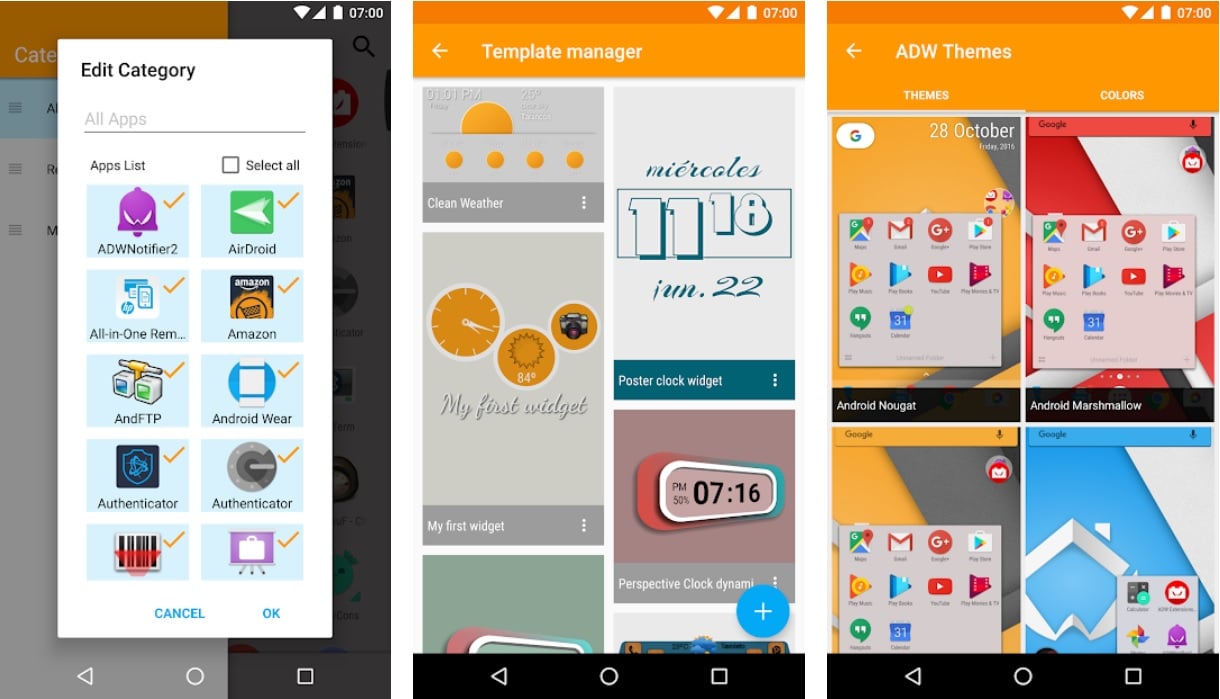 ADW Launcher is an Android Launcher known for its cool and high customization features. It comes with an effective and eye-catching user interface. The app has a wide selection of widgets, icons, themes, wallpapers and color combinations that are imperative to get a superior display performance.

ADW Launcher comes with several extensions as additional performance boosters. This app offers in-app purchases for more upgraded options. The free version of this Android Launcher does not come with nuisance adverts. It is one of the coolest and most customizable Android Launchers in Google Play. 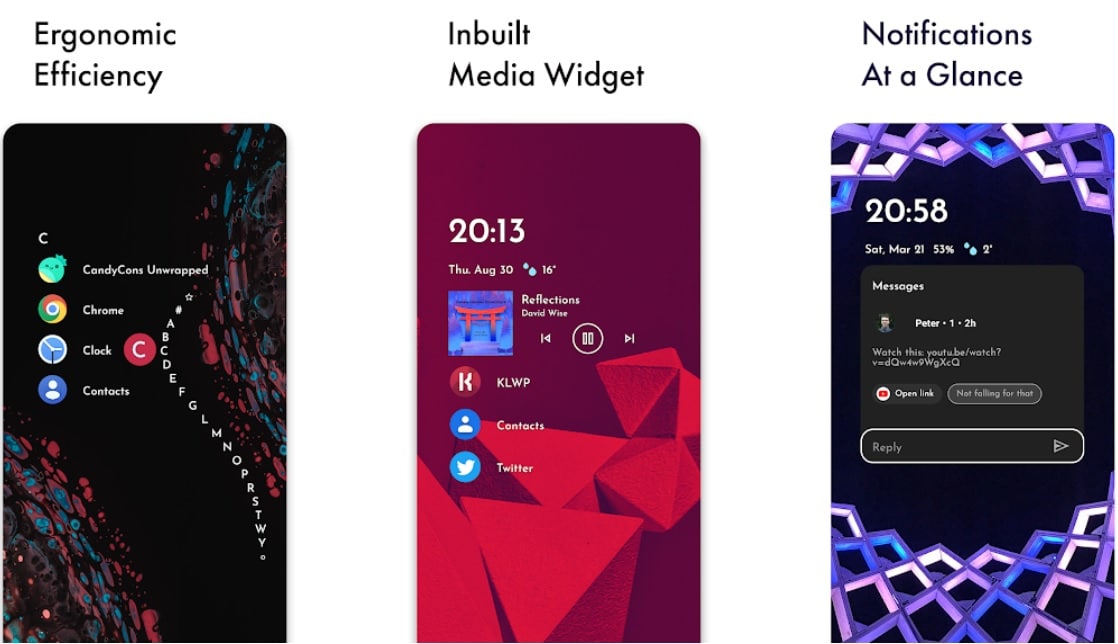 Niagara Launcher is another cool Android Launcher with a minimalist and straightforward user interface. Like the other Android Launchers, this one comes with full features for a superior quality when it comes to appearance and performance. It comes with a wave alphabet attribute that helps in finding items quick and easy.

Niagara Launcher also has the best variety of customization tools such as icons, widgets, fonts, wallpapers and themes, all necessary for personalization of Android phone home screens. This application, light and clean, it may seem though, is one of the most customizable Android Launchers. 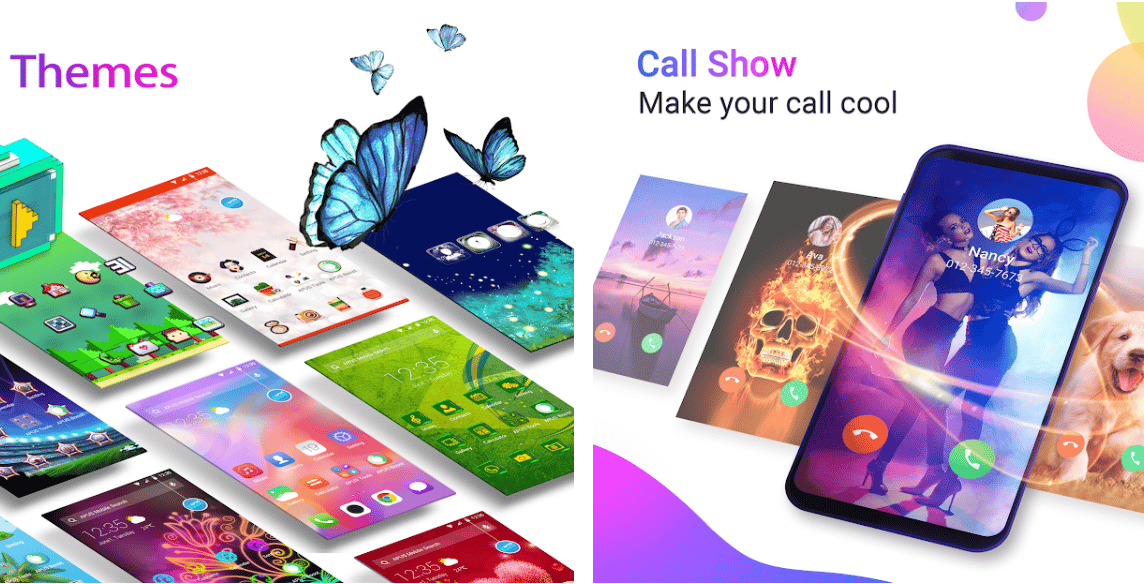 APUS Launcher makes it to our list of the coolest and most customizable Android Launchers because of its dynamic user interface and fantastic features great for customization. It contains so many astonishing themes from different categories that users will have a wide range of options to choose from. Aside from these, it also comes with special transition effects that will enhance the looks of your homescreen.

APUS Launcher is a small app but it is well-optimized and uses only minimal resources. That’s why it is a favorite of most Android users. 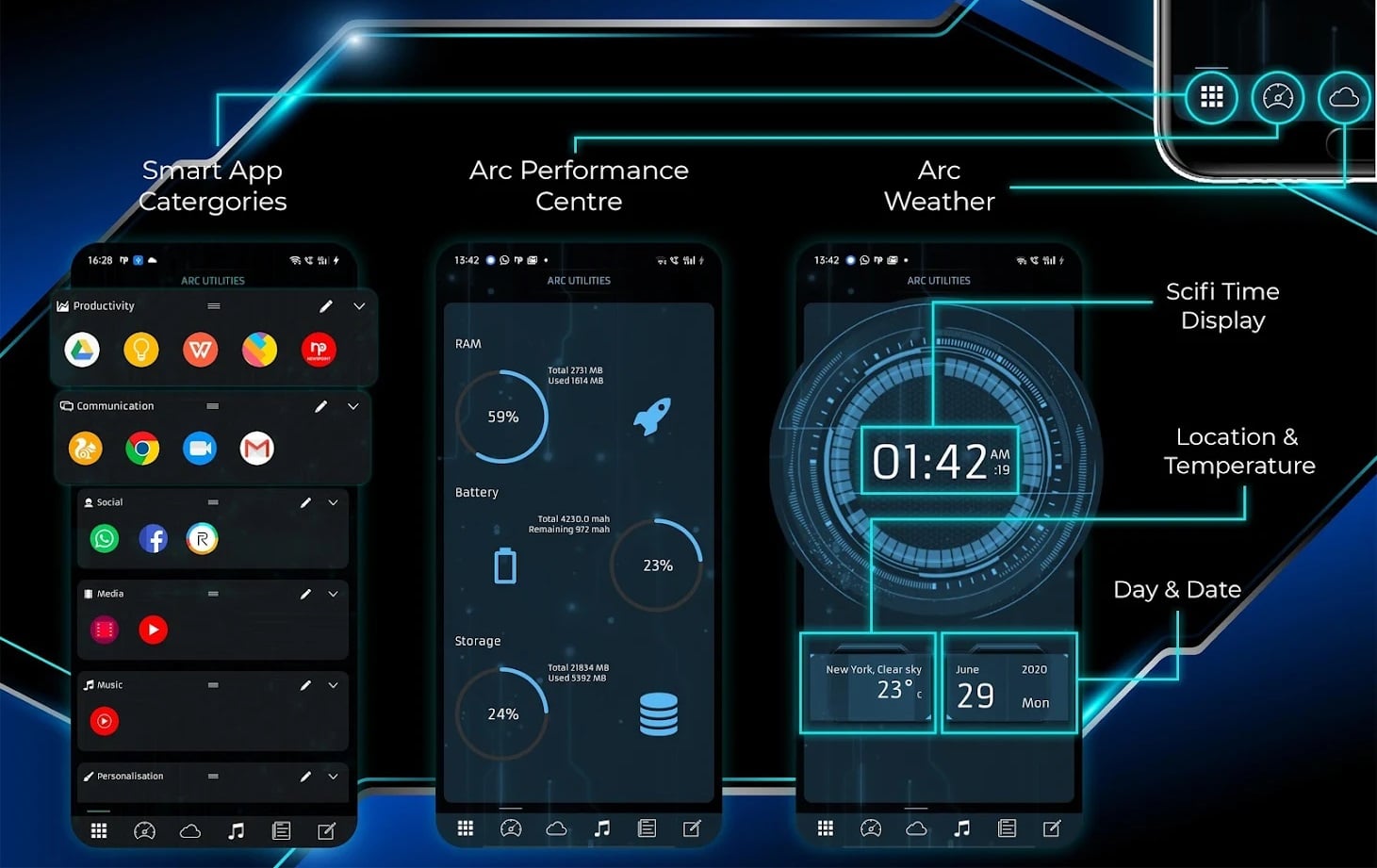 ARC Launcher is the Launcher for tech nerds. It comes with a high-tech looking user interface and countless customization options. There are so many cool and striking themes with 3D transition effects for a modern homescreen look. It also features revolutionary dialer, melodic sound effects, full pack icon support, and so many more. There is also an innovative Voice Assistant that you can use when you change themes, wallpapers, opening apps and others.

Android Launchers are among the important tools for a smartphone to function. It helps users organize their phone for easy and quick access. It also aids users in customizing their home screen for a more personal touch. All the coolest and most customizable Android Launchers can enhance your phone to a better one.