“I just finished shooting a video for a very crucial task that must be sent to the project manager tomorrow. But, in the process of editing, my device, unfortunately, shut down without giving any sign. To cut the story short, I turned on my device and tried playing the video, but all I can see is a black screen. Please, what might have been the cause of this error, and what video repair tool can I use to fix this issue?”

Video errors occur due to various reasons, whether due to malware attacks, mismanagement, device error, etc. However, irrespective of how a video file might have gotten damaged/corrupted, one priority will always be to recover the video at all cost, especially when it’s a video of memorable moments spent with families and friends or a big project.

Luckily, technology has come to our rescue for such disruption! Yes, today, we’ll introduce you to the best video repair tool that enables an easy fix of corrupted video files just within three clicks. So, read further to discover the unknown.

The Cause Of Video Files Loss/Corruption

As mentioned before, video errors occur due to various reasons. Below are the top 5 reasons why video files might get corrupted.

Malware/Viruses can have a very big effect on our data. If your video gets infected by a virus/malware, its file extension will be changed to unrecognizable data, thus, you’ll have difficulty processing or playing the video file.

Video files contain visual and audio data (header and metadata)! Hence, if these values get tampered with, without being reversed to their original format, your video files will get damaged, making them unreadable.

● Playing or Editing Video Via A Poor Third-Party Player

Playing or editing your videos using an incapacitated or malicious third-party video player/editor can badly damage your video files, as it might not have the required properties to manage/process the video files.

● Untimely Shut Down of Video

Videos are prone to get corrupted when they encounter an abrupt shutdown while being played. This is because such an event usually affects critical elements in the video files, thus, leaving them damaged.

What Can Video Repair Tool Do

Video repair tools are programs that can come in handy when the need to fix any kind of video-related problem arises. Efficient repair tools do this by downloading the corrupt video file, scanning it, and retrieving the audio and visual aspects of the video that is not damaged.

An efficient video repair tool can do the following;

● Fix corrupted video files without tampering with their quality.
● Fix videos that don’t play on media players like QuickTime or Windows media player.
● Speedily recovers lost video data like header and metadata.
● Repairs videos that a camera could not properly complete.
● Repair video raw files to make them play smoothly without lagging or buffering.

This tool boasts a clean user interface that makes it very user-friendly and easy to navigate without the need for any technical knowledge. Over the years, Repairit has been a powerhouse for videographers, photographers, and even companies as it allows easy recovery of both video and photo files without tampering with their quality. In addition, Wondershare Repairit supports two repair modes, which are advanced repair and quick repair.

Do you know another incredible aspect of it all? This tool supports an online version that allows users to fix up to 200MB of damaged/corrupt video files free and efficiently without passing through any signup process.

Advanced Repair mode enables users to efficiently fix badly damaged/corrupted video files by executing an in-depth repair on them. Plus, the addition of a sample file guarantees 100% success in repairing all damages in the video.

Repairit software has a very clean interface that allows users at all levels to access the technical details of their videos. And you can even set a video thumbnail conveniently.

● Repair Multiple Videos in Different Formats Within a Few Clicks

How To Use Wondershare Repairit To Fix Corrupted Video Files

Open the Repairit software on your Mac or Windows PC, then click the ‘Add’ button to add corrupt video file(s) to the interface. You can also drag-and-drop files if you wish. 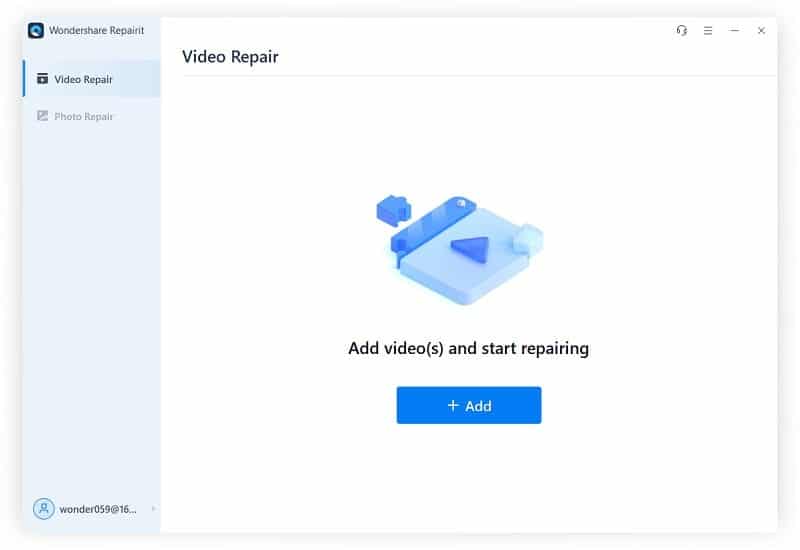 Up next, click the Repair button at the bottom right corner of the page to begin the repair. This will take a few minutes to get finalized. 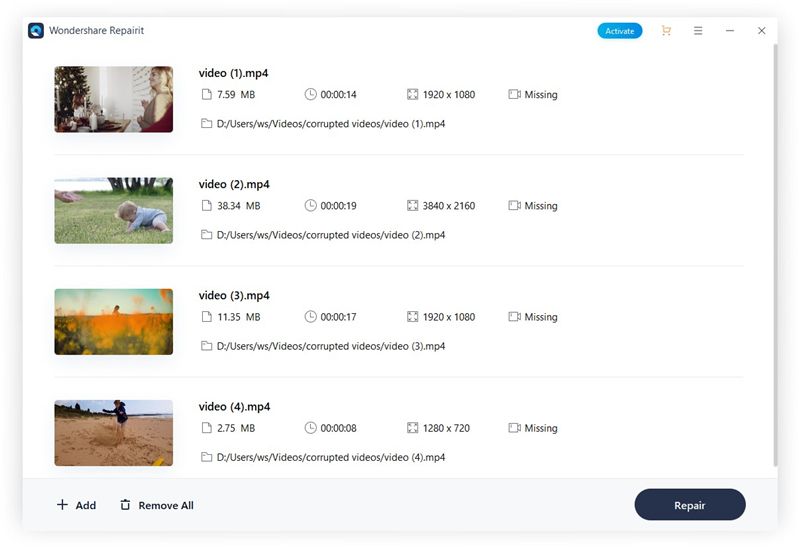 Once the Wondershare Repairit tool has completed the repair process, you can preview the videos for confirmation. Afterward, click the Save button to save the newly recovered videos.

Are your video files badly damaged? Follow the step below to perform an Advanced repair on them.

For a severely damaged/corrupt video, you can opt-in for an advanced repair using Repairit by adding a sample file and click Next. By doing this, Repairit will execute an in-depth repair operation on the video to fix all damages just within a few seconds.
Simple as A, B, C! 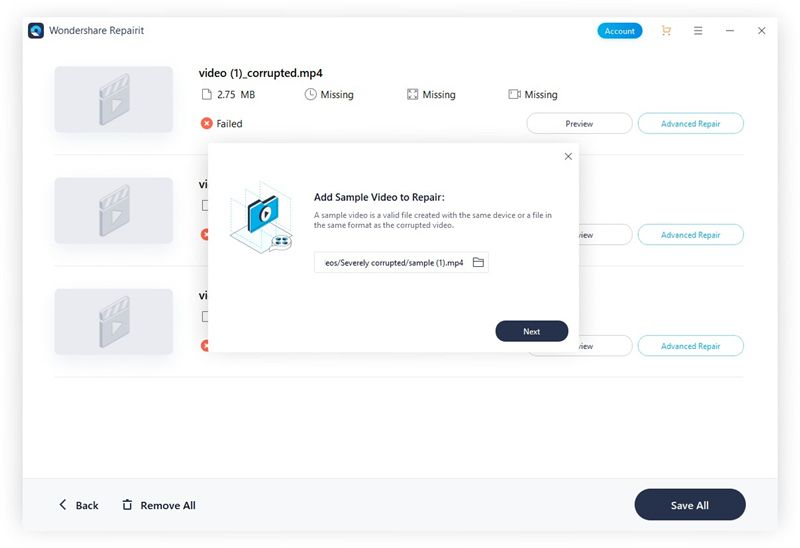 Irrespective of how your video might have gotten damaged/corrupted or how bad it gets corrupted, Repairit is the best and most efficient tool that can help you fix the issue, and still maintain your video quality. From research, it was clear that this tool has the highest success rate among its competitors. Plus, you don’t need to be tech-savvy before you can use Repairit to fix MP4, MOV, or any other videos. Wait, are you still here? Reach out to Wondershare Repairit now to fix corrupted video files fast and conveniently.