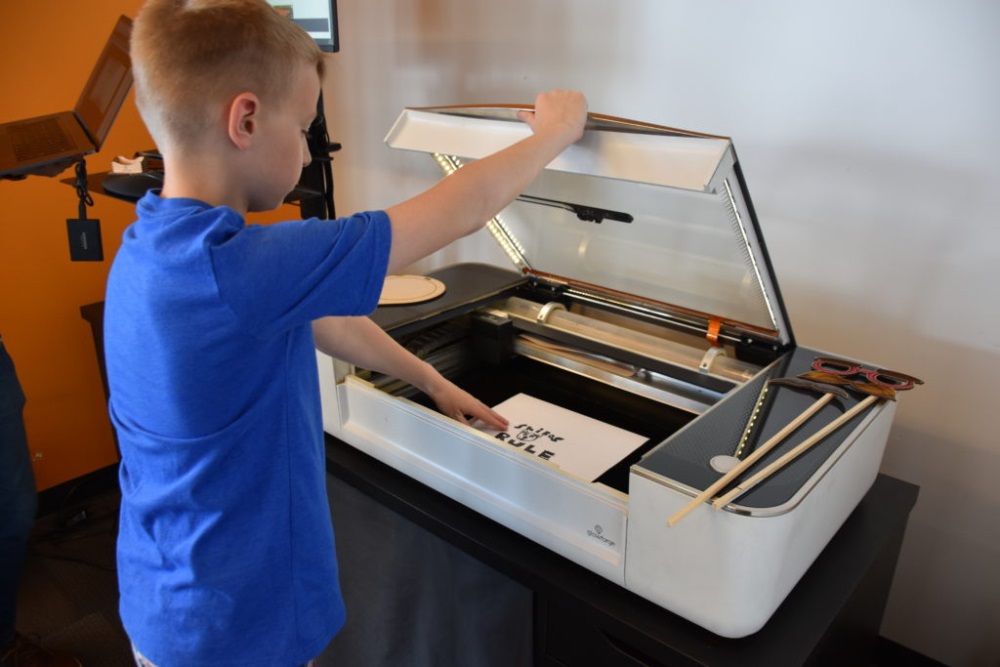 3D laser printers are pretty popular these days because they allow you to engrave your designs on a variety of materials including leather and wood. Glowforge is the most popular 3D laser printer which is known for its precision and useful features. However, it’s not the only 3D laser printer and there are many other useful 3D laser printers available in the market, which we will share with you today. In this guide, we will discuss the top 6 alternatives to Glowforge and tell you about their unique features.

Glowforge is arguably one of the best 3D printers available out there but there are some worthy competitors as well which we will discuss in this section. If you are looking for some good Glowforge alternatives, keep reading because we are going to share the best ones with you. 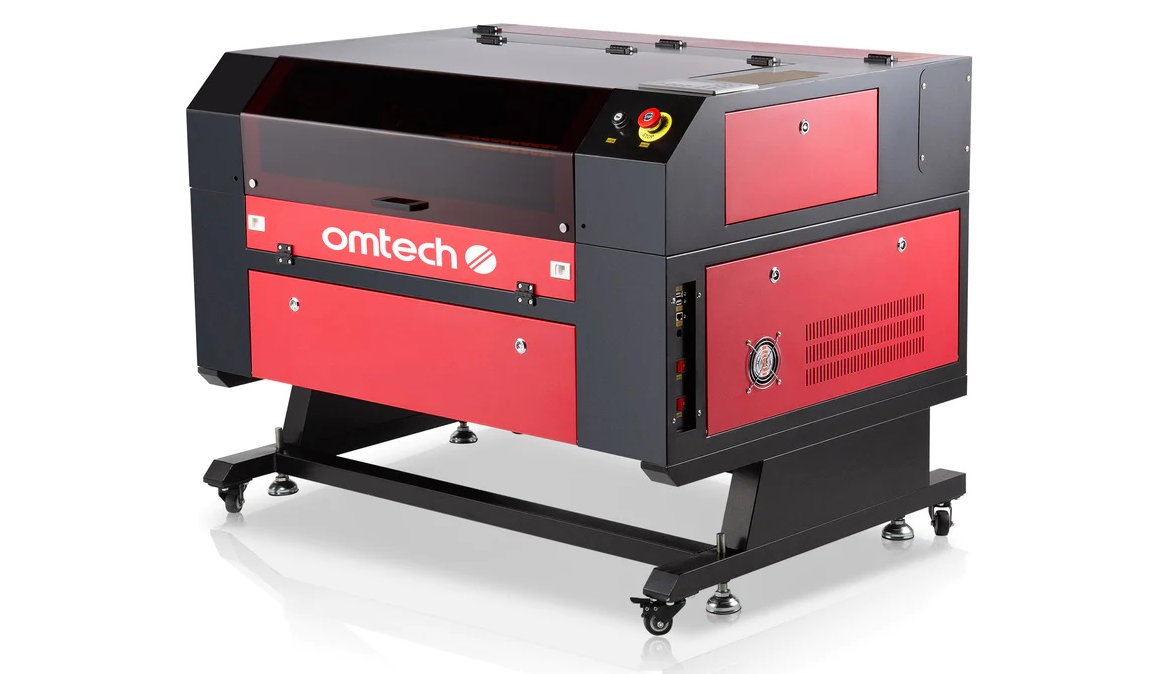 OMTech AF2028-60 is one of the most popular 3D laser printers available in the market and it’s a direct competitor to Glowforge. The printer comes with a 60W high-powered CO2 laser which is more powerful and better as compared to the 45W CO2 laser you get with Glowforge.

OMTech laser printer also comes with a passthrough feature which makes it easier for users to process large-size materials and they can easily engrave on them without any problem.

The only area where Glowforge is better than OMTech AF2028-60 is the assembly because it takes around an hour to assemble the OMTech laser printer but once you assemble it, it offers better performance than Glowforge in many aspects. Also, OMTech offers 2 years of warranty which is one year longer than what Glowforge offers.

Overall, if you are looking for a powerful Glowforge alternative with better specs and features, OMTech AF2028-60 is a solid option. 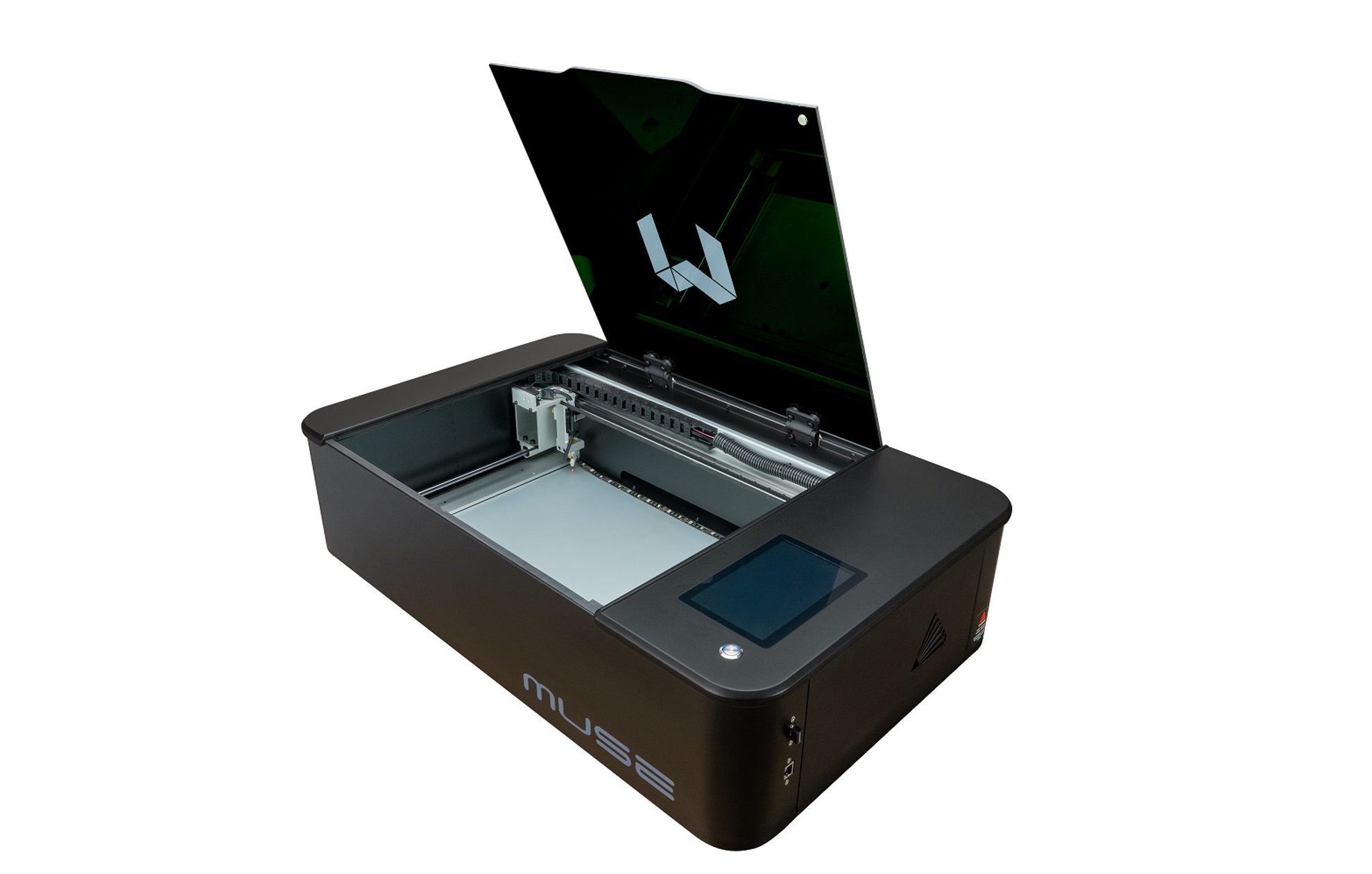 FSL Muse Core is another very worthy alternative to Glowforge. If we look at both laser printers, you will find that both of them have very similar form factors but the price difference between them is pretty significant. The entry-level FSL Muse Core starts at around $3000 but it comes with many add-on features which can bump the price up to $10,000.

FSL Muse Core also comes with a 7” touch screen on top of the machine which allows you to control parameters directly from the machine but this feature is not available on Glowforge.

FSL Muse Core comes with tons of upgradeable add-ons which you can use to add more features to the laser printer and make it more powerful. FSL Muse Core is also very easy to assemble and has a good community as well which is a big plus. Overall, if you are looking for a Glowforge alternative with tons of add-on options, FSL Muse Core is a solid option for you. 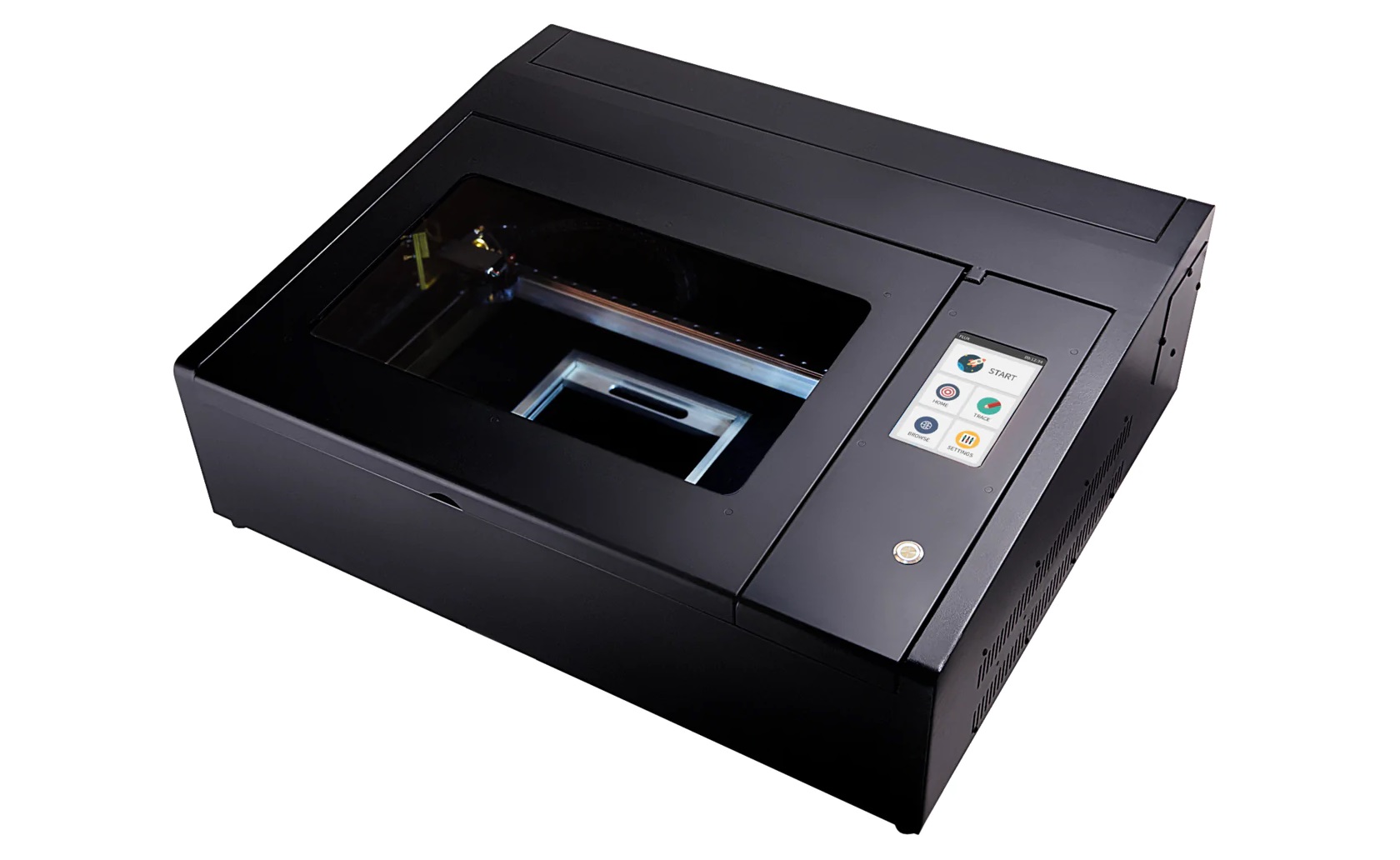 The lasers in both Glowforge and Beambox Compact are similar and both come with 40W CO2 laser. However, the company also offers a 50W Laser which is available in FLEX Beambox Pro. If we consider the assembly time of Beambox Compact, it’s pretty reasonable and you can unpack and assemble the device within 15 minutes.

Overall, if you are not a fan of Glowforge and looking for an alternative with similar features and a slightly bigger printable area, FLEX Beambox Compact is a great option for you. 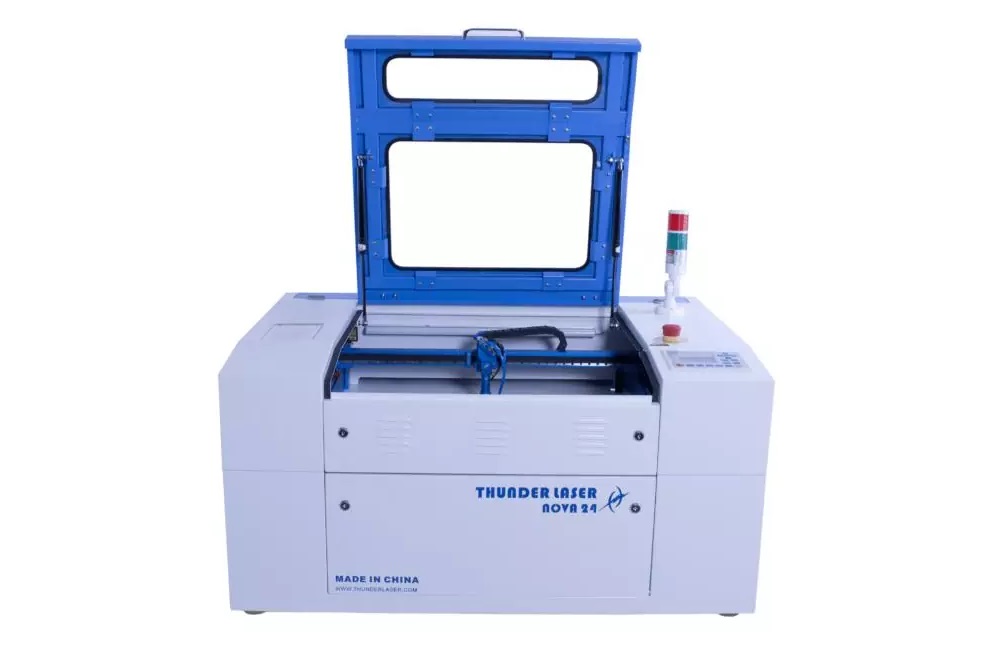 Nova 24 is a premium laser printer that comes with more power and features compared to Glowforge. This printer comes with a price tag of over $7400 but it comes with a powerful laser and other useful features which justifies the price.

Another useful feature of Nova 24 is that it comes with a passthrough feature which makes it easier for users to engrave on large objects which is not possible on Glowforge. On top of that, Nova 24 also comes with features such as a warning light and a 2-year warranty.

Overall, if you want a premium 3D Laser printer with a powerful laser and passthrough feature, Nova 24 is a great option for you. 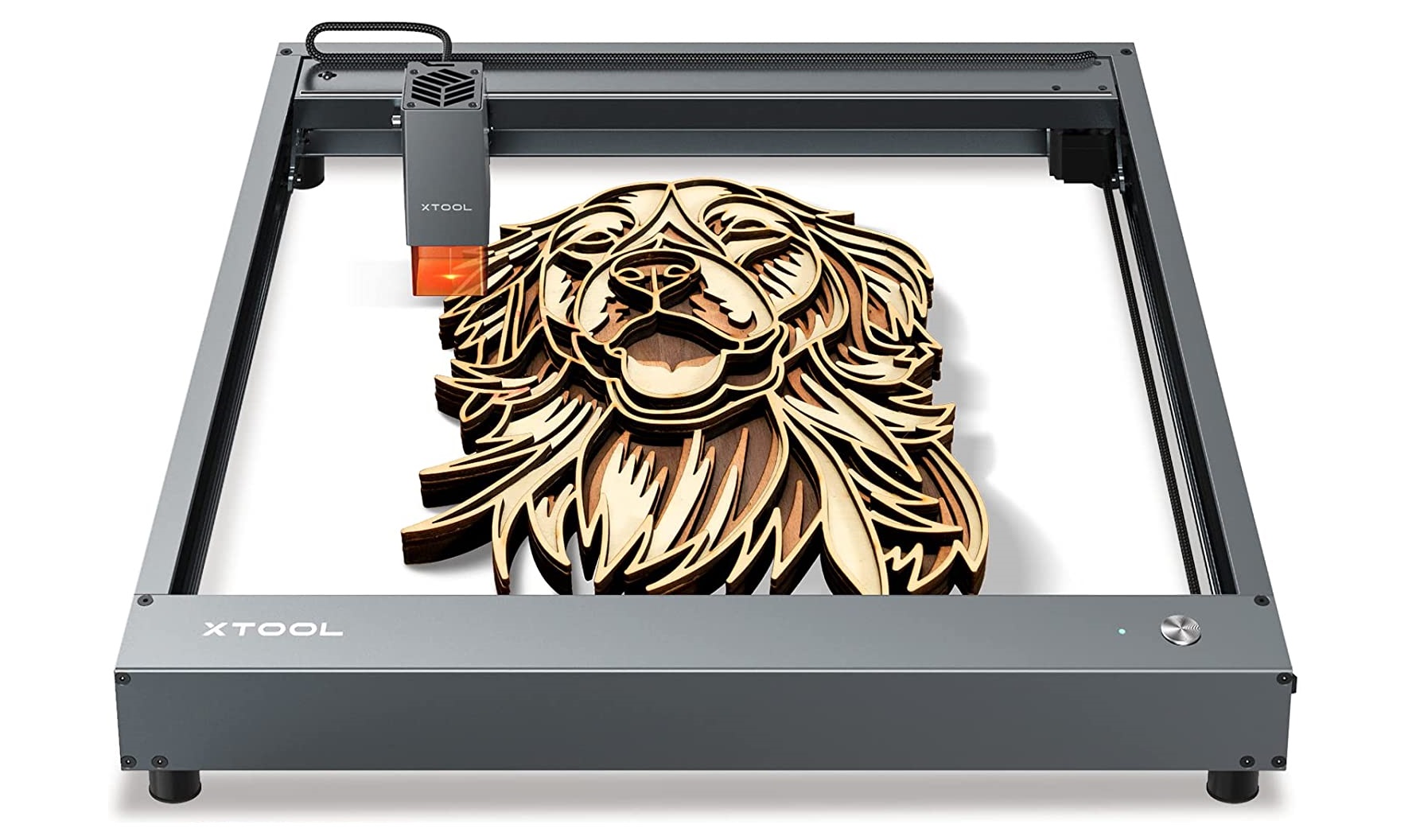 If you don’t want to spend tons of money on a laser printer and looking for an affordable alternative to Glowforge for under $1000, you can consider xTool D1 which is one of the best laser printers in the budget category. It’s surely not as powerful as the Glowforge but it gets the job done and allows you to engrave over 100 different types of materials.

In a D1 laser printer, you get the 10W lasers which are equipped with dual laser technology allowing the printer to combine two laser beams into one spot. The printer also comes with limit switches that trigger the alarm if the laser is about to hit the boundary of the machine. Also, features such as a flame detector alert users on time to avoid any damage to the machine. 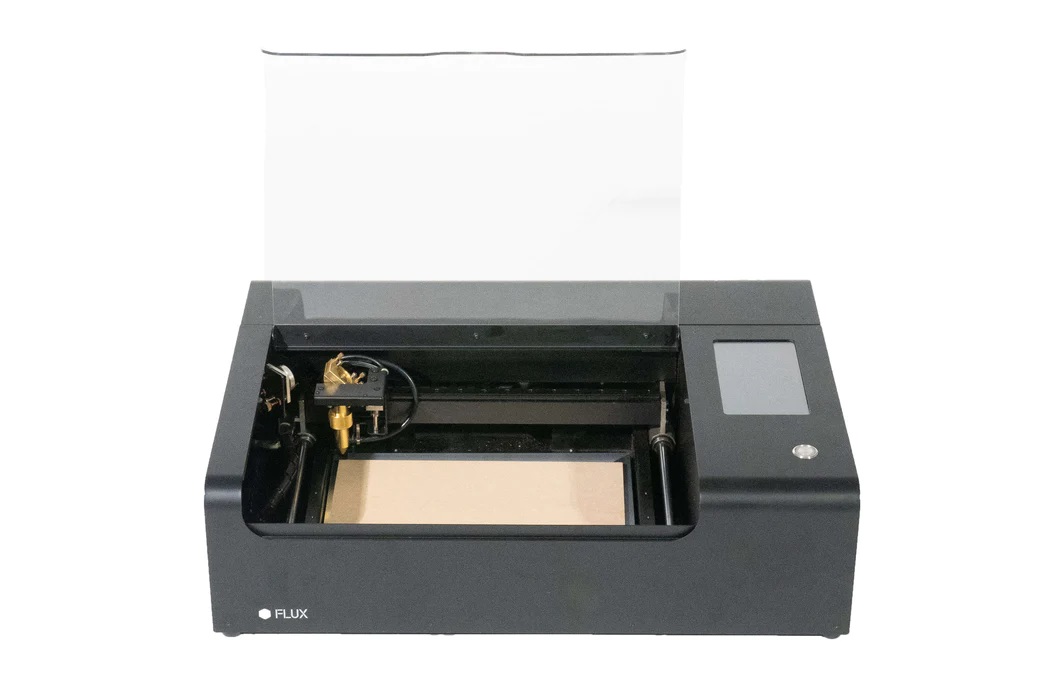 FLUX Beamo 3D Laser Printer is another powerful printer that can be a good alternative to Glowforge. The printer is equipped with a powerful laser and useful features such as an HD Camera and auto-alignment which makes it easier to use for engraving material.

The company has designed the Beamo 3D Laser printer for industrial usage, and it comes with all the bells and whistles which you can expect from a good 3D laser printer. For starters, it comes with an internal water cooling system which makes sure that the printer stays cool even after heavy usage. On top of that, it also comes with a safety switch that allows you to stop the printer by pressing a single button.

If we look at the laser, FLUX Beamo comes with an ultra-thin laser that comes with 1000 DPI resolution and it can engrave up to 0.05 mm depth which is very promising. Another nifty feature of FLUX Beamo is that it comes with mobile connectivity option and you can control the printer directly from your machine. On top of that, it also works well with a wide range of professional software including Adobe Illustrator, Autodesk AutoCAD, and Corel Draw.

Overall, if you are looking for a compact yet powerful Glowforge alternative with tons of useful features, you can’t go wrong with FLUX Beamo.

These are the top 6 Glowforge alternatives that you can consider. We have shared the Glowforge alternatives in different price segments which will make it easier for you to pick the 3D laser printer according to your budget. We hope that you liked the guide and found the right 3D laser printer for you. Also, don’t forget to check this guide where we have shared the best software for Texturing 3D Models.