Computers have been one of the most necessary devices, especially when it comes to academic, professional, and gaming purposes. However, for consumers that are mostly concerned with electricity consumption, owning a computer might be a costly purchase.

However, before we can address the problem, we must first understand what an amp is. The unit used to measure current is the amp. This indicates that electrical charge flow is measured in amps from one point to another. Computers are electrical devices that require a specific number of amps to operate well.

Also see: How Much does a PC Set Up Cost

How many Amps does a PC Use

How many amps a computer uses is dependent on a variety of factors. For instance, the number of amps a computer draws can be affected by the user’s activities on the device. The kind of hardware a computer utilizes can have an impact on how much power it requires.

The largest determinant of how much electricity your computer needs over time is how frequently you use it. Computers come in a variety of forms, namely desktop, gaming, and laptop. To power their components and run effectively, these various computers use various amp ranges.

How Many Amps does a Desktop Computer Use 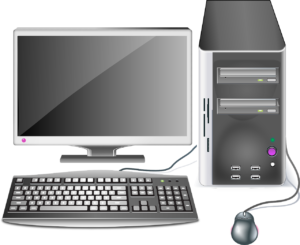 Desktop PCs are typically known to draw sizable currents. A desktop will typically require 0.25 amps to 2 amps of current each hour. Because the desktop might power a monitor, speaker, printer, etc., this range of amps is needed.

The amount of amps needed for the computer to operate properly increases with the number of connected peripherals. A normal workstation, for instance, may need between 2 and 3.5 amps of electricity each hour. Depending on usage, some computers may potentially require 5 amps of current.

How many Amps does a Gaming PC Use

A gaming desktop PSU needs up to 6.25 amps of current per hour of use on average. Graphics cards, a key component of gaming computers, are the reason why they demand so much power. How many amps the gaming PC requires can also be determined by the type of graphics card.

The required amps for a gaming laptop can be 15.80 or more for five hours of gaming. Beginners may need to look for advice on how to play leagues and study computer setups for effective and efficient gaming.

Also check: How Much is my PC Worth? (A Complete Guide)

How many Amps does a Laptop Use 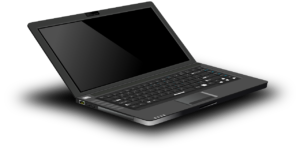 The least electricity-consuming PCs are laptops. However, just because laptops utilize less current does not imply that they are less powerful. The typical laptop draws between 0.41 amps and 0.84 amps per hour. As a result, a laptop computer has a daily average power consumption of 6.73 amps for around 8 hours.

Therefore, a laptop still uses less power than a desktop computer even when performing complex multitasking tasks. However, when other, more potent peripherals are attached to the computer, the power consumption of laptops may go a little higher than anticipated.

How many Amps does a Computer Monitor Use 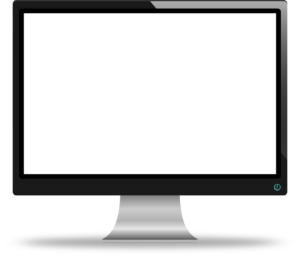 The energy consumption of computer monitors is significant. Typical desktop monitors require 0.15 amp to 0.5 amp maximum. CRT monitors and LED-backlit screens will require a somewhat different computation than standard monitors or computer screens. A 22-inch LCD monitor with LED backlighting, for instance, uses up to 0.30 amp for five hours.

Factors that Influence the Amp Consumption of PCs

We mentioned above the general estimate of how many amps does a computer use. However, consumption will always vary depending on many factors affecting the use of PCs.

A high-end computer build includes extra fans, coolers, GPUs, and other parts, all of which increase the computer’s amp consumption. Additionally, using a LED monitor will increase the number of amps your computer uses because it uses more amps than an LCD monitor.

Also read: How Much does a PC Set Up Cost

We hoped we gave you the best idea of how many amps does a pc use. If you want to buy a computer but are worried about how much electricity it will use, carefully consider which one would best suit your needs and follow suggestions to effectively conserve energy.