Taking screenshots is one of the most useful and helpful features in smartphones and tablets today. When you have something on your phone that needs to be saved, you can just take a snap of your screen and save it for later, send to your friends or family, or share it with your social media accounts. In this article, we are going to share with you how to screenshot on Samsung A02s.

How to Screenshot on a Samsung Galaxy A02s

Using the hardware keys or the buttons on your Samsung A02s is the most common and easiest way to take a screenshot on your phone. These are the buttons located on the right side of your phone (volume and power buttons). 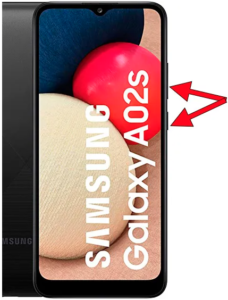 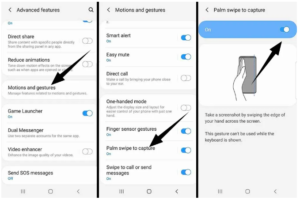 Once you’re done activating the “Palm Swipe to Capture”, try and take a screenshot by swiping your palm across your Samsung A02s’ screen. Your phone should vibrate, indicating that a screenshot has been taken successfully.

There is a slight possibility that this option may not work on your first attempt. All you have to do is to refresh by closing the Settings app. Then, follow the steps above again and check if it will work this time. If this does not resolve the issue, restart your phone by turning it off and on. 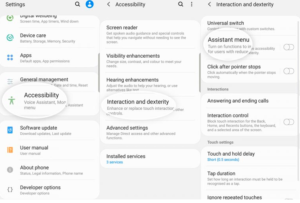 If you have tried following Methods 1 and 2, your next option would be to use the Assistant Menu feature in your Samsung A02s. But before you start taking screenshots using this feature, you first need to activate it in your phone’s settings.

Simply tap on the circle on your screen to take a screenshot. You will see options of actions you can take. Look for and tap on “Screenshot.” Your screen will flash white, which confirms that you just successfully took a screenshot.

The steps above did not work for me. Are there any other alternatives?

The three methods we shared above are the most common and easiest way to take a screenshot on your Samsung Galaxy A02s. If they do not work for you, there are still other alternatives: using your Accessibility Menu and your Google Assistant.

If these alternatives still did not work for you, you can also download third party apps from the Google Play Store.

Where do the screenshots go?

Every screenshot you take will automatically be saved to your phone Gallery as an image.

The screenshot feature in Android and iOS devices today is very helpful. It lets us save things for later by taking snaps of our phone screen. You can either save it for later, share it to social media, or send it to other people. Now that you know how to take a screenshot on your Samsung A02s, you will be able to utilize this feature.