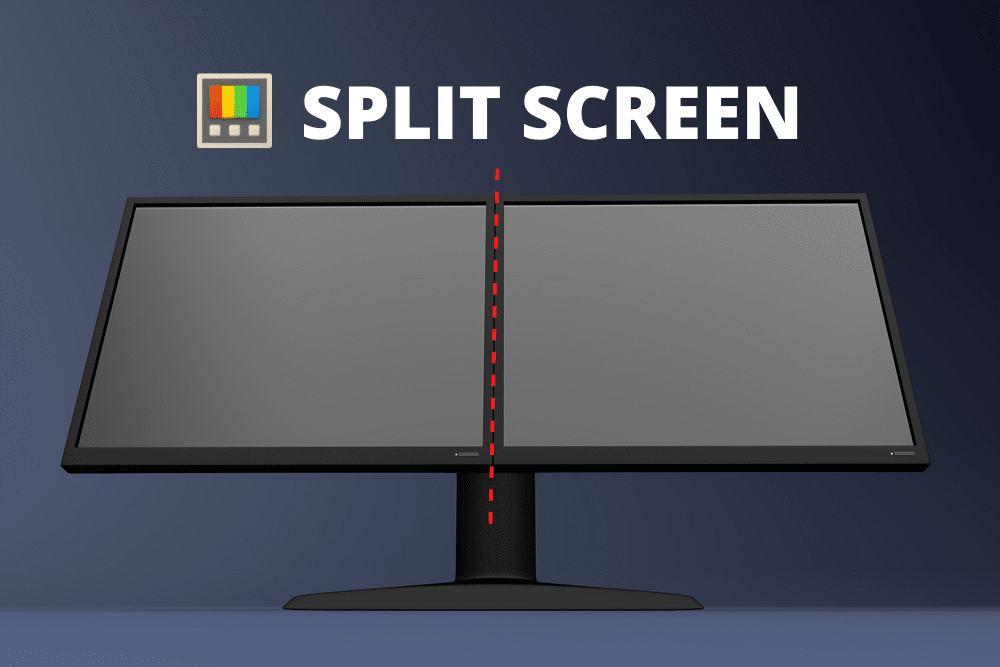 A crucial component of Windows and other similar operating systems is the ability to multitask. A fantastic approach to multitasking is to have several screens open at once and be able to see them all. It’s good to have numerous displays, but what if you only have one big screen? This time, let’s talk about using Microsoft PowerToys’ FancyZones to split a single big monitor into multiple screens.

With today’s operating systems, numerous windows can be opened simultaneously. However, multitasking isn’t effectively accomplished by having numerous windows open at once while being hidden, particularly when there are problems like Windows 7’s propensity to conceal messaging notifications behind active screens. To operate more quickly and effectively, users still need to be able to see and understand how their operations are progressing. Users cannot decide what to do next or during the meantime without knowing right away. If you only have one huge screen and no more monitors, you must learn How to Split a Large Monitor into Multiple Smaller Screens.

Step 1: Begin by downloading Microsoft PowerToys for Windows 10 in its most recent edition. Since Windows 95, PowerToys, a collection of free, entertaining, and practical utilities designed by Microsoft for different Windows versions, has been available. Since prior toys are frequently incorporated into the following Windows edition, each Windows version has a unique assortment of utilities. Not all versions of Windows include PowerToys , though. Before Windows 10, PowerToys was only available for Windows XP.

Step 2: Right after downloading the Microsoft PowerToys for Windows 10, run the installer. 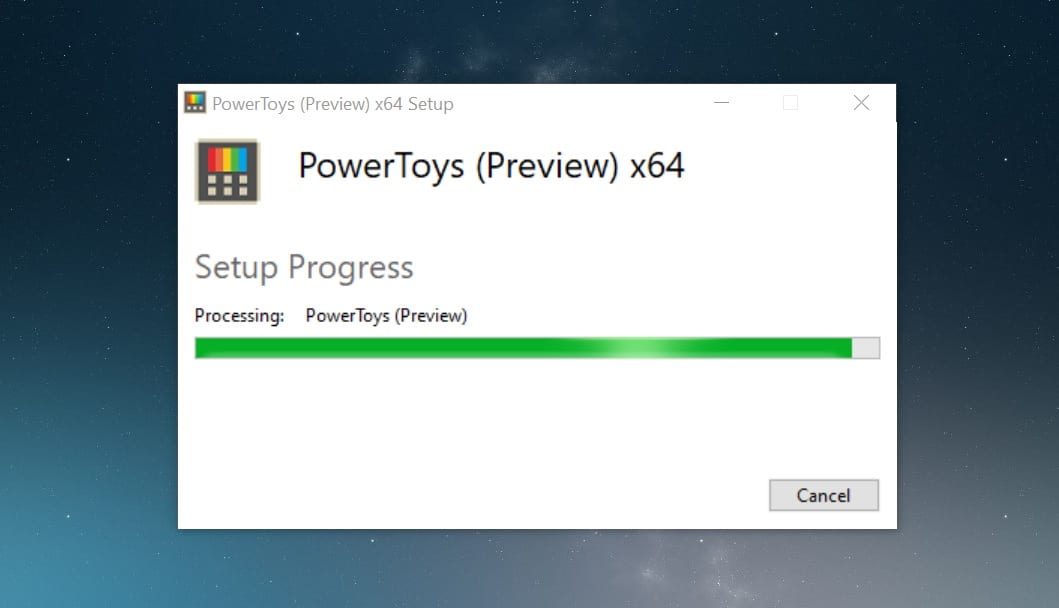 Step 3: Initiate PowerToys. A menu of helpful utilities will appear on the left, some of which have self-explanatory titles, such as Always on Top, Awake, Color Picker, File Explorer Add-ons, Image Resizer, Keyboard Manager, Mouse Utilities, and Power Rename. We need FancyZones, but it needs a little explanation. Users who click on each tool will see a summary of what it performs. PowerToys will settle into the System Tray after launching. 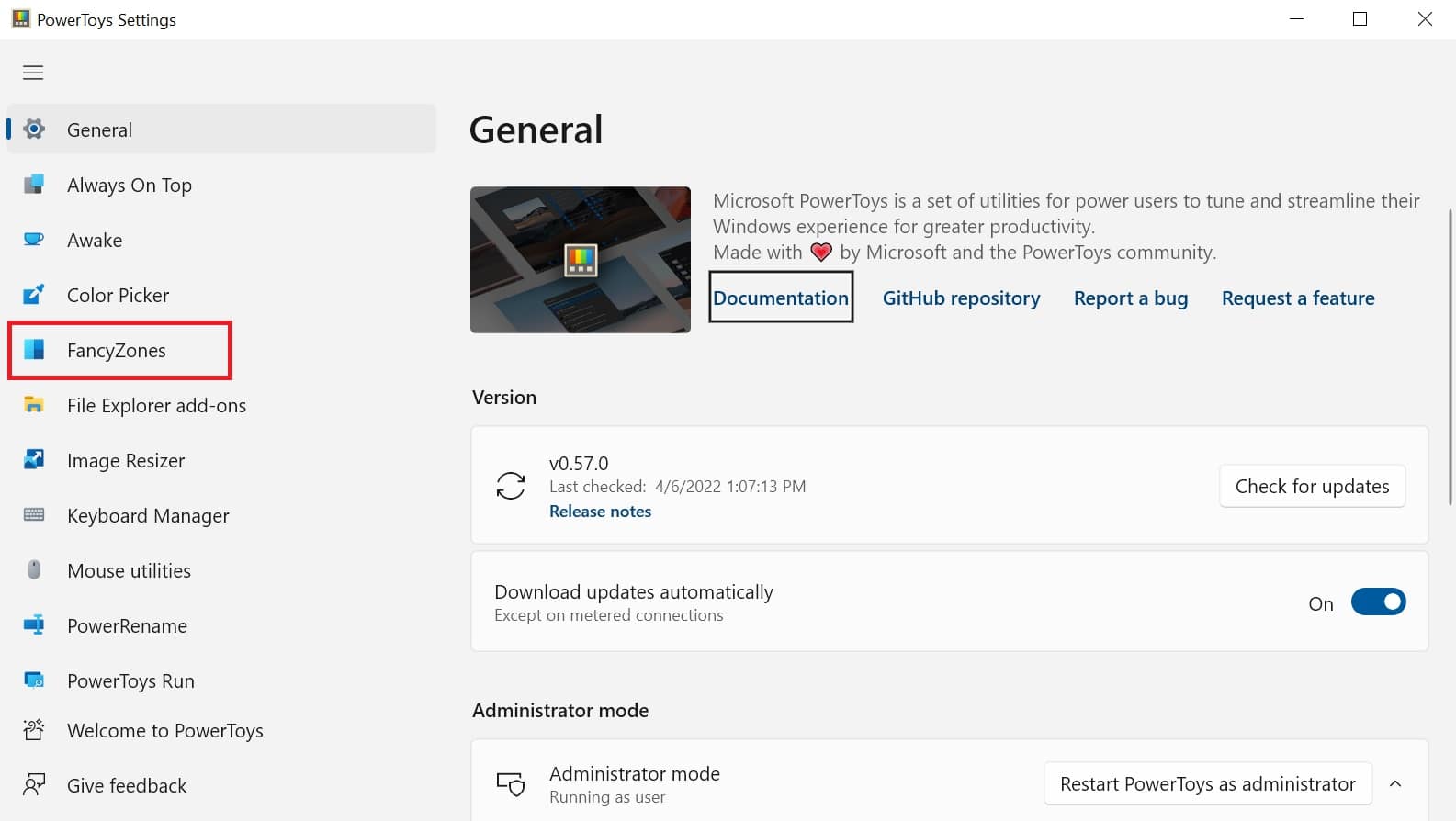 Step 4: A Window Manager tool called FancyZones allows users to divide a big screen into smaller ones that individual windows can “snap” into. Since Windows 7, users can drag open windows onto regions of the screen, and they will automatically resize to fill half or a quarter of the screen. This feature is known as “screen snapping” or “windows snap.” To accomplish the same task, users can alternatively use Win + arrow keys. Snapping, though, can be inflexible and tiresome. Depending on the dimensions and resolution of the screen, FancyZones supports configurable sizes and more than four screens at once.

Step 5: Click on the FancyZones to see its options and see whether it has already been enabled before enabling it. Change the activation shortcut (the default is Win + Shift + ‘), then customize the zone and window behaviors. You can also toggle the automatic activation of the monitor on the settings screen. Once activated, users can at any moment edit the screen zones by pressing the shortcut keys. 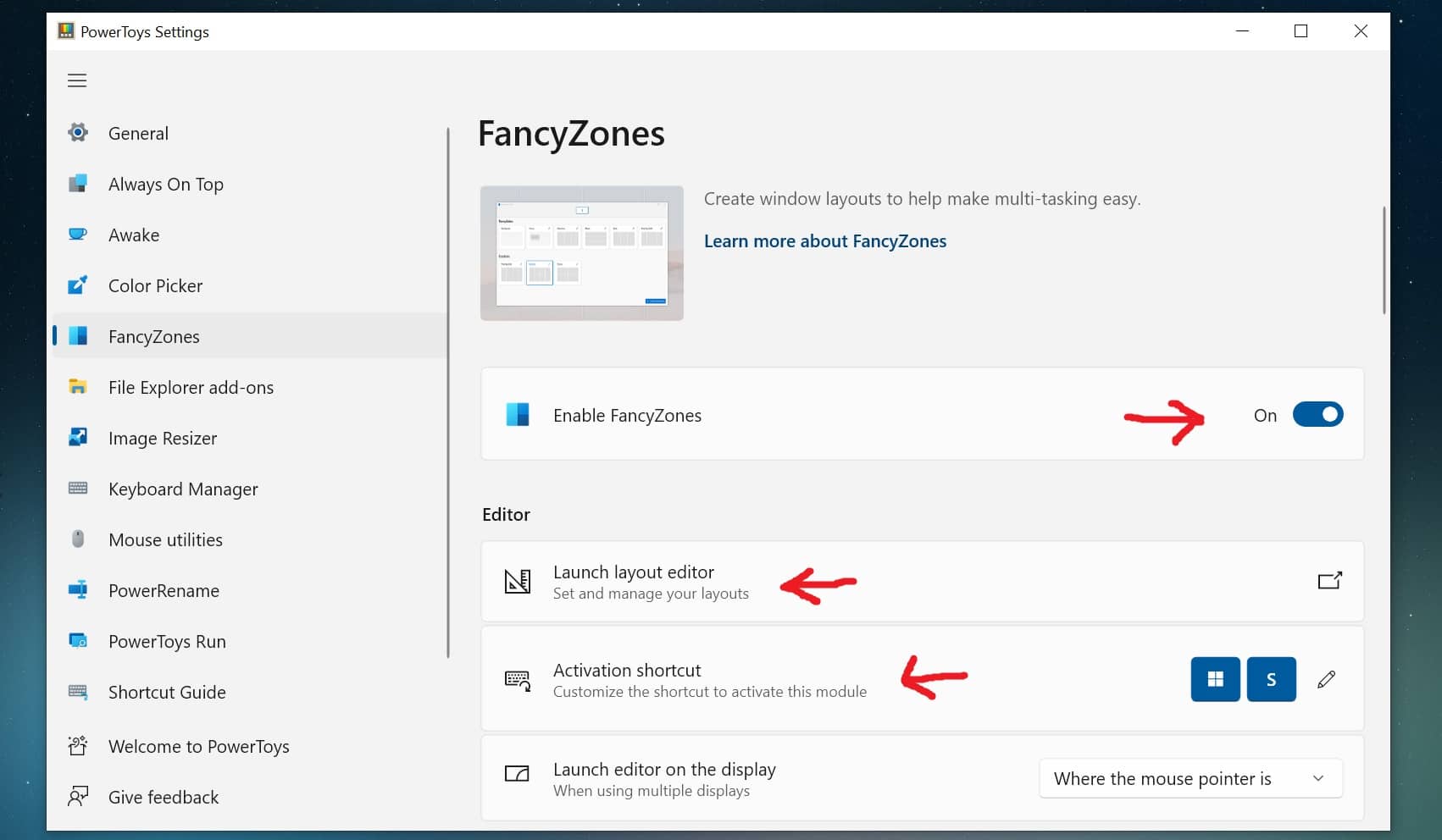 Step 6: The screen layout editor opens by pressing Win + Shift + ‘. The layout editor offers several pre-built layout templates, and you may also make your own. Among the pre-installed templates are:

– No Layout is an easy option to disable FancyZones.

– Focus which is similar to cascading windows

– Columns that divide the screen evenly into three columns.

– Grid which is similar to columns.

– Rows that divide the screen horizontally into three rows.

– Priority Grid which also divides the screen into three columns with the central column being wider. 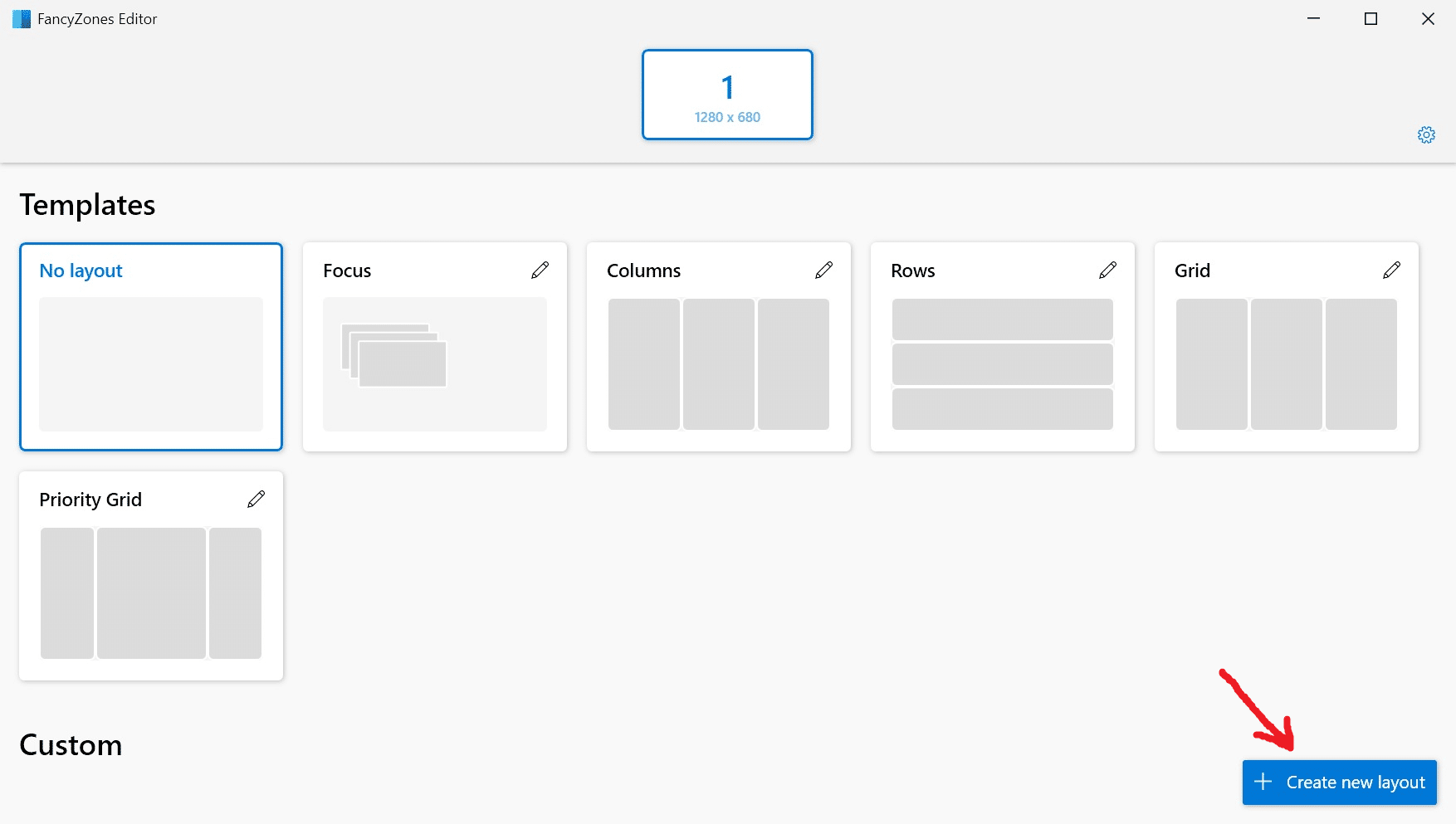 Below is a create button that allows users to create their own layout.

Step 7: By selecting the Create New Layout button, users can design their unique layout, as previously described. The user can choose between the option of a Grid or Canvas layout. The Grid plan produces zones that are either stacked horizontally or vertically and do not overlap. Similar to the Focus template, the Canvas layout supports overlapping zones. Although canvas appears to negate the entire objective of this tutorial, it has its applications for some people. The Grid pattern would be ideal for our needs. 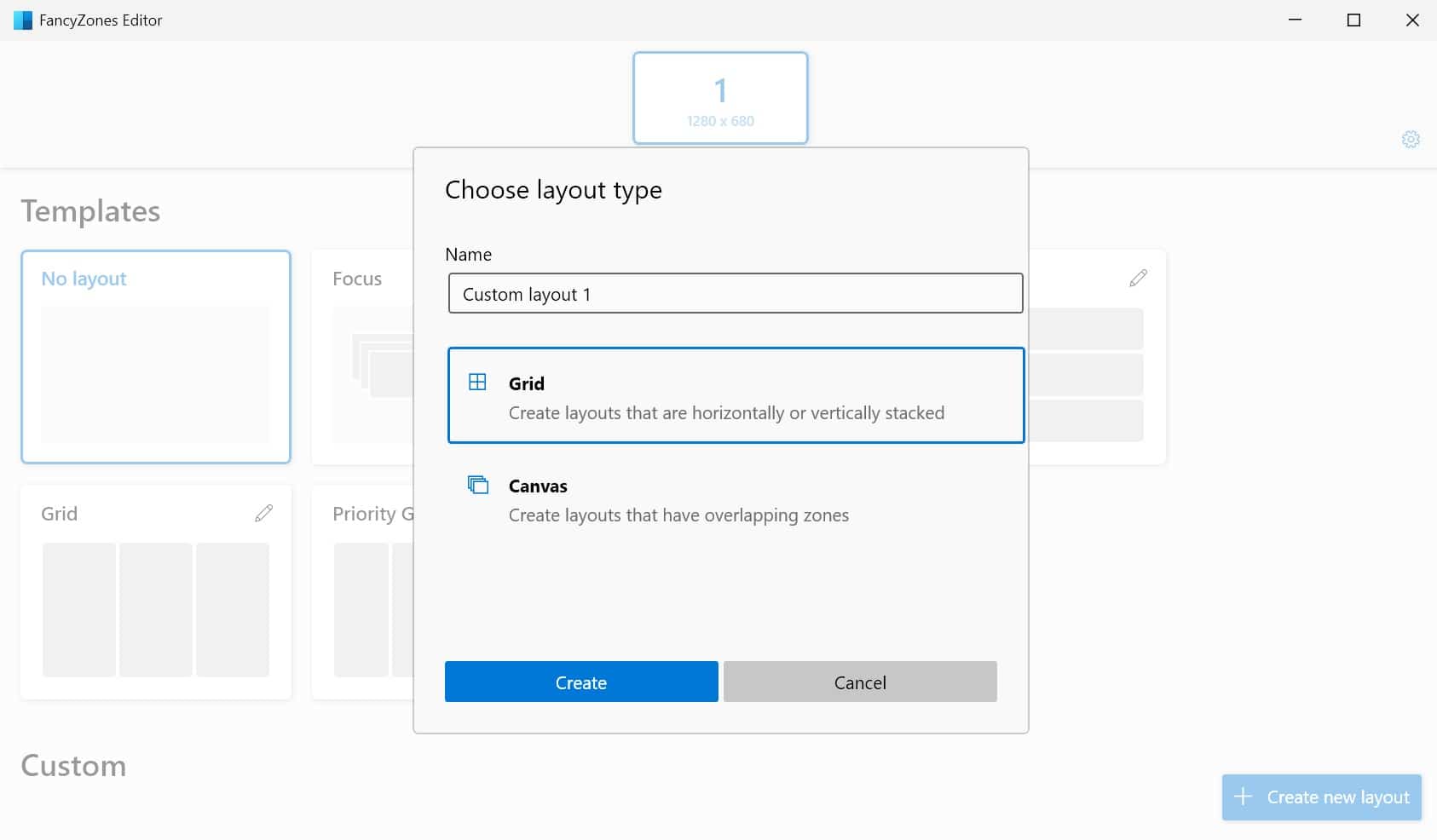 Step 8:  When user choose Grid option, the screen will be divided into three halves.

-Use the sliding divider line to further divide a zone horizontally by moving your cursor over it and clicking where you want to divide it.

-Press the Shift key to change the horizontal divider into a vertical one, then click in the desired location to divide a zone vertically.

Drag a zone onto an adjacent zone, then click Merge Zones to combine the two. You can also press Delete while holding down the mouse button between the two zones. Simply choose the zone to be deleted in canvas mode, then press Delete.

-Click and hold on the zone divider and drag the mouse to resize a zone. 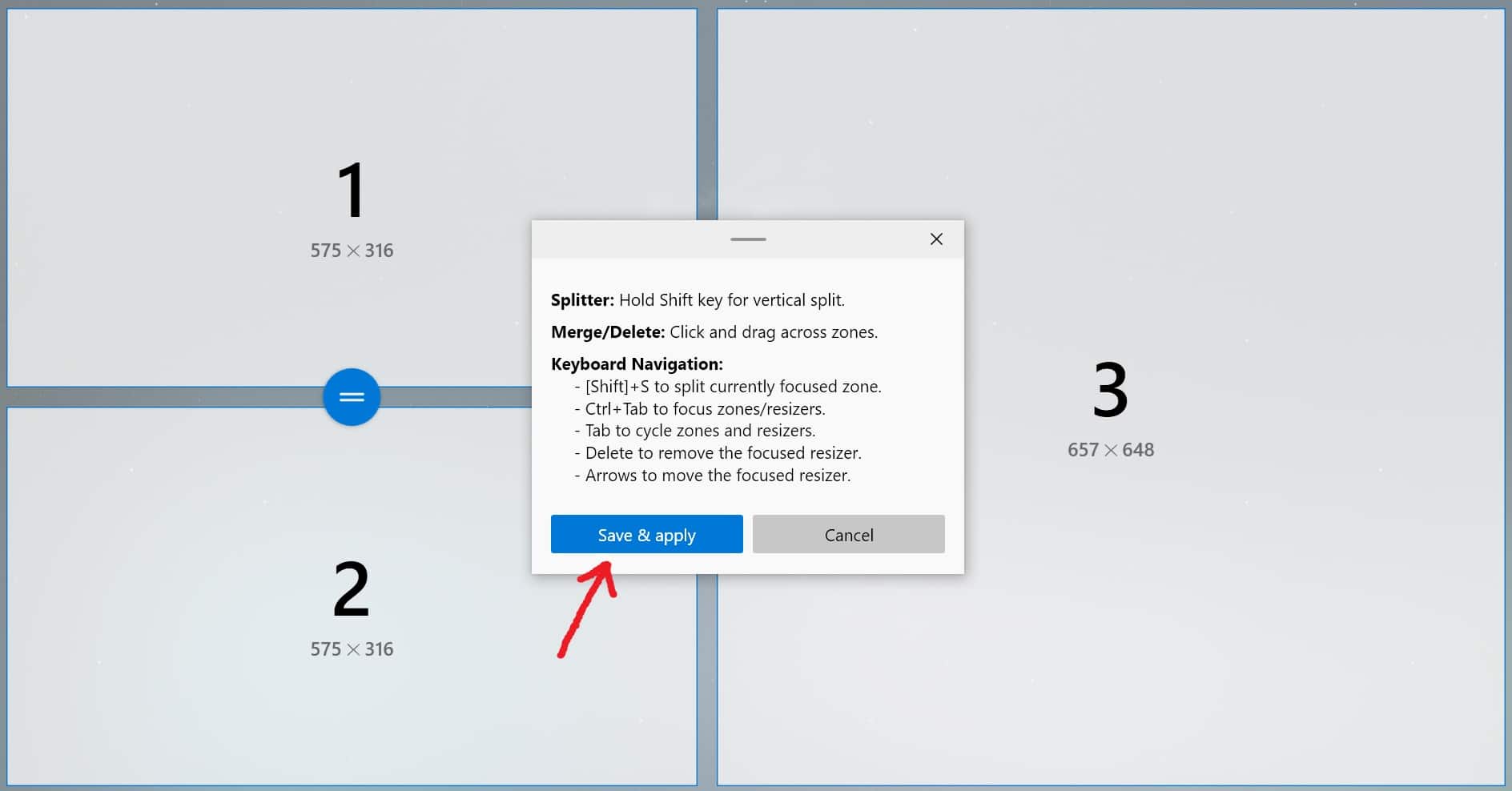 Step 9: Click on Save And Apply to save the changes

Step 10: Press Win + Shift +’to launch FancyZones and change or delete the zones. To edit any custom zones, including the template, click the pencil symbol. To edit the zones, click the Pencil symbol once again. Click on the trash can symbol to the right of the edit zone screen to remove a zone. 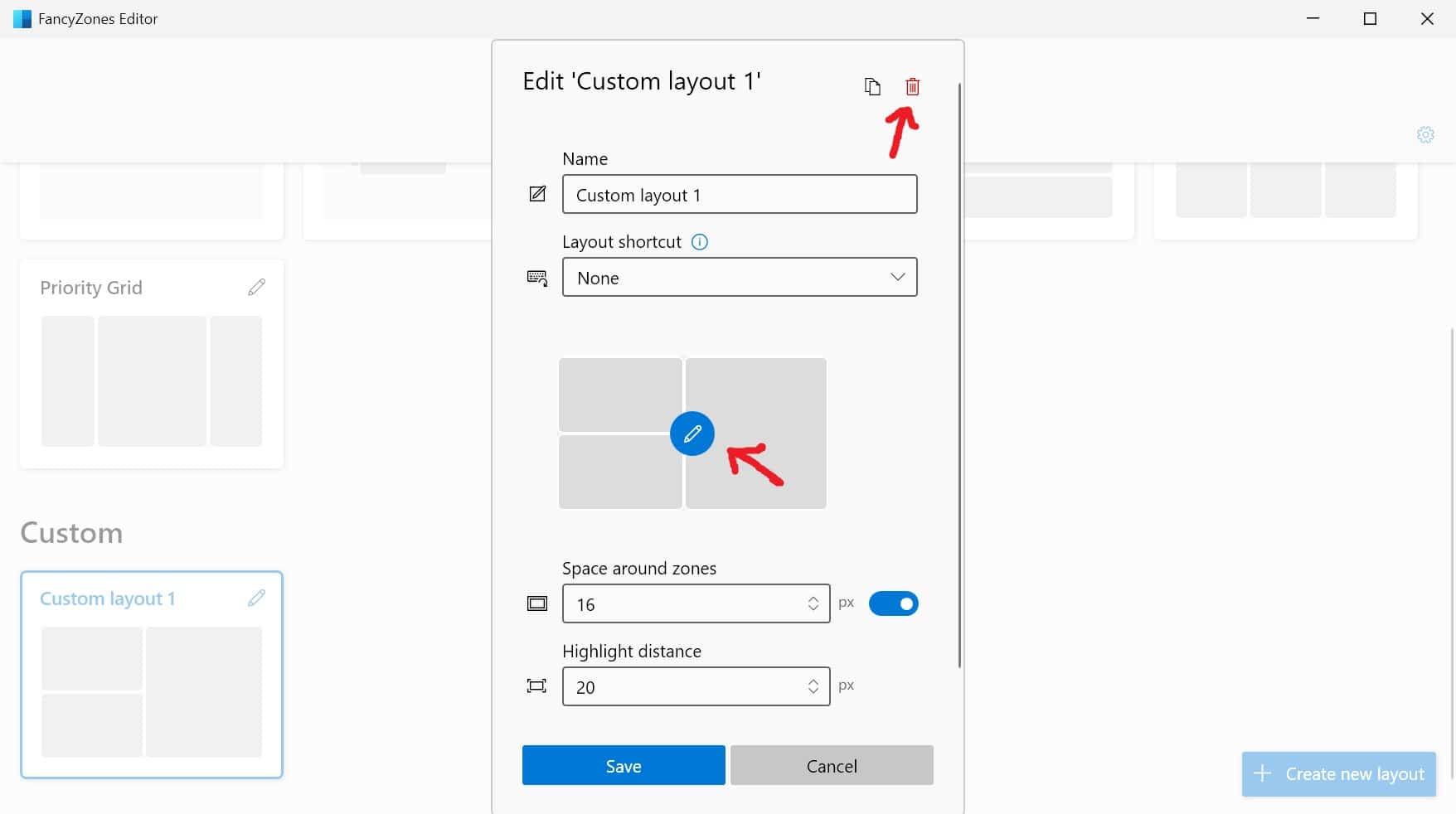 Step 11: To enable a layout, simply double-click on one. The FancyZones screen will close.

Step 12:  Drag each open window by its title bar after pressing the Shift key to see the available zones, then drag the window to one of them. When a zone is selected, releasing the mouse button causes the window to instantly resize to the highlighted area. Apply this to the remaining zones. 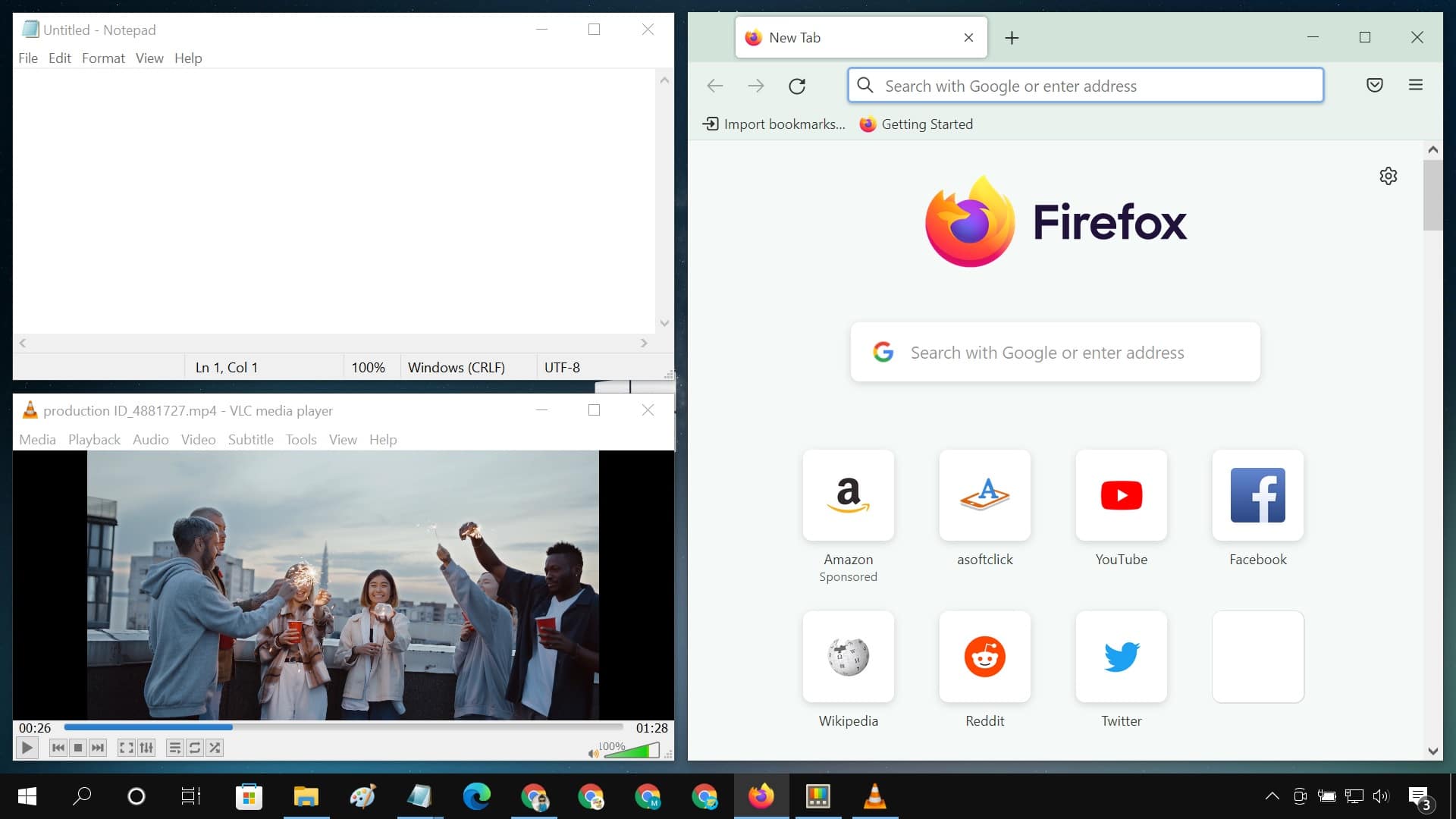 And everything’s done. You now understand how to divide a single large monitor into several smaller ones. This works well with ultrawide or high-resolution monitors, ideally those that are 4K or higher. It’s time to split screen and be more productive for the rest of the day.