Texting is one of the numerous benefits that technology has to offer. Our generation benefits from the capacity to transmit messages via text utilizing mobile devices. But as technology has advanced, it is now possible to text anyone without having to reveal your identity. Anonymous message sending is already possible.

Users can send messages using a variety of texting apps. Users of these apps can personalize their phone numbers to send an infinite amount of anonymous text messages to anyone. This post will show you how to track a text app number for free if you are one of the victims of these texting apps.

Before getting into how to trace a texting app number techniques, we will share with you a list of the popular Second texting apps out there. With the help of the program Second Texting App, users can create their number and send an endless amount of text messages and other types of media. Unidentified message sending and receiving is possible. Here they are: 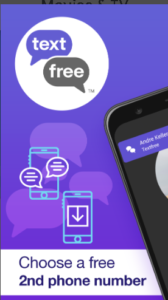 How to Identify if a Number is from a Texting App

Usually, a virtual second texting software assigns random numbers from various nations. Additionally, the messaging app would issue individuals numbers with similar codes, such as repeating the same numbers. Thus, if you received a message from a number that is registered in another nation, a second Text messaging app might be responsible.

How to Trace a Texting App Number

Tracking a texting app number is a bit difficult. This is due to the transient nature of the numbers created by these apps and the dynamic nature of their database. Therefore, you might not be able to recognize the virtual number if it has been removed. However, you can use a reverse lookup to find their number if it is still active on the Second Text Free app.

But if you’re interested in finding out how to trace a number from a texting app, you should follow the instructions we’ve listed below.

Step 1: Identify the second text app used by the sender

First things first, you need to figure out which second texting app the other person used. You can explore the variety of apps that are currently available, but we’ve mentioned a few of the more well-known choices above.

In this post, we will assume that the other party is using the Text Free app as the second text app for sending anonymous messages.

Step 2: Create an account in the second text app

You can set up a new account after determining which app was used to send the text message. Since we are using the Text Free app as an example, you may easily join up for a new account by visiting their website, inputting your email address, and choosing a password. 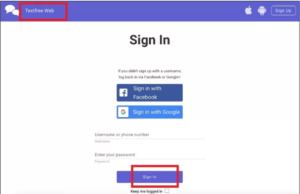 After creating an account, you need to link either one of your Google or Facebook accounts in the application. 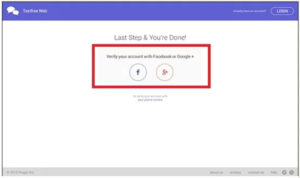 The program will then show a list of the supported virtual numbers. Simply choose any desired number of your choice and link it to your Text Free account. 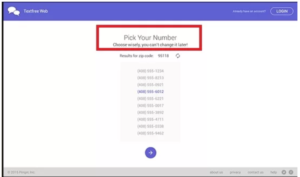 Once your account has been set up, you can simply access it to see your inbox. You can see the text message that was received as well as the associated phone number here.

By typing the fake number into the search area, you can also perform a Text Free number lookup. You can see the original number connected with it if they are still using it.

Simply select the number and use the Block option to blacklist it if you don’t want to receive any text messages from it. 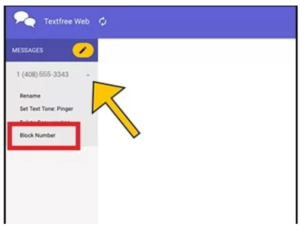 It may seem simple to adhere to the following instructions on how to trace a text app number. But, it is not. Since there are so many second messaging apps available, it is not always easy to tell which one the sender is using. This is the most obvious explanation. Furthermore, it will be challenging to track down the false number if they stop using the associated one.

You may also like: 10 Best Tools to Track Exact Location of an IP Address

We hope you have learned a thing or two about how to trace a number from a texting app after reading this post. If this does not work though, you can always try considering using more effective device trackers. Or better yet, you can just choose to ignore these anonymous text messages.