Looking for an alternative but secure network-attached storage (NAS) solution? Go with OpenNAS. It’s not as popular as FreeNAS but maybe just as well. The more popular something is, the larger the target surface. Despite the name, OpenNAS isn’t quite as open to security issues. OpenNAS is developed and maintained by security company WANSEC or Wide Area Network Security.

OpenNAS is like most NAS solutions and supports most protocols including CIFS (samba), FTP, NFS, AFP, RSYNC, and iSCSI. It also features S.M.A.R.T. disk monitoring, Software RAID (0,1,5,6,10,50), and local user authentication. Solutions provided by WANSEC can support up to 11.95 TB (terabytes) which is more than enough storage for most businesses. That amount of storage sits on an appliance with RAID6, 10-disk span setup, and up to 192GB of memory – perfect for databases, application servers, network storage, and VPS hosting. 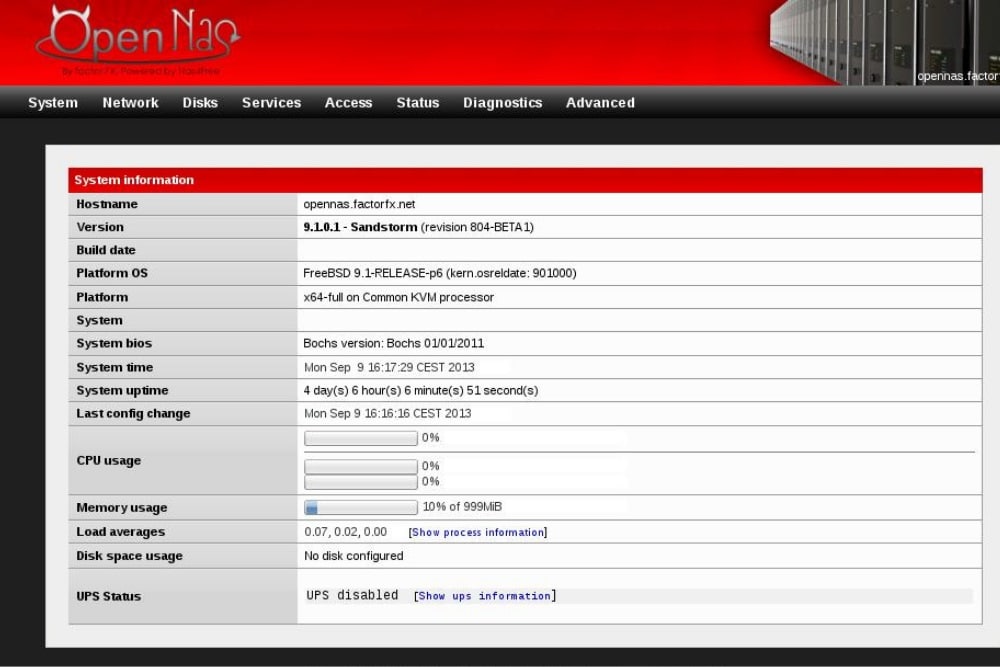 While there are plenty of DIY NAS solutions out there, it would be prudent to consider one provided by pros like the folks of WANSEC. And while solutions like FreeNAS are making waves, the disadvantage of using something popular, like Windows or Android is that the solution attracts too much attention and presents too much of a target for malicious actors. Plus, there’s no need to worry about the cost as OpenNAS has a low cost of ownership. Despite being open-source, WANSEC guarantees commercial support thanks to several partners from LA, Kansas, Tokyo, and Shanghai.

WANSEC OpenNAS appliances are also scalable and resilient, meaning they can be used in a local data center or distributed on a global scale with load balancing and redundancy with fail-over support. OpenNAS has support for Linux Volume Manager, iSCSI, and DRDB. OpenNAS appliances are also flexible and can be upgraded when the need arises. There are also several appliance models and support packages to choose from to fit the organization’s needs.

The adage that money can’t buy happiness isn’t true in the case of OpenNAS. WANSEC offers the Super Happiness Package, a worry-free appliance and support package that should relieve the stress and anxiety businesses feel when dealing with new technology such as NAS. Such includes extended hardware warranty and on-site support. This support provides an extra security layer to the already robust performance provided by Linux and BSD, operating systems perfect for NAS devices.

Companies that keep their data close to their chest instead of entrusting them to the cloud will do well using NAS solutions. Cheaper and faster in the long run, scalable, and has plenty of corporate or community support – OpenNAS is definitely a solution to consider.