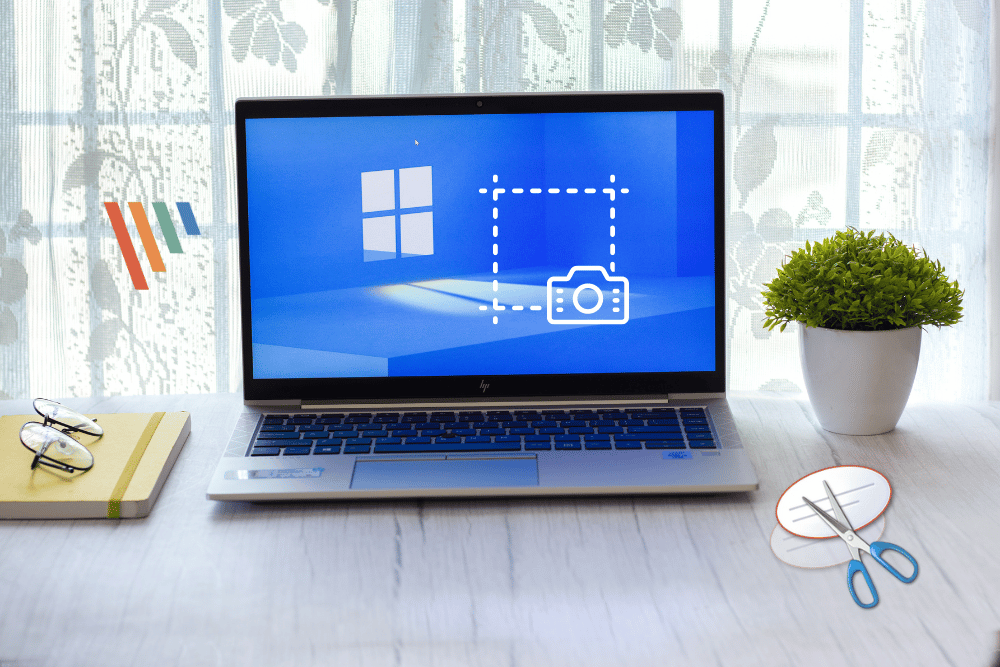 Screen capture is a very important functionality or ability any computer user should not be without. It allows users to visualize what they see on their screen to others, for instance, to convey an error message to tech support or to instruct others on using certain programs in a visual way. There are several ways to capture a computer screen in Windows. They include PicPick and the Windows built-in Snipping Tool. This time, we’ll discuss using PicPick vs Snipping Tool.

First, let’s discuss Snipping Tool. Snipping Tool is a built-in Windows app similar to SnagIt. SnagIt revolutionized screen capture by allowing users to capture only parts of a screen compared to the usual way of pressing the PrtScr button present on most PC keyboards.

A short history lesson before continuing on our PicPick vs Snipping Tool topic. The PrtScr button stands for Print Screen, which during the DOS/character-based era, was used to print the contents of the screen directly to a printer. By pressing the button, screen data is immediately sent to the printer. In the Windows era, the PrtScr button only captures the entire screen to memory which can be pasted as a graphic to apps such as Word, Excel, and mostly, Microsoft Paint for annotation and editing. Pressing Alt+PrtScr allows the user to capture only the active window and not the full screen.

SnagIt revolutionized screen capture by allowing users to select which area of the screen they actually need, compared to capturing everything. It also allowed the annotation of the screen snippet before the snippet gets used in other applications. Unlike conventional print screen, SnagIt makes MS Paint unnecessary for cropping, editing, or annotating screenshots. Fast forward to Windows 7, Windows users got the built-in Snipping Tool, which is most similar in function, shoving Snag-It to irrelevance.

Snipping Tool allowed for custom screen capture, allowing users to capture desired sections of the screen. Users can also control how the sections are shaped and can even capture the screen using a time delay. The captured sections can then be annotated before use. However, beginning with Windows 10, the Snipping Tool has been replaced by Snip and Sketch – an upgraded version of Snipping Tool. Snipping Tool remains a legacy app for users who are too used to using it. Snip and Sketch is built-in and can be activated by pressing Win+Shift+S.

We now move on to PicPick, a powerful multi-purpose screen capture app from a company called NGWIN. In the simplest sense, PicPick takes the older PrintScreen method of screen capture to the next level. Instead of copying the captured screen to the clipboard to be pasted onto MS Paint for editing, the app automatically opens an in-built editor very similar to MS Paint. Pressing the PrtScr activates PicPick when installed. Also when capturing the screen, PicPick allows other methods of screen capture such as full screen, region capture, window control capture, a powerful scrolling window capture, and free hand capture. PickPick also includes a color picker, a magnifier, a pixel ruler to measure screen objects, a coordinate capturing crosshair cursor, a protractor, and a whiteboard for drawing on the screen itself prior to capture. 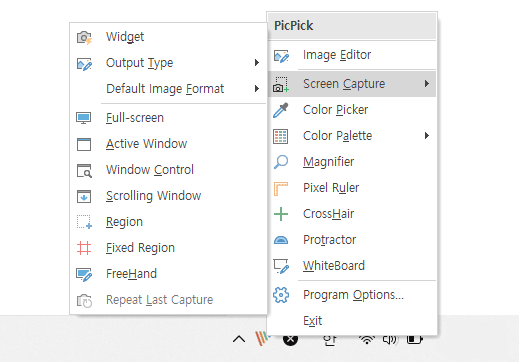 With all the aforementioned tools available, it’s safe to say which is the winner of the PicPick vs Snipping Tool battle. Snipping Tool is on the way out anyway and PicPick’s true opponent is Snip and Sketch. PicPick would be the undisputed winner if both Snipping Tool and Snip and Sketch weren’t totally free. Try downloading PicPick now if your work involves plenty of screen capturing.