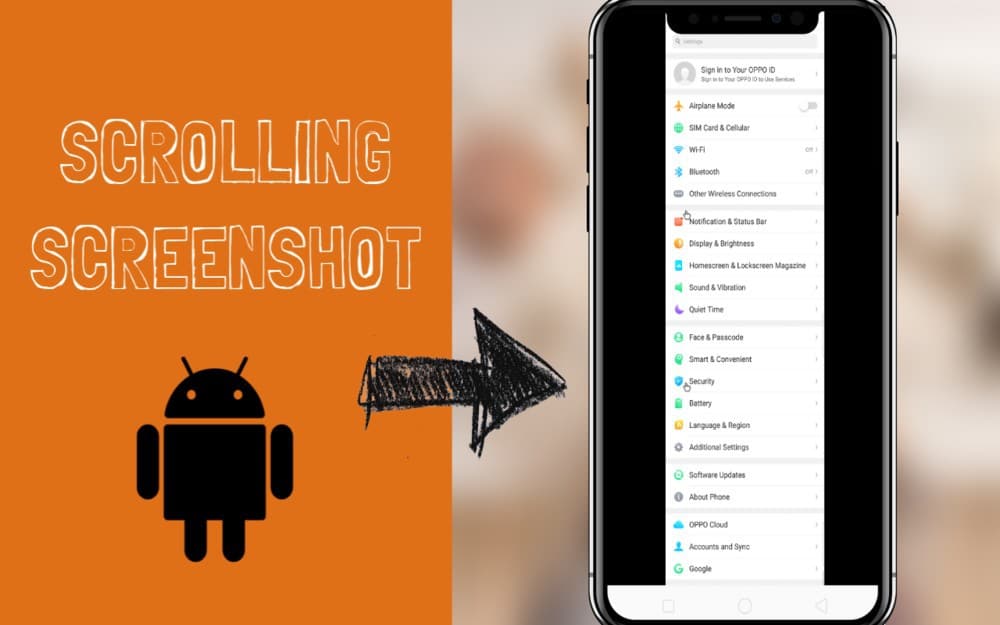 The easiest way to share any information from your phone screen is, just take a screenshot and send it to others. Taking a simple screenshot is also easy. Just press the combination of buttons, and you are done.

However, the in-built screenshot tool in Android has limitations. It only captures the things that are displayed on the screen. But what if the page you’re taking screenshot of, is way too long and scrollable?

Of course, you can take multiple screenshots. But, in that case, sending them in the correct order is real trouble. You can also stitch all the screenshots together with the help of a photo editing software. But, that will take extra time and effort.

⚪ Also read: How to take a screenshot using Google Assistant

First of all, download and install LongShot app on your Android device. Once installed, launch the app. On its interface, there are three options, Capture Screenshot, Capture Web Page, and Select Images.

Among all three options, the most effective one is the Capture Screenshot. With the “Capture screenshot” option, you can take a scrolling screenshot of any page (web page or app page) on your phone screen.

To use this option, first, it is recommended to enable auto-scroll mode. Tap on “Auto scroll” and enable LongShot service on your phone settings.

Tap ‘Capture screenshot’ icon and it will ask for the permission to appear over other apps. Just turn the toggle on. Now, a floating ‘Start’ button should appear on your screen. 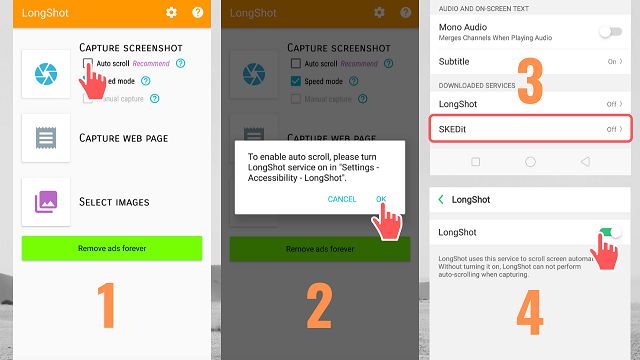 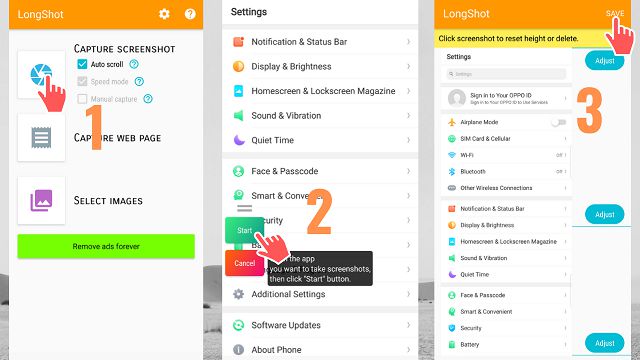 When you are done, hit the save button. The screenshot will be saved in the LongShot folder.

Note: Alternatively, you can also use ‘Speed mode’. But in that case, you need to manually scroll the page down while taking a screenshot.

I think you’ve got the answer of how to take scrolling screenshot on Android. You can also check the other two useful options on your own. In ”Capture web page” option, you can enter a URL of any web page and take a long screenshot of the entire page. The ”Select images” option will allow you to merge multiple images into one. You can use this tool to join previously taken screenshots.

⚪ Also read: How to take an android screenshot directly from Windows PC