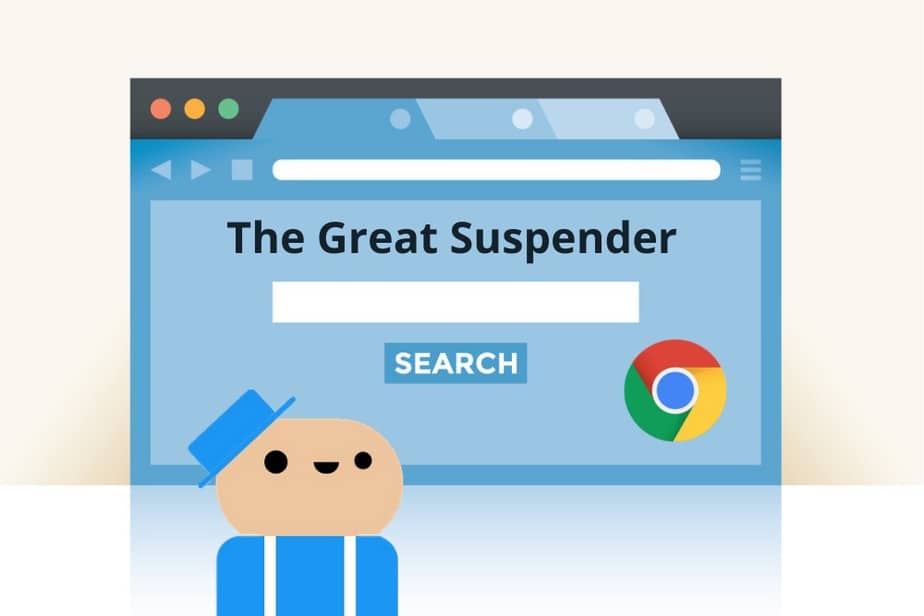 You probably must have heard the news that one of the most used Chrome extensions has been delisted from the Chrome store by Google for containing malware. The Great Suspender is an extension that was popular among users for helping reduce chrome’s memory footprint. Its job was to shut down tabs, which the user has not been using for a considerable amount of time.

The reason for kicking it out was, recently, in January 2021, the extension was sold to new developers. After the purchase, they made some changes to the extension code on GitHub, which were later found as malicious. The new code was allegedly trying to steal passwords and other details from the users. All of this raised concerns and suspicion, so Google had to remove it. Making it the second major browser to drop support for this extension; after Microsoft Edge, which was the first to remove it after its first malicious update in November.

Now that The Great Suspender is no more available, here are some of the best alternatives you can go for without worrying whether they contain malware.

Workona is a very productive take on Suspender. It’s more about grouping important tabs in one place. Workona Tab Manager limits you from opening more tabs in a window. So, if you have over 25 tabs open, Workona automatically closes the entire Chrome window instead of just a tab.

Also, it is more of a bookmark organizer. It allows you to organize bookmarks and create tab groups so that you can return to important tabs with just one click. 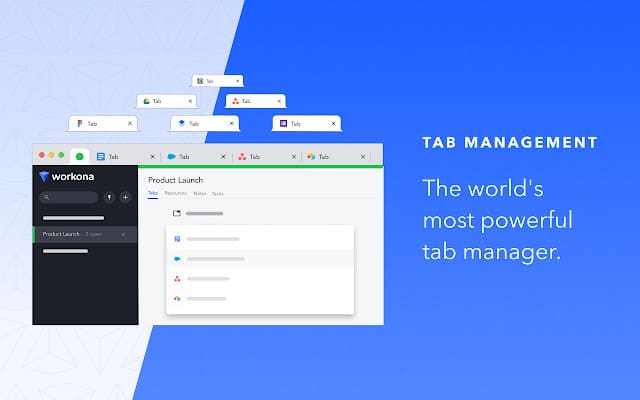 This one works quite differently from other extensions. It can reduce memory usage by up to 95%. With Onetab, your tabs are not really suspended, instead, it closes them and opens new tabs with links to those pages with just a click. The suspended tabs can be restored individually or at once.

Also, since the closed tabs link is visible to only you, it can be sharable online, in case you might need to view your tabs across different devices.

It has a save and backup feature which comes in really handy, when your browser crashes or the list of the tabs is lost, they can easily be retrieved. 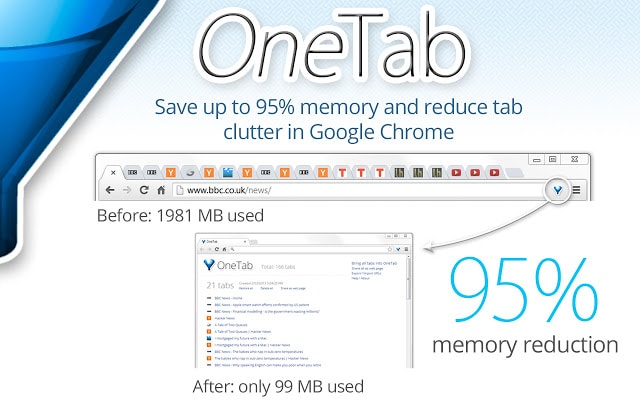 Auto Discard is the closest alternative to The Great Suspender. It auto-discards inactive or forgotten tabs after a configurable period. Further, it has some features that make it better than The Great Suspender ever was. First, it brings you back to the exact position on the page when you open a discarded tab. Second, it uses your browser’s native functions to store tab locations. This suggests that even though the extension is taken down or your browser crashes, you won’t need to recover your tabs manually. 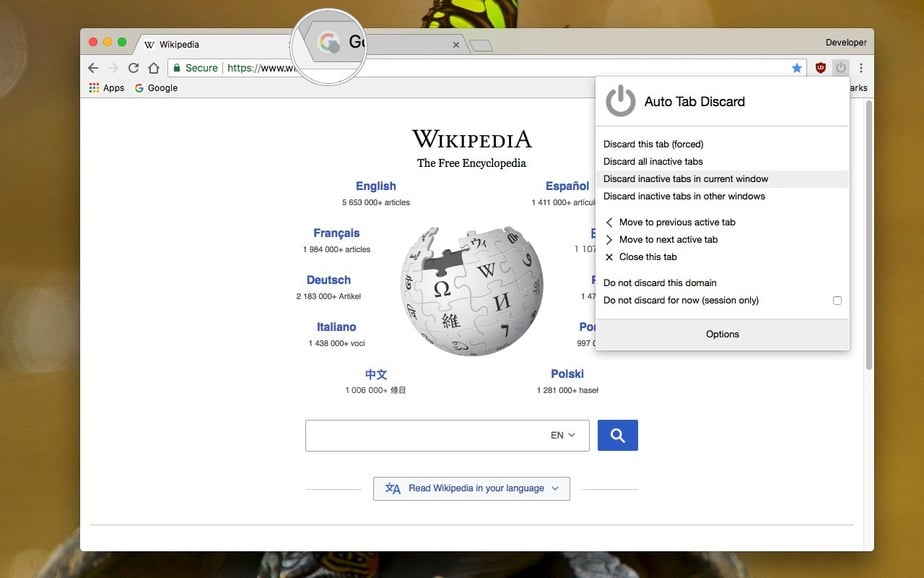 The Great Discarder is a super lightweight extension that automatically closes unused tabs after an hour. However, there are some limitations. This extension doesn’t provide a list of the suspended tabs. Instead, you would have to restore them back from the Chrome history page. And it doesn’t stop a tab from reloading once it gains focus. Despite being a new extension, it has over 20,000+ users and has been highly rated (4.5 stars).

Tabby is a Chrome tab suspender extension that suspends or closes older tabs as you continue opening new ones in Chrome. The extension is always active. When not removing tabs, it is constantly grouping them, so that when given a click it removes them instantly.

Tabby has three settings: Focus, Relax, and Customize. So these modes denote Chrome tabs count. Focus only allows you to have 5 tabs, while Relax allows you to have 12 tabs before Tabby closes older tabs. Customize is the default selected setting, and it only allows 8 tabs. The closed tabs appear under the extension pop-up and can be restored back any time. 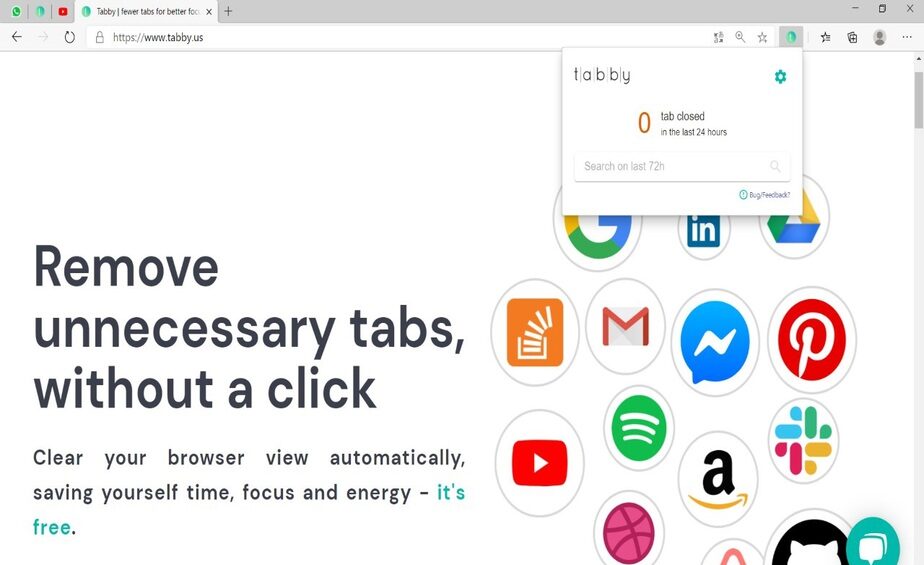 This extension is a free and open-source Google Chrome extension. If you find that Chrome is consuming too much system resources, this is the extension for you. It replicates the original “The Great Suspender” but without ADS tracking and other problems. 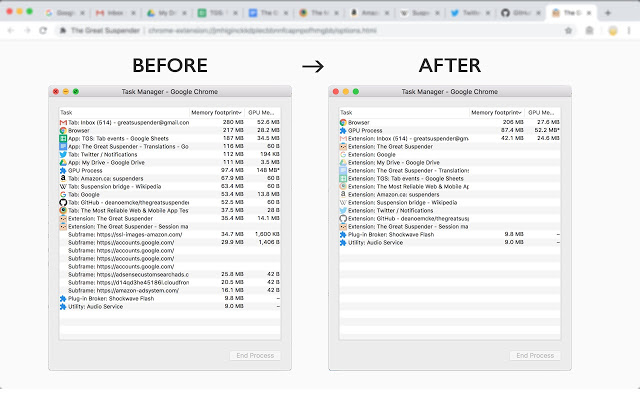 It is an easy-to-use extension that has just a handful of features which includes a whitelist and the option to automatically suspend tabs that are not in use after a fixed period. It uses native storage features to help find tabs without having to dig through your browser manually.

Another very useful tool is the Cluster Tab Manager. It helps you manage tabs to keep browser and CPU performance high. One very interesting feature is the cloud service it provides. You can easily move your work from one computer to another, losing no data.

Cluter Tab Manager has a drag-and-drop feature that allows you to move tabs between windows and to sort tabs by domain groups. Also, you can easily restore suspended tabs. 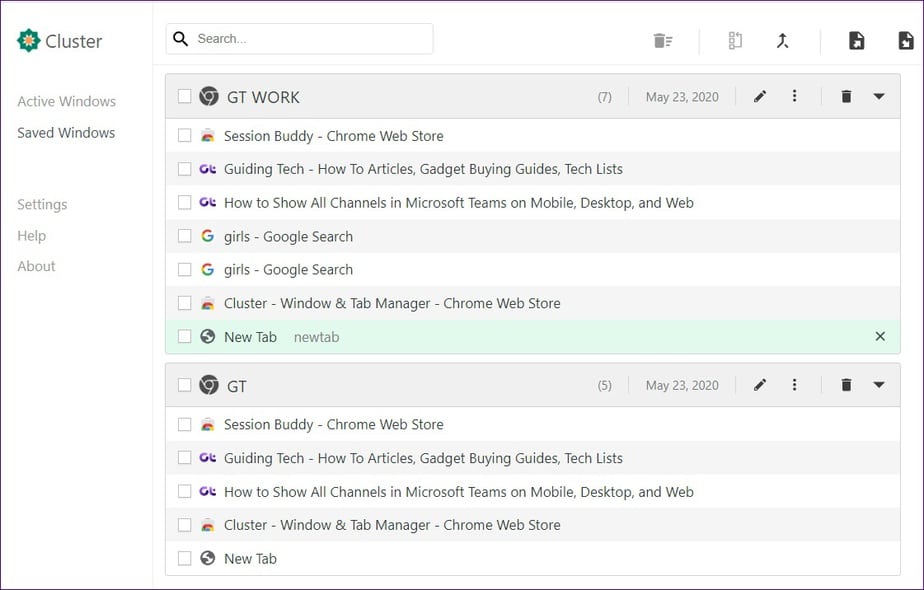 This extension helps organize messy browsers and align them into a dashboard. And with its cloud feature, you can move your work from one computer to another with ease. Infinite Tab Manager allows you to group tabs according to site and also group sites manually with just a single click. 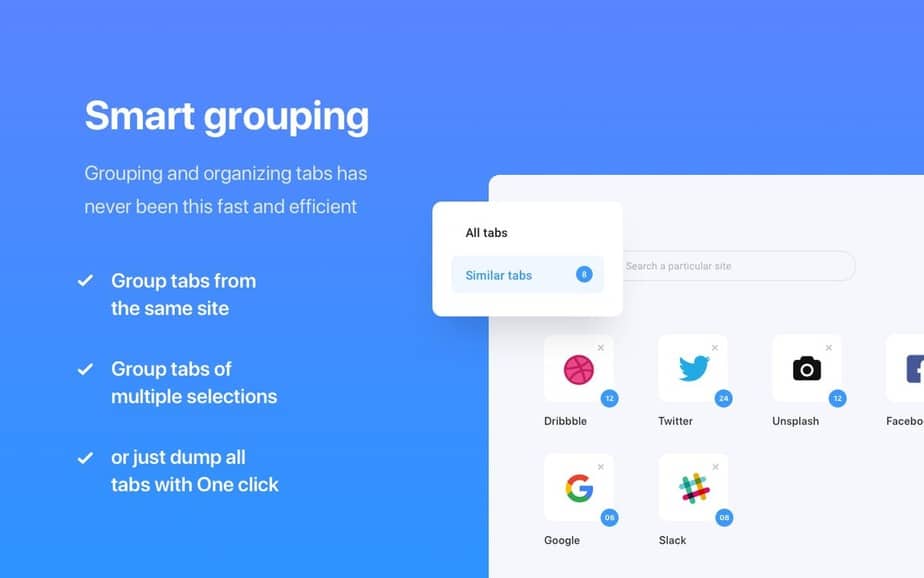 This extension is like The Great Suspender with just a slight difference. It allows you to use Chrome’s native Tab Discard API.

The change this brings about is the suspended tab maintains its state when restored, making it one of the few Chrome extensions to have this feature. Also, if the browser crashes or the tab is forced closed, all the suspended tabs are restored safely.