It’s possible to use more than one webcam on a computer at once. Webcams don’t necessarily need to be used for conversations alone. If the webcam is portable or movable, it can be pointed at other subjects that users would want to show to the other party while calling or streaming. It would be quite inconvenient if the webcam was built into the screen in the case of a laptop or all-in-one PC. Being able to use more than one webcam can be quite convenient. So, this time, we’ll discuss how to use two webcams on one computer at once.

Knowing how to use multiple webcams on one computer at once can have some advantages, especially if the computer in question has its webcam built-in. Being able to show more than one subject or more than one participant at once would be great for meetings, how-to demonstrations, or streaming. The process is also easy, and best of all, free. Just follow the instructions below and become a webcam master.

For a multi-camera setup, you can combine your computer’s built-in webcam, a USB webcam, and even your smartphone’s webcam:

Step 1: Connect all of the webcams to the computer. With the power of USB, they should all be recognized by the computer, though as of now, only one can be actively used.

Step 2: To actively use multiple webcams at the same time, we will use the SplitCam Windows app. Go to the SplitCam website and download the app. The app is compatible with Windows and macOS. Apologies to Linux users but there should be something out there for you.

Using Splitcam for this purpose is awesome enough but SplitCam has many other features including multi-streaming to various streaming sites at once, mixing audio into your streams, screen sharing while maintaining your profile, and being able to put captions onto your stream in real-time.

Step 3: Once installed, launch SplitCam and begin adding all available webcams to the app. It immediately recognizes and adds the primary webcam. 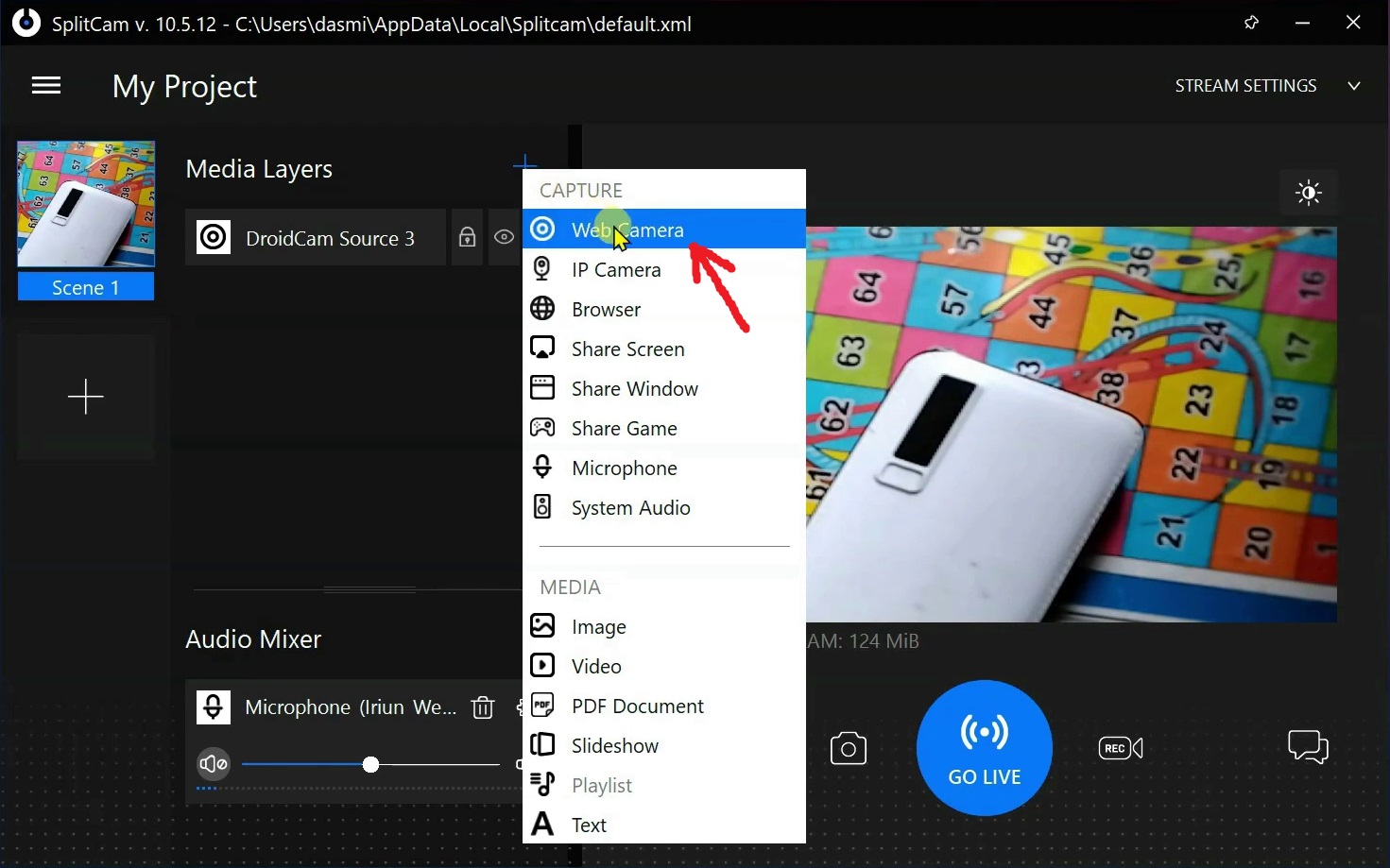 Step 4: To add other webcams, click on the plus icon beside Media Layers and add the other webcams you wish to stream from. If the webcam features multiple resolutions, SplitCam will allow them to be selectable. Once satisfied with the selection, click on Add Camera.

Step 5: It’s also possible to add wireless IP cameras to your screen. This is quite handy for many scenarios, especially if your computer has limited USB ports. 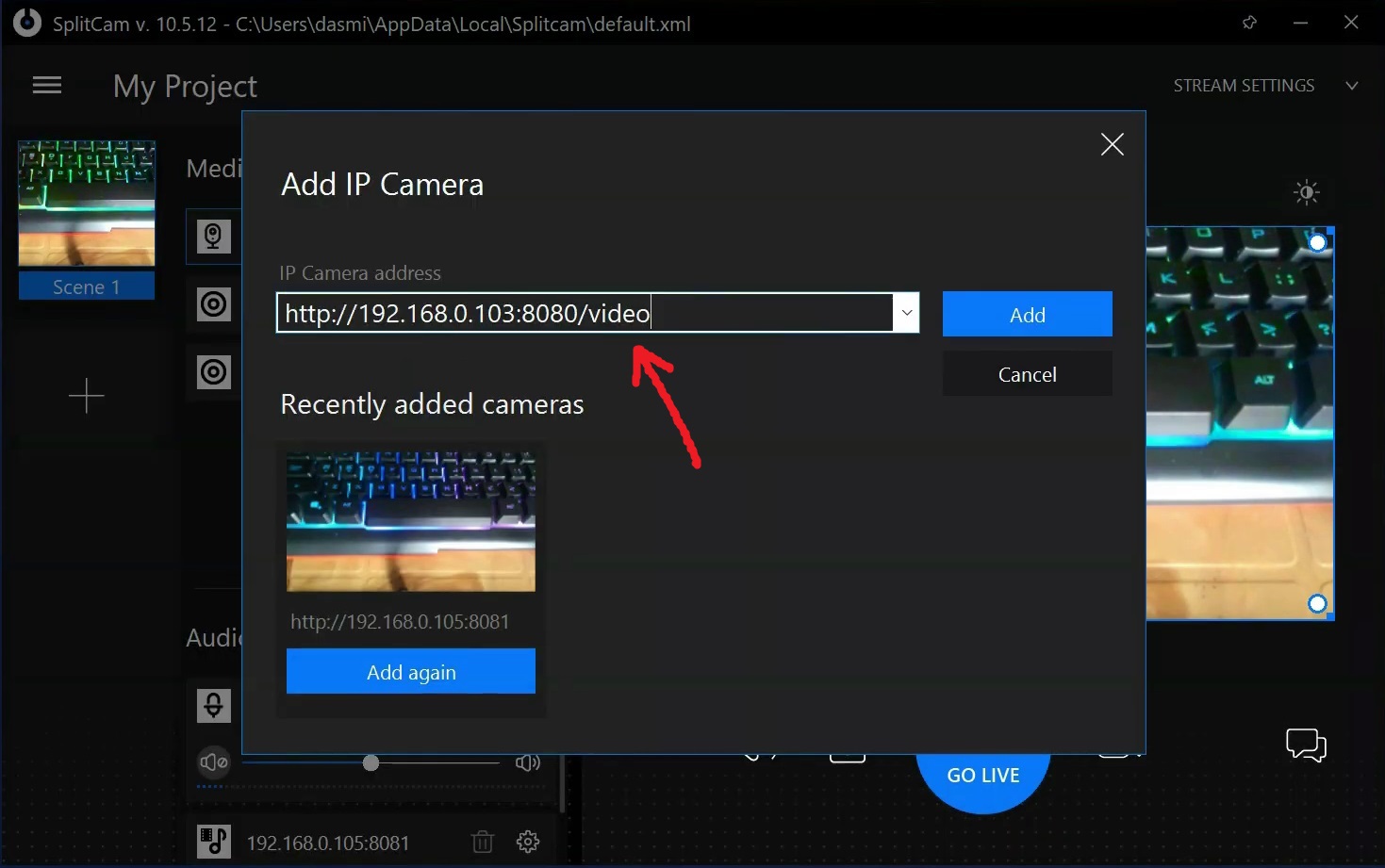 Step 6: At the preview screen, you can adjust the layout of the webcams and resize each input to the size you want.

Step 7: After adding all the webcams to SplitCam, you may open your video conferencing app, Zoom for instance. Head to the app’s Settings. Then select Video. Then select the camera to be used. In this case, select the SplitCam Video Driver as the main camera input and that’s it. 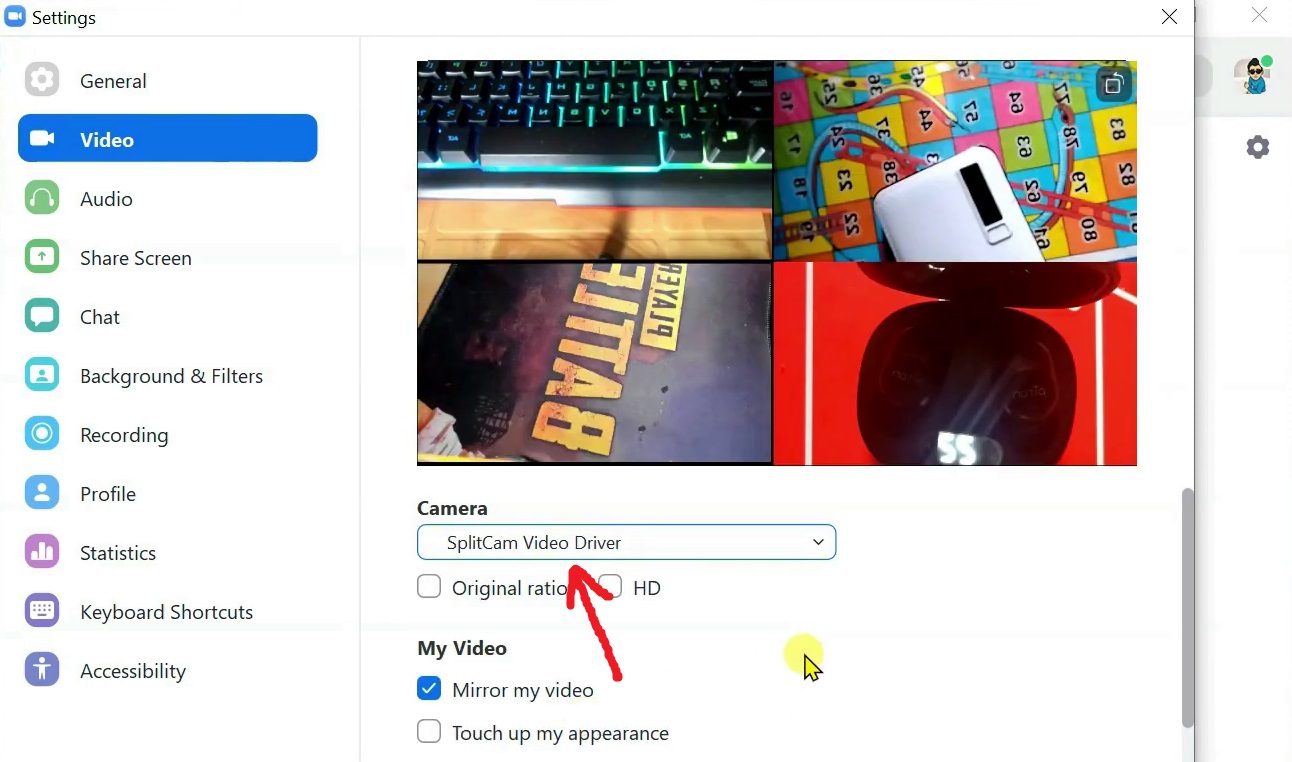 You may also do the same thing for Skype, Microsoft Teams, Google Meet, Viber, YouTube, Facebook Messenger, Twitch, and other video calling and streaming applications.

Bonus Tip: Make a CCTV System with Multiple Old Webcams and a Computer

Being able to use more than one webcam on one computer at once can also be handy in recycling old computers and webcams, especially if you have several IP webcams available. Using SplitCam, an old computer can be turned into a CCTV system for your home or small business, with as many webcams as the screen and resolution allow.

Step 1: Prepare an old computer that still qualifies for SplitCam’s system requirements. A computer that can run Windows 10 and can handle audio and video should be fine. Note that you will also need a decent amount of storage to save hours of video.

This will work best when used with IP Cameras. But you can still use old webcams with long cables, along with USB extension cables. IP Cameras should provide better flexibility.

Step 2: Launch SplitCam and click on the plus icon beside Media Layers. Add the IP webcams you wish to capture video from. At the preview screen, you can adjust the layout of the webcams and resize each input to the size you want.

Step 3: After adding all the webcams to SplitCam, you may open your choice video recording app. For example, the Windows built-in camera app. Head to the app’s Settings. Then select Video. Then select the camera to be used.

Select the SplitCam Video Driver as the main camera input and then hit record. With that, you now have a makeshift CCTV system.